From tiny nations to even smaller city-states, there’s certainly no shortage of history and quirkiness when it comes to the European continent. From the last remaining Grand Duchy in the World to a country with under 40,000 residents, here are the very smallest countries in Europe. And of course, the smallest country in Europe of them all…

Cyprus, officially known as the ‘Republic of Cyprus‘ is a tiny island that packs in oodles of culture and history for a place its size. Located in the Eastern Mediterranean, with over a million residents, it’s the third most populous island in the Mediterranean Sea.

Head here if you love good food, history (there’s evidence of human habitation of Cyprus dating back 10,000 years) and plenty of good weather. Fun to visit all year ’round, the best time to go is probably during the shoulder seasons (i.e. spring and autumn) when the weather is at its best and the crowds are lower. For more epic reasons why you must visit Cyprus, check out this guide to the best of Cyprus!

In mid-2017, I was fortunate enough to visit the small country of Luxembourg for three days, which happens to be the last remaining Grand Duchy in the world. Located on the borders of France, Belgium, and Germany, this tiny country is filled with plenty of fairytale castles.

And despite a population of just 600,000, Luxembourg has three official languages, including its own language, that of Luxembourgish. Head here if you’re looking for somewhere a little more unusual for your central European adventures, as well as if you want to experience some great food.

Nestled between Spain and France, Andorra is actually a principality, meaning that rather than being ruled by a King, it’s ruled by a Prince. Andorra is even more unique in the fact that it has two co-princes.

One is the elected President of France while the other is the Spanish Catholic Bishop of Urgell. Head to Andorra if you want to experience a Nation with just 77,000 residents, great ski resorts (in the winter months) and Romanesque architecture.

Malta, also known as the ‘Republic of Malta’ is a set of three tiny islands with a population of over 400,000 and a language of its own, Maltese. The other official language of Malta is English. Located between Sicily and the North African Coast, it’s one of the world’s most densely populated countries.

Furthermore, Malta’s strategic position in the Mediterranean means that it was used as an important naval base throughout history. Visit Malta if you want to experience the cleanest beaches in Europe.

Other reasons to head to the small European island include if you love eating seafood (or other fresh island produce), and want to swim in crystal blue water. Malta also has an incredible history and boasts multiple prehistoric sites you can see for yourself.

Situated right between Switzerland and Austria, the tiny country of Liechtenstein has around 37,000 residents, and is just 25km long but is estimated to be the richest country in the world per capita.

Liechtenstein is doubly landlocked (meaning that you must pass through two countries to reach the sea) and is the only country in the world to exist entirely in the alps. Visit Liechtenstein if you love medieval architecture, alpine food and mountain sports.

Perched high above the hills of the surrounding Italian landscape, San Marino is a micro-state and one of the world’s oldest republics. Also known as the ‘Most Serene Republic of San Marino’, it has a population of just 33,000 residents and was founded on the 3rd September 301.

However, the Republic was not officially recognised as an independent state by the Pope (at that time one of the most important people in the world) until 1631. Visit San Marino if you love good food, plenty of green landscapes and a great view!

Located along the French Mediterranean coastline, Monaco is an independent city-state famed for its position along the Côte d’Azur. Surrounded by a dazzling azure blue sea, Monaco in the past century Monaco has gained a luxurious reputation as a result of its Casinos, upmarket hotels and the annual Grand Prix motor race.

Visit Monaco if you want to visit the world-famous Casino, go cycling and watch the sunrise above one of the most beautiful stretches of coastline in the world. A trip to this tiny principality can also easily be combined with a visit to the rest of the French Riviera coastline, including nearby cities and towns like Nice, Menton, and Cannes.

Also known as ‘Supreme Pontiff’, the Pope is the leader of the worldwide Catholic Church. Head to Vatican City if you want to experience plenty of art, architecture and see the beautiful ceiling of the Sistine Chapel for yourself…

Enjoyed finding out about the smallest country in Europe? Pin it now, read it again later:

What is the Smallest Country in the world?

Of course, it’s worth noting that there are plenty of other tiny nations, small kingdoms, and other small countries across the world. The world’s smallest country is technically Vatican City. Nestled in the heart of Rome, it’s well worth discovering on a two week Italy adventure.

Other tiny countries which are also in Europe and are among the smallest countries in the world include Monaco, San Marino, Liechtenstein, and Malta. Also within the top ten include the Maldives (300 km²), Saint Kitts and Nevis (261 km²), Marshall Islands (181 km²), Tuvalu (26 km²), and Nauru (26 km². Located to the East of Australia, Nauru is the smallest island country in the world). 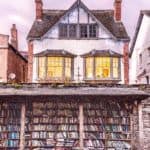 10 Literary Locations in Europe Every Bibliophile Must Visit Once! 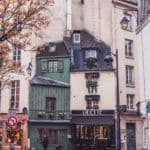 15+ City Breaks in Europe Worth Taking Over a Long Weekend 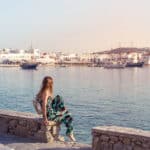 Islands in Europe You Must Visit on Your Next Adventure
252 shares
Click here to cancel reply.