Overlooking the towers of Notre Dame and surrounded by cherry blossoms in the springtime, Shakespeare and Co is a firm fixture in the Parisian landscape, particularly when it comes to the city’s rich literary scene. But what may well surprise many visitors to the city is that the shop now situated along the banks of the River is actually the second such establishment to bear the same name. Here’s a brief guide to the surprising history behind the Original Shakespeare and Company.

“Be Not Inhospitable to Strangers Lest They Be Angels in Disguise,” – the Shakespeare & Company Bookstore motto 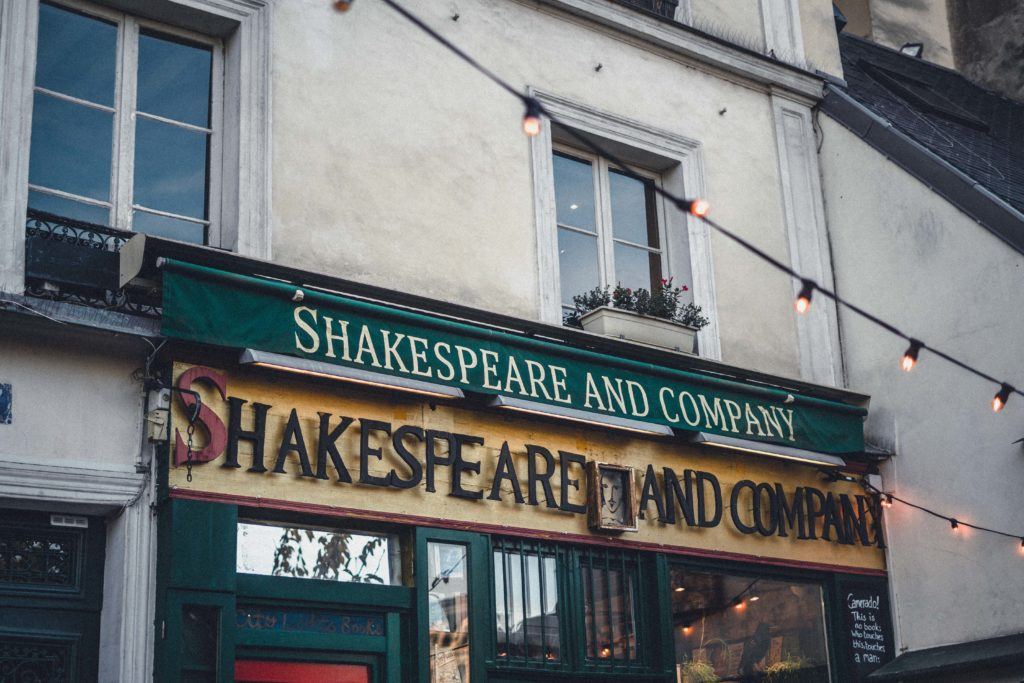 The roots of Shakespeare and Co. date all the way back to 1919 when a bookstore was founded by an American, Sylvia Beach, as an English language bookstore in the heart of Paris. It should be noted that this was not the first English Language bookshop in Paris – that title goes to Librairie Galignani along rue de Rivoli.

The store was located at 8 rue Dupuytren before it soon outgrew its premises and so was moved to 12 rue de l’Odéon in 1922. Over the following few years, the popularity of the original Shakespeare and Company only grew, to the point where many of the most famous English language writers of the day in Paris started flocking to the store to hang out. 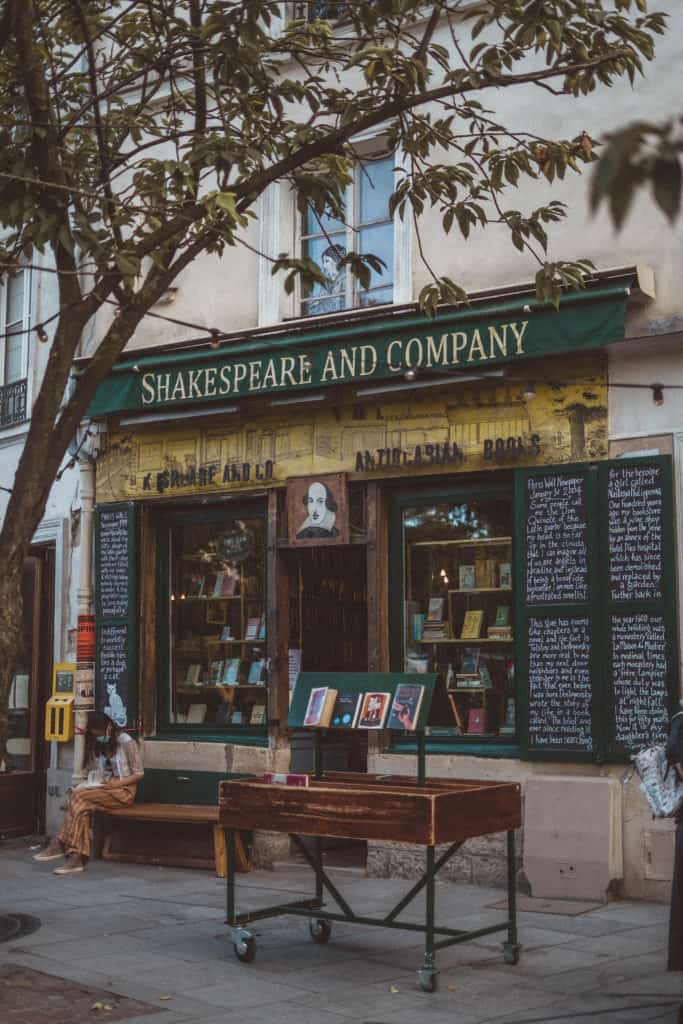 Ernest Hemingway, Ezra Pound, and James Joyce all hung out together at the store (oh, how I would love to have been a fly on the wall during those conversations!) The store thrived during the following decades before it was forcibly shut in 1941 during the Nazi occupation of France. The original Shakespeare and Company never again opened its doors.

In 1951, an American in Paris by the name of George Whitman opened an English Language bookshop named  “Le Mistral” at  37 rue de la Bûcherie in the Latin Quarter of the city. In 1964, the store was renamed “Shakespeare & Company” as a tribute to Sylvia Beach’s original store (Sylvia Beach passed away in 1962), as well as to mark the 400th anniversary since the birth of William Shakespeare. 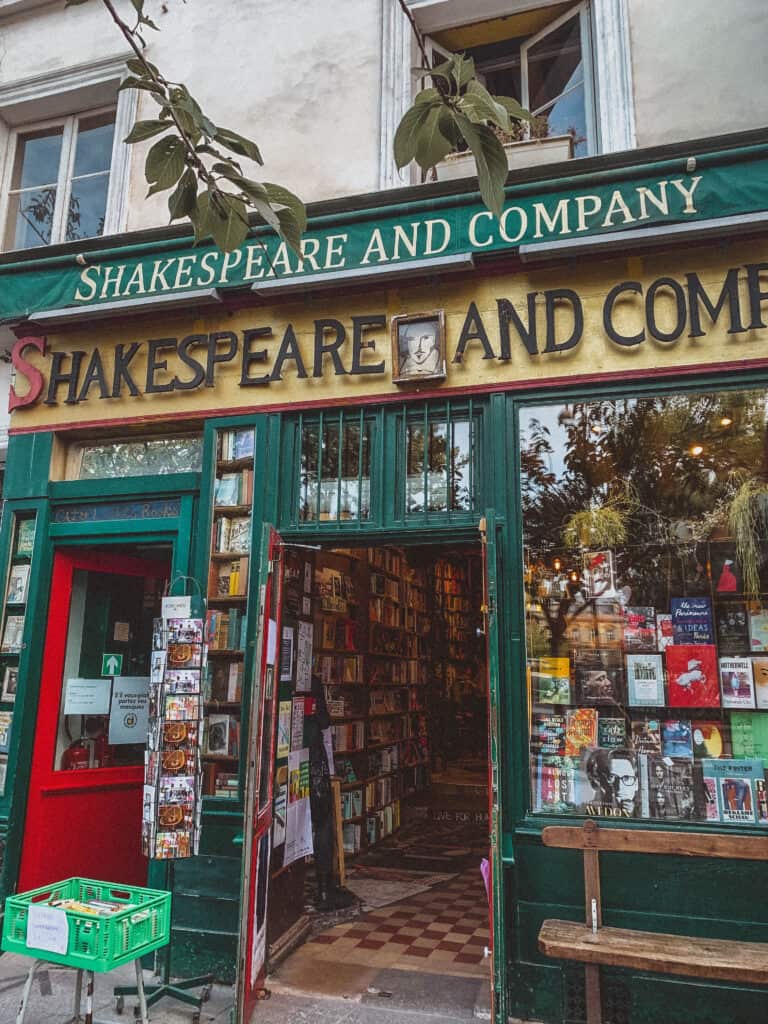 Home to shelf upon shelf of books and famed for its long and rich history, the current incarnation of Shakespeare and Company has been in operation since the 1950s and is well-known for hosting events, as well as being home to a delightful reading room which is free for all to use.

The bookshop is located in a building which is situated on what was once a 16th-century monastery. Today, wander inside and you’ll be greeted by a historic 17th-century building complete with wooden beams, wonky walls, and low-hanging ceilings.

As well as current best-sellers, the store always has a delightful curation of unusual handpicked selections of books you may well have never heard of before. More often than not, there’s an accompanying short review on a card nearby, urging readers to give the book a second look (and perhaps even purchase it for themselves).

When you purchase a book at Shakespeare & Co. today, you can even opt to have the interior of the book stamped with a ‘bookshop stamp’. Please note that you’re not allowed to take photos inside the store. Instead, put your phone away, soak up the atmosphere, and enjoy the experience!

The Tumbleweeds of Shakespeare and Co.

One tradition I particularly love about the store is that of ‘The Tumbleweeds’. The programme is essentially where guests, referred to as ‘tumbleweeds’ can stay free of charge in exchange for a few hours help in the shop each day, a one page autobiography, and that they ‘read a book per day’. Since the very first ‘tumbleweed’ in the 1950s, over 30,000 people have slept at Shakseapre & Co. as part of the programme!

How to visit Shakespeare and Co

Situated close to the ever-so-charming Square René-Viviani (constructed on the site of a former cemetery and home to what is alleged to be the oldest tree in Paris) and lying in the shadow of Notre Dame Cathedral, Shakespeare and Company is one of the most iconic businesses in the City of Light.

Just next door to the winding shelves of the bookshop, there’s a café that’s owned and operated by the family-run business, named the Shakespeare and Company café. For bibliophiles and caffeine lovers alike, a visit to the coffee shop stuck to the side of the bookshop is an absolute must.

Under the shade of some of the prettiest cherry blossoms in the springtime and boasting outdoor benches for coffee consumption during the summer months (and in the winter for those brave enough to endure the cold), the establishment has been open to the public since autumn of 2015.

On the menu you’ll find plenty of speciality coffees (including dairy milk alternatives), as well as a whole host of predominantly vegetarian food options. Alternatively, you can get your coffee to go and take it on a stroll along the nearby left-bank of the Seine. 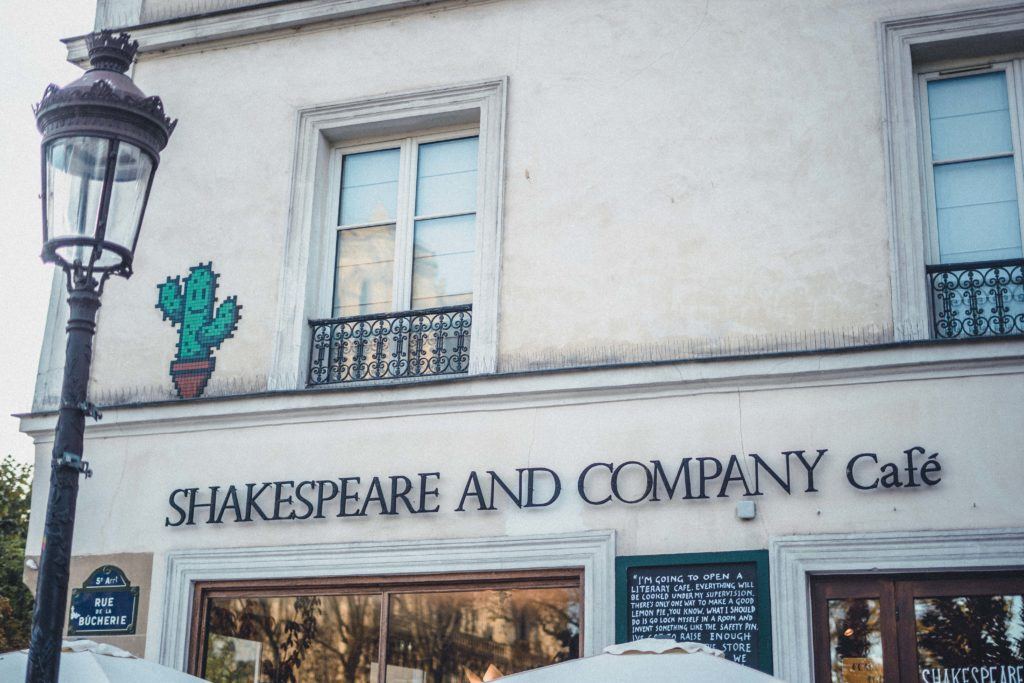 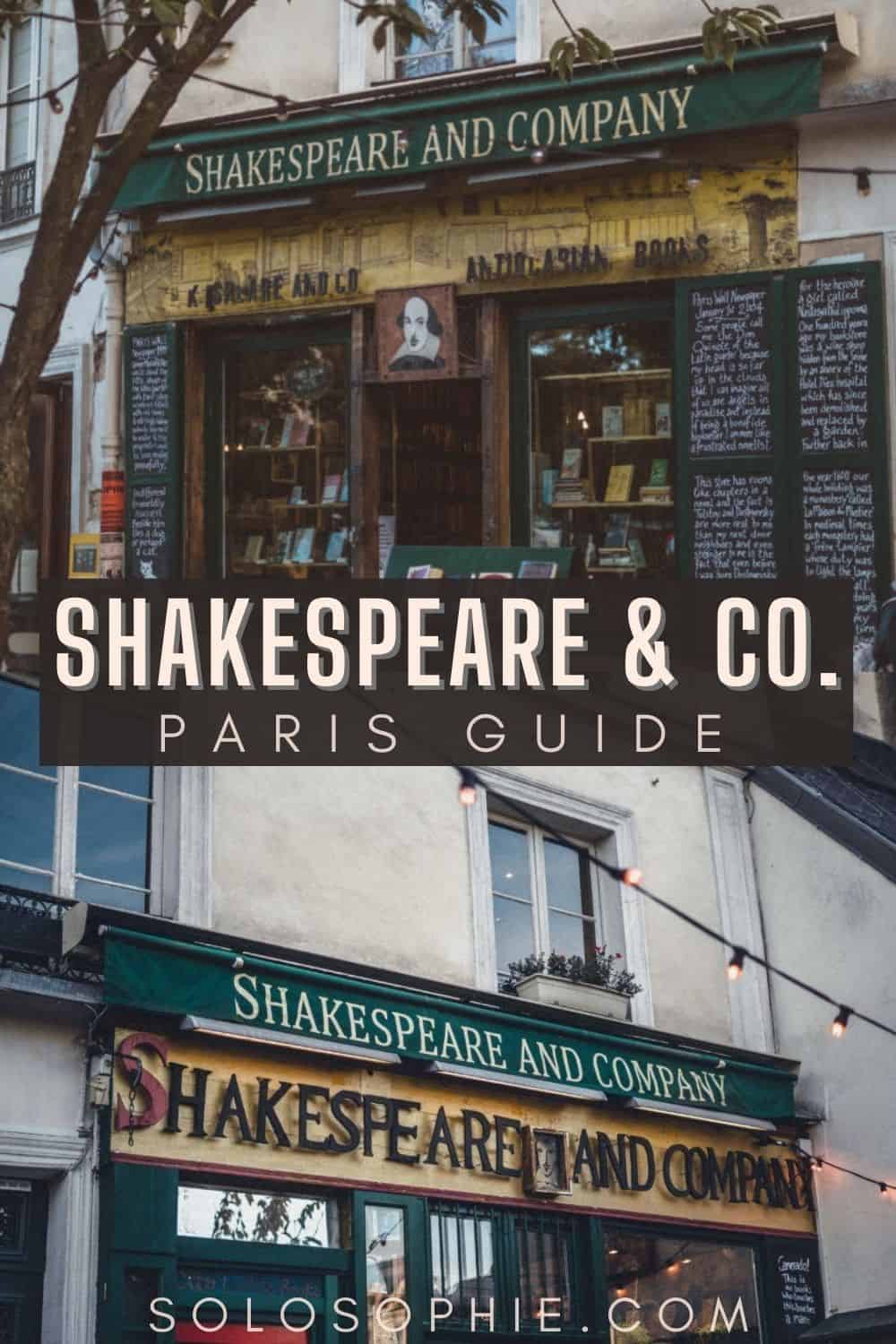 How do you tumbleweed? Do we have to contact them beforehand?

Oh I do love your blog so much Sophie! Not only is it filled with fantastic travel inspiration but I also love all the quirky facts and historical blogs you share. Keep 'em coming; they're a godsend (especially these days) :-D