Do you love history?  Fancy a foodie experience? Are you forever on the lookout for your next adventure? Well, the beautiful island of Cyprus can be found in the Eastern Mediterranean and is incredible to visit all year ’round. Once there, endless sandy stretches, UNESCO heritage sites, and seaside resorts are all to be found in abundance. Here are some epic reasons to visit Cyprus ASAP!

Mediterranean cuisine can be found in abundance

Fresh from the vine tomatoes, riper than you’ve ever seen them citrus fruits, gourmet potatoes, and much much more: there’s no shortage of incredible cuisine in Cyprus. From dishes which are Cypriot in origin to dishes from the wider Mediterranean region, you’ll be spoilt for choice should you choose to visit Cyprus.

If you eat fish, then there’s also a myriad of sea-inspired dishes on the menu, with each offering fresher than the last. And for those with a sweet tooth, Cyprus certainly does not disappoint! One of the best sweet treats originating on the island is Loukoumi.

Other dessert products are dipped in honey, coated in almonds, and infused with flavour; altogether delicious! If you prefer your sweets to err on the savoury side of things, then several dishes are created using the local anari cheese, including one with filo pastry.

Cyprus has plenty of history from antiquity (and beyond)

Whether you want to wander in amongst centuries-old tombs or simply want to admire some of the most beautiful mosaics to have survived from the Greco-Roman world, Cyprus has all this to offer and more. The entire town of Paphos and its surrounds is designated a UNESCO world heritage site.

Within the listing, there’s an ancient amphitheatre that dates back to the 2nd Century BCE, as well as the old harbour complete with an impressive fortress which is often referred to as a castle. Elsewhere on the island, the painted churches of the Troödos Region date back centuries.

There’s incredible weather all year ’round

Whereas high season (i.e. the summer months) offers endless sun and clear blue skies, winters remain mild, especially so close to the sea. During our visit to Cyprus, our guide even informed us that in the cold months, it’s possible to go skiing in the mountains in the morning, followed by a swim in the sea in the afternoon!

Between mountaintop hamlets and seaside settlements, there’s no shortage of beautiful places to explore in Cyprus. Some of the prettiest villages in Cyprus include the impossibly picturesque Pano Lefkara, Platres, and Omodos. While in Omodos, be sure to go wine tasting at Linos Tou Charilaou and discover the interior of the Timios Stavros Monastery.

When wandering around the villages, I highly recommend soaking up the ambience and taking your time to enjoy the moment. Should you choose to make your next getaway Cyprus, you’ll soon discover that much of the charm of the island lies in a laidback vibe, particularly during meal times when a single mezze lunch is often enjoyed over the course of several hours.

Cyprus has plenty of local craftsmanship

So iconic is some of the artwork and techniques used in craftsmanship that it’s been listed within the listings of UNESCO intangible cultural heritage. While visiting the beautiful mountainside village of Pano Lefkara (so-called as a result of the limestone cliffs which surround it), we were soon acquainted with Lefkaritika.

This needlework and linen embroidery date back for centuries. So iconic is the craftsmanship of the women of Pano Lefkara, that it’s even alleged that Leonardo da Vinci himself incorporated the ‘zigzag’ design into his depiction of the tablecloth in the painting of the Last Supper which can now be found in Milano.

Cyprus is home to some pretty stunning scenery & local wildlife

Visiting Cyprus will reward you with all sorts of fabulous views. Between crystal clear waters, crashing waves, impossibly high mountain ranges, and olive groves, there’s no shortage of breathtakingly beautiful scenery when it comes to Cyprus. For example, the salty lakes are home to plenty of flamingoes!

It may well surprise you to know that these great birds are actually born grey and turn pink as a result of their diet. In other parts of the island, the tumbling falls of the Troodos Mountains impress everyone, while Avakas Gorge is a particularly scenic nature trail.

Cyrpus is the birthplace of Aphrodite!

Also known as Venus, the goddess of love, Aphrodite, is synonymous with Cyprus. Legend has it that when she was born from the sea spit, she emerged onto the Petra tou Romiou (Aphrodite’s Rock).

Located in the Pafós district of Cyprus, the myth goes on to explain that Aphrodite was soon escorted by a shell chariot onto the golden sandy beach close to the rock formation.

There are some pretty luxurious places to stay

During our stay in Cyprus, we were lucky enough to stay at the Elysium Resort and Spa. This five-star luxurious accommodation has everything you could ever want or need on holiday and more. Constructed between 2000 and 2002, the resort features over 200 rooms, each at varying price points.

Amenities of the hotel include a sumptuous buffet breakfast each morning, several international cuisine restaurants, and an impossibly clear pool. During my stay at the Elysium with Jet2holidays, my room even featured a balcony with views over the Mediterranean Sea.

Constructed so as to be a home away from home (complete with indulgent extras like a pillow menu and lighting dashboard), the entire experience truly was one of the best accommodation experiences I’ve ever been lucky to have had…

Some of the best beaches to be found anywhere in Europe can be discovered in Cyprus. Golden sand and azure blue sea come together to make for the ultimate getaway from the hustle and bustle of daily life. Even if you’re ‘not a beach person,’ there’s plenty of opportunities to partake in sports alongside the beach.

Some of the best places to stay if you want to soak up the sun and head to expansive beaches on a daily basis include Larnaca, Paphos, Ayia Napa, and Limassol. As well as hiking, beach activities in Cyprus include parasailing, snorkelling, scuba diving, and more!

Cyprus is fairly easy to reach!

Due to its popularity as a holiday destination over the decades (particularly by British and German tourists), Cyprus has never been easier to reach. You might well also be interested to know that the plugs in Cyprus are the same as those of the UK and everyone drives on the left-hand side of the road.

From the UK, the short haul flight is several hours in length. To reach the island, Jet2 operates flights from Manchester on a daily basis. The airline operates from nine UK airports (almost all of these destinations have regular deals for Cyprus Jet2holidays) and the time difference between the UK and Cyprus is two hours.

Upon return, it’s also possible to secure flights with Jet2 from Paphos back to the UK. As you can see, Cyprus adventures are fairly easy to get to. The only thing left is for you to book a ticket and head off on a new journey to Cyprus.

Enjoyed reading about some of the best reasons to visit Cyprus? Pin it now, read it again later:

I visited Cyprus thanks to Jet2holidays.com to Paphos and Visit Cyprus. This is a sponsored post. However, all photos, words, and opinions are my own. 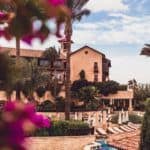 The Elysium Hotel Review: A Luxury 5* Resort in Paphos 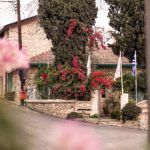 Pano Lefkara Guide: Is This the Prettiest Village in Cyprus? 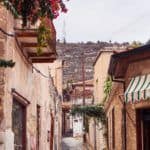 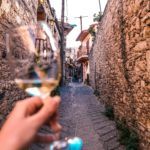 Love this!! I want to re-live it all over again xx