Picture perfect Santorini is ever popular with visitors from all over the world, and for good reason. Known for its stunning sunsets, volcanic beaches and numerous things to do (asides from sunbathing), the island is also home to an array of windmills, which have a fascinating history dating back many centuries. From luxurious windmill villas to the historic and crumbling ruins of the Windmills of Emporio, here’s everything you want to know about Santorini Windmills, as well as how to visit and things to know before you go. 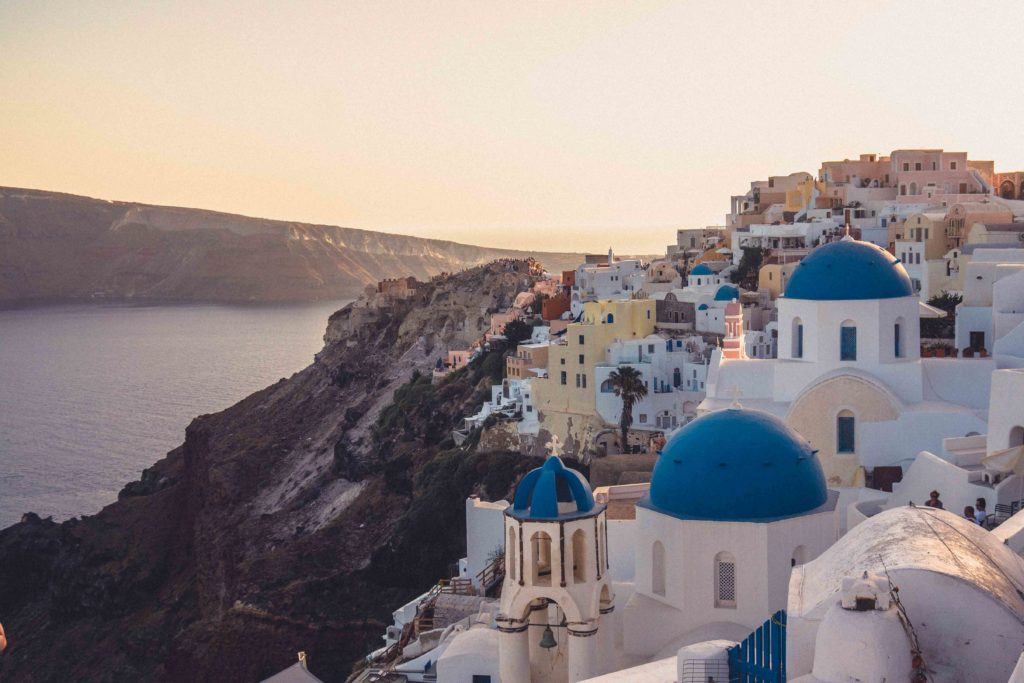 The Cycladic Islands are so-called because they form a sort of cyclical shape in the Aegean Sea. Noted for their picture perfect sea vistas, quaint villages, and delicious fresh food offerings, Greek Island hopping has been popular for decades, but perhaps never as much in the past decade or so.

And the most famous of the isles of the azure blue Aegean is that of Santorini. Home to some of the oldest vineyards in Europe, a plethora of water-based activities, and with a wealth of accommodation options to suit every budget, you could easily spend a week exploring the island of Santorini, and even then not manage to see it all. 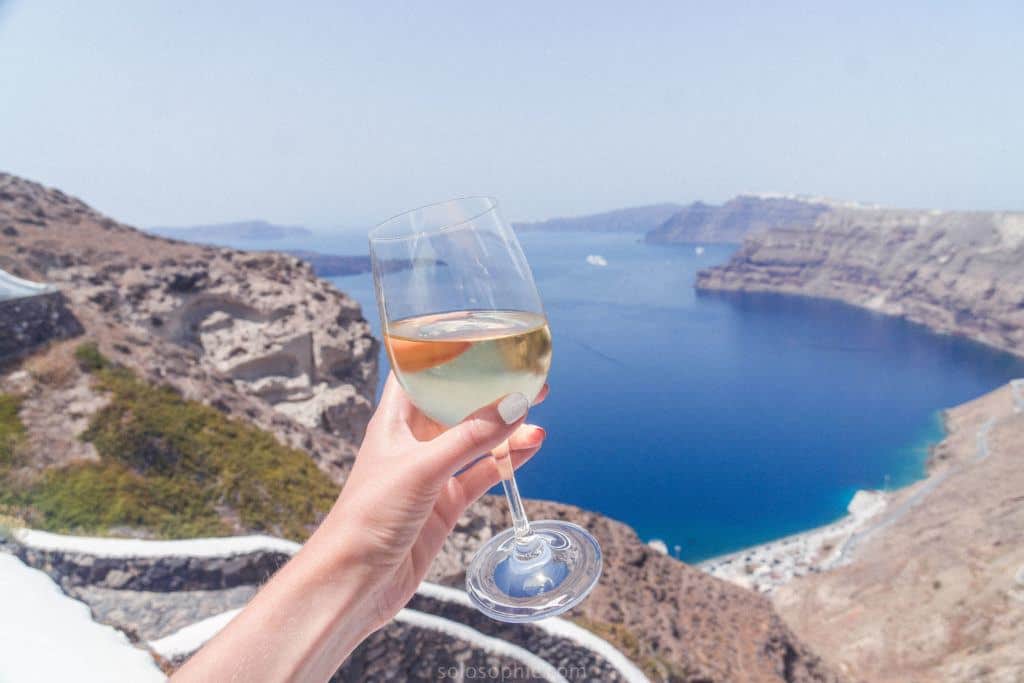 A history of the Santorini Windmills

Due to their location, all of the Cycladic islands are pretty windy (which in turn has meant that the vineyards are pretty unique, with vines being cultivated in a protective ‘basket’ shape). For centuries, this weather energy has been harnessed to ground flour mill, and perhaps no other island is quite as famous for its windmills as the windmills of Mykonos.

Santorini has about 70 such historic windmills. A sun trap landmass of an isle, the rubble of long abandoned windmills can be discovered across the island, including in the capital of Fira. Some studies suggest that windmills were in use on Santorini as early as the 14th-century, though none of these earlier structures remain standing to this day. A common occurrence would have been that a windmill complex would not only have been used to ground flour, but also have been used in operation as a bakery, thus meaning that an entire business could have operated out of a single building.

Today, a handful of windmills still remain on the island, though many have since been converted into housing and holiday lets. Most of the Santorini windmills that remain to this day were constructed from the 17th-century onwards, with many of the converted accommodations dating from the 18th-century. 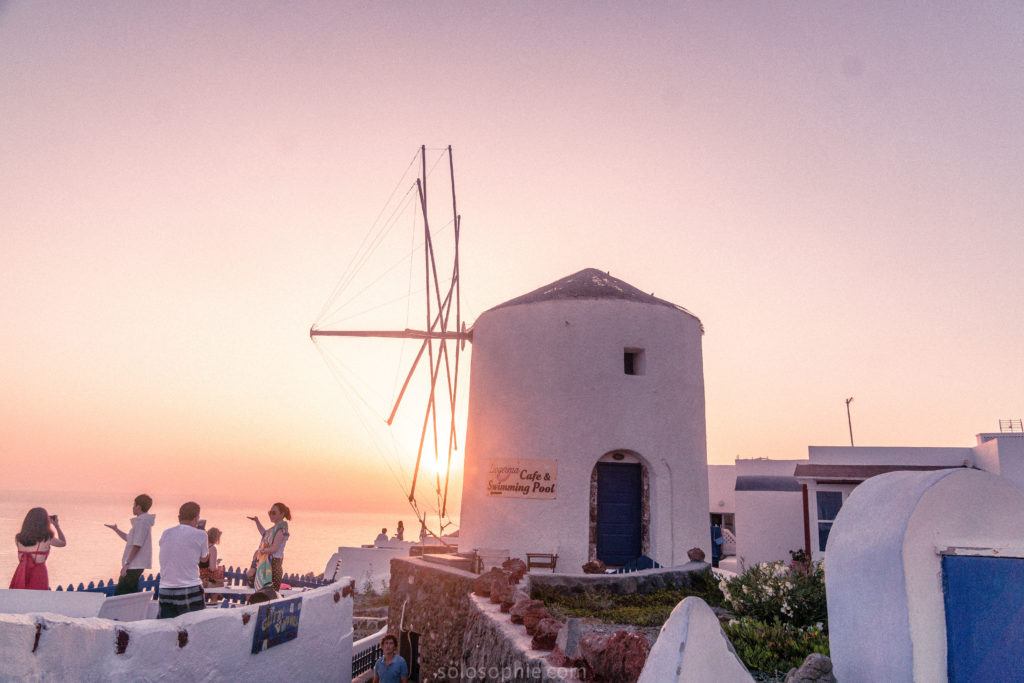 How to visit the windmills of Santorini

Though there are a number of windmills dotted across Santorini, some of the most iconic and beautiful structures can be found in the tiny village of Oia. Picture perfect and best-seen at sunset, the town is the most famous of all of Santorini’s settlements and is home to some of the island’s best restaurants, shops, and even the ever-so-cool bookshop, the Atlantis Bookstore.

If you’ve ever seen a postcard from Greece, then no doubt you’ll also have spied the blue domes of Santorini. These too are to be discovered amidst the houses and hills of Oia. With this being said, it’s worth noting that the actual capital city of Santorini is actually Fira, a similarly pretty town perched on the cliff tops above Santorini’s principal port. 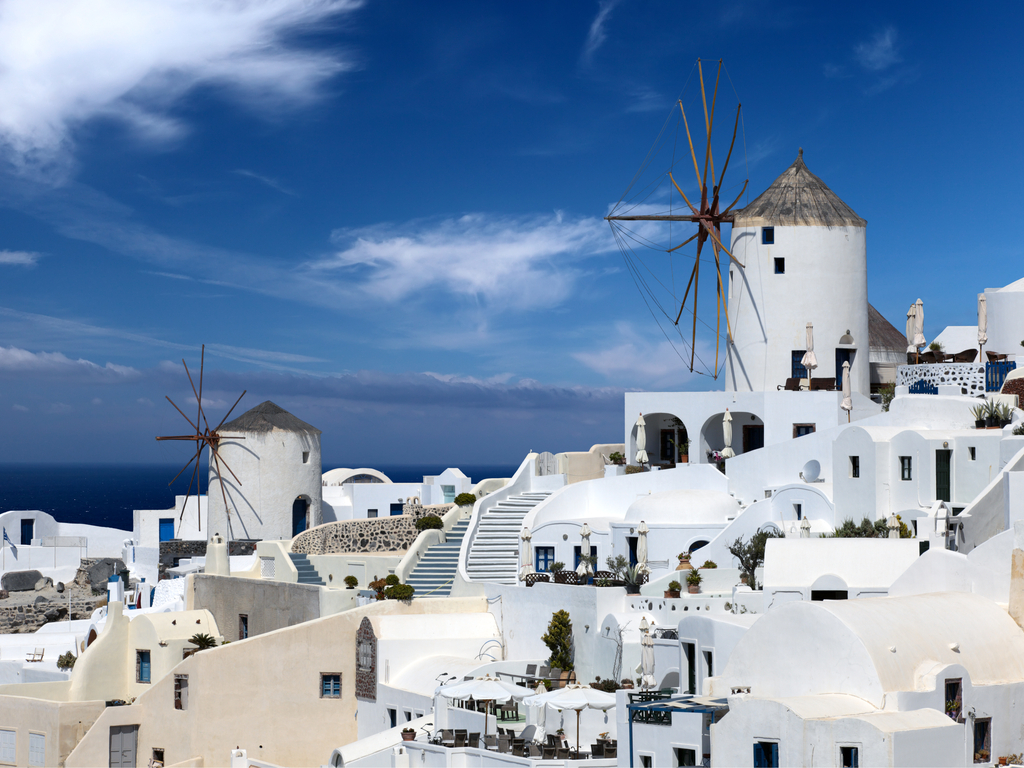 Some of the more iconic Santorini windmill ruins are those of the archaeological site to the South of the island (check here for the exact address and coordinates), on Gavrilos hill. In total there are eight windmills.

However, when it comes to the windmills of Emporio, it should be noted that there is little to see asides from a few crumbling ruins and so go expecting a fantastic walk with pretty views as opposed to an opportunity to enjoy great architecture in order to avoid dissapointment!

Although these windmills are of historic importance, only a few have been restored! While some have been transformed into houses, others remain in various states of disrepair. If you’re looking for more things to do in the area, then be sure to carry on the road down to the church of Prophet Elias for some of the best views of Santorini. 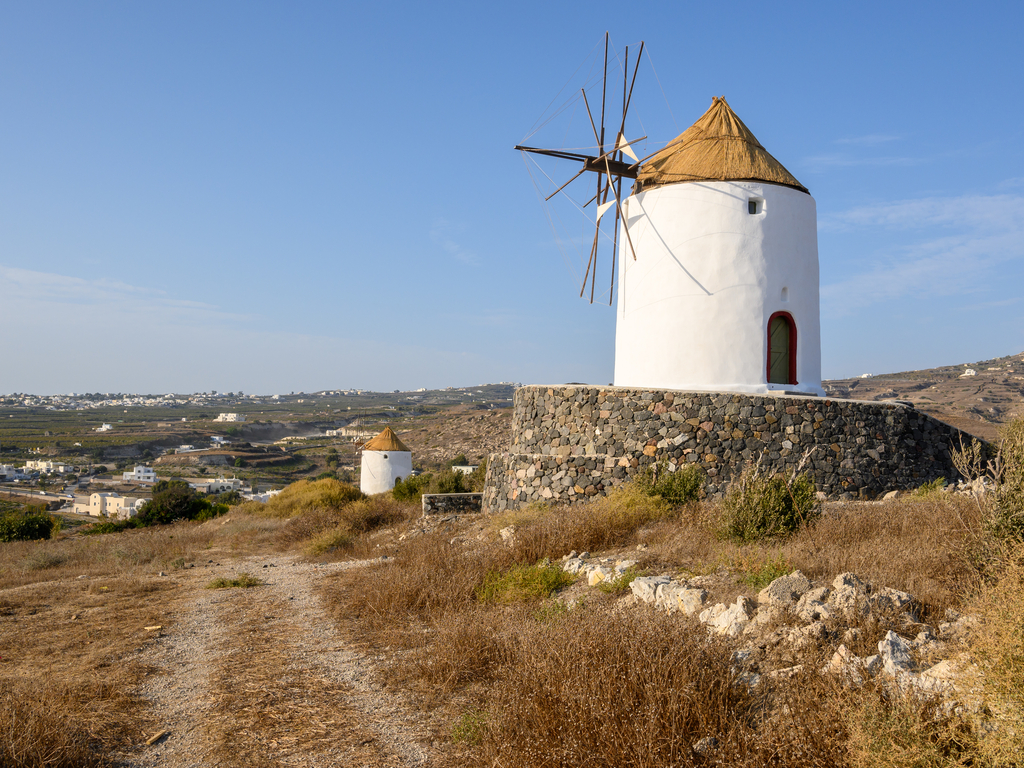 Stay in a windmill on Santorini

Otherwise, if you’re looking for a unique experience during your stay on the island, then you may well want to book a windmill! There are a number of options from which to choose, but some highly recommended places (based on reviews and location) include this stunning Windmill House which is located close to the Emporio windmill ruins and the incedibly well-reviewed Windmill Villas, which boast a pool and can be found in Imerovigli.

A final note on visiting the windmills of Santorini

You will surely not be disappointed should you opt to visit Greece (especially Santorini), though there are a number of things to consider while planning your trip, such as the best time of the year to visit and other travel considerations. Check out our guide to the best of Greece tips for more information and inspiration!

Enjoyed reading this guide to the Santorini Windmills? Pin this article now, read it again later 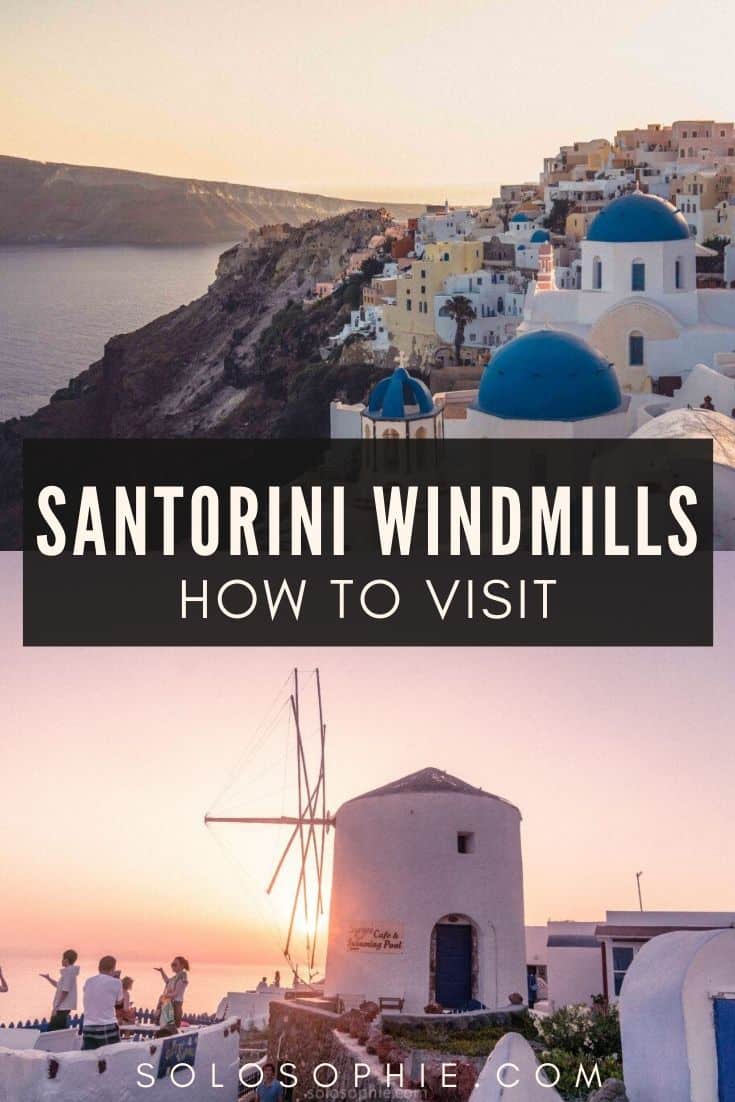 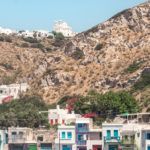 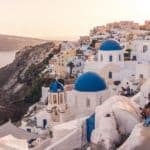 Here’s how you can go wine tasting in Santorini, Greece! 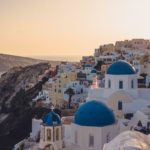 Where to Find the Blue Domes of Santorini (Anastasi Church) 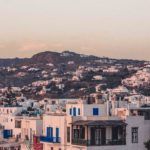 A One Day in Mykonos Itinerary You’ll Want to Steal!
Click here to cancel reply.