Though Luxembourg may be small, the country should not be underestimated by any means… After all, both the city, and country of Luxembourg are absolutely packed with things to do! Here’s a suggested itinerary for how to spend three days in Luxembourg…

Thanks to its international scene, there are plenty of connecting flights into the country’s main airport, making it the perfect European escape. A long weekend is just the right amount of time for exploring this lovely little country in plenty of depth. After all, some of the best reasons to visit Luxembourg include its countless castles, wonderful foodie scene, and wealth of history! 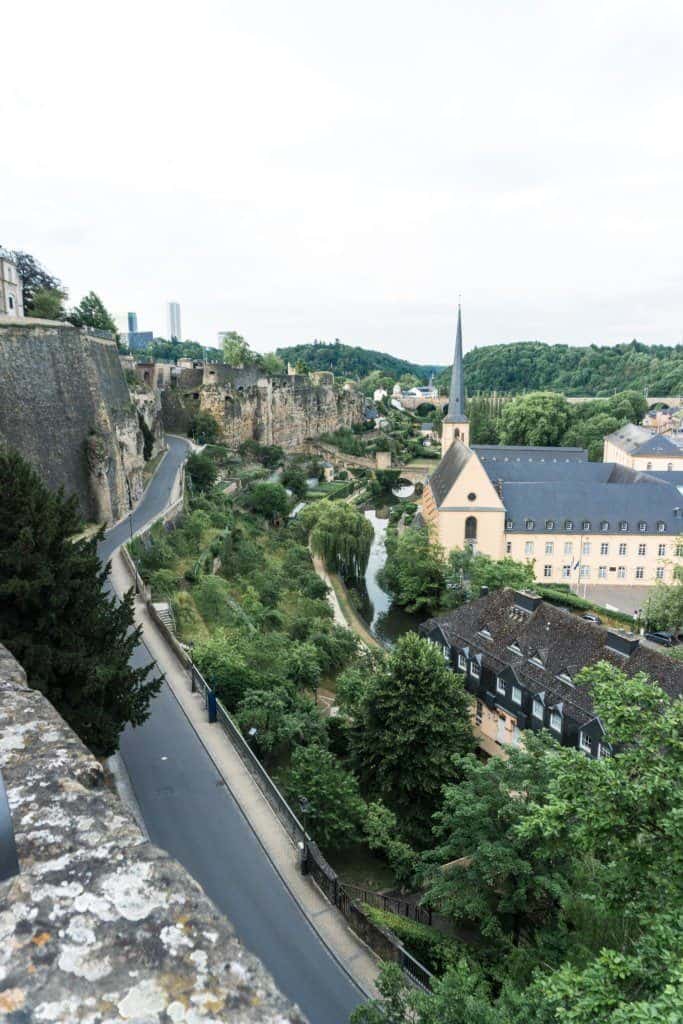 Day one in Luxembourg is all about understanding the history of the country. From its humble beginnings as a rocky uninhabited outcrop to the thriving capital city it is today, Luxembourg is rich in history and, as a result, has plenty to see and do!

The Grund is one of the oldest parts of the city, and arguably one of the prettiest. Lying in the valley below the cliff face where the city of Luxembourg began, the Grund has even been listed as a UNESCO world heritage site.

The façades of the houses aren’t allowed to be changed in the Grund, and the homes can only be painted in approved government colours. Wander around this picture perfect area and spend hours getting lost in the maze of streets that form the Grund. Just make sure you remember your camera though, you’ll want to take plenty of photos!

Luxembourg is incredibly international, and so you’ll find delicious food from across Europe and beyond. One café I particularly enjoyed visiting was Njord (address: Marché-Aux-Poissons, 1247 Luxembourg). Here you’ll find plenty of salads, sandwiches, refreshing beverages and vegetarian options!

Luxembourg City began as a fortified castle atop of the Casemates Bock. Though none of the first castle remains, many of the original 23km of tunnels that were hewn from the rock beneath the castle do. Today, 17 km of tunnels stretch out through the rock face and many of them can be explored in the Spring, Summer, and Autumn months.

As you may well know, Luxembourg doesn’t have a King or Queen. Instead, it is a Grand Duchy, meaning that the leader of the country is a Grand Duke or Duchess. The current Grand Duke is named Henri and he has held the title since his father abdicated in 2000. Luxembourg not only has its own language but it also is the only Grand Duchy of its kind in the world!

There are plenty of food options in Luxembourg (as you may have noticed while walking around the Grund this morning). If you love wine, then make sure to try a local wine from the Moselle Valley at dinner tonight! Otherwise, local Luxembourgish foods include delights such as 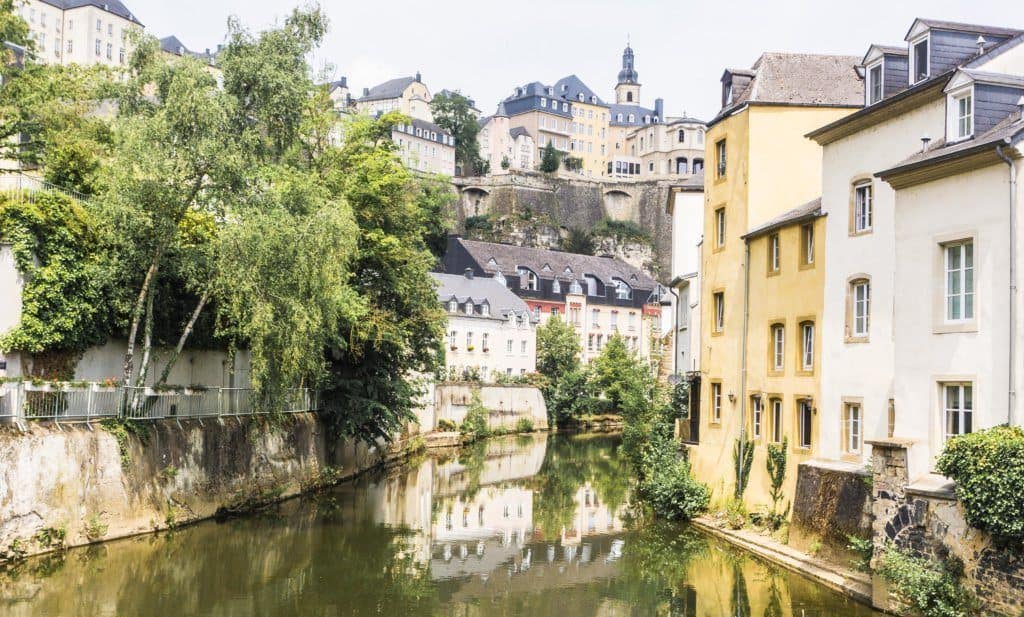 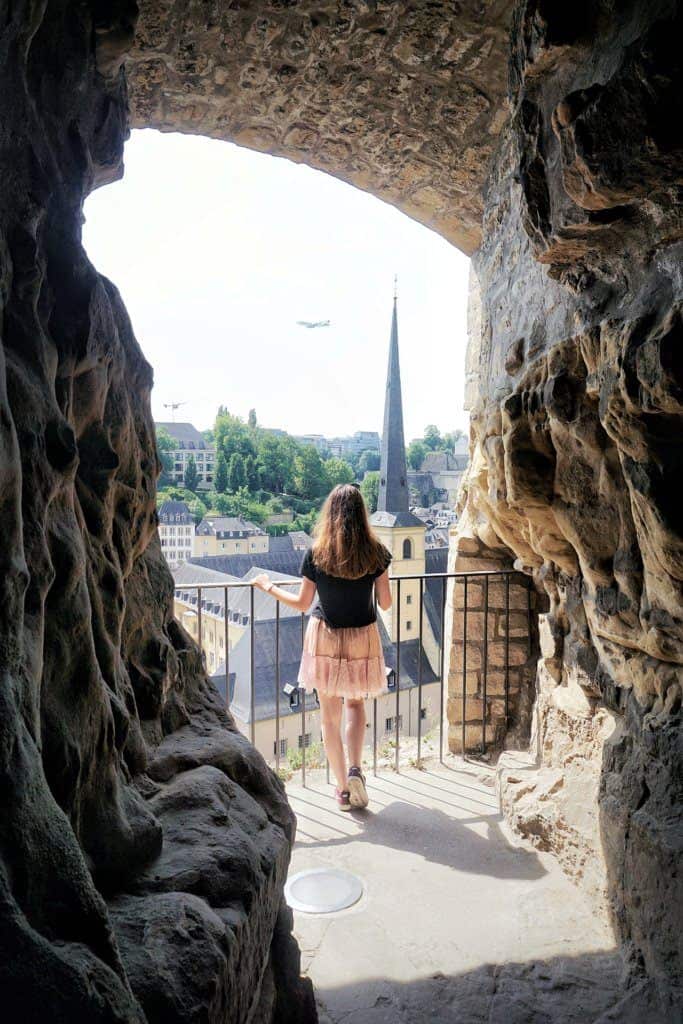 Day Two in Luxembourg is focused around getting to know the food, music and culture scenes that the city is so famous for…

There are seven main museums in Luxembourg; all conveniently located along a stretch known as ‘museum mile’. From the Museum of Modern Art-Mudam to the Natural History Museum, you’re such to find something you’ll enjoy seeing!

The Ca(fé)sino is a newly refurbished with a bar and restaurant. It is also home to a forum of Art, and well worth a look around!

Though you may have visited a few museums this morning, the Galerie am Tunnel is a great example of Luxembourg’s rich heritage and international scene. After all, throughout the country, it’s common for people to be multilingual (speaking three or four languages fluently is fairly common.)

There are plenty of lovely pastries, quirky cafés and cobbled lanes in the newer parts of the city. Enjoy chocolates, good coffee and heavenly pastries during a self-guided tour of many of the cafés on offer.

Unlike other European capitals, Luxembourg is full of green spaces, just waiting to be discovered. Throughout the summer, there are plenty of concerts in many of the parks throughout the city. If you visit on the 23rd June (the Grand Duke’s ‘Official’ Birthday), then be prepared to see outdoor bars, even more live music and fireworks.

When it comes to good food in Luxembourg city, you’re pretty much spoilt for choice! Head to the main square (Place d’Armes) to enjoy a meal surrounded by beautiful architecture and live music. 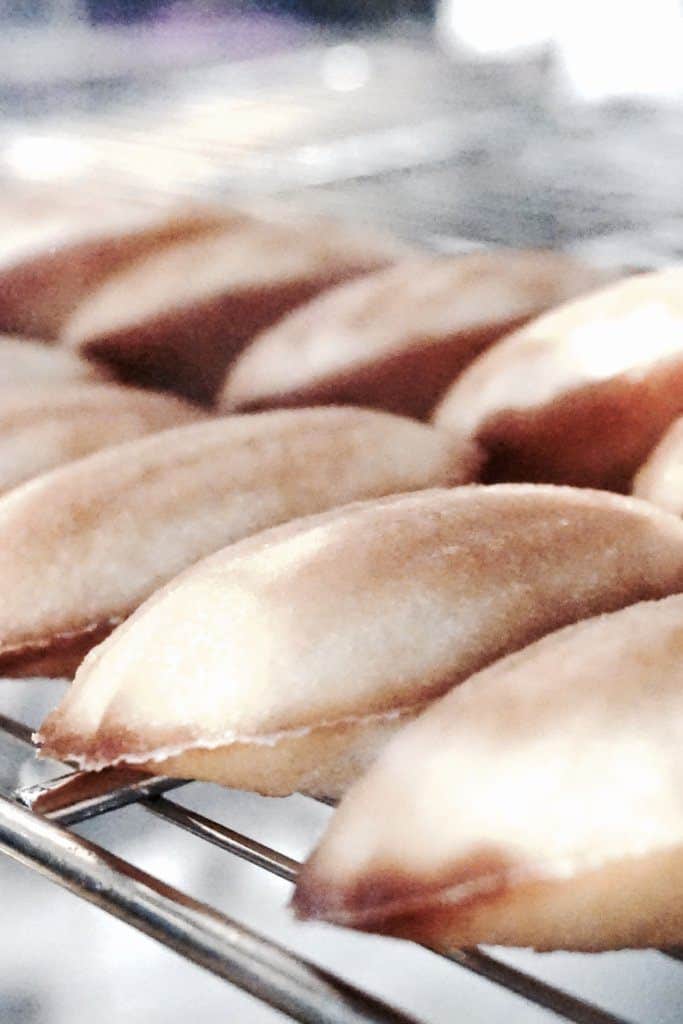 Day 3: Get a Feel for the rest of the Country

If you’re planning to spend three days in Luxembourg, then make sure you escape to the countryside at least once! Day Three is all about getting a feel for the rest of the country. Take a day trip away from the city center itself and experience castles, local food and plenty of lush green forests. Whether you’re more interested in castles or prefer to see more natural locations, then there are numerous options for today’s itinerary.

Public transport is fast and reliable throughout the country. Best of all, public transport in Luxembourg is free- it’s one of the best facts about Luxembourg that I tell everyone about! If you’ve purchased a Luxembourg Card Pass (you can purchase one here), then many attractions are free (even outside of the city centre). Alternatively, it’s possible to rent a car with a valid driving license.

Like most of Europe, Luxembourgers drive on the right-hand side of the road. If you choose to rent a car, then it’s possible to visit even more little towns and villages. I personally chose to take public transport as I’m from the UK and don’t feel 100% confident on driving (on what feels like) the wrong side of the road to me! 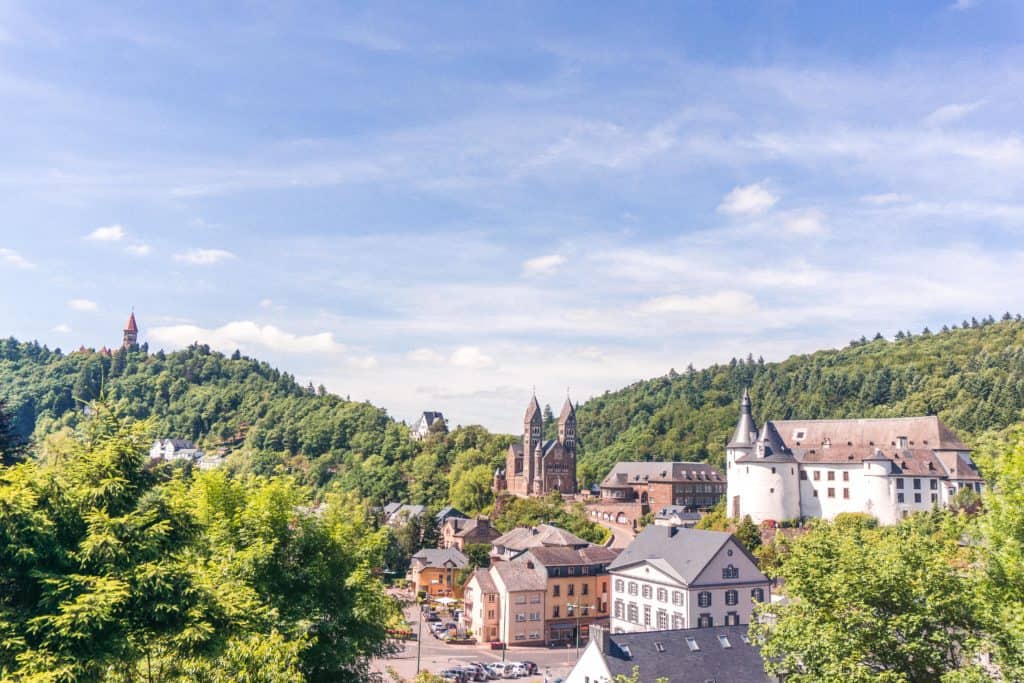 With just one day to explore the Luxembourgish countryside, you’re going to want to pack in as many activities as possible. If I were to choose one place to visit in Luxembourg, it would be Vianden!

A fairytale castle towers above a fairytale town. The magical settlement has long attracted visitors from far and wide… even the famous French author Victor Hugo. A visit to Vianden can easily be combined with a trip to nearby (30 minute drive away) Clervaux.

Here, you’ll find a beautiful church, monastery, and a restored castle. The castle is home to the Family of Man (a photography exhibition curated in the 1950s), a model museum demonstrating the castles of Luxembourg, and a museum dedicated to the battle of Ardennes.

Your other option for a suggested day trip is… more castles! After rising (fairly) early, I easily managed to fit three destinations into one day trip; all by taking public transport! The buses operate between towns and villages in the country every couple of hours, giving you ample time to explore each destination.

Firstly, you’re going to want to take the bus to Larochette. Just half an hour from Luxembourg city by bus, you’ll find a sweet little village with the ruins of a fortified castle. Perched high on the hillside, the ruins of Larochette castle offer magnificent views over the surrounding countryside.

Next, there is a bus headed from Larochette to Beaufort. Here, in Beaufort, you’ll find two castles. One lies in ruins, the other is a well preserved Renaissance-style Château. Though the fortified ruins of Beaufort Castle can be visited by a self-guided tour, a walk around Beaufort Renaissance Castle is by guided tour only.

From the castles of Beaufort, you can easily catch a bus headed to Echternach, the oldest settlement in Luxembourg. Once, at Echternach, you’ll find little cafés, cute eateries and plenty of history. Half an hour walk from the main town, you’ll find the ruins of a Roman Villa.

Inside the town of Echternach itself, you can see the monastery which founded the town in the 7th-Century, as well as a prehistoric museum. Buses run fairly regularly from here back to Luxembourg city. The journey is roughly an hour long. 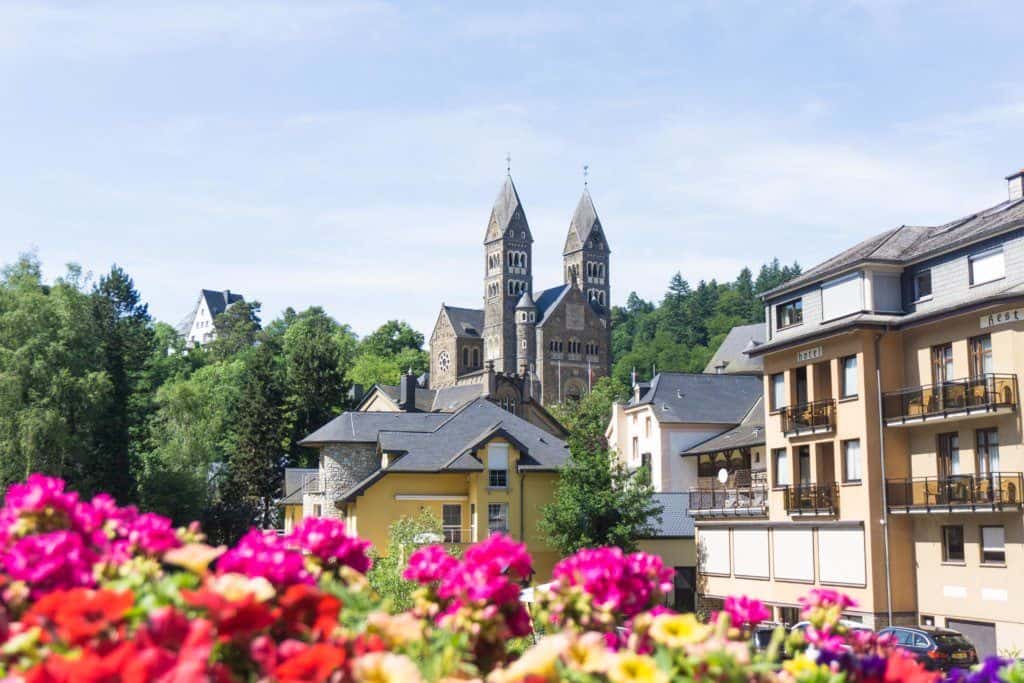 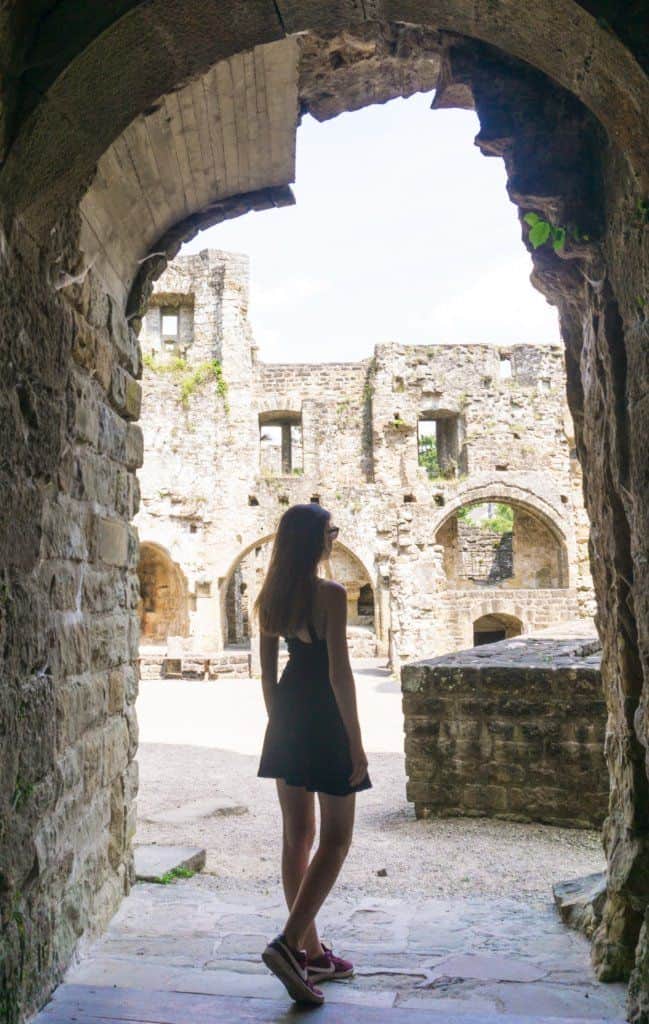 Pin How to Spend Three Days in Luxembourg for later! 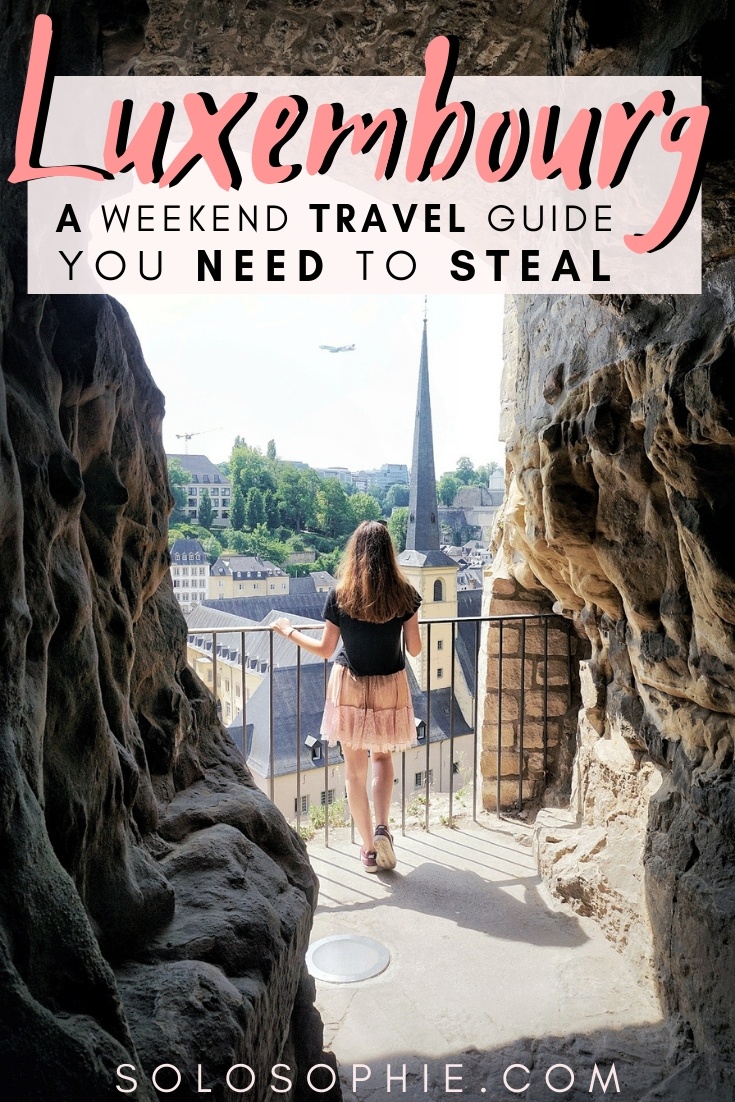 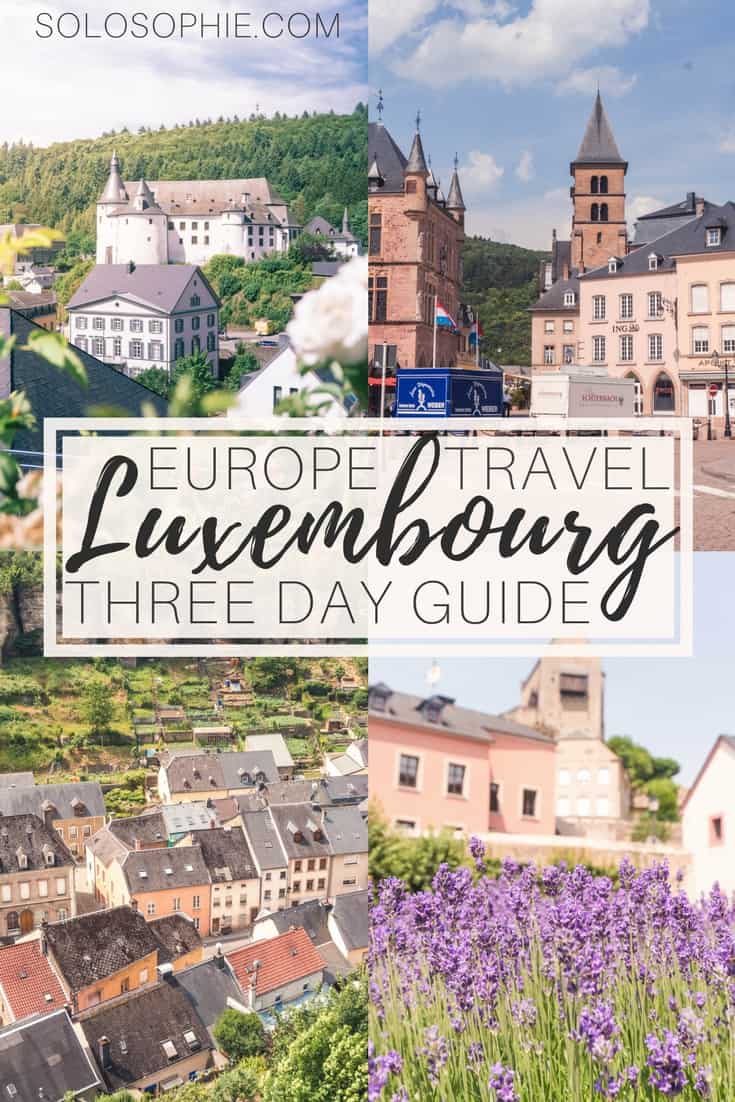 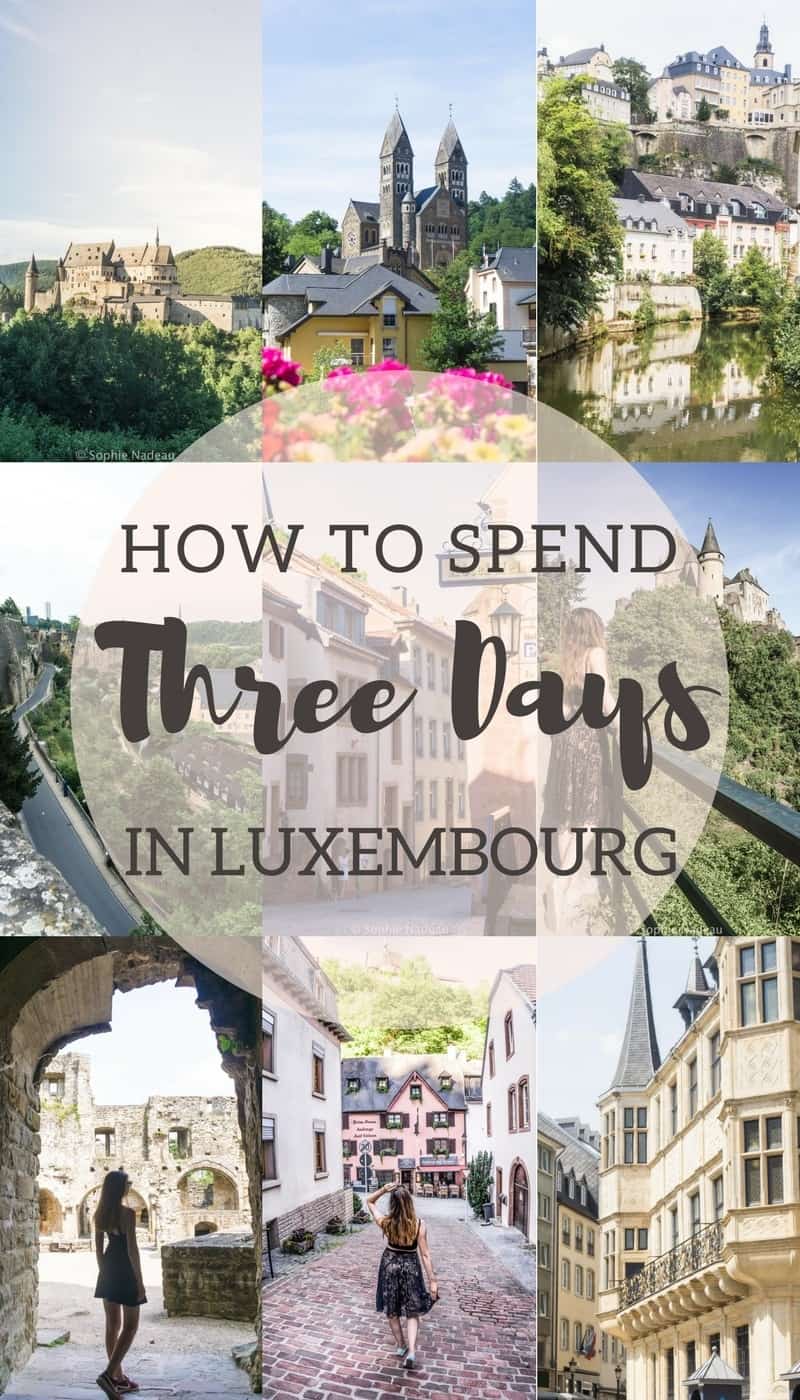 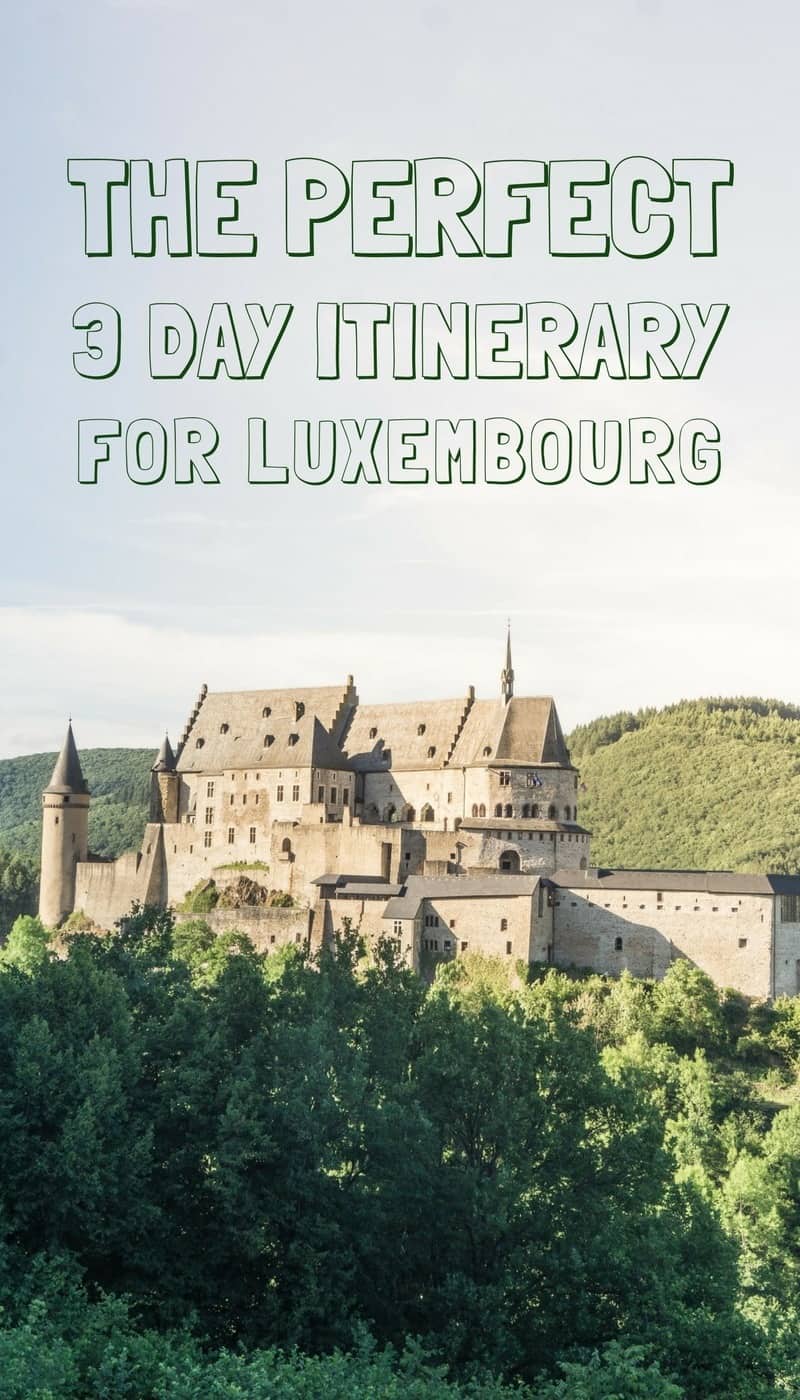 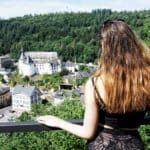 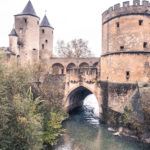 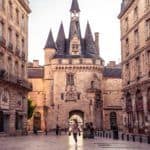 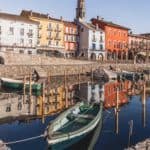 All four castles mentioned on Day 3 (Echternach, Beaufort, Vianden and Clervaux) are despite some french names, VERY close to the German frontier and RELATIVELY far from France and french speaking Belgium. Know why?

There was really a great fun everyone missed.

Great, informative article! Thank you for all the work you put into these. I'll definitely be checking out your blog more when I need some advice! And are you ever interested in featuring guest writers? ;) I'm an American based in Prague and I love travelling as much as possible too.

Luxembourg: Your Perfect Weekend Escape - Gallop Around The Globe -

I spent a long weekend in Luxembourg as well a few years ago and totally loved it. I also spent 2 days in the city and 1 day exploring the rest of the country, I went wine tasting. It was great fun!!