One of the first arrondissements that many visitors enter into when visiting the French capital is the 10th arrondissement due to the fact that it is home to two of Paris’ busiest and most popular train stations, Gare du Nord and Gare de l’Est. Here’s your ultimate guide to the best things to do in the 10th arrondissement, as well as what you should know before visiting.

Where is the 10th arrondissement?

The 10th arrondissement is one of 20 districts of Paris and can be found to the North of the Seine. This area of the city is known as the ‘rive droite’ (right bank), though the 10th itself doesn’t touch the River Seine. The district is sandwiched between the 2nd, 9th, 11th,18th (Montmartre), and 19th arrondissements.

What is the 10th arrondissement known for?

The 10th arrondissement is best-known for two reasons; the first is that the area is home to two of Paris’ most frequented train stations, while the other is that the 10th boasts Canal Saint Martin, a trendy and hip area where all of the locals hang out.

Best things to do in the 10th arrondissement

Hands down, the best of the 10th arrondissement is found in the form of Canal Saint Martin, a 19th-century canal that’s lined with bars, independent boutiques, and restaurants. The Canal was originally commissioned by Napoleon I in 1802 to not only increase the amount of freshwater available to the population but to also provide water for fountains and street cleaning.

Today, the area is the perfect spot to enjoy a sunny afternoon or even enjoy the autumn leaves come the fall. Thanks to its abundance of bars, it’s also the perfect spot to head to for a drink with friends. For even more inspiration, be sure to check out our complete Canal Saint Martin guide.

Gare du Nord is one of the most important train stations in Paris and is the first place that visitors to the city will visit if they head to the city centre via public transport from the Charles de Gaulle airport. As such, the train station in the 10e has been used as the backdrop for many a film and TV show over the years, including Gossip Girl’s Paris episodes.

One of the most important squares in the 10th arrondissement is Place de La République, a pedestrian dominated space that borders the 3rd and 11th arrondissements. The square is presided over by a larger than life sized statue of Marianne, who is the embodiment of France.

One of the coolest aspects of the 10th is the number of unique and unusual architectural features that can be spied by simply spending a few hours wandering around the district and allowing your feet to take you where they may.

One of my personal favourite spots to visit is the Porte Saint-Denis, which is located on the site of one of the gates of the Wall of Charles V, which was one of Paris’ old city walls. The current archway on site is one of four Triumphal Arches in Paris and was constructed in the latter half of the 17th-century.

Many visitors to Paris don’t know this, but in addition to the main town hall of Paris (Hôtel de Ville in the Le Marais district of the city), each of Paris’ arrondissements have their own town halls. The nearest metro stations to the Mairie du 10e arrondissement are those of Château d’Eau and Jacques Bonsergent.

The public entryway to the building can be found at Rue du Faubourg-Saint-Martin no. 72, and it’s a rather grand entrance if ever you saw one… All intricate architectural details and imposing steps, once you’re inside the details only get finer. The town hall is open at various times of the year and I personally got a peek inside thanks to a free art installation exhibition.

If you happen to be visiting Paris in December, then one of the more unusual Christmas Markets in Paris takes place directly in front of Gare de l’Est. Le Marché de Noël en Alsace à Paris (Alsace Christmas Market in Paris) takes place during the month of December and is foodie-focused around products which originate from the East of France.

Across Paris, there are little pockets of calm that are like little villages in of their own right. One of these is the Cour des Petites Écuries. The name of the court is quite literally translated as ‘the courtyard of the little stables’ and heralds back to a time when Paris ran on horsepower.

Following the industrialisation of Paris, the street was transformed into a delightful residential area with four-storey buildings and a wide selection of pubs, bars, and restaurants. Today, the little pocket of calm is easily one of the best places to get a drink with friends or even a small bite to eat.

Where to eat and drink in the 10th district of Paris

Brunch served at Holybelly is traditional American style; large portions, cooked English full breakfasts, and delicious coffee. Another item on the menu which is particularly recommended by everyone who visits are the fluffy pancakes.

A visit during the weekend is especially recommended on account of the fact that the weekend menu changes on a weekly basis, meaning that no two visits are the same.

It’s worth noting that Holybelly is walk in only and doesn’t take reservations so be sure to arrive earlier rather than later so as to secure a dining spot! All in all, Holybelly is easily one of the best brunch spots in Paris.

Those looking for one of the best bakeries in Paris need to look no further than the delightful Du Pain et des Idées, which is situated just a stone’s throw away from the Canal Saint Martin. This immensely popular Parisian bakery is so sought after, that they only need to open between Monday and Friday.

Du Pain et des Idées (literally translated into English as ‘Bread and Ideas’) was founded by Christophe Vasseur close to two decades ago as an artisan boulangerie serving up traditional breadstuffs with some unique twists. While there, be sure to purchase the ‘escargot,’ a viennoiserie which is so-called thanks to its circular shape.

Good food and drink is never too far away when you’re in the 10e arrondissement. Those with a sweet tooth should be sure to note down the name ‘Bulliz’. After all, this is one of the best places to buy choux pastry in Paris. If you do go, then be sure to sample their classic salted caramel flavour- it’s one of the best you’ll ever taste!

Situated behind a nondescript doorway along the Canal Saint Martin and open ’til late each evening, Le Comptoir General is like no other Parisian bar you’ve ever been to. Inside you’ll find great music, an eclectic museum, and even better cocktails. I don’t really want to ruin the surprise, so you should probably go for yourself!

Enjoyed reading this guide to the best of the 10th arrondissement? Pin this article now, read it again later: 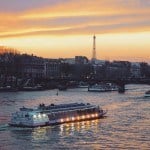 Paris is Always a Good Idea: 30+ Quotes About Paris 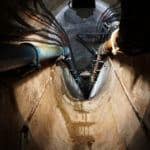 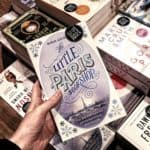 40+ Books About Paris You MUST Read Before Visiting France