The Sacre Coeur is one of those Parisian monuments that appears near the very top of every Paris traveller’s bucket list. After the Eiffel Tower, and Arc de Triomphe, of course!

And the basilica has gained its’ pride of place at the top of every guidebook bucket list for good reason; not only is it beautiful, but it also happens to be at the very top of Paris (130m above sea-level to be precise)! The Parvis of the Sacré-Coeur provides amazing views over the city, particularly on a clear day. Just make sure that if you do want to snap beautiful photos, be sure to head there early for sunrise before tourists flock to the area come the basilica’s opening time of 6A.M!

Situated in one of Paris’ livelier neighbourhoods, Montmartre, the Sacré-Coeur is surprisingly new, construction having only been completed in the early-mid 1900s. The Sacre Coeur is named for Jesus’ ‘sacred heart‘. Although 100 years isn’t that long in the scheme of Parisian history, it’s still surprising to many people that the basilica’s white stone has remained so pristine. The reason for this ‘pristineness‘ is due to the calcite in its stone from the nearby quarry of Château-Landon. Each time it rains, the calcite acts as a bleach, thus ensuring that the Sacre Coeur maintains its ‘silky cream’ look. 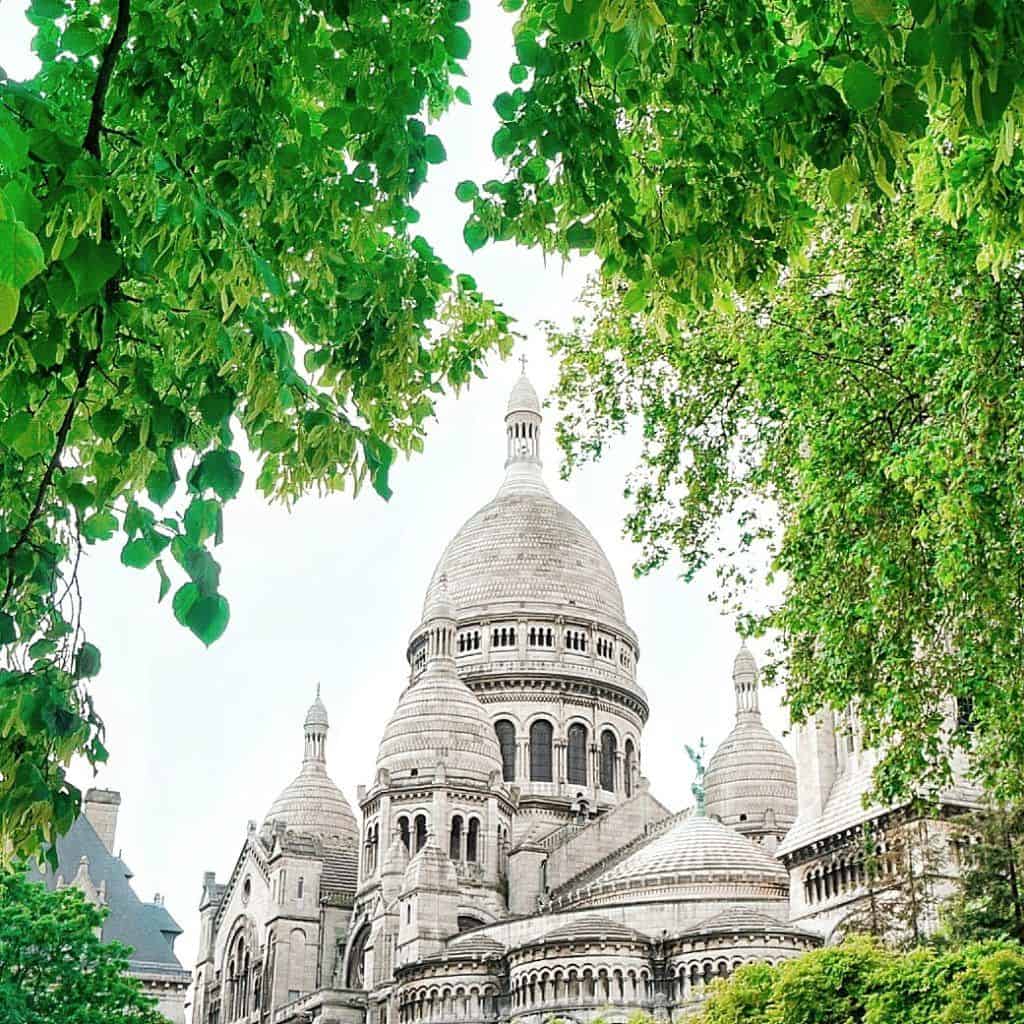 The Sacre Coeur and its Pagan Origins:

But the Sacre-Coeur wasn’t always the site of a Roman catholic Church. No. Not only did Druids supposedly worship here for hundreds, if not thousands of years, but the Romans built temples to Mars and Mercury on the site. In fact, the original name for Montmartre was Mons Martis (Mars’ Mount).

This name was later changed to Montmartre after ‘Mount of the Martyr,’ referring to countless martyrs killed on the hill. In fact, the very first chapel, built in 270 AD, was built upon the steep hill in honour of the first bishop of Paris (Saint Denis), who was allegedly beheaded by the Romans.

At some point during the 9th century AD, the first Christian chapel upon the hill fell into disrepair and was soon demolished. It was quickly rebuilt, sitting atop of Martyr’s Mount, the final resting place of countless Christian martyrs.

Countless fires and other misfortunes took place on the site for the next few centuries. In 1792, during the most violent years of the French revolution, the chapel was demolished and the abbess (having been accused of having links with the French nobility), was executed.

In 1870, Prussia and France were at war. By 1872, France had lost the war and the Sacre Coeur was commissioned as a way of the state to do penance on the exact same site as all of the previous chapels before it. Only this time, the church was to be built bigger and sturdier than all those before it. This is the Sacre Coeur you see today.

Famed throughout the 1920s for being a hub of artistic creativity, today Montmartre is a hive of activity for writers, artists and sculptors alike. The Sacre Coeur itself welcomes over 11.5 million visitors annually.

Bell Tower: Closed to the public 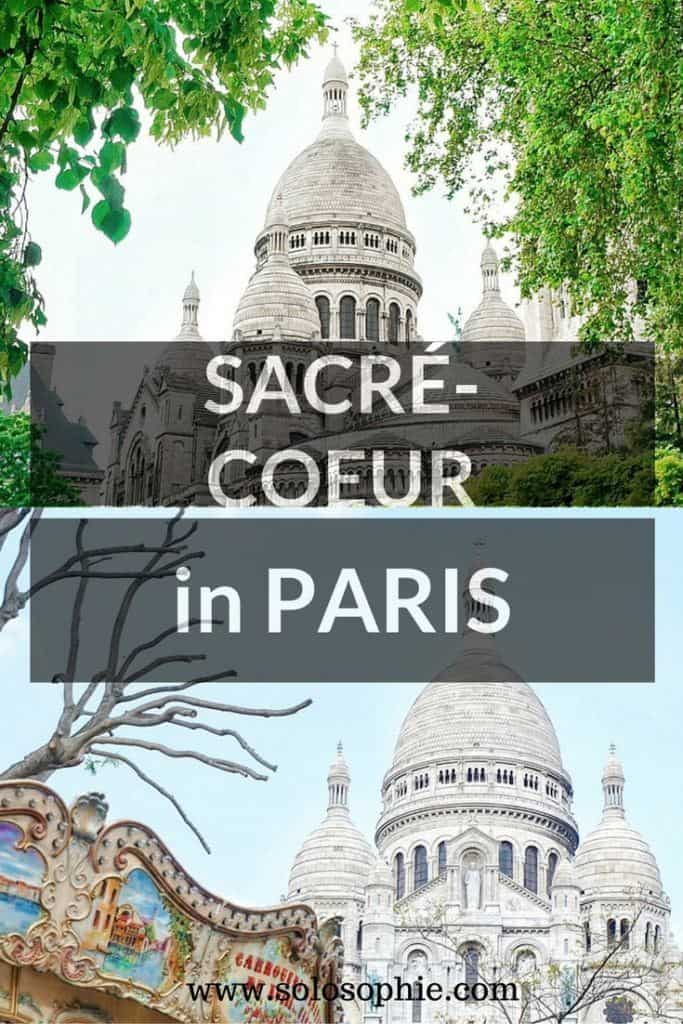 Thanks for this lesson, dear Sophie! And for the beautiful pictures, too! xx from Bavaria/Germany, Rena www.dressedwithsoul.com

What a great little history lesson Sophie! When I visited Paris the Sacre Coeur was one of my favorites. We went up to dome to and to this day it's still my FAVORITE view of Paris. Even over the Eiffel Tower. Lovely write up! :)