Situated in the illustrious first arrondissement of Paris, not far from the Palais-Royal gardens, the Fontaine Molière is one of the most beautiful water features in Paris. Located not far from the location where the famous French writer grew up, here’s a quick history of the Molière fountain and how to visit. 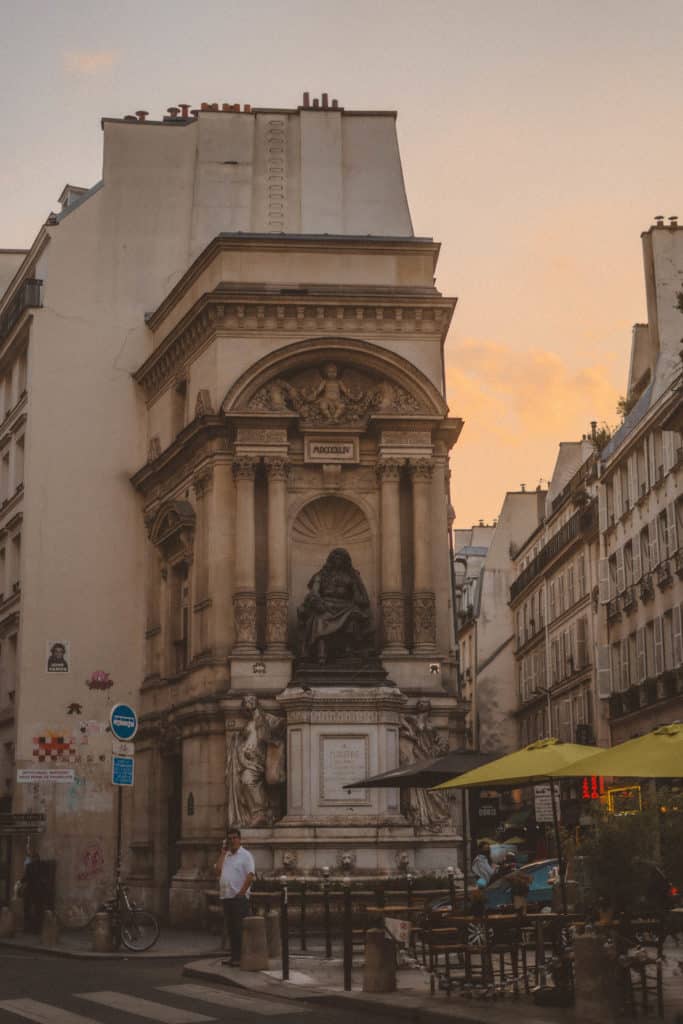 Fontaine Molière: A Beautiful Fountain in the 1st Arrondissement

Situated at the fork in the road where rue Molière meets rue de Richelieu (you know, like the Cardinal from the tale of the Three Musketeers. Both Cardinal Richelieu and d’Artagnan were real people!), the fountain has been in situ since 1844.

Previously on the spot, passersby would have seen the fontaine Richelieu, right up until 1838 when the fountain was demolished so as to allow traffic flow to more easily pass by. In order to replace this monument a member of the nearby Comédie Française (which is still today found in the 1st arrondissement of the city) proposed a new, smaller fountain to commemorate the playwright Molière.

Constructed in 1844, what makes this water feature particularly notable is that it was the first publicly funded monument to have been created for a non-military figure. The fountain was designed by several different sculptors in artists, with its crowning jewel being a bronze depiction of a seated Molière.

The architect who was in charge of the project was the same architect who designed the grand monumental water feature in front of the church of Saint Sulpice, not far from the Jardin du Luxembourg. Two small sculptures of females also appear on the fountain, with one representing ‘serious comedy’ and the other representing ‘light comedy’.

Following in the footsteps of Molière in Paris

Though he used Molière as his stage name, the writer’s actual name was  Jean Baptiste Poquelin and he was born in Paris in 1622. Molière was best known for his works such as Misanthrope, Tartuffe, and The School for Wives, many of which are still performed to this day.

So influential was his work, that he is often considered to be the father of the ‘Comédie-Française’. Molière suffered from tuberculosis and actually died a few hours after a haemorrhage during a performance where he played the part of a hypochondriac Argan.

Just a few numbers down the road from the Molière fountain, along rue de Richelieu, you can see the location where the house where Molière died was once located. There’s a fairly large plaque on the building and so it’s easy to know you’re in the right place. 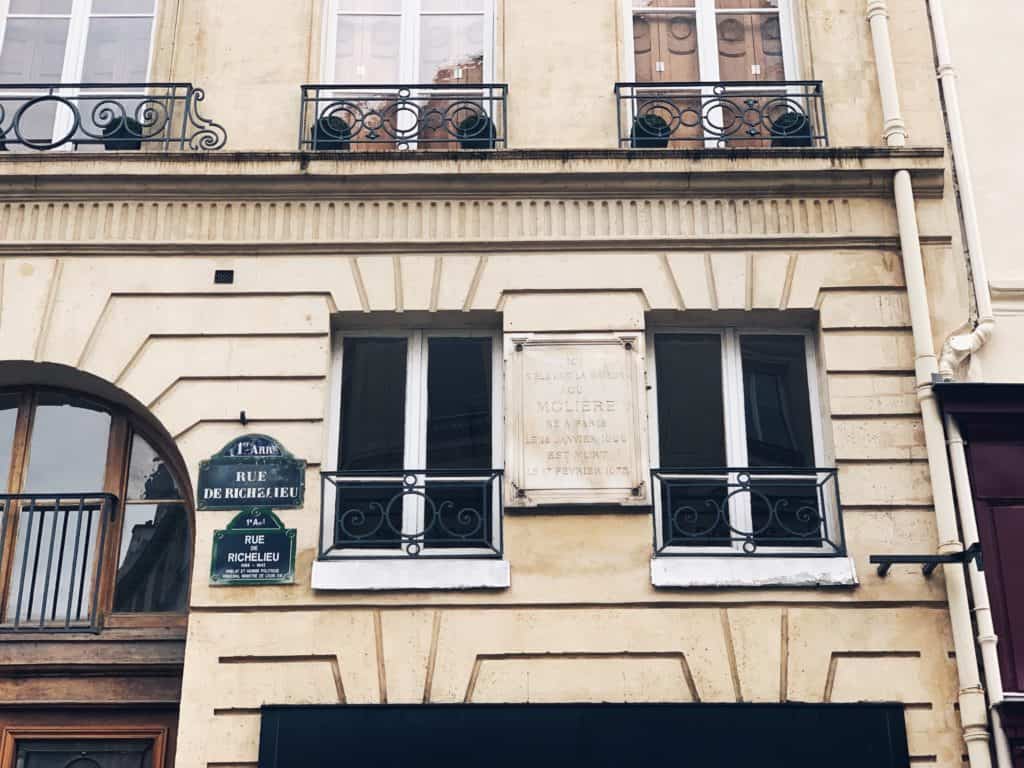 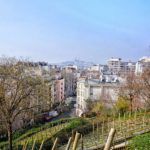 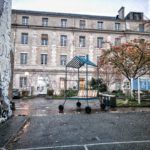 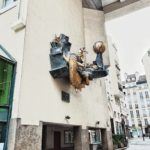 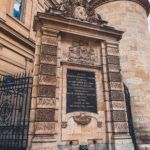