Anchor. Origins. Heartbeat. Last night, along with the rest of the world, I watched in horror as much of Notre Dame burned down in flames. For hours and hours, I found myself glued to social media, refreshing newspapers, and vividly watching live news coverage. Notre Dame Cathedral is characterised by its flying buttresses and Gothic gargoyles. Famous the world over, it can be found in the very heart of Paris on Ile de la Cite, one of two natural islands in the centre of the River Seine.

That something so enduring and so iconic could almost be wiped out in a matter of hours seems unfathomable. Well over eight hundred and fifty six years worth of history is to be found within the walls of Notre Dame, and for a period last night, it seemed as if the future of the entirety of Notre Dame was touch and go. It was only thanks to the brave work of the firefighters (known as les pompiers in French) that the structure was secured.

The building has survived countless wars, revolutions, plagues, the Nazis: you name it, Notre Dame has survived it. Once more, it looks as if the cathedral will pull through. This morning, I woke up, hoping it was all a bad dream. It was not. And yet, in this time of great sadness, there is still great hope. After all, this is not the only calamity that the great Cathedral of Paris has seen, nor is this the only misfortune to have befallen it. 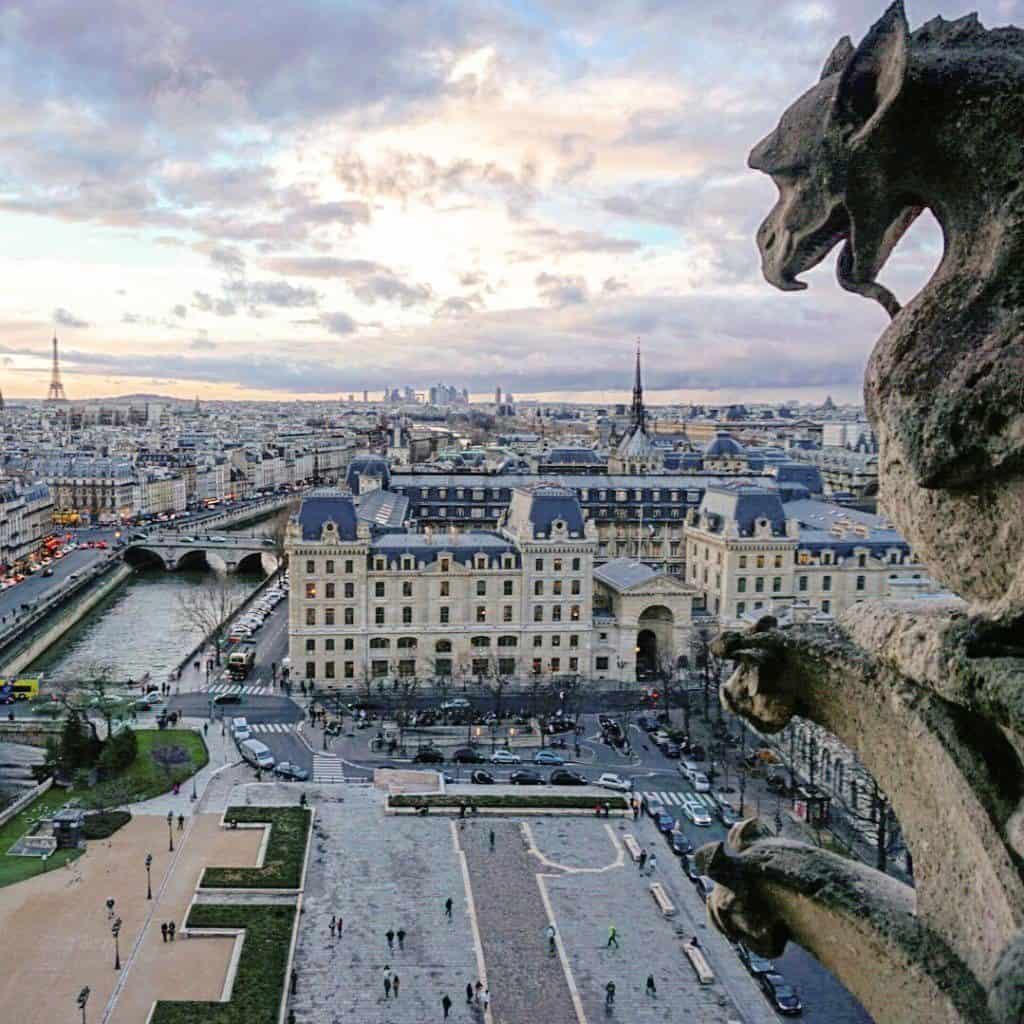 On the rebuilding of Notre Dame in the 19th-century

Groundbreaking of Notre Dame began way back in the 12th-century, with Pope Alexander in attendance. Over time, the Cathedral has seen many changes, and until last night, many people didn’t even realise that the now destroyed wooden spire only dated back to the 19th-century. Those who began the construction of Notre Dame in the 12th-century (many of whom were volunteers and would never see the completed masterpiece) would likely not even recognise the modern day structure we all know and love today. 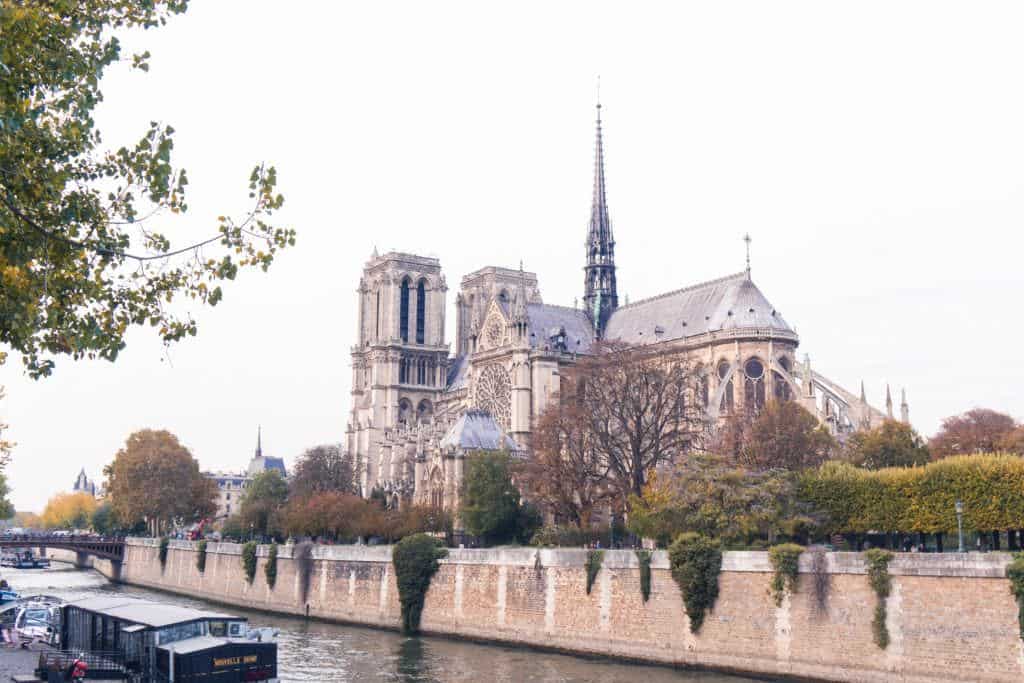 You see, during the time of Louis XIV (i.e. The Sun King of Versailles), the Cathedral underwent many changes, renovations, and some might say, disfigurements. The stained glass windows were largely replaced with clear panes, while the original rood screen (jube in French- the only surviving one in Paris is to be found in the church of Saint-Etienne-du-Mont) was taken away. Pillars were removed and the church was transformed beyond recognition.

Further misfortune was to befall the cathedral during the French Revolution. Statues were torn down, smashed, and carvings were defaced. The lead was stolen from the rooftops to make bullets and by the time the Cathedral was once more in the hands of the church (in 1802), the Cathedral was in need of funds to ensure that the Cathedral would even still be standing for future generations to enjoy.

Victor Hugo loved the cathedral. Worried about its state, and the lack of public pressure to save Notre Dame, in 1831, Hugo published The Hunchback of Notre Dame. But what is perhaps most telling about his true intention for the novel, that it might reignite Parisian, French, and worldwide interest in the Cathedral, is that he actually named the book Notre Dame de Paris.

In it, there are several chapters solely dedicated to the architecture of Notre Dame, telling of in itself. Well, the book and subsequent spin-off tales and myths worked better than Hugo could perhaps ever have imagined. In 1841, the State commissioned Eugène Viollet-le-Duc and Jean-Baptiste Lassus to restore Notre Dame. In the following decades, a new organ was added, the spire replaced, the gargoyles were added, and countless other features of the building that are so synonymous with the modern day Notre Dame. 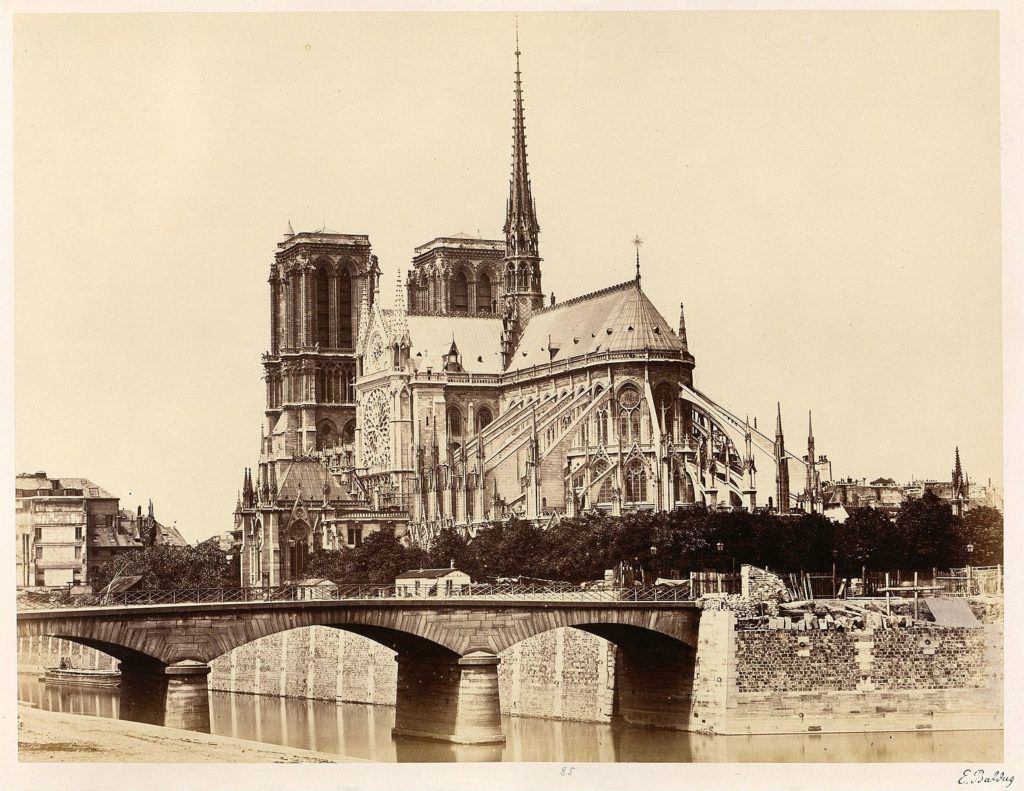 Notre Dame Cathedral in the present day and what happens next

Back to the present day: in 2019, prior to the Notre Dame fire that ravaged the main wooden frame of the cathedral, the church was once more undergoing renovations. Years of neglect, pollution, and acidic rain has seen many experts decry the state of the cathedral. Here’s an interview in French with Jean-Michel Leniaud, president of the scientific council at the National Heritage Institute, about the state of the cathedral and why he believed a fire like this was ‘likely to happen’.

Last night, on the 15th of April 2019, on the second day of Holy Week, one of the most important weeks in the church calendar, a fire took hold. In this age of Social Media, we were almost all aware of it, and almost all immediately.

Straight away, people started sharing memories of the Cathedral, of their time in Paris, of how the church is one of the greatest treasures in the world. People grieve in various ways and it was touching to see people come together through the power of the internet. I can’t imagine how painful it must have been for those who work on and with the cathedral to have seen much of their artisanal work destroyed. 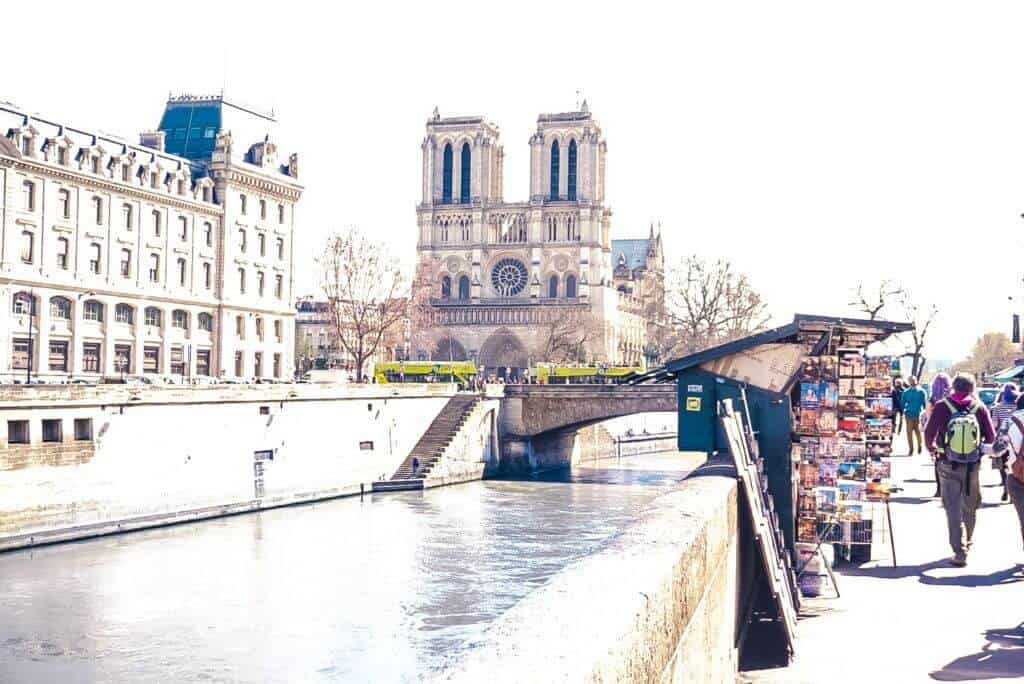 Perhaps rather miraculously, the magnificent Rose Window seems to be okay. The Crown of Thorns and the Tunic of St Louis are both reportedly in safe locations, and other artworks have also been saved (though details of which ones are still to be confirmed). Thanks to the fact that the Cathedral was under renovations, many other works of art (as well as stonework for the Gargoylescape area of the cathedral) have been saved. More details about the artwork saved can be found in this article.

Emmanuel Macron, the President of the French Republic, has already vowed that the cathedral will be rebuilt (a reliable source can be found in English here). The details, and how it will be funded, and just how the works will be undertaken, are still unclear. The fire has only just been extinguished and it honestly feels a little painful every time I see another photo angle of the destruction. Of course, in time, like a magnificent phoenix rising from the ashes, Notre Dame Catheral will be rebuilt and it will be beautiful again.

Until then, we’ll wait…