I love a good ghost story. Don’t you? Well, when I heard that Berry Pomeroy Castle is rumoured to be the most haunted castle in England, I just knew that I had to pay a visit to its ruined walls! Even more so after I’d seen a couple of YouTube documentaries on the Castle with my Mum late one evening (and then failed to sleep well afterward)!

Situated on Dartmoor, it sits in the very heart of a region that is no stranger to ghost sightings and paranormal activity. From the devil’s supposed visit to Brentor to the mysterious castle that sits in the heart of Lydford Village, there’s no shortage of folklore in the area! 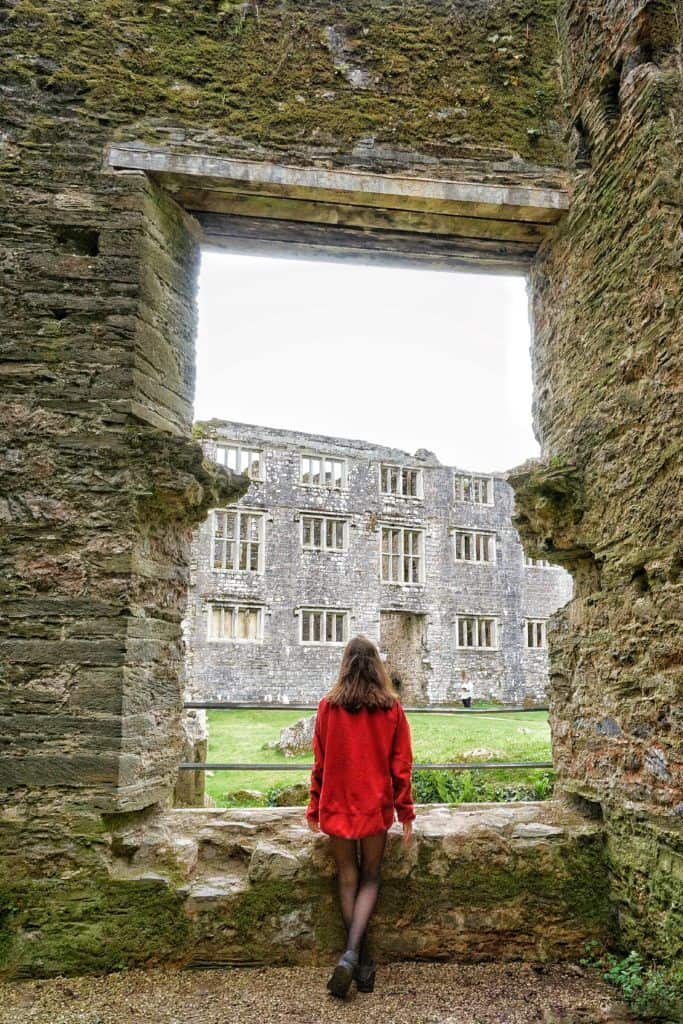 With rumours of ghosts aplenty- yes, you did just read ghosts in the plural- the ruins of this former medieval mansion lie about 10 minutes by car from the fun and quirky and alternative town of Totnes. From evil children to friendly ladies, there’s no telling who or what you may encounter on even the briefest of visits!

It was a cold, wet and gloomy day when I arrived. No ‘horror story’ beginning intended- the weather really was pretty bad! But was the stormy sky really a sign of things to come? Was it foretelling what may well have been a spooky experience? 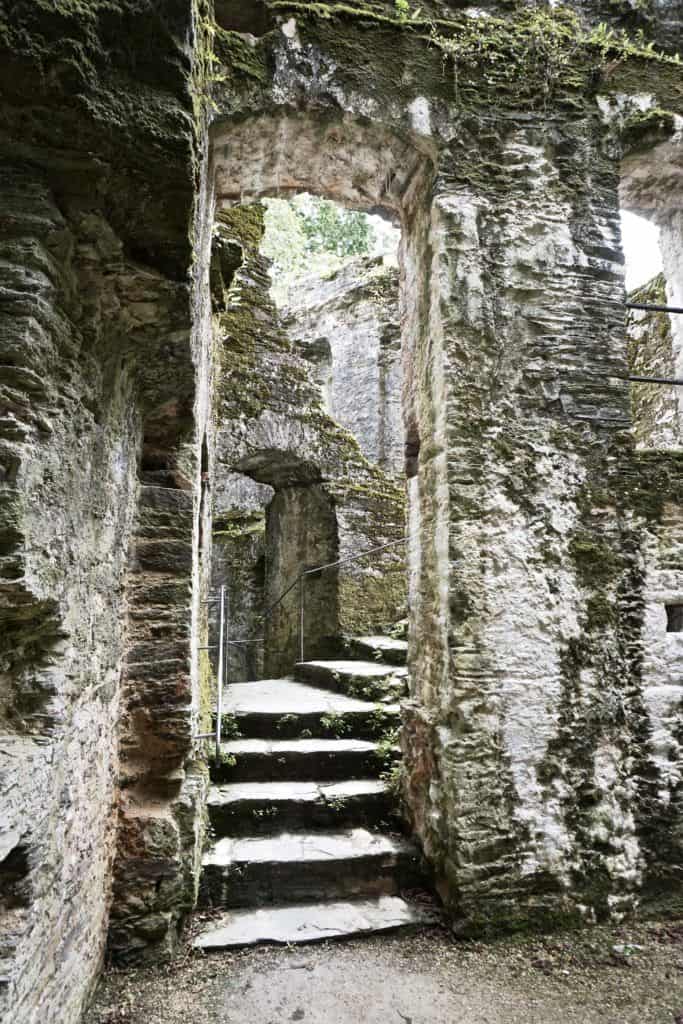 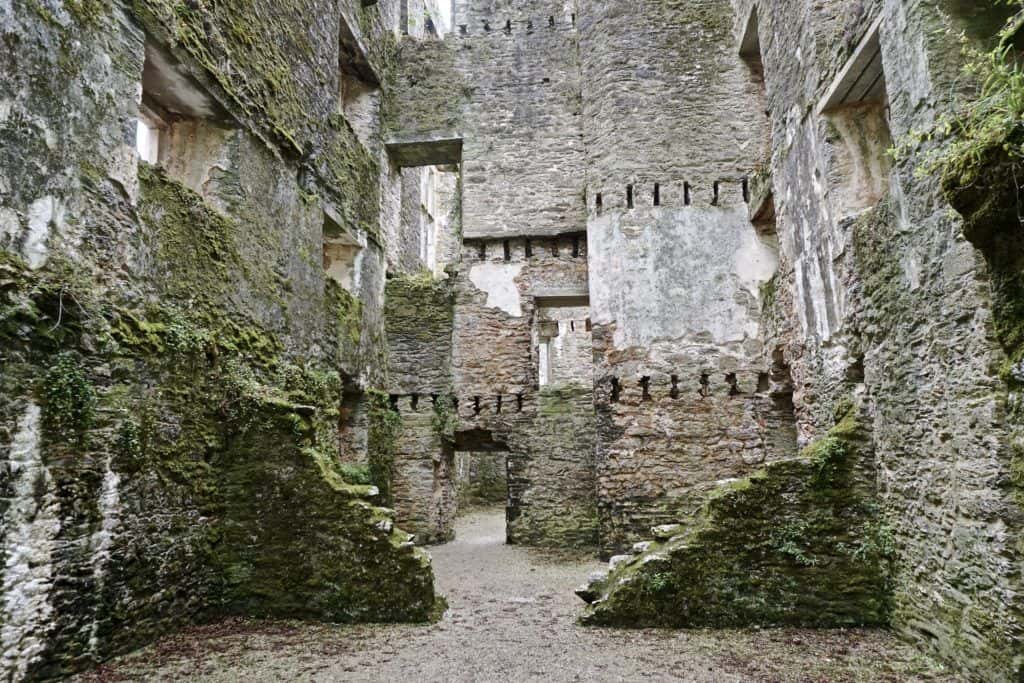 A brief history of Berry Pomeroy

To put things in context for you, I’ll share a little bit of ‘castle’ backstory! Berry Pomeroy Castle sits in the middle of, well, nowhere. So maybe that’s where all these ‘most haunted Castle in England’ stories started.

Since the Norman Conquest of England in the 11th century, people have settled on the land at Berry Pomeroy and its surrounding countryside. The area is rich in history and full of ruins.

Berry Pomeroy Castle (the ruins that we see today) was started in around 1560 by the Pomeroy family. Although the castle had soldiers and many fortifications, its position at the top of a steep hill meant that it was never likely to be attacked.

From 1600 onward, ambitious extensions to the property were started. The family wanted the Castle to end up as the largest and best stately family home in Devon. Like I said: it was an ambitious project!

The extensive building works were never completed and Berry Pomeroy was completely abandoned by 1700. It was too far from the surrounding towns, too remote to be of any use to anyone. Instead, it has long been the site of teenage initiations: who can stand being at the Castle the longest?

Today, Berry Pomeroy Castle is owned and managed by English Heritage. You can visit and take the chilling audio tour that leads you through the ghostly sightings. 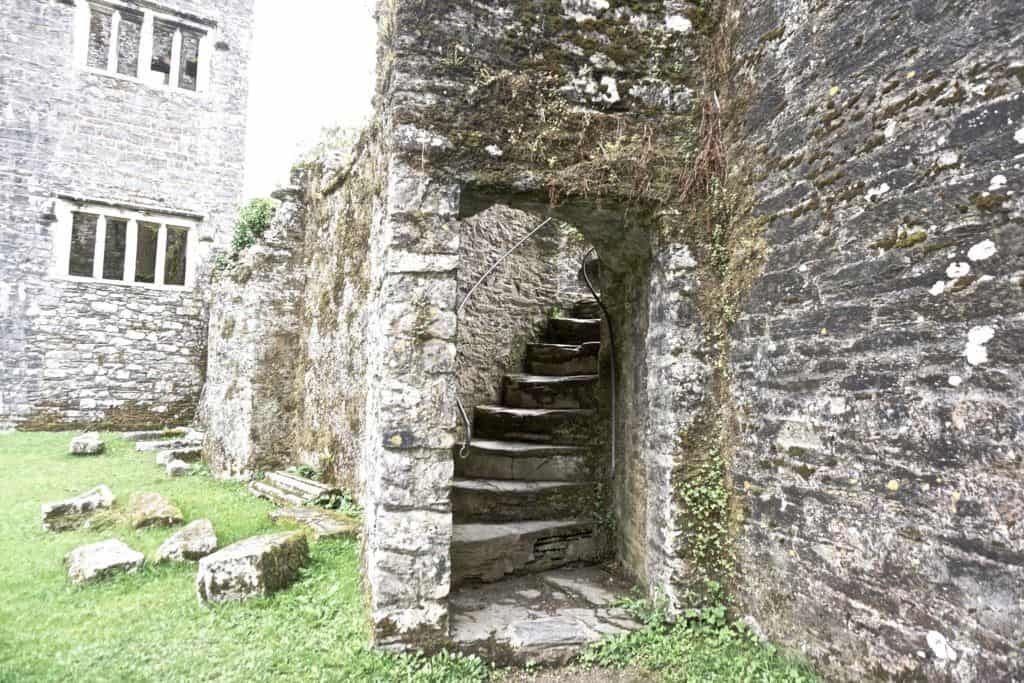 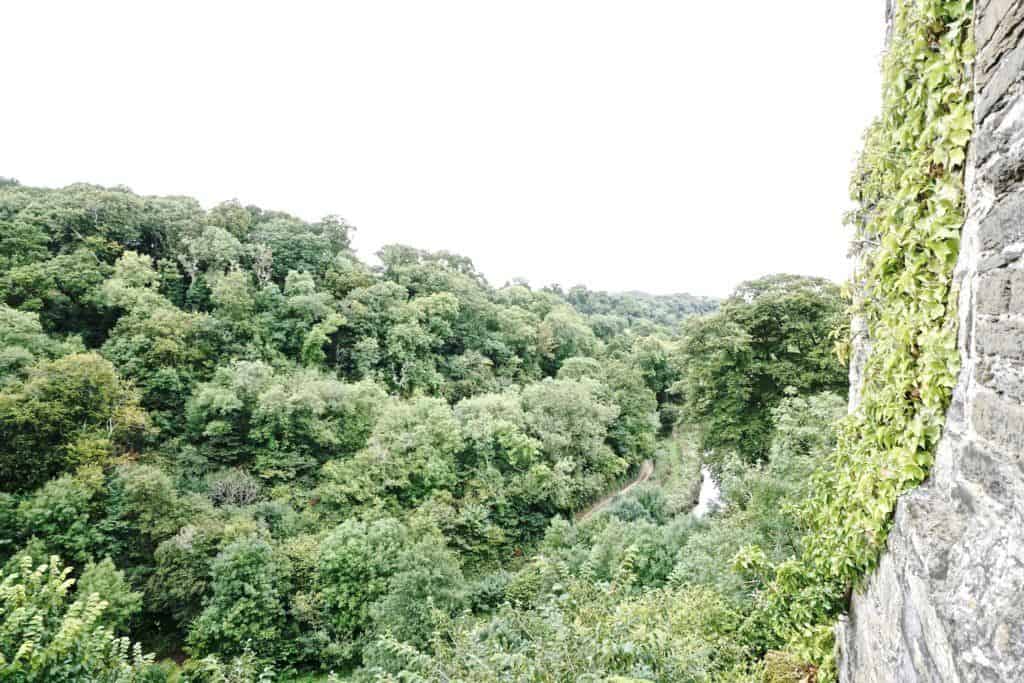 The ghosts of the most haunted castle in England!

I’m not sure why female ghosts always end up being described by the colour of their dress but there we go! The white lady is meant to be the ghost of Lady Margaret Pomeroy. The myth tells that her sister Eleanor was a jealous and mean woman. When the man who Eleanor went for her sister, Margaret, Eleanor locked Margaret in the dungeon. There, Margaret tragically perished.

It’s said that unfortunate witnesses can often see her rising out of the dungeon (which is a really damp and somewhat creepy space) and wandering the ramparts. People who claim to have seen her say that she comes accompanied by feelings of depression, uneasiness, and sadness.

The story, dating back as far as the 18th century, tells of a lady dressed in blue. She is meant to be a particularly mean and spiteful ghost. Even evil. She is meant to be the daughter of one of the Norman Knights who inhabited the previous castle on the land where Berry Pomeroy now sits.

The story tells that she was forced into an incestuous relationship with her father, resulting in a child. Her father was so angry that he strangled the child. In her grief, she died. She is now said to haunt the castle, wandering the empty rooms and luring unsuspecting men to their deaths. 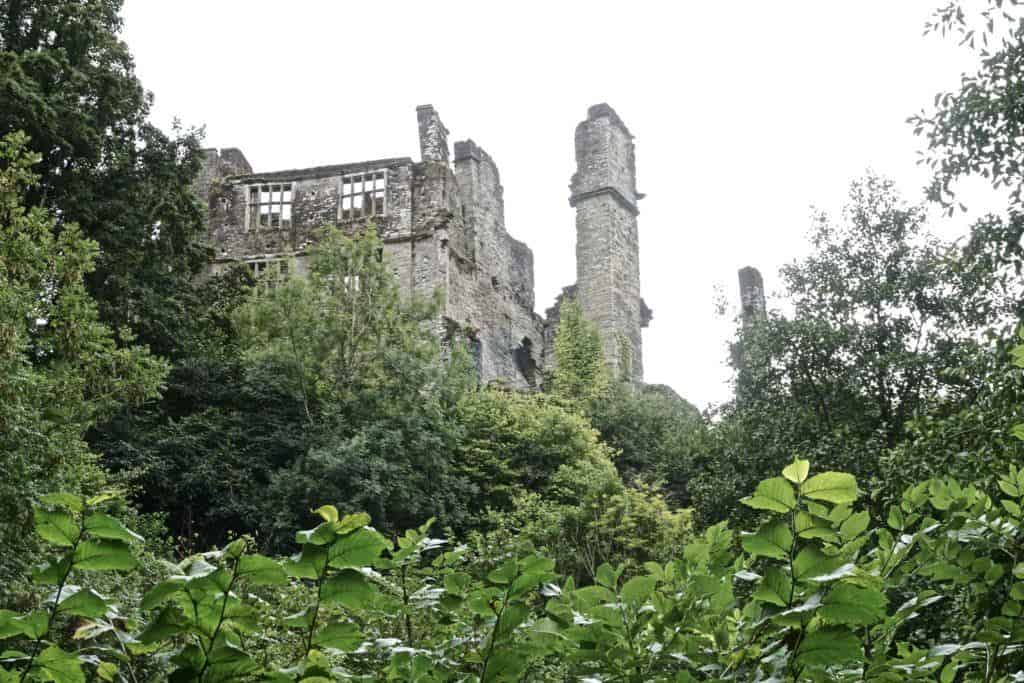 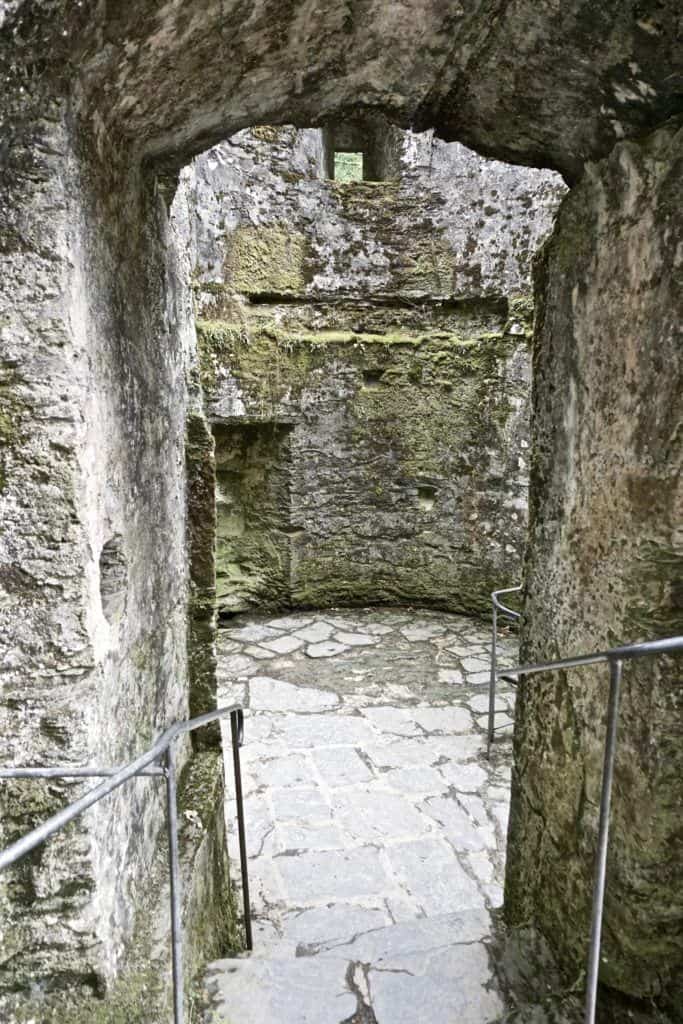 Did you enjoy reading about the Most Haunted Castle in England? Pin it now, read it again later! 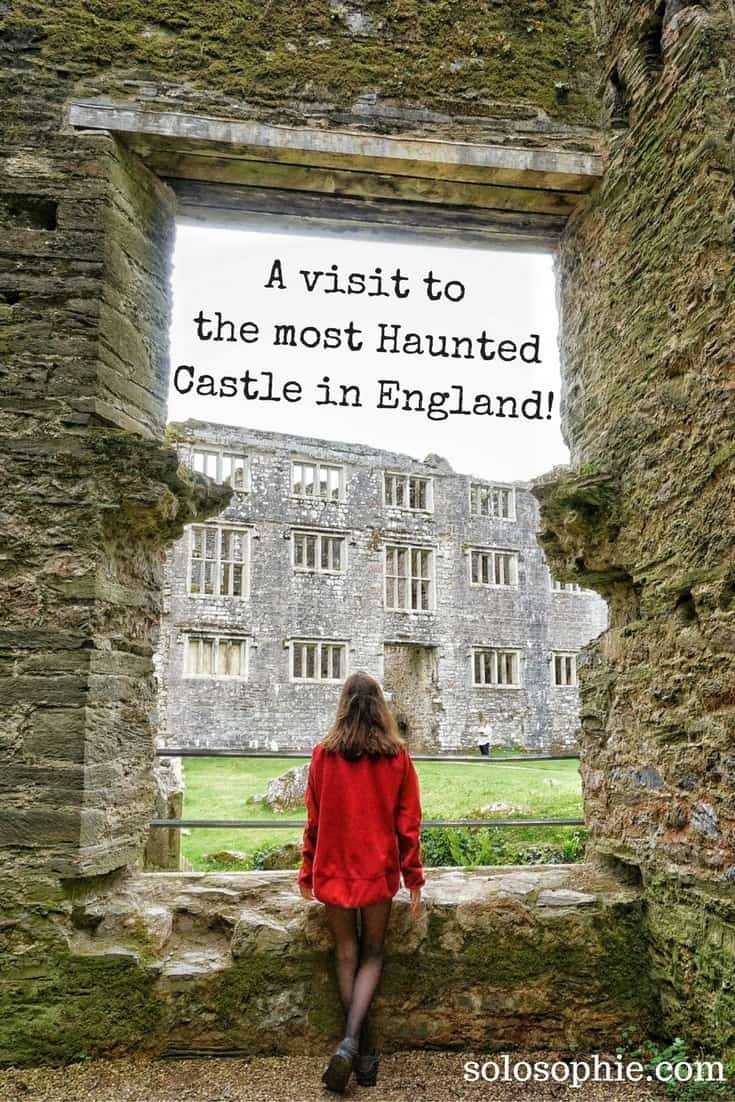 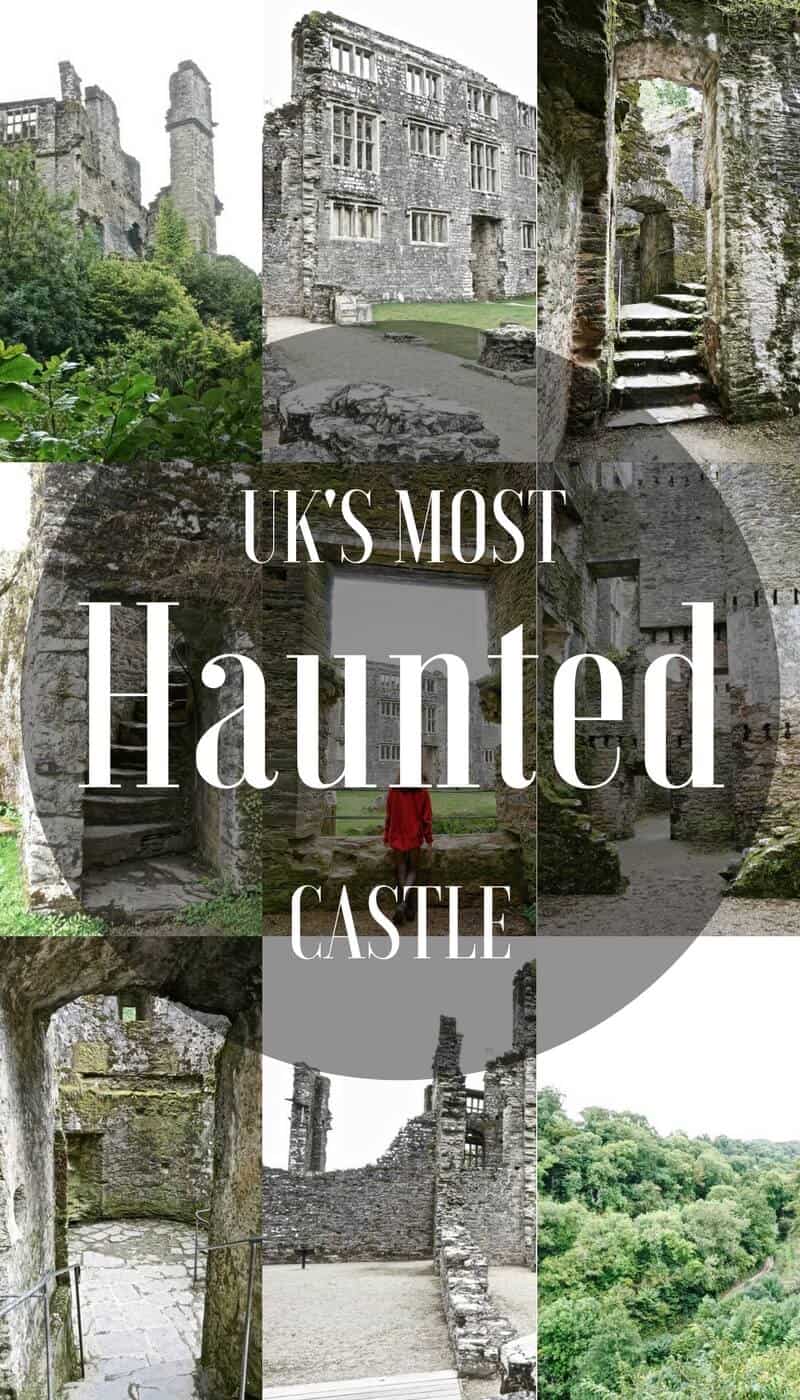 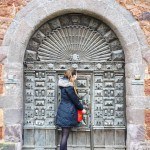 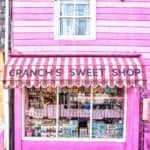 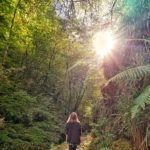 A Quick Guide to Lydford Gorge, Castle, Prison and Town! 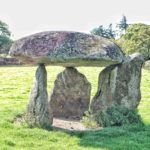 Used to work at Berry Pomeroy Castle its a beautiful place. Although managed by English Heritage it is still owned by the Seymour family.

I used to live just along the Paignton to Totnes road up from the village of Collaton St. Mary. There are so many ghosts at the castle many of whom can be seen during the day. There are so many ghost stories that seem to have been forgotten. Did you know the White Lady liked the flower gardens there, she preferred the blue flowers. When imprisoned her spirit would go to the garden and when she died her ghost could be seen at the garden next to her spirit.

I don't like exploring haunted places on my trips or even cemeteries or ghost tours as I get scared! The architecture of the castle itself looks scary to me but thanks for sharing the interesting stories behind the castle!

Wow the story was so interesting but the castle looks somehow scary! The best place to visit those days, just before Halloween