Flicking through the photos earlier this morning, I couldn’t help but wonder why the tradition of debutante balls persists. A practice where ‘the creme de la creme‘ of society are lined up, presented to the rest of high society and judged for all the world to see.

So as the 62nd annual debutante ball in New York has just passed, I thought I’d delve a little into the history of debutante balls. After all, although these are exclusive, jewelled, white dress filled events where we can’t actually attend… we can still check out the photos!

What is a debutante and what is the history of Debutante Balls?

Ok, so you may be sat there thinking “er, what even is a debutante?” Well, no worries, because this was the exact reaction that one of my friends had when I began telling her that I was currently ‘writing an article on the history of debutante balls‘ earlier today.

Basically, a debutante (or deb, for short) is a young woman from a ‘prestigious’ family who is to be presented to ‘high’ society for the first time. The word ‘debutante’ actually derives from the French word ‘debuter‘, literally meaning ‘to begin‘.

Like with many events with white gowns and overbearing parents, the practice actually started out as a pretty sexist movement. The tradition was formed so that young women, of marriageable age, could be ‘presented’ to high society for the first time.

This typically occurred between the ages of 16-18. From this, hopeful parents eagerly prayed that their daughters’ beauty and charisma would outshine that of all others in the room. And thus, secure them a ‘suitable’ husband.

Following the ball, the young women were expected to regularly attend ‘high society events’ and mingle in approved social circles. But perhaps the most peculiar thing about the history of debutante balls isn’t the tradition, but the name itself.

Despite the incredibly French origins of the name, the practice is actually largely practiced in the Anglophone speaking world. The French sounding name was probably chosen in an attempt to sound more sophisticated. After all, for the longest time, French was the official language of the court and that of the royal family.

Debutante Balls in the UK

In the UK, debutante balls were around for centuries before being abolished. The period of the year when debutante balls were held was known as the ‘London Season’. Nicknames like this meant that the elitist institution was regularly mocked by well-read publications (including Harper’s Bazaar).

“The Coming Season”, an 1870 cartoon satirizing the London social “season”, as printed or reprinted in Harper’s Bazaar magazine. Courtesy, Wikicommons.

The tradition began as early as the 16o0s, where women of high society (or noble birth) were presented in court to the King and Queen of the day for the first time. It continued for many centuries in the same kind of fashion. Each year, young women from ‘well-to-do’ families were presented in court. From this point, they were expected to mingle in high society and were treated as adults. It was also hoped that their entrance into high society would lead to ‘suitable marriages’.

Queen Elizabeth II finally banned the practice of the elitist debutante balls in 1958 within the UK, in the midst of a whole load of controversy. The last debutante young women were presented in court that very same year. Revivals have been attempted, but none on a particularly large scale and the practice has largely died out in the United Kingdom.

The exact reason for the banning of deb balls? Corruption. Back in the 1950s, many women wanted to be seen as ‘high society’ but had neither the connections nor the means to be officially invited to the debutante balls. As a result, a select number of the ball organizers began to charge hefty sums for tickets and this led to a corruption of the system.

Debutante Balls in the USA

Debutante balls in the USA have been around for centuries and were traditions brought over by the pilgrims when they first arrived in America. Although they started as ‘high society’ parties, the snobbery aspect that pervaded the balls led them to become less celebrated affairs. By the 19th-Century, Debutante Balls had become more of a dance, and casual afternoon tea rather than a well-respected event. 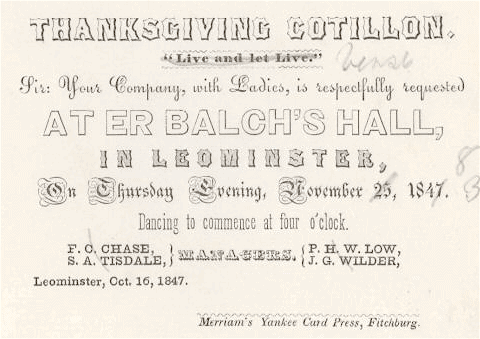 However, in the 20th-Century Debutante balls were well and truly revived. Emily Post published a book in 1923 that changed everything. In it, she described Debutante Balls as the ‘cornerstone of society‘. From the roaring 20s onwards, debutante balls were once again taken more seriously.

Today, despite the practice being abolished in the UK and little practiced in Australia the debutante scene in the USA is flourishing.  Now more than ever, more and more young hopefuls are signing up for the chance of appearing at a debutante ball. In the USA, debutante balls are also known as Cotillion (they’re referred to this way in Gossip Girl!) Of all the Cotillion Balls still running, the most prestigious is that which is held at the Waldorf Astoria Hotel in New York City.

Like in other nations, young women normally wear white dresses. This is because traditionally, white is used as a symbol of purity and is a kind of mirror image for the white dresses that women will wear on their wedding day.

However, unlike in the UK and the USA, debutante balls aren’t about ‘high society,’ but are usually organized in a similar fashion to a high school prom. In fact, schools, churches, and youth groups usually organize the ‘deb events’ as fundraisers for charity.

This means that there are way less elitist connotations surrounding deb balls in Australia. This also means that any young women between the ages of 16-18 are allowed to attend as long as they can cough up the ticket price. For the most part, young men aren’t allowed to attend unless they are asked by the debutante participants to be their ‘deb dates’. 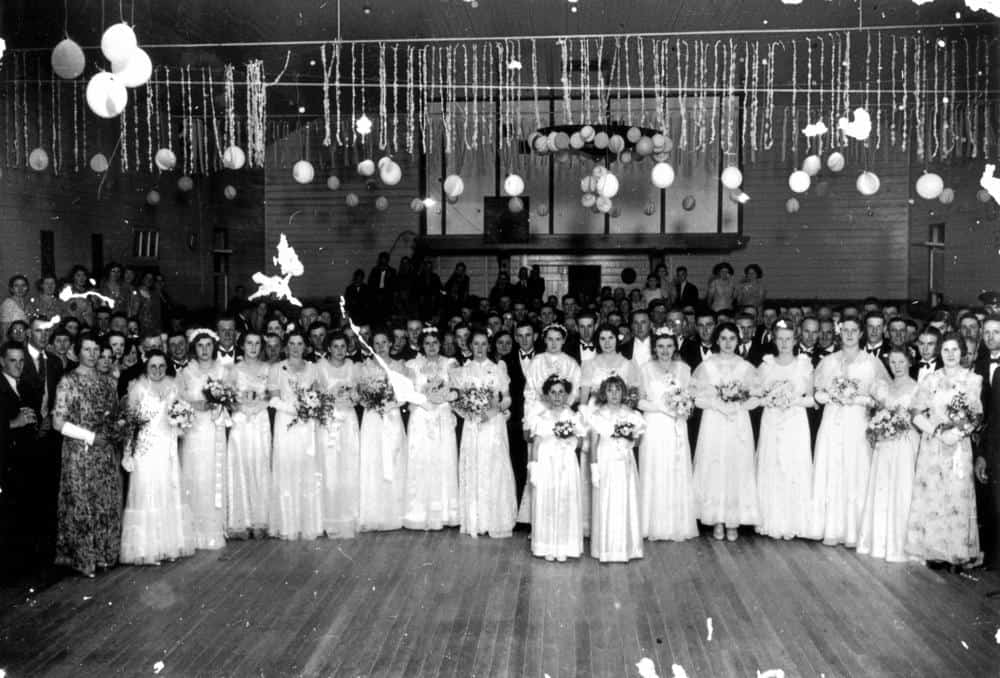 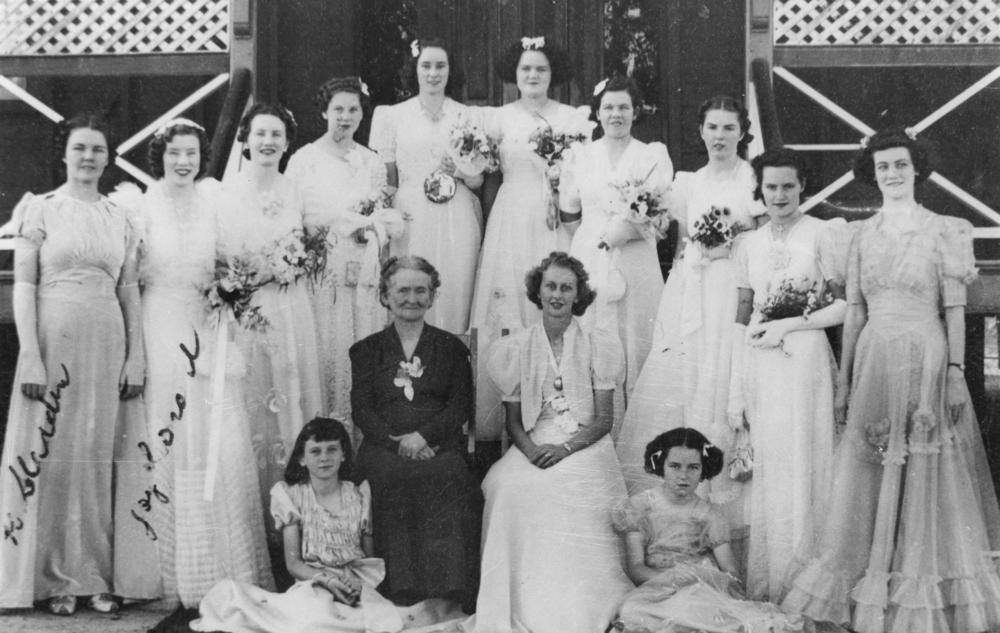 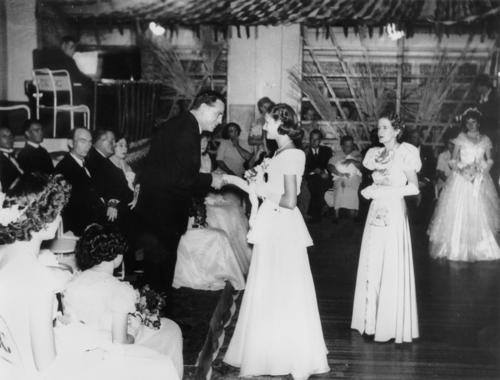 An interesting article; however, Queen Elizabeth didn't ban debutante balls. She doesn't have that kind of power. What she did was cancel the tradition of debutante presentation at court. something she does have control over.

Debutante balls are such an interesting tradition, though I admittedly didn't know nearly as much about them prior to reading this! I find it so funny that the tradition prevails in the US because it feels so formal compared to the rest of our society. Nevertheless, I always secretly wanted to be a deb, though my parents wouldn't allow it!