Last Updated on 5th May 2020 by Sophie Nadeau

Fancy a little bit of a French-language inspired feel at home? Well, aside from watching movies, delving into French language books, and chatting with people via social media, another great well to get a little lost in the French language is to turn up some French music. Here’s your ultimate guide to the best of easy listening French music you’ll soon fall in love with.

Please note that I haven’t included any French language rap music of French pop music in this list as these are articles which I have in the works for future publication. 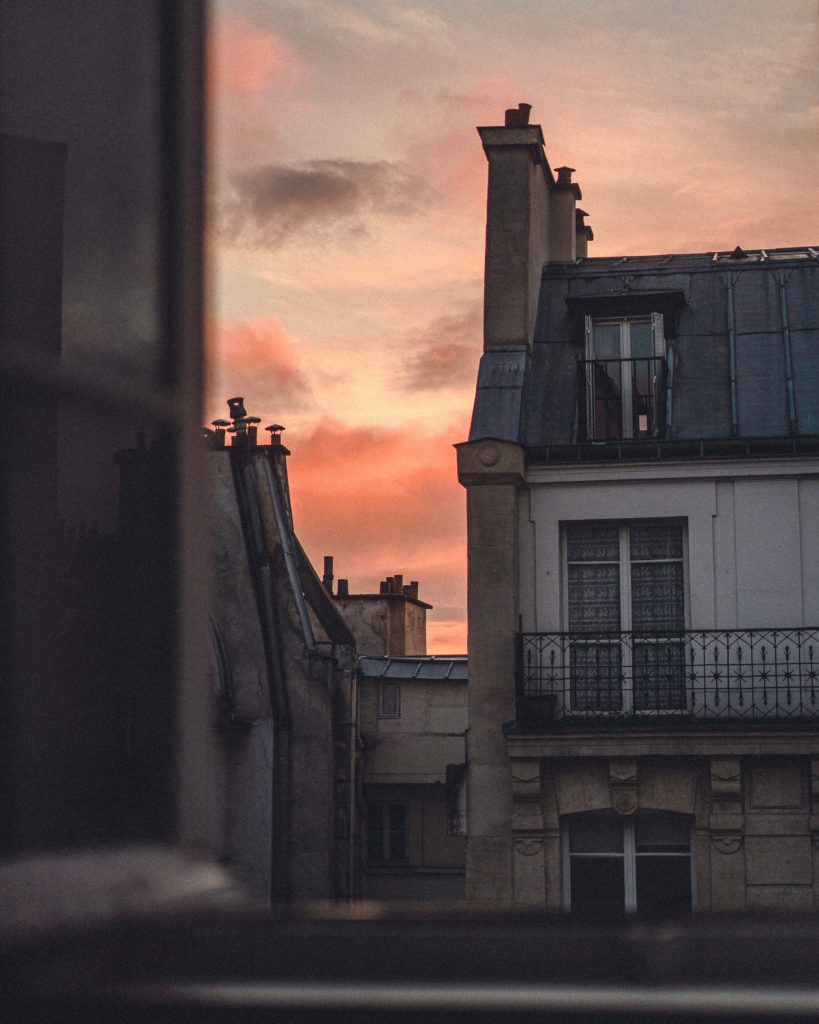 Born in Belgium in 1929, Jacques Brel was a singer, songwriter, poet, actor and director who appeared as an actor in 10 films, and directed a further 2. However, acting talents aside, Brel is best-known for his easy to listen to theatrical songs.

After performing at the cabaret La Noire Rose in January of 1953, Brel was soon enough spied and signed a contract to produce his first record, thus sparking an enduring musical career that is still celebrated to this day. Some of Brel’s most famous songs include ‘Ne me quitte pas’ and ‘Vesoul’.

Even if you’ve never heard of Charles Trenet before, you’ll undoubtedly have heard sound bites of his most famous song ‘La Mer’. Born in the little French city of Narbonne is South West France in 1913, Trenet was sent to boarding school in the nearby city of Béziers when his parents divorced.

However, he was soon back at home due to contracting typhoid. It was during his subsequent recovery at home that he developed his many artistic talents, including that of singing. His musical career includes many French favourite songs including ‘Boum!’, ‘La Mer’, and ‘Douce France’ (a personal favourite of mine!)

Of all the French language musicians included in this guide to easy listening French music, Carla Bruni certainly has one of the most unusual career paths. Having pursued a career in modelling in her early 20s, she soon enough quit to turn her hand to songwriting.

Born in Italy, Bruni moved to France at the age of seven. Rather unusually, Bruni also served as the First Lady of France when her husband, Nicolas Sarkozy, was president of France. Her first studio album, Quelqu’un m’a dit (with a flagship song of the same name),was something of an instant hit, selling 2 million copies.

French Canadian singer Céline Dion sings in both French and English, but I have a particular love for many of her French language tracks. Born in Quebec in 1968, Dion is the best selling Canadian artist of all time, as well as being one of the best-selling artists of all time period.

Dion began by releasing a series of French language albums in the 1980s and has been selling albums, producing and entertaining wide-spread audiences ever since. Some of Dion’s most popular French language songs include ‘Pour que tu m’aimes encore’ and ‘Parler à mon Pére’.

French-born singer-songwriter, cabaret performer, and film actress Édith Piaf is one of the most famous and celebrated French musicians to have ever lived. Born in Paris in 1915, Piaf grew up along rue Oberkampf in the 11th arrondissement of the city and is interred in Père Lachaise cemetery.

Piaf is best-known for her largely autobiographical songs which touch on themes of sorrow, love, and loss. Her musical career well and truly took off in the mid 1930s when Piaf was ‘discovered’ at a cabaret in Pigalle. Today, some of Piaf’s most famous songs include ‘La Vie en Rose’ and ‘Non, je ne regrette rien‘.

Born in Paris in 1945, Dutronc is a French singer, songwriter, guitarist, composer, and actor. He’s been married to a fellow French singer since the 1980s and the two have a son who’s a guitarist (quite the musical family!)

Dutronc’s musical career began when he was part of the musical group El Toro et les Cyclones, before he went on to pursue a solo musical career. Some of his best-known songs include ‘Il est cinq heures, Paris s’éveille’ and ‘J’aime les filles’.

Born in Paris in 1943, Johnny Hallyday was a French singer songwriter who was particularly known for his rock and roll pop songs and is often referred to as the man who brought rock and roll to France.

Born Jean-Philippe Léo Smet, Hallyday is more commonly referred to by his professional name which he used during a career spanning over half a century. Some of his most loved songs include ‘Je te promets‘ and ‘l’envie‘.

Georges Charles Brassens was a French singer songwriter and poet. Born in the quaint South West France city of Sète in 1921 to a French father and Italian mother, Brassens released many albums throughout his musical career and even has a park in Paris named for him.

Known for his acoustic, folk, and French chanson music, Brassens was once very shy and found it difficult to perform in front of an audience. However, in time his music grew in popularity and some of his most acclaimed songs include ‘Les passantes’ and ‘Les copains d’abord’.

French model, actress, and singer Vanessa Paradis is another French language music who writes and sings songs both in English and French. You may also recognise Paradis’ name owing to the fact that she was once married to the actor Johnny Depp.

Paradis’ first hit was the song ‘Joe le taxi,’ which she released at the age of just 14, and which turned her into a child star. It remains one of her most popular hits. Other French language songs by the singer include ‘La Seine’ and ‘Ces mots simples’.

Serge Gainsbourg was born Lucien Gainsbourg in Paris in 1928. The singer songwriter has created a number of works in a variety of genres, including pop, French chanson, rock, electronica, and jazz, among others.

The French born singer was quite the creative, and among his many accomplishments, he was a singer, songwriter, pianist, film composer, poet, painter, screenwriter, writer, actor and director. Gainsbourg’s most famous songs include ‘Bonnie and Clyde’ (together with Brigitte Bardot) and ‘Je suis venu te dire que je m’en’.

Renaud, whose full name is Renaud Pierre Manuel Séchan (but who is referred to professionally as simply Renaud) was born in Paris in 1952, and wanted to become an actor straight out of school. His songs span many genres, including chanson, country, pop, and rock. Some of Renaud’s most popular songs include ‘Mistral gagnant’ and ‘Morganne de toi’.

Best-known for his tenor voice, Aznavour sold over 180 million records in a career spanning over seven decades. Enduring is his popularity, he performed for millions and sang at humanitarian events, as well as for presidents. Some of his most famous songs include ‘La Bohème’ and ‘Emmenez-moi’.

A French canadian singer-songwriter, Lynda Lemay was born in 1966 in Pontneuf, Quebec. Most of Lemay’s songs fall into the ‘Chanson’ genre and you’re sure to soon fall in love with her easy listening French music style and lyrics. Some of Lemay’s most popular songs include ‘Une Mère’ and ‘Le Plus fort c’est mon père’.

Alain Souchon was born Alain Kienast in Casablanca, Morocco in 1944, though is commonly referred to by his professional name, Alain Souchon. A dual French-Swiss national, Souchon’s family moved to France six months after he was born.

A prolific singer-songwriter and actor, Souchon has played a role in seven movies and has released no fewer than fifteen albums! Some of Souchon’s greatest hits include ‘Foule sentimentale’ and ‘Presque’.

If you enjoyed all of this popular French music and want to discover a little more, then you can check out this French easy listening playlist I made on Spotify. 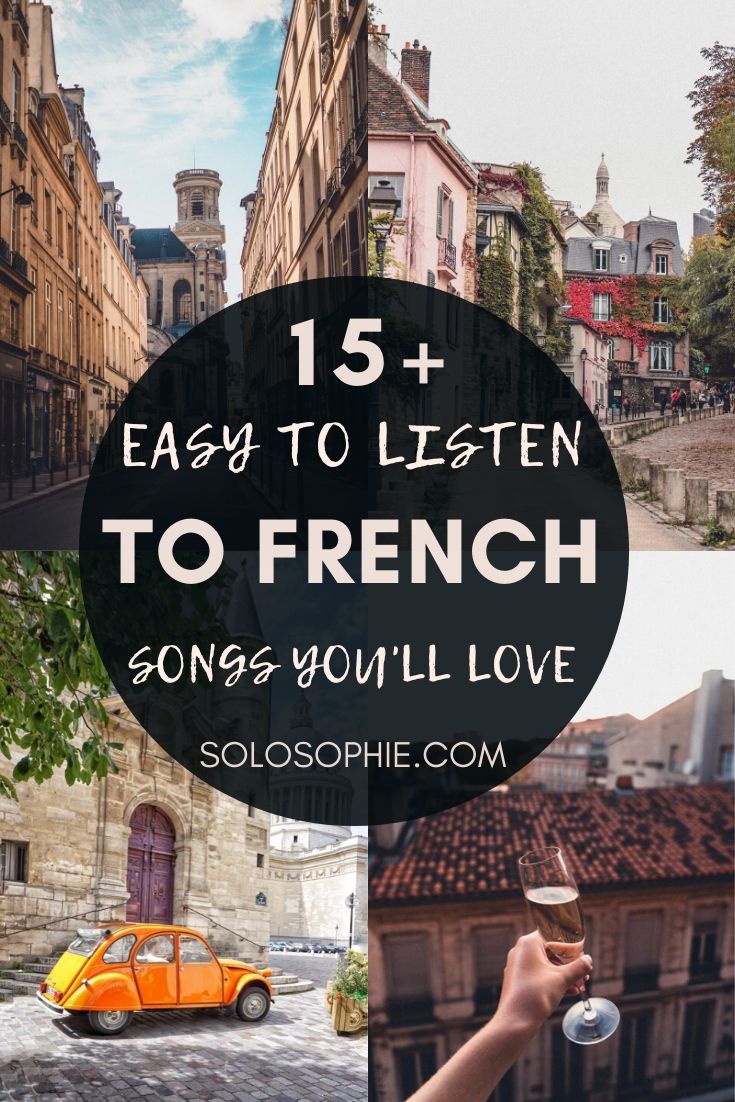 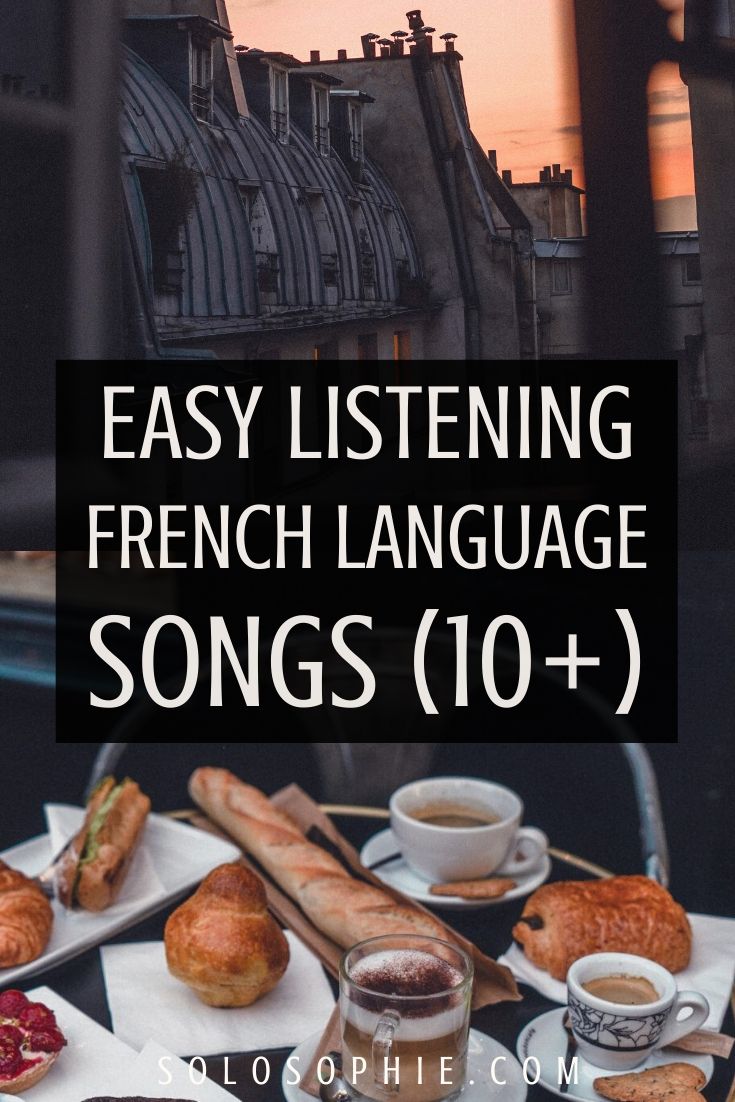 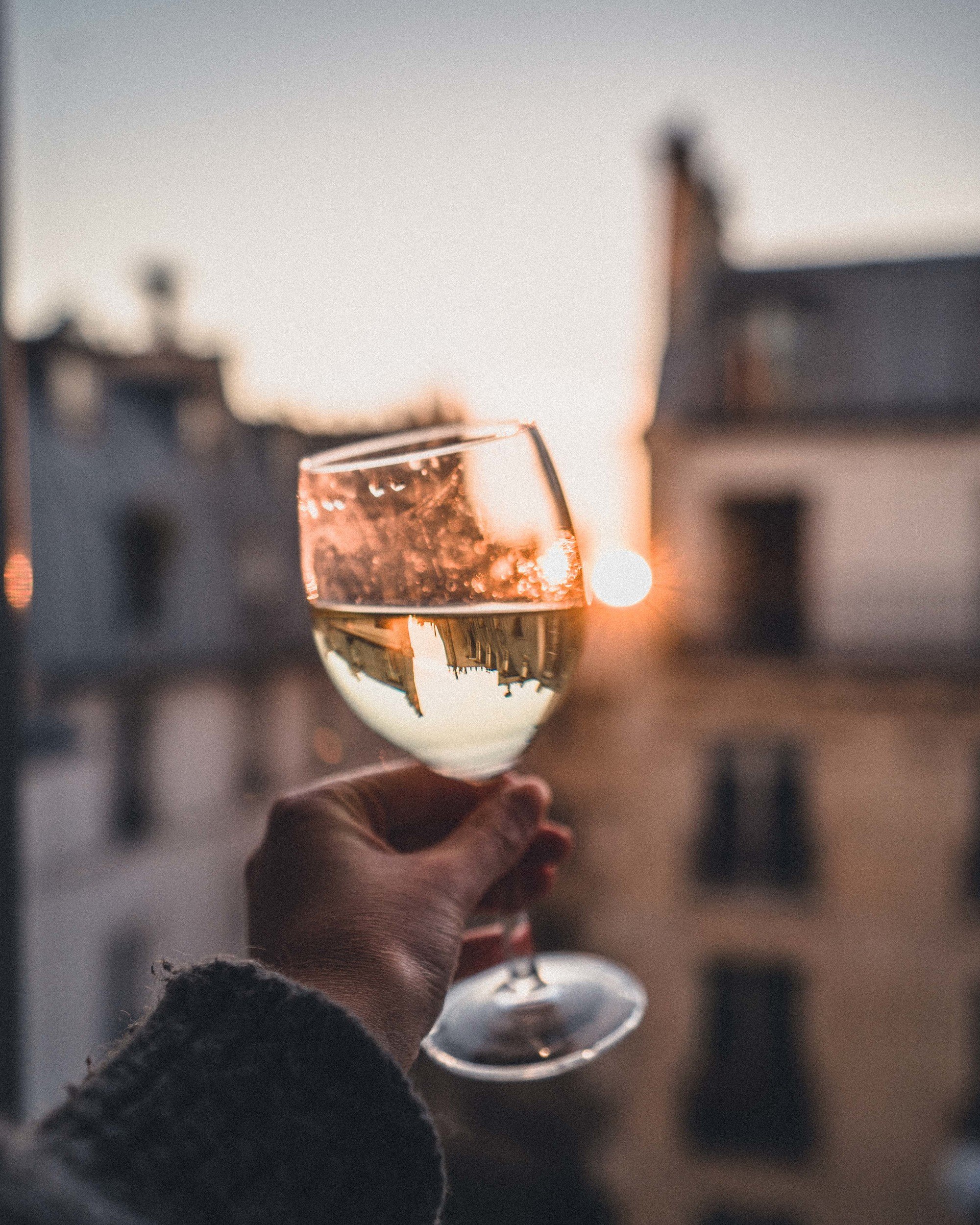 Here’s How to Recreate the Paris Experience in Your Home 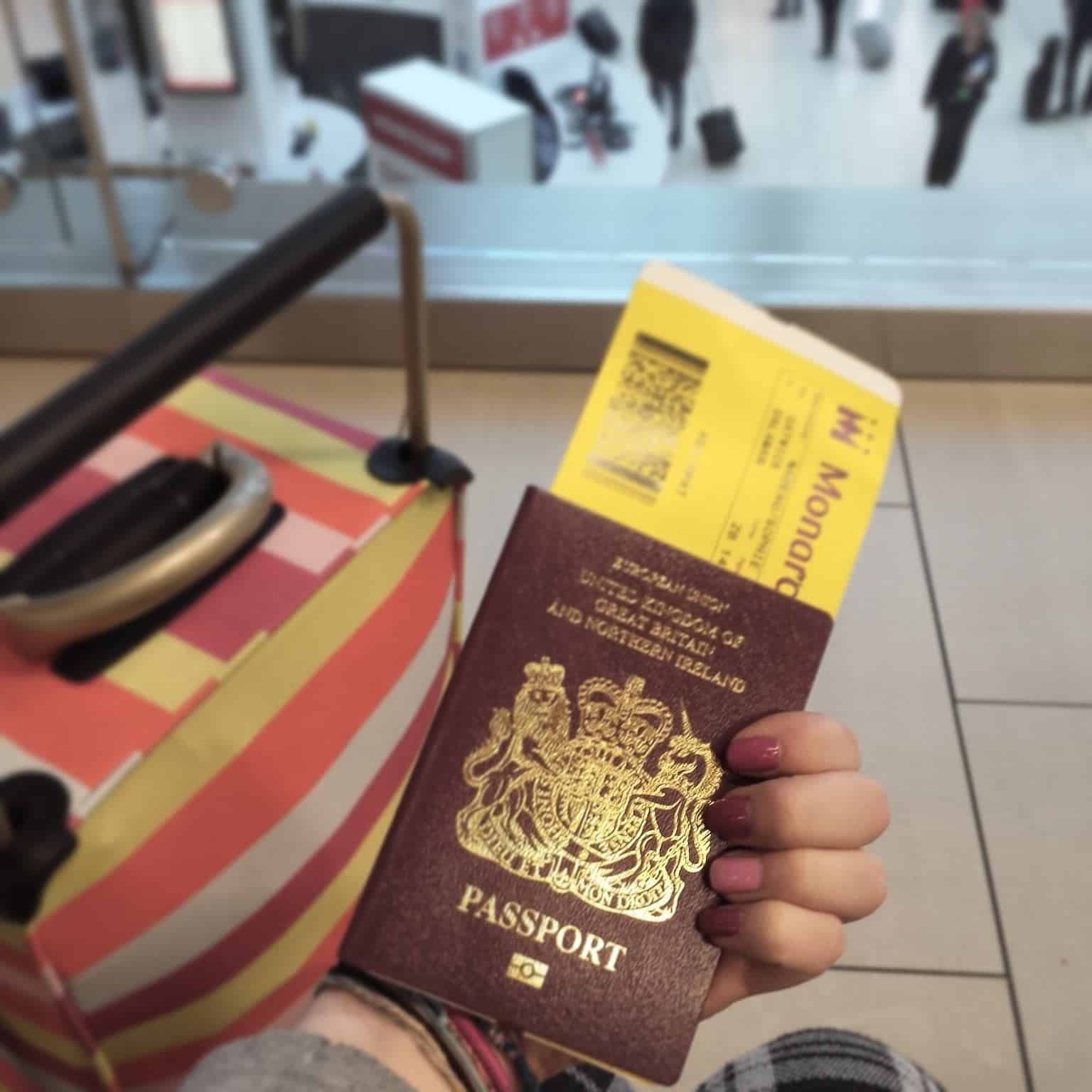 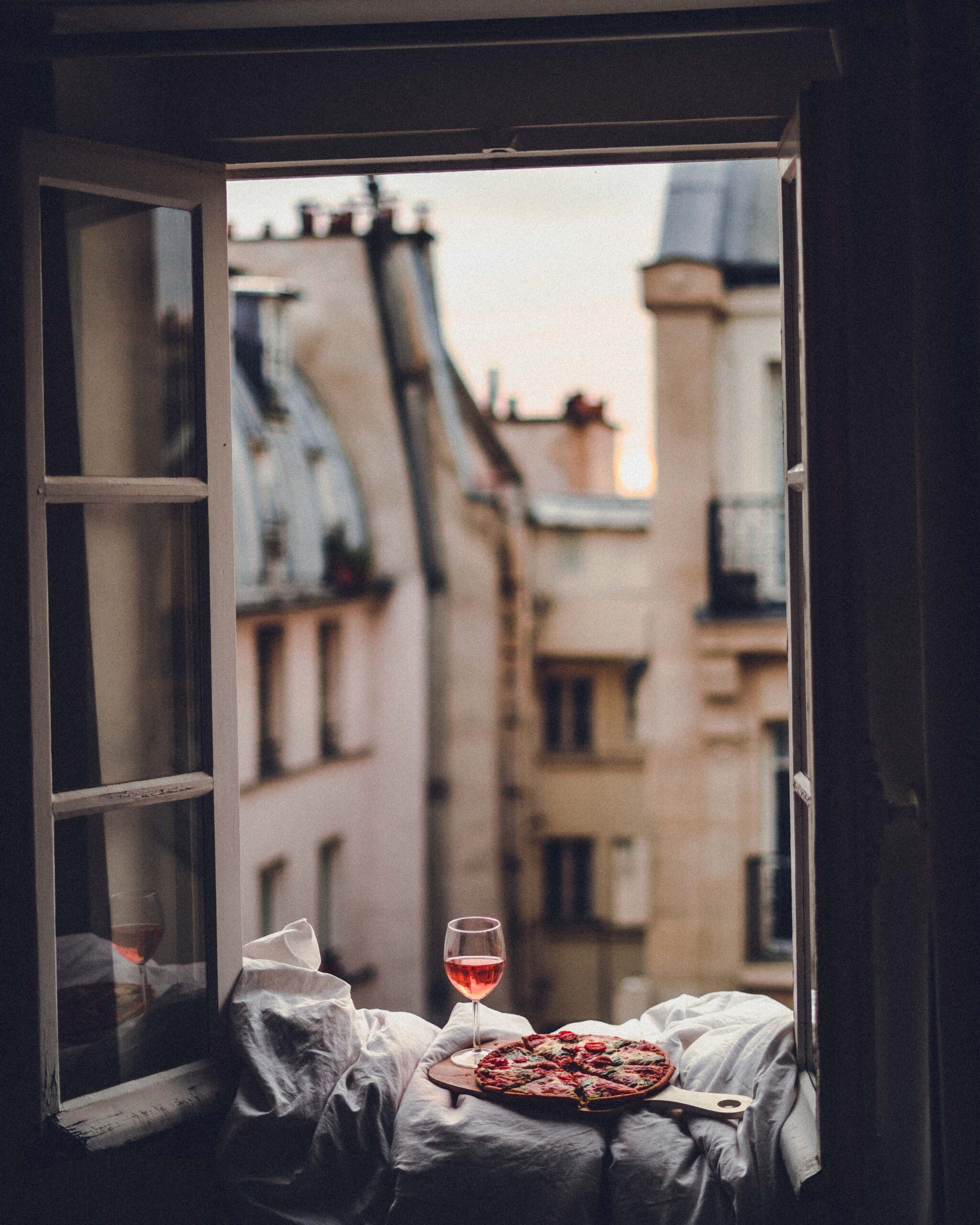 10+ Inspired Ways You Can Travel Without Leaving Home