Over three hundred days of sunshine a year, plenty of history, and located alongside France’s secret riviera: what’s not to love about Montpellier? Rapidly rising the rankings as the up and coming French holiday destination you should know about, you could easily explore Montpellier over the course of a day or two. Here’s a free and self-guided Montpellier walking tour!

I first visited the charming city of Montpellier, which also happens to be one of the largest cities in France, during a solo trip to the South of France earlier this year. And while I didn’t fall in love with the city to the same extent as some of the smaller settlements in the area, this is the place to go if you love a faster way pace of life, and a metropolitan buzz to your vacations.

Wear sturdy walking shoes; the historic part of the city is full of little winding lanes, many of which are cobbled. As such, be sure to leave your heels at home and opt for some flat comfortable shoes instead.

I personally wear tennis shoes as I find them easy to style with summer outfits, all the while maintaining comfort. In fact, if you’re planning to visit anywhere in the South of France, then easy to walk in shoes are your best bet!

Walking time: 44 minutes. While the walking time of this tour is under an hour, I highly recommend setting aside at least two or three hours so as to allow yourself to stop at cafés and attractions along the way.

Distance covered: 3.6 km. Although this walk is under 4 km, there are plenty of little side streets and little-known cobbled lanes to explore when it comes to exploring Montpellier. As such, plan to walk a little further as to make the most of what this French city has to offer.

This Montpellier walking tour begins in the very heart of the historic old town, outside one of the best examples of medieval architecture Montpellier has to offer. There, you’ll find plenty of history, as well as a major focal point of the wars of religion.

Where Montpellier Cathedral now stands was once home to a college of Saint Benedict. Parts of the current building on the site date back to the 14th-century and the Roman Catholic building’s full name is Cathedral Saint-Pierre of Montpellier.

From the Cathedral, it’s a short five to ten-minute walk to the beautiful botanical gardens (the Jardin des Plantes de Montpellier). Located along Boulevard Henri IV, this green space is open from Tuesday through to Sunday and is free of charge to enter.

First founded as a university garden in the 16th-century, the historic park is the oldest botanical garden of its kind in France. For those looking for a quiet spot to contemplate or simply find a calm place to eat, the Botanical Gardens are the perfect oasis of calm in the centre of the city.

When visiting this monument, be sure to bring your camera (especially if you have a zoom lens). After all, the viewing platform for the Aqueduct presents one of the best views Montpellier has to offer. Attractions of interest to spot in one of France’s most underrated cities include several churches and the maze of streets which make up Montpellier.

The Promenade is a grand plateau to rival that of any other major European city; all park benches, large trees, and trickling fountains, this is the place where all the locals go to hang out. Free to visit, it’s the perfect spot for a French picnic, or simply to catch up with friends.

The space of the park, whose construction first began during the 17th-century, is three hectares. The spot is popular with local runners and musical instrument players alike. For those interested in antiquing, it’s worth noting that every Sunday a flea and antique market is held on site.

From the Promenade du Peyrou, you simply need to walk just a few hundred metres to reach Montpellier’s very own Arc de Triomphe. And, yes, I know what you’re thinking: Montpellier has a triumphal arch too?

For those unfamiliar with the history, the very first Arc de Triomphe can actually be found not in Paris, but in Orange, Provence. Napoleon loved the idea so much, that he commissioned several in Paris during the 19th-century.

The Montpellier version was actually commissioned by the Sun King, i.e. Louis XIV and the founder of the Palace of Versailles as we know it today. The Triumphal Arch was built in 1691 and stands at 15 metres high. The purpose of the arch was simply to praise the Sun King and the many ‘accomplishments’ of his reign.

Situated in amongst a maze of small streets and independent cafés, the Eglise Saint Roch was built in the Neo-Gothic style during the 19th-century. Also known as ‘Sanctuary of Saint Roch,’ the ecclesiastical building is popular among those walking the French branch of the pilgrim’s route on their way to Santiago de Compostela in Spain.

From the church, it’s a meandering walk through the smaller streets of Montpellier. While the walk in of itself may be short, take the time to look down little alleyways and visit smaller shops of interest. After all, it’s in the historic heart of Montpellier where much of the more interesting things the city has to offer can be found.

Once at Place de la Comedie, it’s worth noting that much of the hustle and bustle of Montpellier life is to be found here. While in the city’s central square, be sure not to miss one of the more beautiful carousels to be found in the South of France, as well as the central statue of the Three Graces.

Snap some photos and take your time to soak up the ambiance of the square. Known locally as ‘the Egg,’ Place de La Comedie is one of the largest pedestrian areas in Europe. On the square itself, there are several restaurants and cafés- though these are a little more touristic than those brasseries to be found deeper in the historic centre.

For futuristic architecture, as well as some of the best ice cream shops in town, you simply have to head to Antigone. This neighbourhood can be found to the east of the city centre and the district’s architect was the Spanish architect, Ricardo Bofill Levi. And so, if you want to capture some modern architectural shots, do a spot of shopping, or see another side of Montpellier, this is the district to visit!

And if you have a little more time?

After discovering all the beautiful architecture of the historical city centre of Montpellier, it’s worth noting that there’s a whole range of day trips to be taken from the Southern French city. Some of the best excursions from Montpellier include a visit to one of the many nearby vineyards that the region boasts or to another nearby town such as that of Béziers.

Where to stay in Montpellier

During my trip to Southern France, I spent just a one night stay in Montpellier. This was both through a lack of time, and a want to explore several other destinations during my trip.

With this being said, the former capital of the Languedoc region has plenty by way of sights, particularly if you opt to visit the Château de Flaguergues on the fringes of town.

As such, you could easily find enough nearby activities and excursions to fill a two or three day trip to the city. During my time in the French city, I opted to stay in the Best Western Plus Comédie Saint Roch. This hotel was clean, comfortable and located right by the train station- everything I wanted during my trip.

As I was staying just one night, it was also useful to be able to leave my bags at reception during the day so that I could leave my luggage for when I went exploring what Montpellier had to offer. To check all hotels and rates for Montpellier click here. 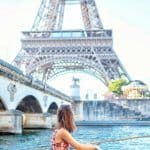 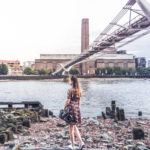 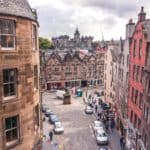 […] Sophie Nadeau writes at solosophie.com. Check out her post on a free walking tour of Montpellier! […]