Higher than the ever-famous Niagra Falls and just a few minutes from the outskirts of downtown Quebec City: a visit to Montmorency Falls is a guaranteed must on any visit to Quebec’s capital city. Here’s a guide to visiting Montmorency Falls, and a brief overview of the water feature’s history. 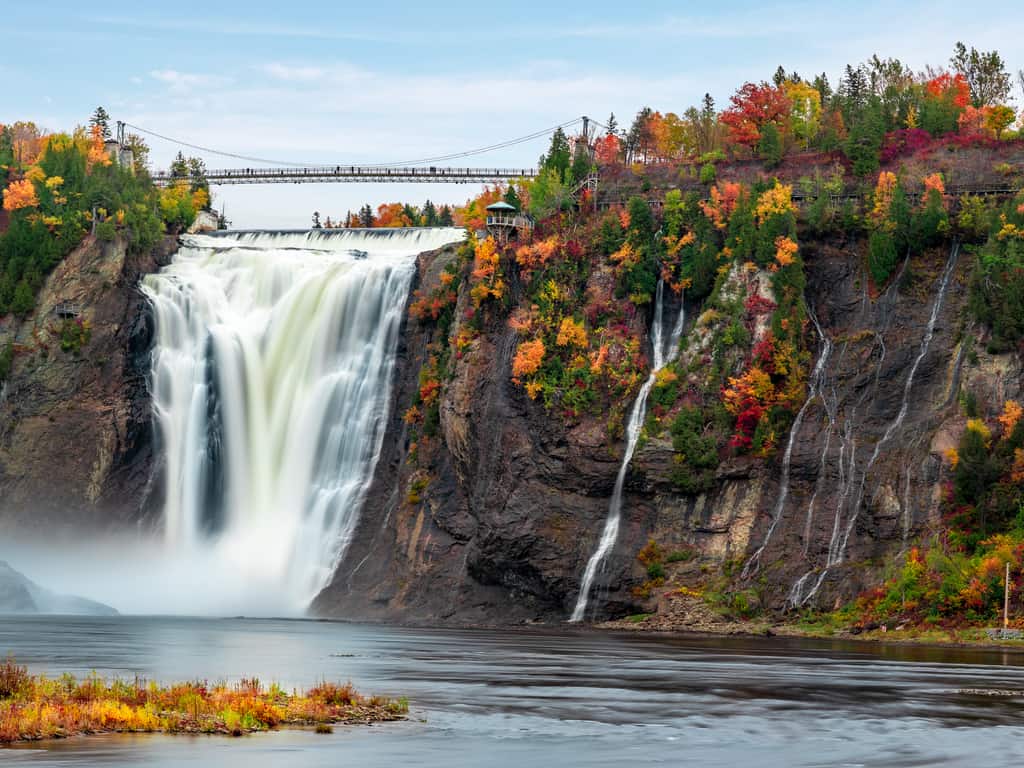 In more recent times, the Falls have been used as a filming location for the 1947 movie, Whispering City. Other parts of the film were shot in nearby old town Quebec. Today, the falls make for one of the best day trips from downtown Quebec and are well worth a visit for nature lovers and thrill seekers alike.

Located in the Parc de la Chute-Montmorency (Montmorency Falls Park), the waterfall is the highest in the Province of Quebec and the eighth highest in Canada. Though not as wide as Niagra Falls, the falls are 83 metres high, meaning that they’re some 30 metres higher than those of Niagra.

Part of the Montmorency River, the falls are the last stop before the water drains into the Saint Lawrence River. The St Lawrence itself is a historically important river which was once vital in the fur and fishing trades during the 16th-century.

Today, the falls are now home to a via ferrata, impressive suspension bridge, and plenty of nearby hiking trails. For those feeling a little more adventurous, a visit to the Falls gives the possibility of going on a 300-metre wire zip line and climbing one of three nearby via ferrata (iron way) routes.

Once there, there’s also a cable car offering panoramic views, as well as a restaurant and visitor centre. In the winter months, there’s snowshoeing, while at other times, hiking trails (which are often closed due to ice in the winter) and children’s playgrounds are open. 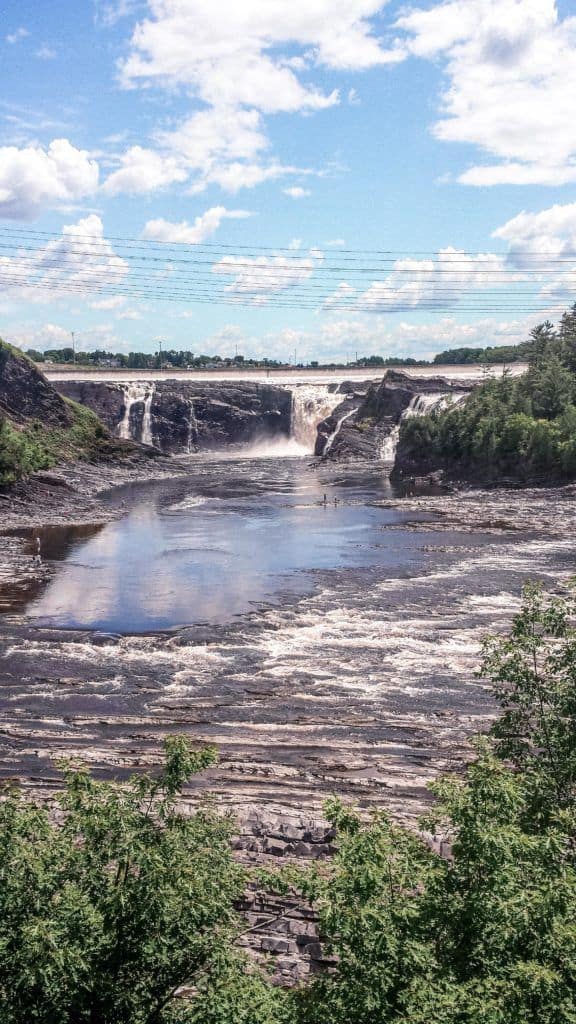 Although the falls can be visited year round, it’s worth noting that the best time to visit is probably just outside peak season; i.e. in the late spring or early autumn. This way, it’s possible to enjoy the warm, sunny weather, all the while enjoying the scenery.

After all, of all the reasons to visit Canada, the breathtaking landscapes rate among the top. Should you opt to visit the falls in the Summer, it’s worth noting that there’s an annual international fireworks competition held on an annual basis. In the warmer months, the iron content in the waterbed means that the water glows slightly yellow. 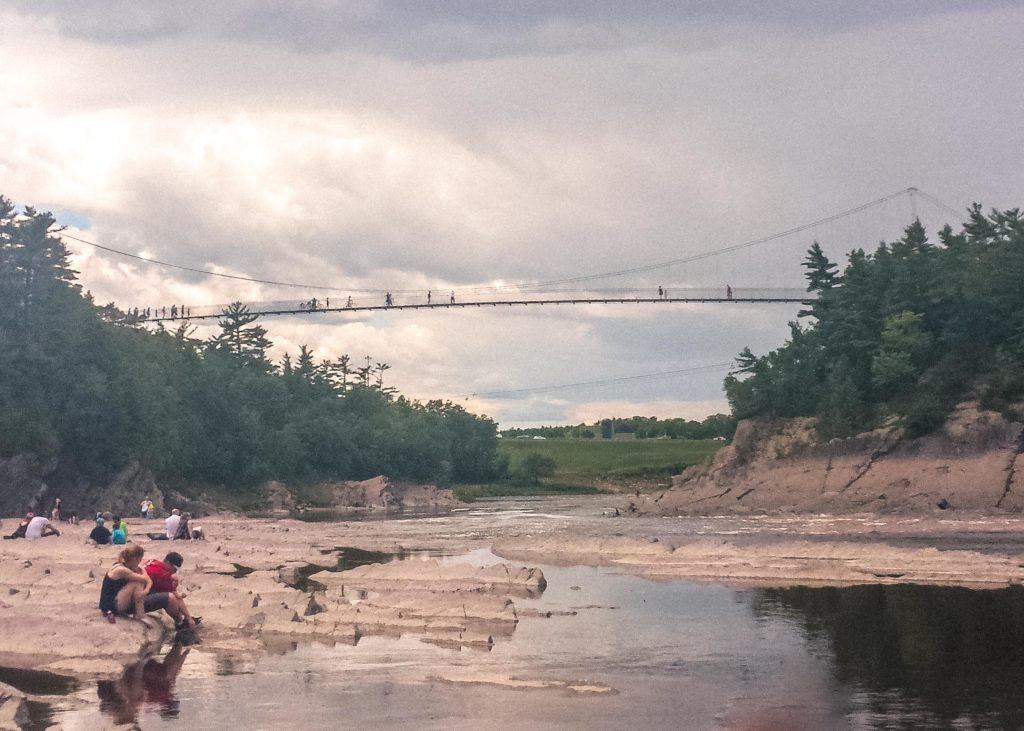 How to get to Montmorency Falls from Quebec City or Montreal

There are several ways to get to the falls from various locations across Quebec, including from the Southern city of Montreal. From downtown Quebec City, it’s around 9 miles to reach the falls, which roughly translates to a fifteen-minute drive. And once at the falls, there’s a paid car park.

In terms of public transportation, from Quebec city, there are several bus routes which run door to door and the total journey time is roughly 45 minutes. Otherwise, you can always consider booking a guided excursion to Montmorency Falls. For example, this direct shuttle bus from Old Town Quebec will take you straight to the falls. 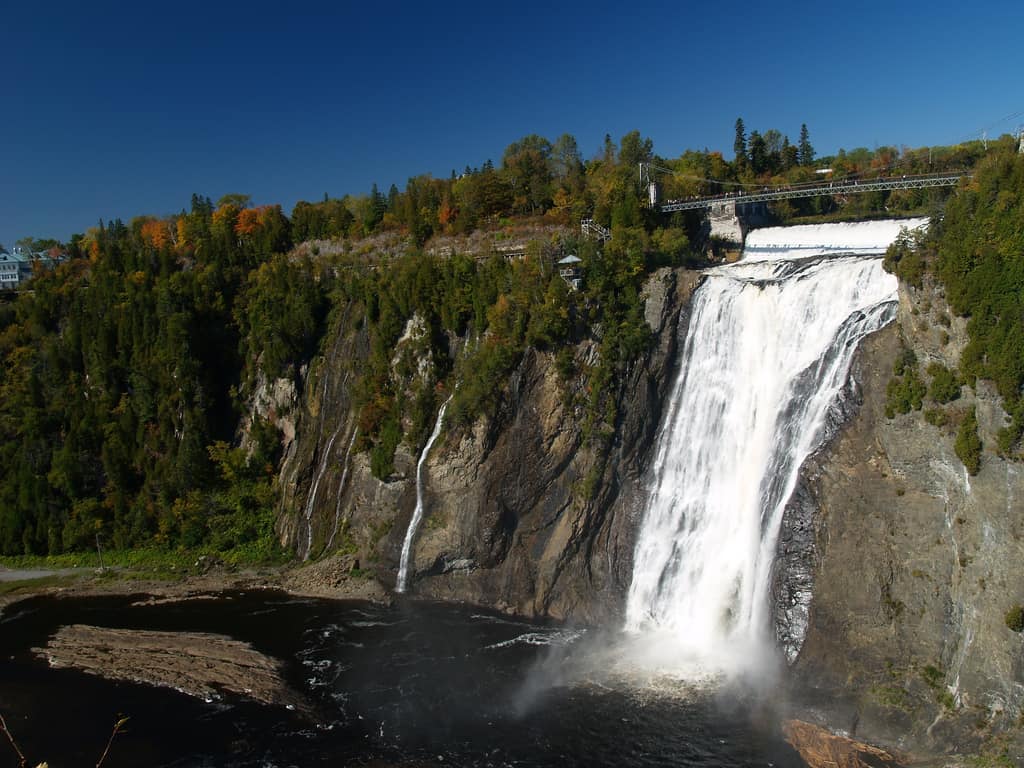 Another option which is perfect for nature lovers is to take this well-reviewed Montmorency Falls Bike Tour from Quebec city. This four-hour tour encompasses sightseeing various locations along the Saint Lawrence River and a cable car ride once at Montmorency Falls. Finally, for those who are travelling from Montreal and have limited time, this Quebec and Montmorency Falls tour will show you the highlights in a day.

While the falls themselves are free to see, several attractions on site are paid; the cable car, zip-lining, and car parking to name a few. Full information on opening times and prices for the cable car, zip-lining and car parks can be found on the sepaq.com website. You can always book your Montmorency Falls with Cable Car Ride ahead of time so as to save time on the day. Check prices and availability here. 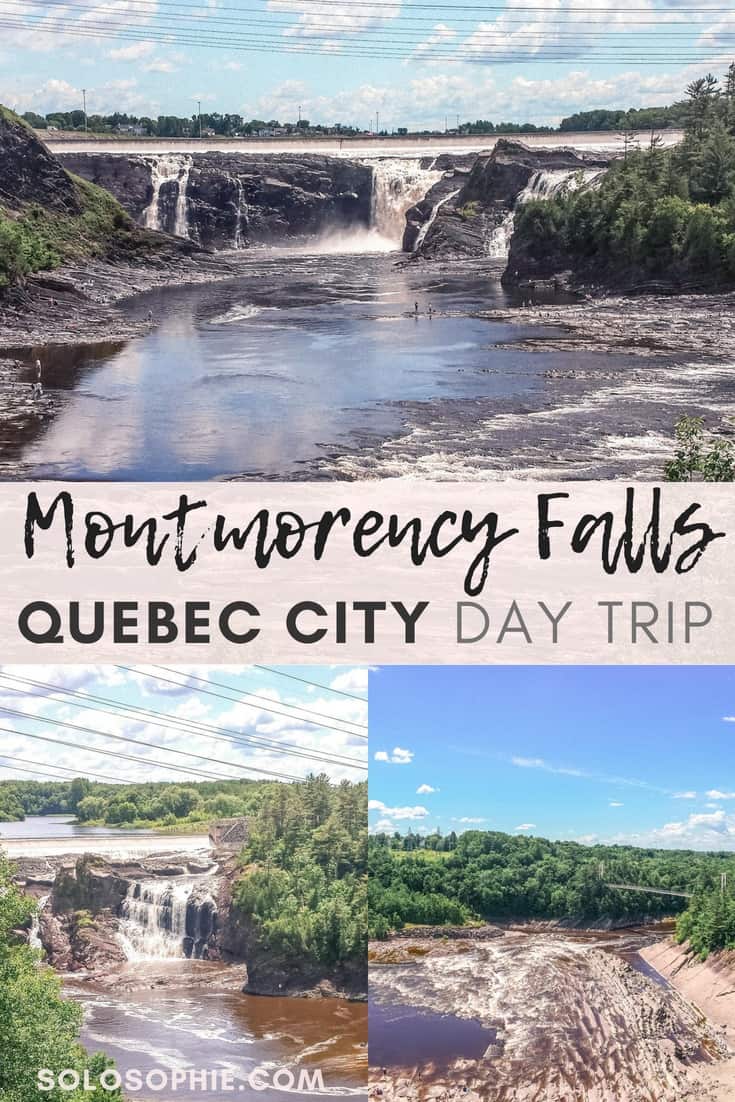 Things to Do in Quebec City - Wandering Why Traveler

[…] of a particularly easy day trip to take from Quebec City need to look no further than the stunning Montmorency Falls, which is just a quick bus ride away from the city centre. The 800 bus takes around half an hour […]