So you’re planning a trip to Paris? Maybe you’re going for a long weekend, or perhaps an entire week (lucky you!). Well, there’s one thing that most people suggest you do. However, I highly advise against doing this thing! Don’t go up the Eiffel Tower! Like, seriously, just don’t do it.

Unless you want to go up the Iron Lady just to tick it off your Parisian Bucket List, then it’s just not worth the time (or effort). There are far prettier views available at a fraction of the price and a much reduced waiting time!

To be honest, going up to the top of the Eiffel Tower is pretty over-hyped. The waiting times are regularly between two and four hours long and the place is always entirely packed! This doesn’t even take into consideration that the Eiffel Tower is in the middle of the Champs de Mars so you’re going to miss all of those pretty Haussmann Buildings.

Now, don’t get me wrong. I absolutely love the Tour Eiffel. Even more so since I discovered that there’s a military bunker hiding under the base of the south leg…

But yes, in my opinion, don’t go up the Eiffel Tower because it’s not the best viewpoint in Paris. And isn’t that why you were planning to go up in the first place?

Go up the Arc de Triomphe instead!

Built between 1806 and 1836, the Arc de Triomphe sits at the very end of the Champs Élysées (you know, that iconic shopping street filled with luxury shops). It’s little known that the original Arc de Triomphe is actually situated in Provence and was built by the Romans!

Napoleon loved the idea of grandeur and had plans to ‘leave a legacy’ behind him that would be remembered for generations to come. And I guess he wasn’t entirely wrong because no ruler of France has shaped Paris to the same extent! So thus the Arc de Triomphe was built to commemorate all his battle victories.

Today, the Arc de Triomphes lies in the very centre of the infamous Arc de Triomphe Roundabout. Famed for being the most dangerous roundabout in Europe, it’s one of the only places in the world where vehicles coming onto the rounabout have priority over the vehicles already on it. And let me tell you from experience that being a passenger in a car on that roundabout is not a pleasant one!

Oh, and you can go up the Arc as well! with queues of roughly half an hour (the max I’ve waited was an hour), these are the best kind of waiting times you can expect from Paris.

The views from the top provide 360 degree bird’s eye viewpoints over one of the most historic and best preserved Haussmann quarters of Paris. From here, you can see all the way to the Pere Lachaise Cemetery, La Defense and beyond… 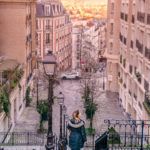 IN SEARH OF HIDDEN HISTORY IN MONTMARTRE: CHÂTEAU DES LYS 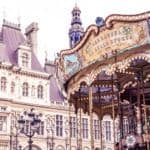 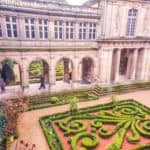 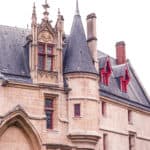 Have to disagree. In my opinion, going to to the top of the Eiffel Tower is a must do. You can easily buy tickets online. I honestly don’t get the climbing, when you can pay a bit more and take two elevators. The lines were not bad at all (but maybe we were lucky?) The views are amazing. So, definitely a must see;)

Going to to the top of the Eiffel Tower is a must do especially if the weather is great. However, I certainly would not have stayed in line. I purchased tickets with an agency for 40 bucks or so and we didn't have to wait in long lines at the Eiffel Tower. We did have to wait for 30 minutes outside the area as everyone assembled. Was totally worth it.

We were in Paris one year on 14 July, Bastille Day. We went to the top of the Montparnasse Tower (there's a fee) and watched the fireworks display from there! Great view of the light show on the Eiffel Tower too.

I will have to disagree. I've been at least 30 times to Paris and there isn't a view of the entire city like this one. Yes, been to the Sacre Coeur many times and that one is 2nd on my list. I do agree with the lines and for some, that isn't worth it. I have also taken students who would gladly get back in line for this incredible view. While it is crowded, people have been great about taking some photos and then moving aside to let others have the same opportunity. Was just there this summer and had no problems getting thru the crowd to get any angle shot I wanted. I think it's well worth it!!

Yes! We totally agree - why would you climb the most iconic landmark for a photo, when you can go somewhere else (with less people) and include it too. Love it Sophie