One of the newest festive romantic comedies to be released by Netflix is Christmas Flow. The miniseries features an unlikely love story between a dedicated feminist journalist and famous rapper who is in hot water over this unsavoury lyrics and is set in the French capital city. Here’s your guide to the Christmas Flow filming locations and how to visit them for yourself!

Please note that the following article could contain spoilers for the French language miniseries, Christmas Flow, which was originally titled ‘Arranjo de Natal’. The debut season of Christmas Flow comprises of three episodes, which are each between 45 minutes and an hour long. There is currently no announcement as to whether Christmas Flow will be renewed for a season 2 or not.

B-roll/ shown from a distance

Throughout the show, scenes of beautiful Parisian scenery are shown. This includes shots of the Eiffel Tower lit up by night, Madeleine Church, the Champs Élysées illuminated with Christmas lights on the way to the Arc de Triomphe, Paris in the snow, Les Invalides, and Notre Dame Cathedral.

In the series, Lila and her sister are shown shopping in the iconic Parisian department store. In another area of the store, Marcus is out shopping with his friend/ manager. The two meet in the most unlikely of scenarios in a Galeries Lafayette security office.

From the looks of things, it would seem that Marcus’ apartment is located somewhere along Rue du Faubourg Saint-Honoré in the 8th arrondissement of Paris. This road in the city is known for its designer shops and stores.

Keen eyes will spot that the sign painted over in the first episode where the women are pasting their feminist messages to the walls will notice that ‘rue Colbert’ is listed as being in the 11th arrondissement.

In actual fact, rue Colbert is actually located in the 2nd arrondissement of Paris. In the scene, the name ‘Colbert’ is replaced with ‘Malala Yousafzaii’. The pasting of feminist messages on outdoor walls across Paris in big black and white fonts is a real movement and the group is collectively known as Collages Féminicides Paris.

Many of the important scenes in the series, such as those filmed at Marcus’ childhood family home are shot in the suburbs of Paris. We know that marcus’ family home is probably in the 92nd department of France (Asnières-sur-Seine) as the girls drive along the Quai du Dr Dervaux and past Aixam Noël Auto 92 in the first minute of episode 2.

The market and funfair is featured in the first few minutes of the third episode (as well as the ice skating rink there), as it is presumably close to Marcus’ recording studio, where his producer is encouraging him to create a Christmas album to boost record sales. 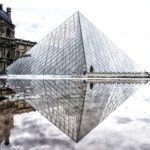 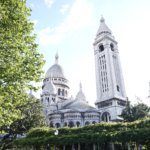 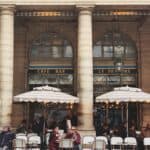