The capital of Spain is Madrid, a beautiful city that’s famed for its world-class museums, covered food markets, and buzzing nightlife. As one of the most visited cities in Spain, you’d have thought that there are no hidden gems left to uncover. Luckily, scratch beneath the surface and you’ll soon discover a wide array of fun and interesting activities off the beaten path. Here’s your guide to the best of secret spots in Madrid that you must visit on your next trip to the city.

If you want to discover even more about Madrid’s top hidden gems and secret spots together with a local guide, consider booking a tour like this one.

One of the top bookshops in Madrid is that of Librería San Gínes, which is located just a short walk away from the red-hued Plaza Mayor. Picture perfect, the used bookshop is characterised by its many stalls spilling out onto the street offering books at a reasonable price.

San Ginés also sells small souvenirs such as artistic prints and postcards which may make the perfect thing to buy to remember your Spain trip. Although less of a Madrid hidden gem than even just a few years ago thanks to the rise of social media apps such as Instagram, this little spot is well worth checking out nonetheless.

One of the more unusual shops in Madrid is a store whose only product is rubber ducks (yes, like the bath toys!). Situated on a corner of the iconic square of Plaza Mayor, this is one of three such duck shops in Spain. Ducks are a fairly pricey amount and each individual duck (depending on the design) costs between €9 and €30.

Down a steep staircase next to the world-famous Plaza Mayor in the centre of Madrid, there’s a little tapas bar by the name of CafeeKe. Though not incredibly highly reviewed, the bar serves up beers and small plates. This is, of course, not unusual for a city which is the home of tapas.

However, what makes CaffeKe unusual is that, when it comes to advertising the bar, this little eatery has taken a rather different approach than many other cafés and bars in the city centre.

In a place where so many places advertise themselves as the ‘spot to be’ since ‘Hemingway ate here,’ CafeeKe has installed a sign ‘Hemingway Never Ate Here’ in its entryway! For an even greater insight into the food culture in Madrid, consider booking a Markets and Gourmet Tapas Walking Tour like this one.

Madrid has no shortage of street art and public statues to enjoy and the Plaza de Jacinto Benavente is no exception. One of the more unique bronze statues in this buzzing square is Monumento al Barrendero Madrileño, which is a tribute to the vitally important work of street sweepers of Madrid (whom sadly get little recognition for their important work keeping the city clean and pretty).

The statue is dressed in a uniform from the 1960s and was created and installed in the city in the early 2000s. Originally the bronze statue came with several elements created out of bronze that were meant to show the street sweeper at work.

This included the statue of the sweeper sweeping up a bronze replica of a cigarette packet (which was unfortunately stolen less than a year after being installed). To discover even more unusual statues and monuments in Madrid, consider booking a culture and history city tour like this one.

One of the smaller museums in Madrid is that of the Anthropology museum (known as Museo Nacional de Antropología in Spanish), which is just across the road from the Atocha railway station.

In a room that’s designed to look just as historical cabinets would have looked like up until the early twentieth century, there’s the skeleton of a man, who was known as the “Extremaduran Giant”.

Agustín Luengo Capilla lived in 19th-century Spain, and what is so unusual about his story is that Dr. Pedro Gonzalez de Velasco, Professor of Anatomy at a University in Madrid proposed to Capilla that he would pay him a daily sum of money in exchange for the rights to his body following his death. Today, Capilla’s skeleton is displayed in the Anthropology Museum.

Of course, when it comes to the exterior of Atocha Train Station, there is little out of the ordinary to see. The transport hub was constructed in the mid-19th-century and remains the largest train station in Madrid to this day.

Rent a boat in Retiro Park

While Retiro Park is one of the most famous places to visit in Madrid, fewer people know that a particularly romantic activity to enjoy is to rent a boat in Retiro Park. Simply head to Embarcadero de El Retiro, where up to 100 rowboats are available for rental at any given time.

Of course, Plaza Mayor is quite literally translated into English as ‘Main Square’ and is one of the must-see destinations when it comes to Madrid. But what many visitors fail to do is to spot the beautiful 17th-century frescoes on the Casa de la Panadería (Bakery House).

The frescoes differentiate this building from the typical plain ruby red façades of the rest of the square. Even if you only have one day in Madrid, you must visit the Plaza Mayor. If you happen to be visiting Madrid during the winter, then it’s worth noting that Plaza Mayor is where the main Christmas market of Madrid is held.

Like in many other countries, such as in France, there is an exact point in Spain from which all distances are measured. This is known as Madrid point zero and there’s a little marker on the ground where you can snap a photo and see exactly where the distances are measured from. Be mindful that this Madrid hidden gem is pretty popular and there’s often a line up to take photos with the floor plaque.

Best seen at sunset so as to enjoy candy colours dance across the sky, the Egyptian Temple of Debod is an ancient monument which dates back to the 2nd Century BCE. Unlike many Egyptian monuments and items in Europe (such as most of the British Museum), the temple was actually a gift to Spain from Egypt.

Enjoyed reading about the best hidden gems and secret spots in Madrid? Pin this article now, read it again later: 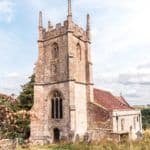 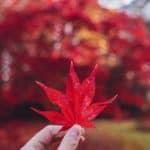 Secrets of Oxfordshire: Unique, Historical & Unusual Things to do in Oxfordshire 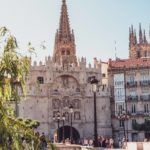 One week in Northern Spain and Portugal Itinerary
Click here to cancel reply.