One of the most important cathedral’s historically and architecturally in not only Germany but the entirety of Europe is that of Aachen Cathedral. Known in German as the Aachener Dom, this ancient place of worship is visited by over a million people a year. Here’s your complete guide to the best of Aachen Cathedral, as well as how to visit, highlights, a history, and things to know before you go!

A history of Aachen Cathedral

Constructed at the behest of Emperor Charmemagne (who was King of the Franks, known as Charles the Great in English, and was an important emperor in Western Europe during the Middle Ages), Aachen Cathedral is one of the most important ecclesiastical buildings in Europe, and as such, boasts the most interesting of histories.

Aachen is home to one of the oldest Cathedrals in Europe and its greatest place of worship is of such great importance that it has overseen the coronation of 31 German Kings and 12 German Queens.

The foundation stone for Aachen Cathedral was laid in 796 CE. Constructed in two distinctive architectural styles (9th-century Byzantine and a later Gothic extension).

With the addition of a Gothic section to the choir came the addition of stained glass windows. The windows cover an impressive 1000 square metres and are based on Sainte-Chapelle in Paris.

Upon entering Aachen’s main church, visitors will soon notice the central Octagonal Chapel thanks to its mosaic-laden façade and lofty height. This is the oldest part of the cathedral and is known as the Paletine Chapel.

This Byzantine church was particularly influenced by churches such as those in Constantinople (modern day Istanbul) and Ravenna in Italy. As one would expect from an octagonal structure, the Paletine Chapel of Aachen Cathedral is kept up by eight columns.

When it was first constructed, the chapel was the highest and widest ever built to the North of the Alps (remember that Aachen Cathedral was constructed before the great stone Cathedrals in modern day France such as Notre Dame and Reims Cathedral).

Lying within a golden coffin, in one of the highest place of honour that the church affords (below the mesmerising glass of the choir), are the remains of Charlemagne himself. The first Holy Roman Emperor spent the last few years of his life in Aachen (Aix-la-Chapelle in French) and it is from here that he ruled his Kingdom.

For those who want to get a greater glimpse into the treasures of Aachen, a visit to the Cathedral’s Treasury is an absolute must. The treasury is technically classed as a museum and housed in the very heart of the historic city centre. Visitors will have to pay a small fee to enter.

Enter the treasury today and you can expect to find gems such as Carolingian, Gothic, Late Antique, and Staufen artefacts. Open every day of the week, this is one of Aachen’s must-see attractions and highlights include a Gothic gold bust of Charlemagne, the hunting knife of Charlemagne, and the Ottonian Cross of Lothair.

How to visit Aachen Cathedral

Aachen is Germany’s western most city and is on the tri-border with Belgium and the Netherlands. You should know before visiting that the Cathedral at Aachen is free to visit. Open on a daily basis, visitors can marvel at the mosaics, see intricate artwork, and even spy on Charlemagne’s final resting place.

If you want to take photos inside, you’ll have to purchase a special photography permit for the nominal sum of €1. This can be purchased from a clerk at the entrance of the cathedral. They’ll give you a small band and then you can take photos of the interior to your heart’s content.

The rest of the city of Aachen is centred around a pedestrian old town that can easily be explored over the course of a few hours. If you’re lucky enough to be visiting during the winter (specifically between the end of November and the end of December), then you’ll also be able to visit the Aachen Christmas Market, which takes place around the Cathedral on an annual basis. 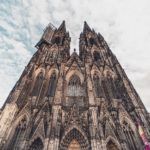 Everything You Must Know About Visiting Cologne Cathedral 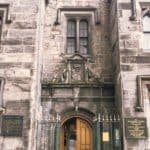 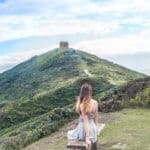