Puglia is a land of crystal clear waters, historic city centres, ancient architecture, and endless fields growing fresh and local produce such as olives and lemons. Perfect for a road trip during the summer months, there’s no shortage of incredible attractions on the “heel” of the boot. Here’s the ultimate guide to the best things to do in Puglia.

What is Puglia known for?

The region of ‘Apulia’ as it is known in English is ‘Puglia’ in Italian and ‘Les Pouilles’ in French. A little more rural than some other parts of Italy, Puglia is most famous for its unique cuisine (which is very vegetarian focused), as well as its olive oil production. Indeed, Puglia produces up to 40% of Italy’s annual olive production output.

In times gone by, the region was particularly popular among domestic tourists (i.e. Italians). However, over recent years, and particularly thanks to the rise of social media platforms such as Instagram, the region has become better-known to the international market. As a result, tourism is also one of the biggest industries in Apulia today.

Where is Puglia located?

Puglia can be found in the very south of Italy in what is the ‘heel’ of the boot-shaped country. Thanks to its stunning Baroque architecture (particularly in the city of Lecce), Puglia is often referred to as the “Florence of the South”.

Best things to do in Puglia

Discover the towns of Puglia

One of the most charming aspects of Puglia is its many adorable towns, villages, and cities. Travel through the region for any amount of time, and you’ll soon discover that there are a plethora of towns in Puglia to discover.

From windswept coastal cities to fortified medieval towns, many of the settlements in Puglia share similarities. For example, most towns have a ‘centro storico’ (largely pedestrianised medieval city centre), several grand churches, and a main piazza (town square).

With this being said, there are definitely some standouts when it comes to Apulian towns. Lecce must be visited for its fantastic nightlife (just be sure to reserve restaurants in advance, particularly during the summer), while Alberobello should be visited in order to admire the famous domed ‘trulli’ houses.

Other cities and towns of note in the region include the whitewashed centro storico of Ostuni (another fantastic place to dine) and the simple charm of Locorotondo, which in turn is one of the best places to base yourself on any trip to Puglia.

There are some places to visit in Puglia that certainly shouldn’t be missed on any trip to the region, and this includes the Itria Valley, which is known as the Valle d’Itria in Italian. The three best places in this region are the trifecta of Martina Franca, Locorotondo, and Cisternino.

All located within 10 km of one another, these three charming settlements each have their own unique charm and are home to a plethora of gorgeous eateries, stunning vistas, and lovely bars. This part of Italy is also a haven for cyclists and there is no shortage of cycle routes to discover.

Of course, there is an abundance of delicious food in Italy as a whole. But it’s also worth noting that each Italian region is home to its own culture of cuisine, and Apulia is no exception. Historically, Puglia was an incredibly poor region of Italy and so meat wasn’t always readily available.

As a result, some of the most traditional dishes in Puglia don’t contain any meat but are instead vegetable based. Some of the more famous foods from Puglia include orecchiette (little ears) pasta which is typically served with turnip tops or tomato sauce and taralli, little crackers in the shape of a ring which are made from fried bread dough and oil.

One of the best things to know before heading to Puglia is that the coastline is simply breathtaking. From the crystal clear water along sunny Salento peninsula to the sandy beaches around Polignano a Mare, there’s no shortage of stunning coastline to explore in the region.

Some particular highlights of the coastline of Puglia include Spiaggia di Pescoluse, which is referred to as the ‘Maldives of Puglia’ thanks to the sand and aquamarine waters, and the Grotta della Poesia, which is an open-top sea cave that was named as as one 0f the 10 most beautiful natural pools in the world by National Geographic.

Due to limited transportation and many out of the way locations in Puglia, the best way to explore the Italian region is by car. Indeed, many of my favourite spots in Apulia can only be accessed by your own transportation.

Considering the quality of the roads (which are pretty abysmal in many places) and the size of parking spots (which are generally pretty small) I personally recommend renting as small a car as possible. The compact Fiat 500 is Italian (hailing from the city of Turin) and is the perfect car for exploring all that Puglia has to offer.

Head to the most Southerly point of Puglia

The very tip of the ‘heel’ of the boot is found in the form of Santa Maria di Leuca, which is often abbreviated as just ‘Leuca’. The very end of the Salento peninsula, the area is most famous for its lighthouse, which was constructed in the first half of the 18th-century and stands at 47 metres tall.

There are two kinds of accommodation that can be found in Puglia, and only Puglia. During my recent trip to Italy, I was lucky enough to sample both of these types of places to stay. The first unique accommodation is that of a ‘masseria’.

A masseria is a fortified farm house which typically dates back to the 16th-century and has since been transformed into luxury accommodation. These farm stays can be pretty pricey but tend to offer amenities such as a peaceful and tranquil atmosphere (where we stayed was a fifteen minute drive away from Lecce- find accommodation details here), plenty of private outdoor space, and a pool.

The other type of accommodation that is unique to the region of Puglia, and more specifically the valley of Itria, is the opportunity to stay in a trullo (known as trulli in the plural). These dry stone huts feature a conical roof and were historically used as temporary shelters or storehouses.

They were also used as accommodation by agricultural labourers. Today, many of these trulli date back hundreds of years and to the way that they are constructed, think thick stone walls and lofty interiors, the huts remain cool in temperature, even during the sweltering summer months.

If you’re wondering what to do in Puglia and you’re interested in interior design, then it’s worth shopping artisanal works while in Puglia. As well as Puglian cuisine, one of the other unique artistic aspects of the region is the splatterware ceramics that can be found all across Southern Italy.

The majority of splatterware pottery is fabricated in family-owned decades old workshops and is the perfect souvenir to purchase to take home from your trip.

Enjoyed reading about the best things to do in Puglia? Pin this article now, read it again later: 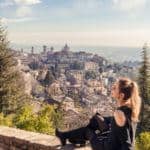 One week in Northern Italy Travel Itinerary: Your 7 Day Guide 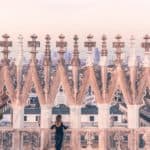 How to Visit the Duomo di Milano Rooftop Terrace 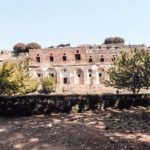 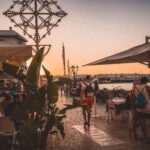 A Guide to the Best Things to do in Otranto
Click here to cancel reply.