Inhabited since Roman times and complete with a village vibe, it doesn’t get much more Provençal than Cassis. Nestled along the Mediterranean coastline, somewhere between the city port of Marseille and the sleepy town of La Ciotat, Cassis is not only the French word for ‘blackcurrant,’ but the name of a town worth visiting during any length of excursion to the region.  Here’s a brief guide to the very best things to do in Cassis!

Why should you visit Cassis?

‘Cassis‘ is not only the French word for ‘blackcurrant‘ but the name of a cute French town on the fringes of the ocean… With its turquoise waters, candy houses and oodles of charm, it’s not hard to see why Cassis is near the top of every Provence bucket list.

And besides, it’s hard not to fall in love with the quaint little French town. You can’t go wrong by dedicating an entire day in Cassis exploring the town, hiking through the famous Calanques, swimming in the sparkling water and wandering around the old streets.

Situated to the east of Marseille, the port side town is popular with international tourists and French holidaymakers alike. Local food and friendly inhabitants make this my favourite destination in the entire region! Wine made from vineyards in the area include white and rosé varieties and, of course, the entire town is overlooked by a French Château…

Cassis can be found in the South of France on the coastline between the city of Marseille and the coastline of the French Riviera. The candy-hued fishing hub of Cassis can also be found on the fringes of the Calanques, an area of outstanding natural beauty.

What is Cassis famous for?

As well as being one of the most beautiful towns in Provence, Cassis is most famous for being the gateway to the Massif des Calanques, a National Park known for its unusual rock formations and hiking trails that stretches between La Ciotat, Cassis, and the 9th district of Marseille.

Cassis is also famous for its nearby vineyards which produce famous rosé wine, as well as for its ancient history which dates back to Roman times. Indeed, vestiges of the port town’s ancient past can still be spotted in Cassis today, if only you know where to look.

Best things to do in Cassis

The pretty as a postcard port of Cassis is lined with candy coloured houses reflected back in the salty Mediterranean sea. One of the very best things to do in Cassis is to purchase an ice cream (lavender is a locally grown, not to mention incredibly delicious, flavour), wander around the moored boats, and imagine what life must have been like in the fishing port some two and a half thousand years ago- i.e. when Cassis was first founded by the Ligures.

Several hundred years following its foundation, the Roman Emperor Antonius Pius, established the town along a major trade route. Trade took place with North Africa and the Middle East and fishing remained a vital part of the economy, just as it retains its important value in Cassis today.

In comparison to nearby cities and towns such as Marseille or La Ciotat, Cassis is certainly lacking in the expansive golden stretches that are so synonymous with the region. Instead, there’s a tiny beach not far from the port, as well as several other small inlets dotted around the fringes of the town.

If you’re wanting to experience the magic of a Mediterranean beach, then I highly recommend lacing up your walking boots and hiking through the Calanques de Cassis in search of some of the beaches which make the National Park so spectacular.

Should you opt to visit Cassis in the summer months, then it’s worth bearing in mind that the Calanques will likely be closed due to fire hazards and so you’ll have to put your dreams of visiting a picturesque beach on hold for another day!

As its name would suggest, Cassis is best-known for Creme de Cassis, a sweet liqueur created from blackcurrants. While it’s not to everyone’s taste, the liqueur is well-known for its use in the popular French cocktail of ‘kir’. That is to say wine mixed with a small amount of cassis liqueur. Heavenly!

If you’re a meat eater, then it won’t have escaped your notice that Cassis is by the sea and so a sea-inspired menu in most of the town’s many eateries is clearly on the cards. Local catches often include sea bass, galinettes (tub gurnard), and conger eels. A small fish market is held in town on a weekly basis.

As with most southern French coastal villages, Cassis has an adorable old town. Think cobbled streets and pretty cottages! It’s the perfect place to wander around, snap a couple of photos for Instagram and try a lavender ice cream (a regional specialty!).

Although the region has been inhabited since around 500-600 CE, most local architecture dates back to the 19th century at the earliest. Wandering around the old town, you can expect to find the pastel shades and well-worn shutters that the architecture of the region is so famous for.

Although the region has been inhabited full time since around 500-600 CE (cave paintings- now underwater- suggest that the region was inhabited as far back as the paleolithic era- 27,000BCE), most local architecture dates back to the 19th century at the earliest. Wandering around the old town, you can expect to find the pastel shades and well-worn shutters that the architecture of the region is so famous for.

#6 Wander around the rest of Cassis (cobbled lanes and all!)

When it comes to the Provencal settlement, there’s not just the harbour and seafront to explore. Instead, like most other Southern French towns, there’s a whole maze of small alleyways and a smattering of shuttered façades to get lost amongst in the form of an old town.

Located a little way back from the salty sea breeze of the port, tightly packed streets date back decades, if not centuries, and are best explored over the course of an afternoon.

#6 Marvel at the Middle Ages Château

Dating all the way back to the 13th-century and once inhabited by the Carolingians, Chateau de Cassis is now a private hotel and not open to the public. However, due to its precariously perched position atop a steep sea cliff and overlooking the rest of the town and the glittering mediterranean sea, the fortifications can easily be viewed from the Cassis Port. Known locally as ‘Castum Carcisis’, a castle has been located on site since at least the 9th-century.

One of the most beautiful National Parks to be found anywhere in France is located right here, on the fringes of Cassis. If you’re a fan of adventure activities, or simply want to soak up some nature a little off the beaten tourist track, then hiking in the Calanques is the perfect introduction to the French Countryside.

Characterised by their limestone appearance, the rock has been worn away over millennia to create little islets and coves which are now home to sandy beaches and secret spots.

The word ‘calanque’ derives from Corsican and Occitan words to mean a type of inlet. The most famous example of calanques in the World is the Calanques de Cassis, located in Cassis- obviously!

There’s no soil whatsoever in the mountains. Instead, there are sheer drops, limestone cliff faces, and evergreen trees. At times, when hiking the Calanques, you’re literally climbing up on your hands and knees. If you can, although the views may be better on a clear, sunny day, I’d advise to go hiking here on an overcast day.

The best thing about hiking in the Calanques is probably all of the hidden beaches hidden within each inlet, meaning that you can take frequent breaks from hiking and enjoy a quick soak on your own private beach!

If you’re looking for a Cassis beach, then you need to look no further than the Plage de la Grande Mer, which can be found on the outskirts of old town Cassis and not far away from Cassis port. Though a little crowded during more touristic times of the year, this is the largest beach in Cassis, not to mention the most popular.

To the other end of the city from the Calanques de Cassis, the highest sea cliff in all of France can be found in the form of Cap Canaille. Located on the side of coastline which stretches towards La Ciotat, the headland is best viewed from the West of Cassis, where a small beach makes for the perfect picnic spot. Standing at 394 metres tall, the sea cliff’s name in Provencal is ‘Cap Nio’.

While the pretty French port is always well worth a visit, you should definitely plan your trip around the weather and crowds. After all, both swell in peak season (ie in the summer months).

This means that if you want to make the most of your visit while in the warm weather and while the sun is shining down, yet still manage to avoid the crowds, then your best bet is to visit just before or just after high season.

Where to stay in Cassis

Home to countless little lanes and pretty port side houses, there’s no shortage of stunning places to stay in Cassis. In order to make the most of your stay, I recommend planning to stay in the town for at least one or two nights, so as to truly soak up the charm of this Provençal port. Here’s some of the best accommodation this town has to offer (otherwise check out our detailed guide to the best Cassis hotels for more options):

Situated in the very heart of the port town, this well-reviewed hotel has free WiFi, a bar, and restaurant. Check prices and availability here.

If you’re wondering what to do in Cassis and you love luxury experiences, then you need to look no further than the Château de Cassis. For those looking for a little luxury, the Château de Cassis can be found overlooking the city, occupying a space where a Roman military fort once stood.

Enjoyed reading about the best things to do in Cassis? Pin it now, read it again later: 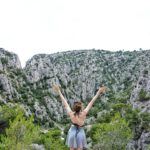 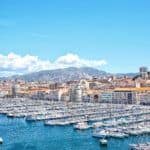 7 DAYS IN PROVENCE: AN ITINERARY FOR ONE WEEK IN SOUTHERN FRANCE 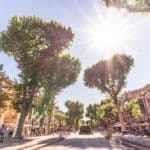 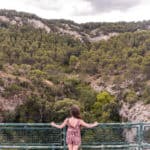 The Cassis liquor is NOT produced in Cassis.