Today in Strasbourg, Place de la Cathedral is the place to visit… The gorgeous, soaring late-Gothic architecture of the famous structure that gives the square its name overlooks the throngs of passing tourists and locals. At one point, however, the Cathedral also stood sentry over a town caught in the throes of a mysterious, incurable sickness. This sickness came to be called the Strasbourg Dancing Plague of 1518.

On a hot July day in 1518, a German housewife named Frau Troffea stepped out of her home and onto the cobblestone square

Raising her arms above her head, she began to dance in earnest, as if enjoying wonderful music that only she could hear. At first, her dancing was regarded with amusement from the windows of neighbouring half-timbered houses.

She was an antic providing a low-dose antidote to the weariness that came from living in Strasbourg. At the time, the city was overtaxed, rife with syphilis and the sweating disease, and regularly experienced famines.

Reports differ as to whether or not she continued to dance or whether she slept out of exhaustion, but the next thing is certain: her dancing caused others to join in. By the end of the week, Frau Troffea had been joined by over thirty other people. It was as if they could suddenly, inexplicably, hear the music she was dancing to.

Within two weeks, hundreds of people had become afflicted with the urge to dance

They danced wildly, frequently dying of exhaustion or heart attacks. As many as 15 people were dying each day. The city council didn’t know what to make of it. Although at least four other incidents of what would become known as the “dancing plague” were documented between 1021 and 1518.

When the dancing plague came to Strasbourg, there was still no known cure. Officials met and determined that it was caused by “hot blood,” an imbalance of the humours that led the brain to literally overheat and melt into madness.

Somewhat appallingly, they decided that the best course of action was to encourage more dancing. Structures were enacted for people to dance on and bands of musicians were hired.

Understandably, this made even healthy people begin to dance, and they themselves became afflicted too. They danced on bruised and bloodied feet, crying out with pleas to let them stop.

When it became clear that they’d chosen the wrong course of action, city officials changed tactics. Assuming Strasbourg had been cursed by Saint Vitus, the patron of dance, they scapegoated the city’s less-savoury citizens.

Sex workers and gamblers were expelled, brothels and casinos shuttered. They enacted a ban on dancing and tore down the stages they’d erected, sending musicians home. And still, the people of Strasbourg danced.

After one month, quite as suddenly as it had started, the Strasbourg Dancing Plague of 1518 ended

400 people had died by then, and accounts differ as to what made them stop. One says that one day, the dancers simply stopped dancing. They went back to their homes, fell asleep, and recommenced their daily lives as if nothing had happened.

Another says that city officials took the dancers to a church and made them pay homage to Saint Vitus in the hope that he would cure them. There are no known reports by survivors of the plague to detail their personal experience.

The Strasbourg Dancing Plague of 1518 poses a tantalizing mystery to travel history buffs. What, exactly, caused the affliction? Ergotism, a mould found in the commonly consumed rye bread of the time, would explain the spasms and tremors, but not the dancing, or its apparent contagiousness.

Over time, the accepted answer was that Strasbourg was gripped by mass hysteria in 1518, likely resulting from the stress of living during that time period. It’s a curious mixing of illness with a social phenomenon that’s difficult to explain, but one expert did identify three ways to stop an outbreak of mass hysteria. Perhaps rather ironically, it features the exact opposite of what the city councilmen decided to do at the time of the outbreak.

How to treat an outbreak of mass hysteria

As you can see, the response of the city council to this fascinating history anecdote was rather useless. However, the fact remains: this was a real event that resulted in hundreds of deaths. Today, it’s hard to imagine a dancing plague striking, even if you visit Place de la Cathedral (which is home to the Cathedral and its amazing astronomical clock).

However, sometimes, if you take a drink on the square on a hot day in July, you might just begin to feel yourself swaying slightly in your seat, moved by some unseen power to communicate through your body. And if you want to get a greater insight into the history of the city, be sure to take this self-guided Strasbourg walking tour. 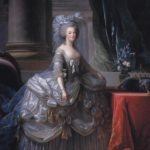 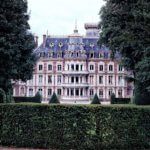 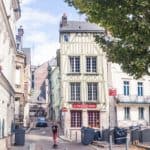 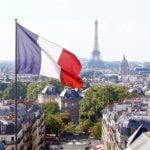 The Long & Surprising History and Origins of the French Flag
Click here to cancel reply.

This was the most interesting thing I've read in a while! I will have to visit and see if I feel the urge to sway hahah