Room upon room of dimly lit treasures, tokens, and collectables are to be found beneath oak beams, tucked away in dusty corners, and atop threadbare carpets should you opt to visit Snowshill Manor, a collector’s dream of a property somewhere between the town of Broadway and the village of Snowshill in the Cotswolds. Here’s a quick guide on how to visit Snowshill Manor, including insider tips and things you should know before you go!

Purchased by Charles Wade in 1919, the history of Snowshill Manor is much older than its recent century-long stint as home to an eclectic collection of spinners, bicycles, children’s toys, and other paraphernalia you’d never think to collect.

Indeed, the history of the current house and its surrounding cottages dates back to the 16th-century, when Snowshill Manor would have been the main mansion house of the nearby village of Snowshill.

All buttery stone that’s so synonymous with the Cotswold region, the main house is Grade II* listed, while many other buildings on the grounds (including the dovecote, manor cottages, and gate piers) are also listed.

Meanwhile, attestation of the actual listing of Snowshill as a manor house and farm can be found as far back as the Middle Ages, when the house was listed as Snawesille, property of the Abbey of Saint Mary of Winchcombe in the Domesday Book of 1086. Today, the oldest part of the manor still standing likely finds its roots in the 1550s.

Fast forward a few centuries, and Charles Paget Wade, inventor, collector, artist, and outside-the-box thinking architect saw Snowshill Manor on the market. He was also a poet and the heir to a rather large family fortune.

Wade purchased the property in 1919 with the view of transforming the house and its surrounds into a way of displaying his ever-growing collection. And you can imagine that with a motto like “Let nothing perish,” nothing -and I mean nothing- was left to go by the wayside.

While the main house was used to store his collections, Wade lived in the small (by comparison) and adjacent ‘Priest’s House,’ which was said to have been haunted by a monk from the time when the land had belonged to the church.

By the time of his death, Wade had amassed a collection of some 22,000 objects, many of which are on display today (a further glimpse of the collections can be found here). Wade gave the buildings and gardens to the National Trust in 1951, with the express instruction that the house remain open for viewing by the public.

Today, there’s no doubt that Wade would be delighted by the tens of thousands of visitor’s that flock to the Manor House on an annual basis, all hoping to spy a little of the unusual.

Things to see at Snowshill Manor

Of course, the main attraction at this now National Trust Property is the Manor house itself. Its beautiful exterior certainly belies what is to be found inside; a series of around two dozen rooms each with their own theme and collection. Though I certainly don’t want to spoil the surprise too much, with names like ‘Seraphim,’ and ‘Mermaid,’ you know you’re sure to see some unusual things in this eccentric place!

Immediately after your visit to Snowshill Manor, you’ll step outside the mansion’s doorway and see the entrance to the Priest’s House. This dwelling is where Charles Wade actually lived and worked and was once a bakehouse and brewhouse.

At the end of the main entrance to the house, the Snowshill Bookshop is filled with tomes, novels, and books grouped by category. From rare and vintage finds to children’s literature, to local travel guides, this treasure trove of a shop is well worth exploring! On sale, there’s also locally made gifts and goods, including pretty greetings cards.

Designed by Charles Wade in collaboration with local celebrated Arts & Crafts movement artist M. H. Baillie Scott during the early 1920s, the grounds are meant to be seen as an extension of the house. A complex maze of terraces, ponds, walled gardens, and beautiful borders, there’s also a model village and listed dovecote to see.

Things to know before visiting Snowshill

Extensive parking is available at Snowshill, with an overflow car park around a five-minute walk away from the visitor’s centre. Once through the visitor centre, there’s a shop, a small garden shop, and the tea rooms and café are just a few hundred metres away.

Serving a variety of hot food, snacks, cakes, and sandwiches, the venue is pretty, though I must admit that I wasn’t a huge fan of the carrot and coriander soup (it was a little tasteless)!

Otherwise, you should know that Snowshill Manor and the main section of the terraced Arts and Crafts gardens are around a ten-minute walk away from the visitor centre.

Buggy rides are available between the two locations. Contrary to many other places in the Cotswolds, dogs aren’t allowed anywhere on the site, including in the gardens.

Nearby attractions to the National Trust Property

Pretty and with little by way of attractions, Snowshill village’s main claim to fame is that it was actually the filming location for the fictional village of Bridget Jones’ parents in the scenes where Bridget goes to visit her parents at Christmas time in Bridget Jones’ Diary.

For a more unusual perspective of the rolling green hills of Gloucestershire and one of the most unique things to do in the Cotswolds, you’ll want to make your way to Broadway Tower. Best-seen on a clear and sunny day when the views are unparalleled, this romantic tower costs £5 to visit and is a folly built at the end of the 18th-century.

The pretty village of Broadway is easily one of the most beautiful towns in the Cotswolds. Home to attractions such as independent tearooms, a museum, and a beautiful bookshop, you could easily spend several hours perusing the many stores, snapping photos of the buttery stone Cotswold architecture, and simply strolling the streets.

Enjoyed reading about how to visit Snowshill Manor? Pin it now, read it again later: 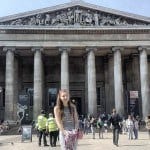 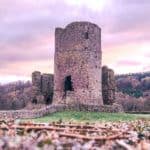 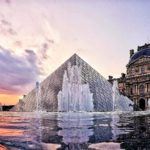 10 Things to Know Before Visiting the Louvre (& FAQs) 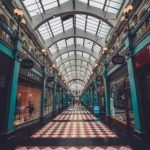