So-called thanks to their ‘curtain-like’ resemblance, Rideau Falls (known in French as chutes de la rivière Rideau) can be found in Ottawa, and are located at the point where the Rideau River pours into the River Ottawa itself.

Situated along the expansive body of water of the River Ottawa and best-seen at sunset, here’s a brief history, as well as how to visit and things to know before you go.

A brief history of the Rideau Falls

The Rideau Falls are a set of two waterfalls which stand at an impressive 11 metres in height and which are divided by an island known as Green Island, which is the location of several important monuments. It’s often said that the name ‘rideau’ (literally translated into ‘curtain’ in English) was the name given to the falls by Samuel de Champlain.

Highlights of Green Island include the Ottawa Memorial (a globe-shaped sculpture), the Mackenzie-Papineau Monument  (which commemorates Canadian veterans of the Spanish Civil War), and the National Artillery Monument.

Green Island, which is today filled with plenty of greenery and meandering pathways was also once the site of the Old City Hall of the old city of Ottawa, prior to some administrative changes in 2001. From 1958 to 2001, the city hall was an important administrative centre and was opened in a ceremony attended by Princess Margaret of England on July 21 1958.

Spanning the space of  2.89-hectare park, the park was created shortly after WWII and provides the perfect spot to escape the hustle and bustle of the city and is home to gentle walking trails and plenty of space to sit and relax. The space provides a great view onto both the vast Ottawa River, as well as the high rises which make up Ottawa’s financial district.

How to visit Rideau Falls in Ottawa

Located at the edge of  Rideau Falls Park, to the North of Bywater Market, the twin falls are just one of the many things to see and experience in the green space. There’s car parking in the park itself, which is lucky since the falls are a little way out of town, in the Embassy district of the city.

Next to the most Southerly of the falls, there’s a café/ restaurant (The Tavern on the Falls) which offers outdoor seating and offers one of the best views in Ottawa. The perfect spot to watch the sunset, you can see all the way to the other side of the River Ottawa and, thus, the province of Quebec (the border between Ontario and Quebec is drawn across the middle of the river).

Last but not least, it’s also worth noting that the Rideau Falls are not the only waterfalls you can see and visit in Ottawa. The other set of waterfalls which are set along the River Rideau are those of the Prince of Wales Falls (but which are most-commonly referred to as the ‘Hog’s Back Falls’). In the centre of the city, the Rideau Canal was constructed so as to bypass both of these Ottawa waterfalls.

Enjoyed reading about how to visit Rideau Falls? Pin this article now, read it again later: 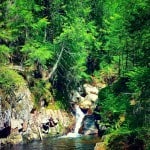 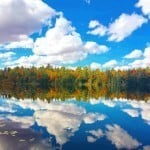 8 REASONS YOU’LL LOVE CANADA & WHY YOU SHOULD VISIT 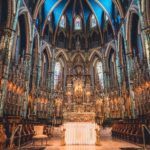 How to Visit the Notre-Dame Cathedral Basilica in Ottawa 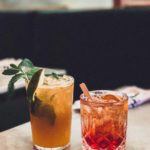 A Foodie Guide to Montreal: Where to Eat in Montreal
24 shares
Click here to cancel reply.