Nestled in a small, safe haven bay along the jagged coastline of Northern Cornwall, the small village of Port Isaac is postcard perfect and a quintessentially Cornish fishing village. Frozen in time, wandering along the cobbled lanes and past the rendered buildings feels like stepping back into history…

Port Isaac was a thriving fishing village and community throughout the middle ages, and right up until the 19th-Century. As a result, many of the buildings in the village still find their decor in the sea roots that once dominated local industry.

Known as ‘Porthysek’ in Cornish, the name means ‘corn port’ and is a reflection of the village’s thriving trade in corn export. Although parts of the village date all the way back to the 14th-Century, most of the central sections of Port Isaac were constructed in the 18th and 19th-Centuries. Many of these buildings are now historically listed buildings, making them well worth a wander around.

Today, the town is famous for its many eateries, pretty picturesque streets, and being the filming location of ITV’s Television Show, Doc Martin. Port Isaac is the perfect base to explore the local area (including the nearby curious church of St Enodoc). From here, you can go on coastal walks, visit various craft shops and get a feel for Cornish Life.

It’s also here that you’ll find some of the narrowest streets in the UK. Visitors arriving by car are advised to park outside of the village center, as the roads are so small. There’s even a street named ‘Squeezy Belly Alley,’ owing to its narrow nature! 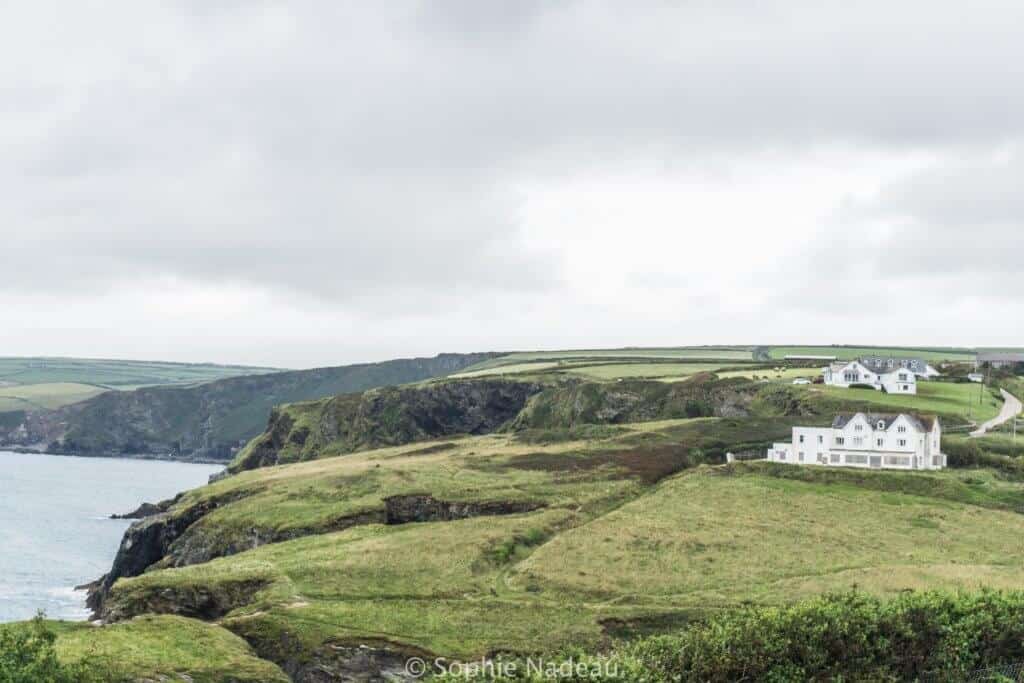 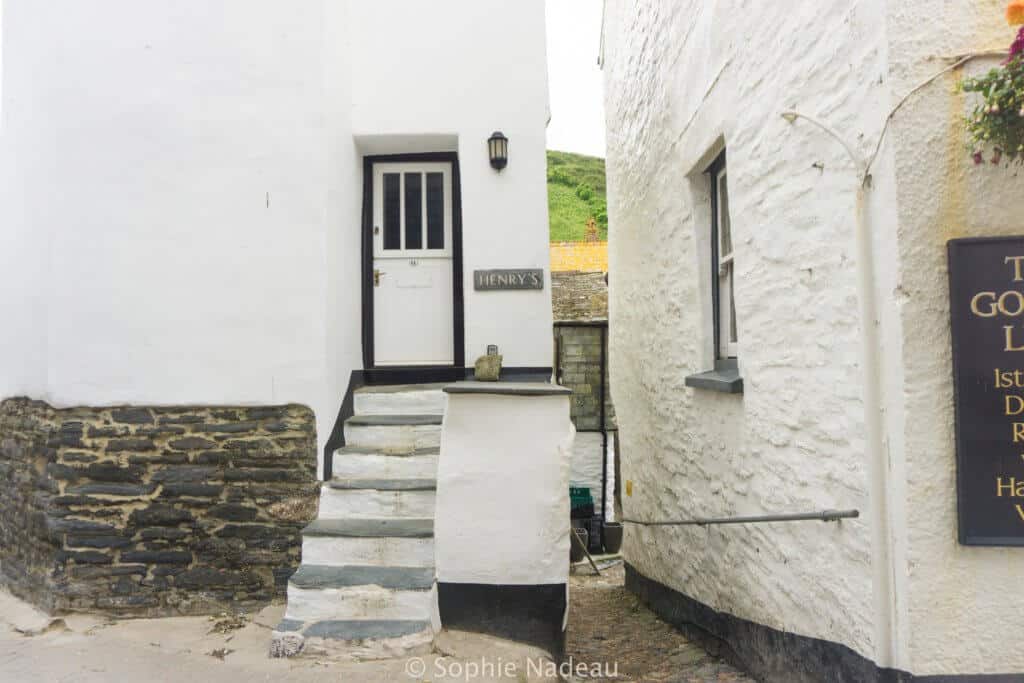 Port and Pier of Port Isaac

The port for which the quaint little village is named is the focal area of the town. The pier which reaches out into the crashing waves was built during the reign of Henry VIII. There is no a second Pier on the opposite side of the bay to protect the village from any surges.

In its heyday, the port here handled all sorts of shipments; major trades included goods such as coal, wood, stone, limestone, pottery, and salt. Much of local income also relied on the fishing trade; fish, crabs, and lobsters can all be caught in the sea surrounding Northern Cornwall. Port Isaac was registered a fishing village in the year 1340 and remains a working fishing village to this day. 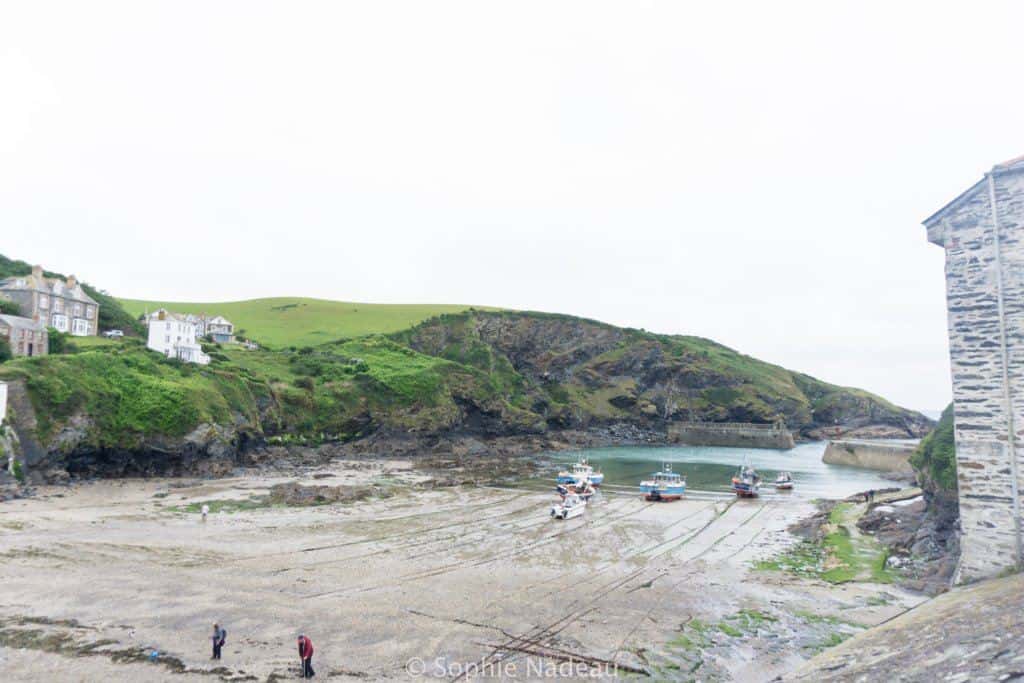 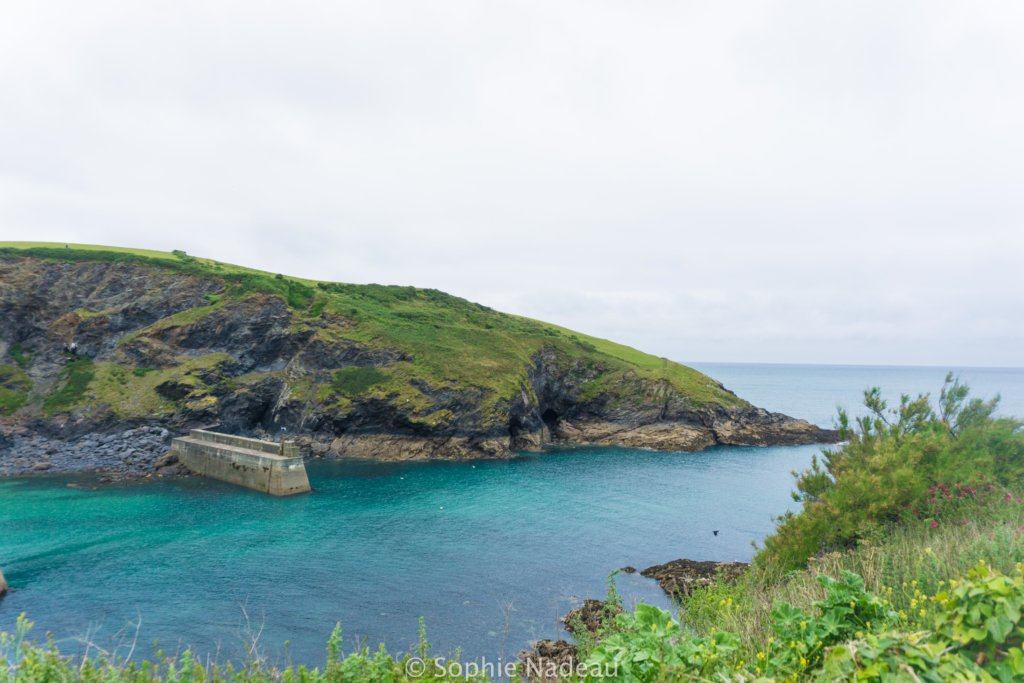 For such a small village, there are a surprising number of cafés, pubs and other eateries where you could buy locally produced food, or even a locally brewed pint. Notable eateries include the Outlaw’s (based right beside the port and located in one of the oldest surviving buildings in the village).

The Cornish Cove, 76 Fore St: A lovely little café serving a selection of teas, coffees and locally produced cakes. Head there if you want to visit the best caffeine spot in town!

Buttermilk Confections, 4 Church Hill: A pretty little shop with an even sweeter interior. Here you can purchase local handmade sweets and other confectionery produced in the are (local fudge and Cornwall Rock make great souvenirs!)

Outlaw’s: Housed in the oldest building in Port Isaac, step into a little history and eat some locally sourced food. 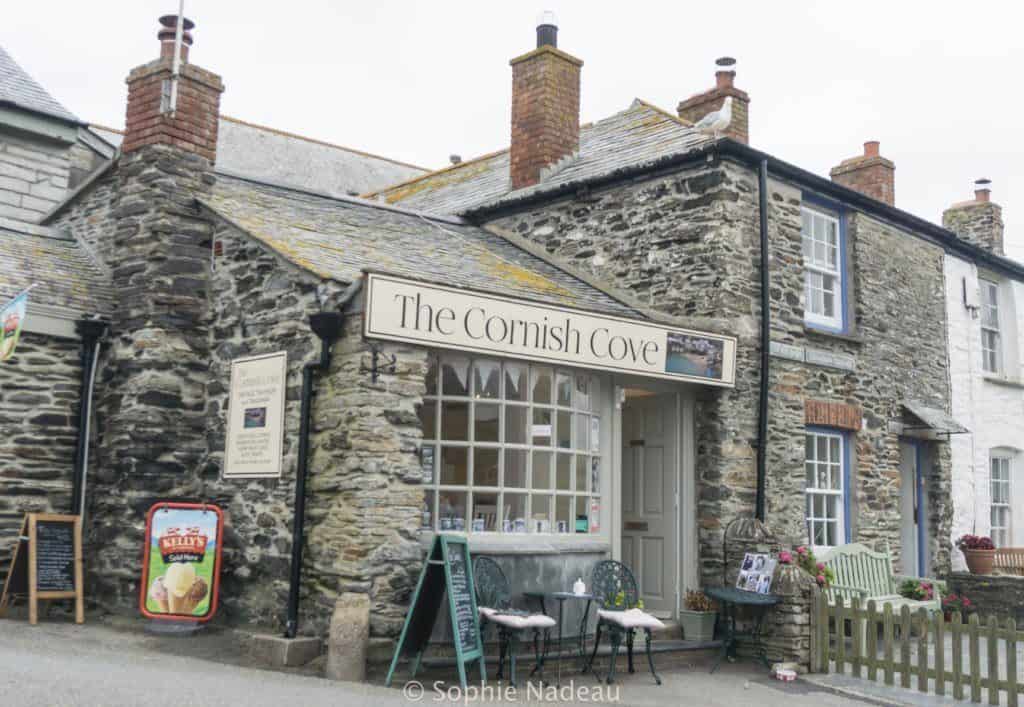 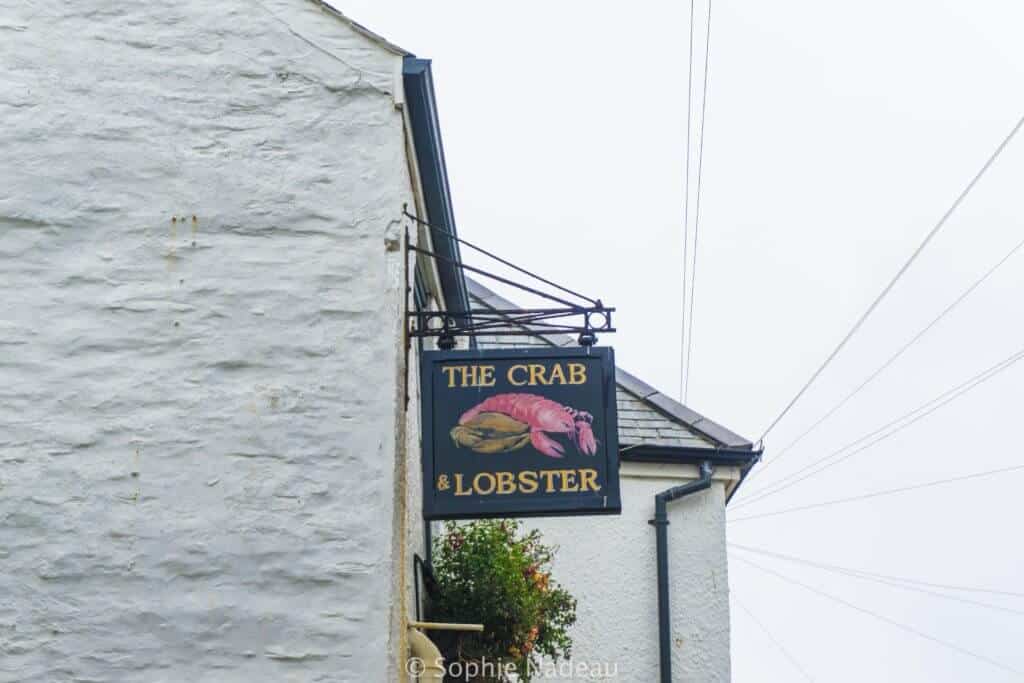 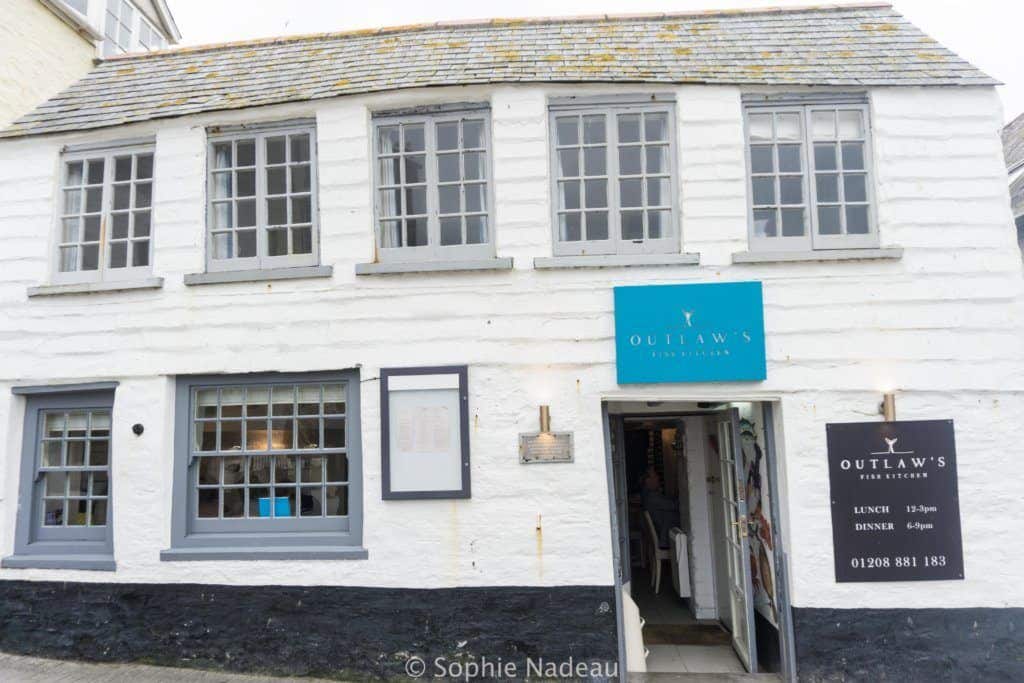 The pretty nature of the village, as well as its location along the windswept Cornish coastline, has made it a muse for many a television production. The village has appeared in Poldark, as well as in the film ‘Saving Grace’ and it was even depicted as a village in the Hebrides (Northern Scotland) in ‘Nighmare Man’.

Most famous of all, the village has been the focal point for scenes in the popular British ITV production of Doc Martin. The series follows the adventures of the actor Martin Clunes as a tactless doctor who causes many dramas and intrigue in the fictional village of ‘Portwenn’.

This comedy series is set to end in 2018, when it completes its ninth and final series. Here are some of the locations used around Port Isaac for the filming of Doc Martin: (If you want to go on a guided Doc Martin Tour, then this 90-minute guided tour is with a local guide!) 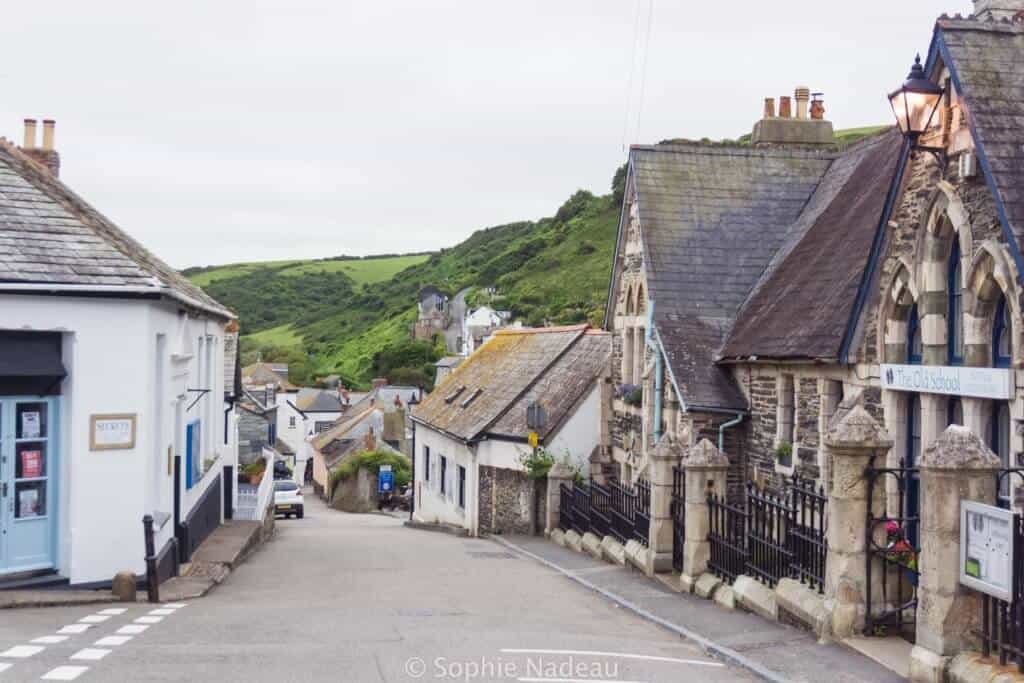 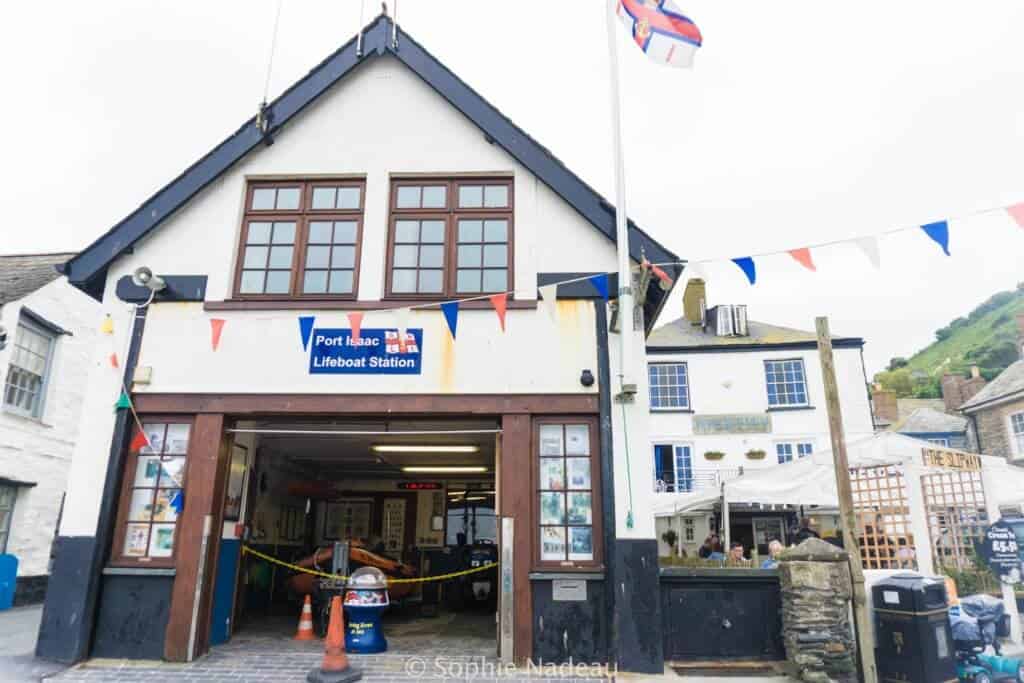 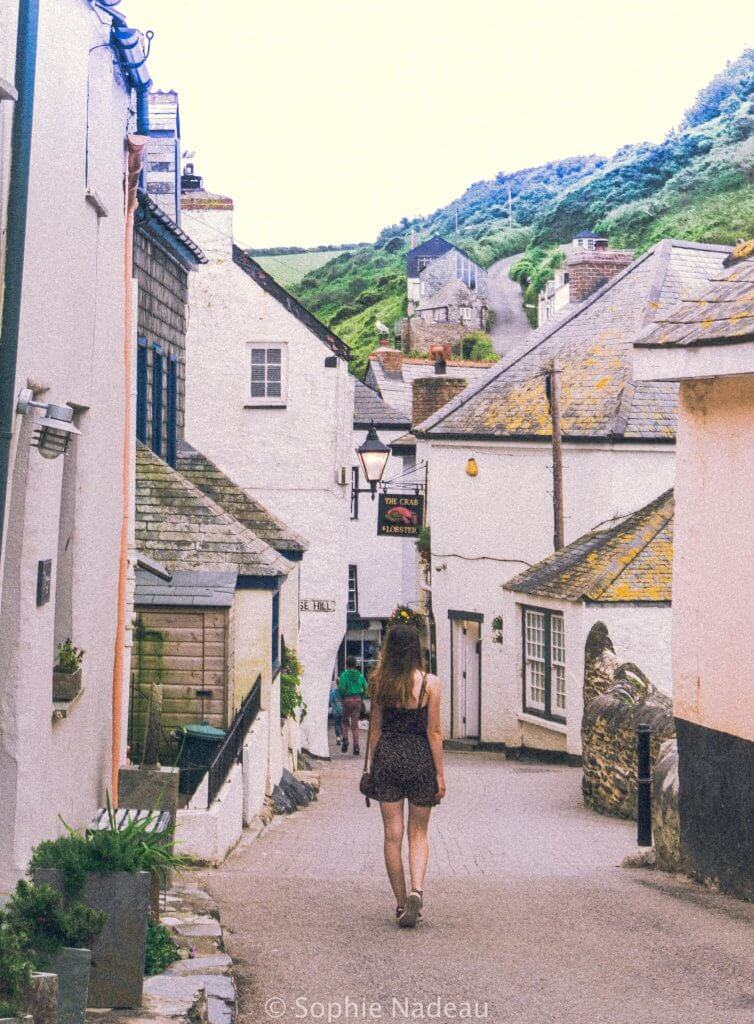 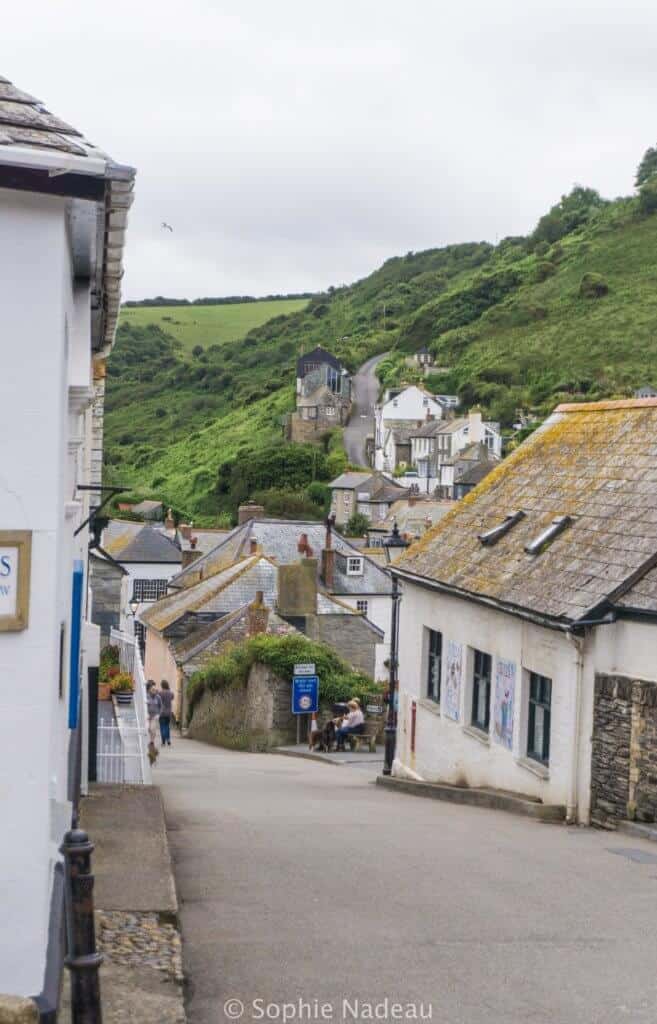 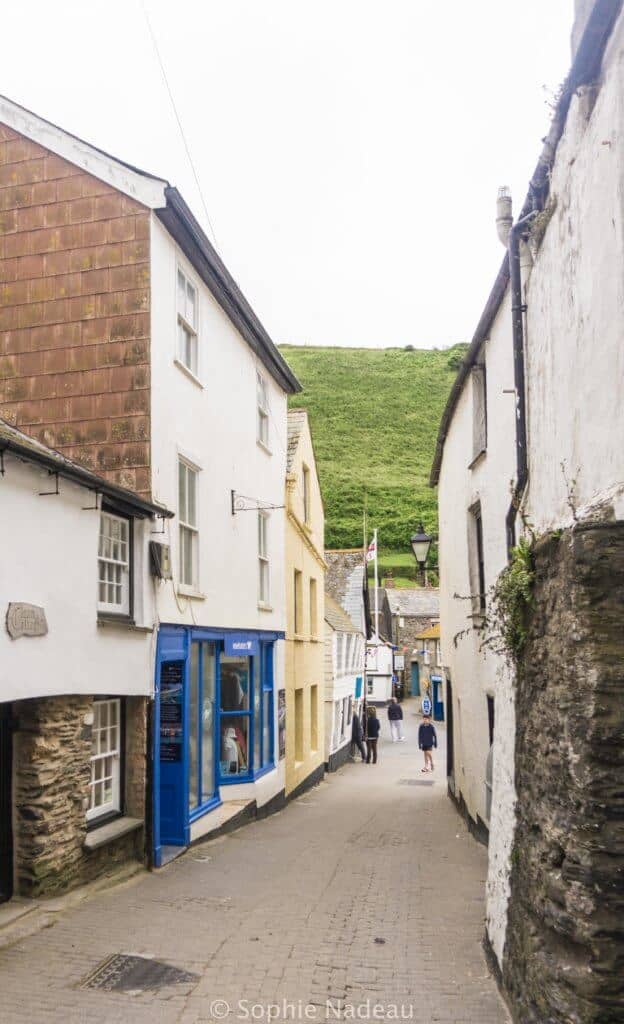 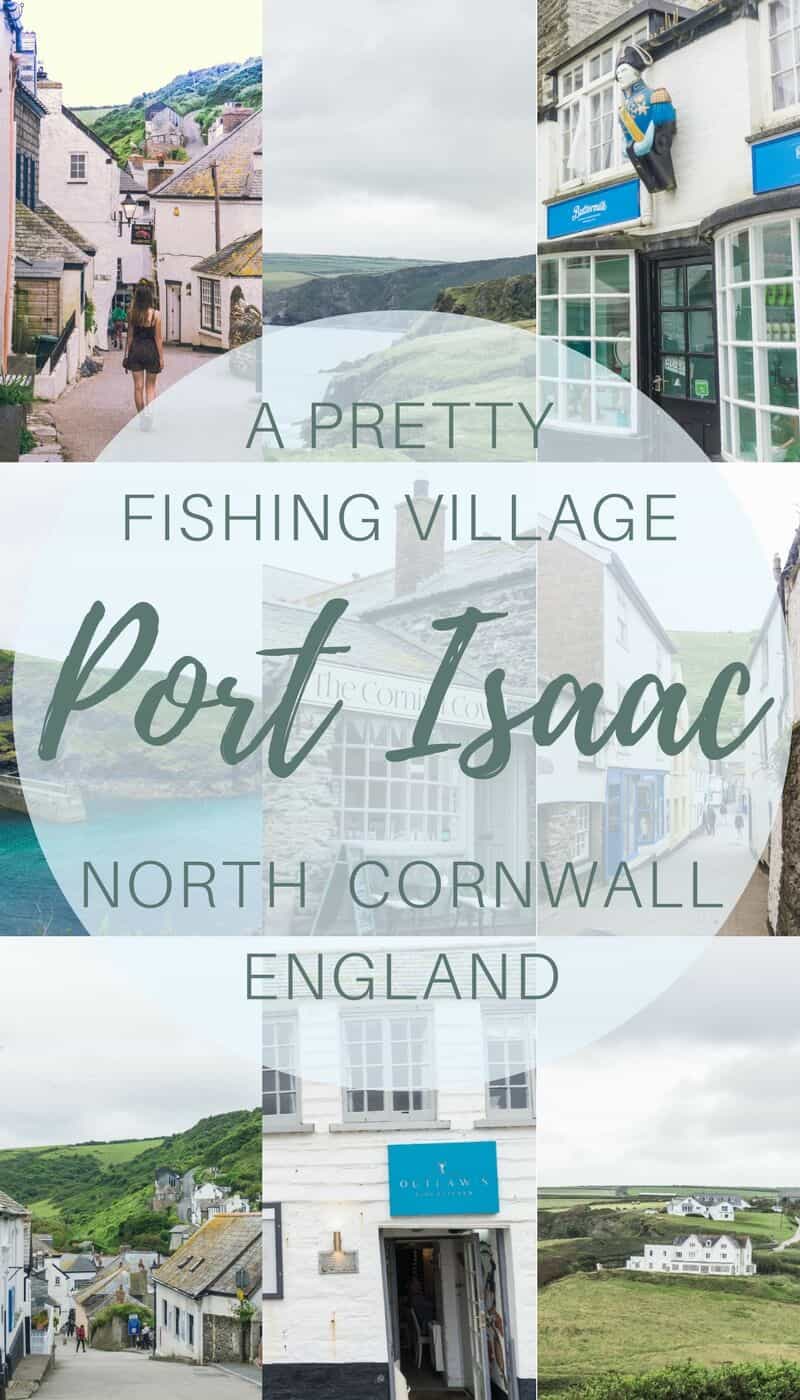 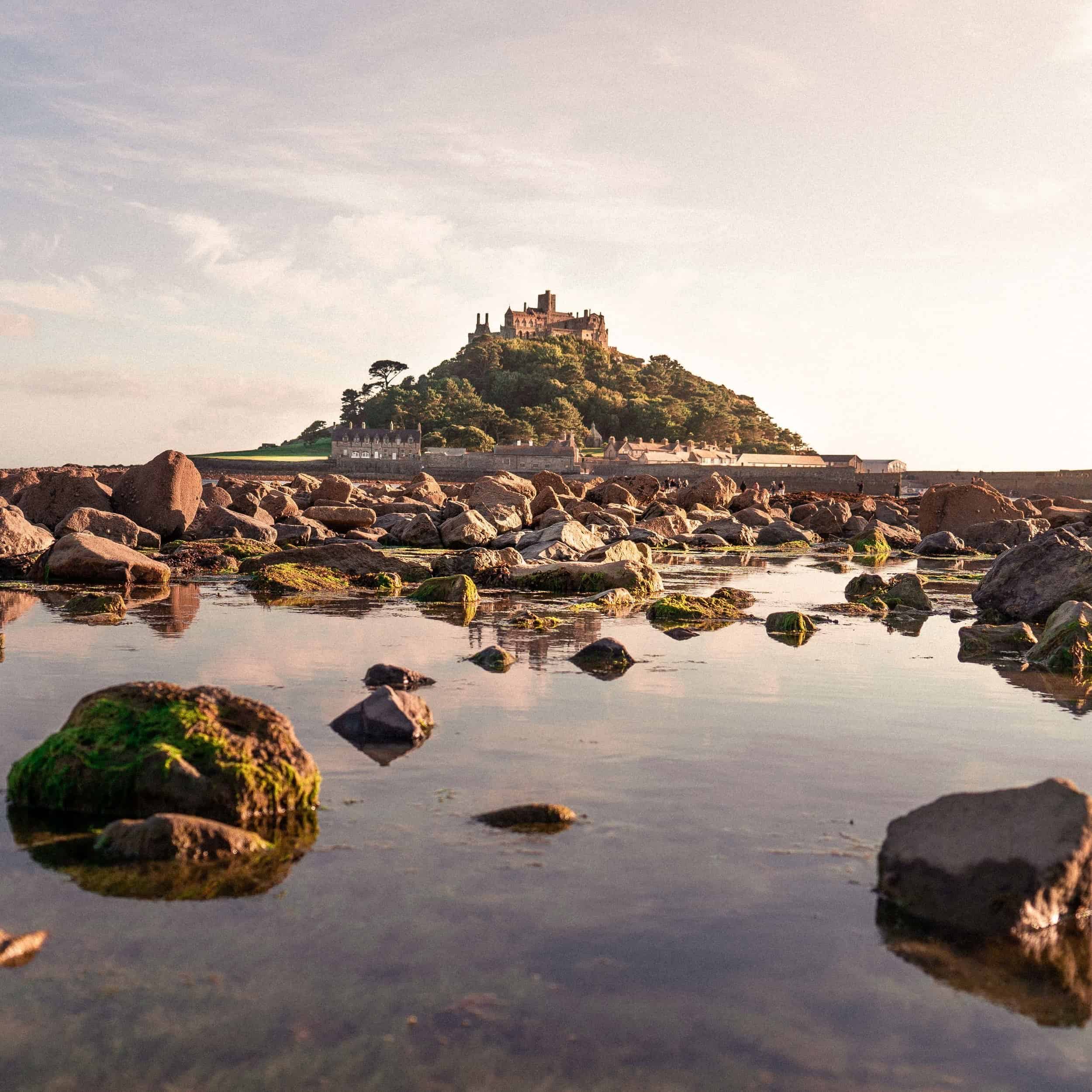 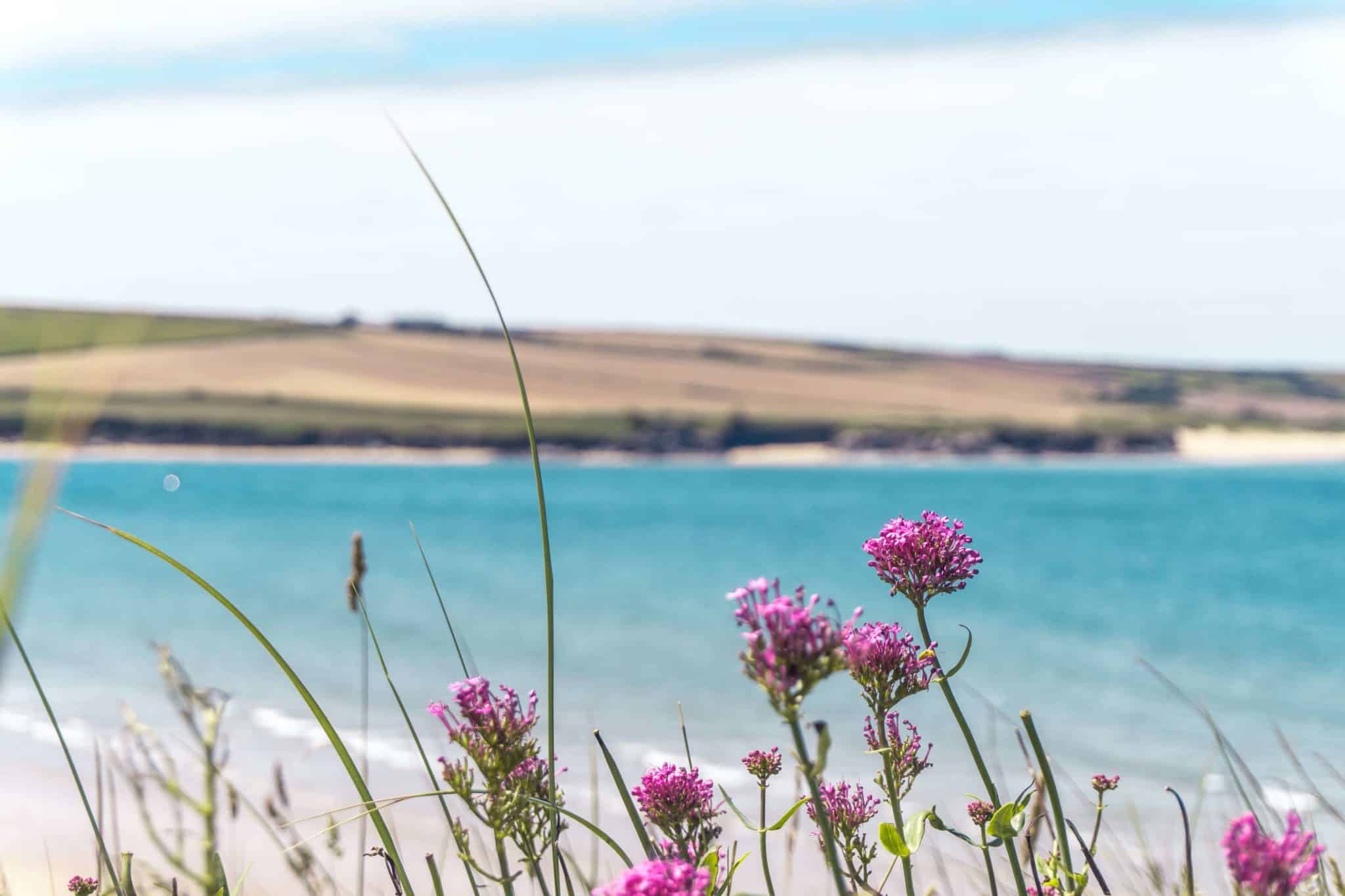 A QUICK GUIDE TO ROCK AND PORTHILLY 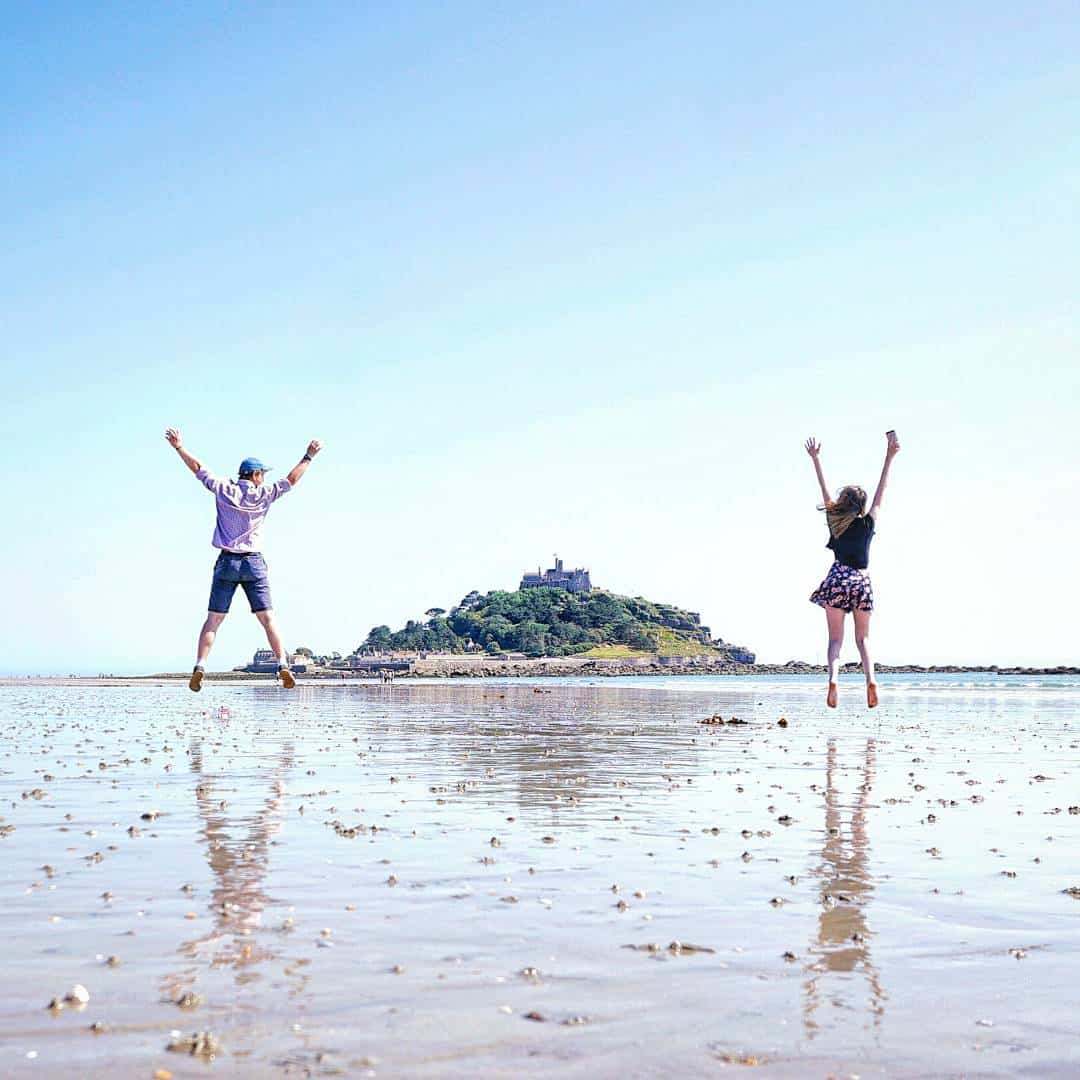