Imagine if the Lost Richmond Palace Was Still Standing Today…

Situated in South West London in a borough which was once a town in its own right, Richmond is a beautiful area characterised by its centuries-old deer park, wide open spaces, and charming small town vibe to be found in the centre of the settlement. What you may not know, however, is that there was once a Richmond Palace, which has since become long lost to the ravages of time…

Richmond Palace from SW Elevation by Wyngaerde c.1558-62. via Wikipedia

River Thames: Millennia Worth of History along the water’s edge

All along the stretch of the River Thames, traces of history can be found around every turn. After all, in the area close to St Paul’s Cathedral and Shakespeare’s Globe, little fragments dating back millennia can be found along the Thames foreshore.

From the remains of clay pipes to Roman coins, and even fossils of creatures who lived millions of years ago can all be found along the water’s edge. For more information on combing the foreshore, or ‘mudlarking’ as Londoners so fondly refer to it, I highly recommend following Jason Sandy on Instagram.

What he finds will well and truly surprise (and perhaps shock!) you. If you want to take a wander around the Thames for yourself, here’s my free and self-guided walking tour of Central London, which will take you to some of the lesser-known spots in central London.

A brief history of Richmond Palace

Once occupying the space between Richmond Green and the River Thames, Richmond Palace was constructed at the beginning of the 16th-century by Henry VII. Prior to ascending to the throne, Henry was known as the Earl of Richmond, a title he had won following the Battle of Bosworth.

This means that Henry VII actually named Richmond Castle after himself! The palace was built on the site of a much older palace by the name of Sheen. Unfortunately, the majority of this castle was destroyed, or at the very least badly damaged, by a great fire at Christmas of 1497.

Much of the former Sheen Palace had been constructed in wood and was engulfed in flames soon after the fire started. Upon rebuilding, the entire area, including the nearby town of Sheen, was renamed Richmond. 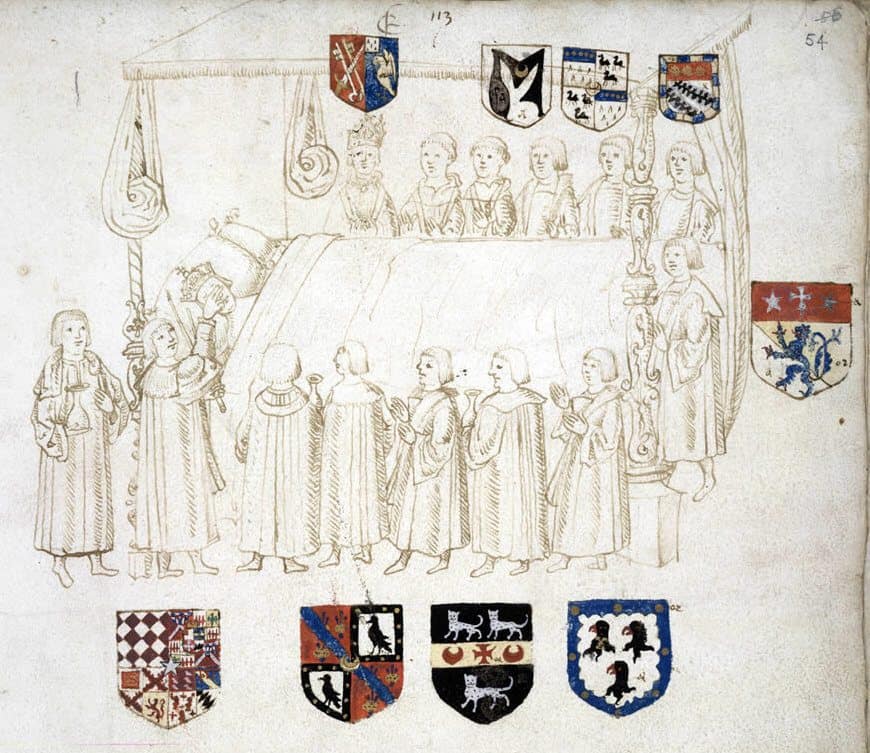 The scene at the death of King Henry VII at Richmond Palace, 1509. (British Library Additional MS 45131, folio 54. (From www.bl.uk/onlinegallery)). Drawn by Sir Thomas Wriothesley(d.1534). via Wikipedia

Perhaps rather interestingly, the word ‘Sheen’ derives from the old English word meaning ‘Beauty Spot’. Even today, the view onto the River Thames from the town of Richmond Upon Thames is protected by a special Act of Parliament!

Throughout her reign, Richmond was among Elizabeth’s favourite residences; she spent many a happy hour in the grounds there hunting or cosying up inside in the winter months. Other notable figures to have inhabited the Palace include Henry VIII (before he was gifted Hampton Court) and Anne of Cleeves following her divorce from Henry VIII. Catherine of Aragon, first wife of Henry VIII even stayed at the Palace of Richmond for a while. 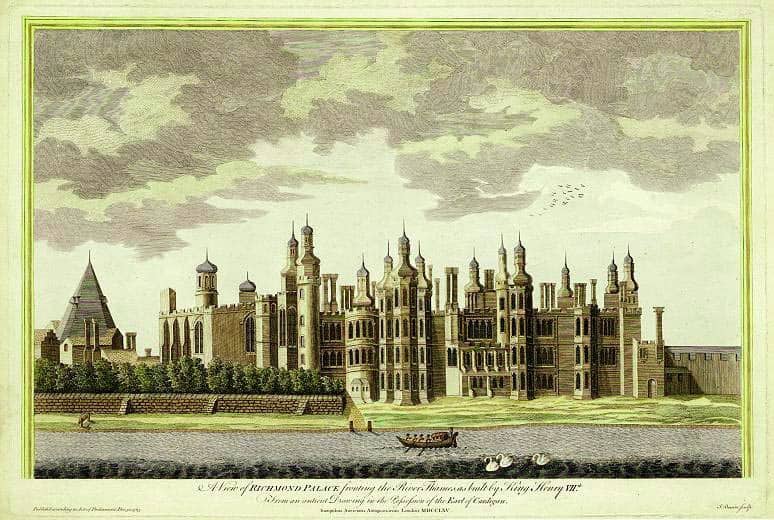 A View from the SW of Richmond Palace published in 1765, entitled: “A View of Richmond Palace fronting the River Thames as built by King Henry VII. From an ancient Drawing in the Possession of the Earl of Cardigan, Sumptibus Societatis Antiquariorum. via Wikipedia

The end of the Palace of Richmond

Although there are sketches and drawings of the palace, our knowledge about Richmond Castle is limited at best. Sadly the Tudor palace was all but demolished in the 17th-century, leaving behind the smallest number of ruins, few of which survive to this day.

Following the execution of Charles I, the Commonwealth Parliament sold off the palace for the princely sum of £13,000. This was the case with many of the other Royal residence and buildings up and down the country. The once ornate palace filled with glass windows and a heavy lead roof was broken up and dismantled to be sold off in parts. 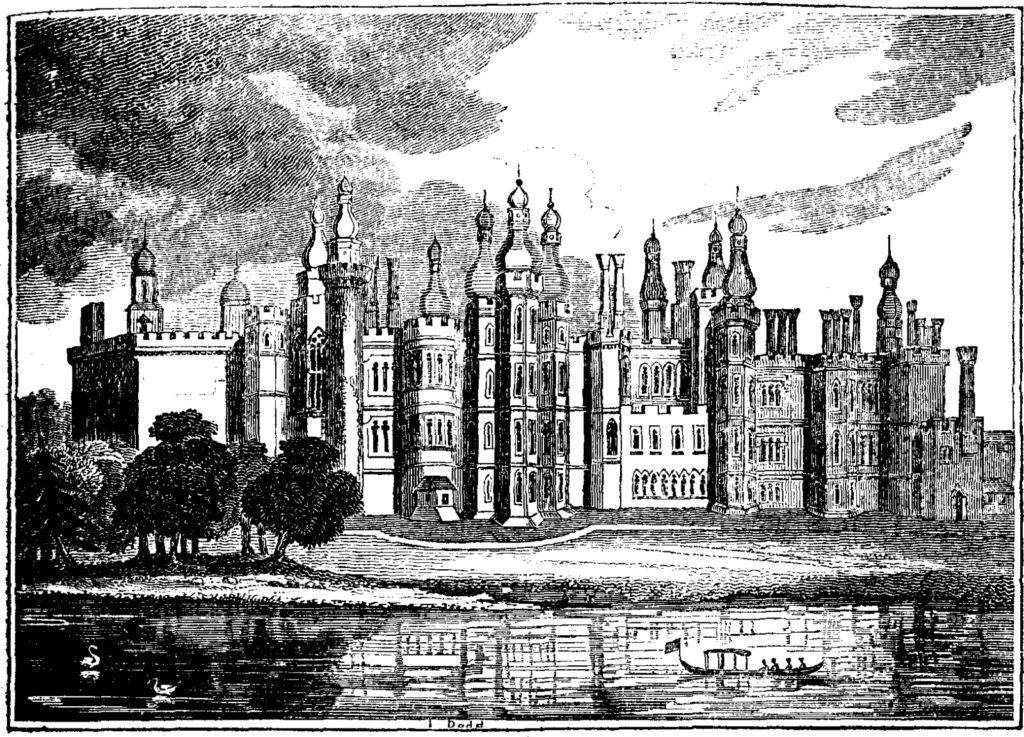 How to visit the remains of Tudor Richmond Palace

When visiting London, should you find yourself with a spare half day or so, then I highly recommend leaving the hustle and bustle of the city and heading to the South West area where Richmond can be found.

Once there, a deer park, the allegedly haunted Ham House, and plenty of independent boutiques are there to be explored. While in the area, you may also want to make time to visit Richmond Green, which is located a couple of hundred metres from the High Street.

While the park itself has little by way of attractions, to the corner of the green space you’ll discover the remains of the Tudor Royal Residence. Several plaques full of information are there to be perused, as well as the remains of the Gatehouse and several buildings, including the Trumpeter’s House and Wardrobe.

You’ll know that you’re in the right area when you spot street names such as ‘Old Palace Lane’ and ‘Old Palace Yard’. So head out and discover a royal history that few know about and even fewer venture out to discover. What are you waiting for? 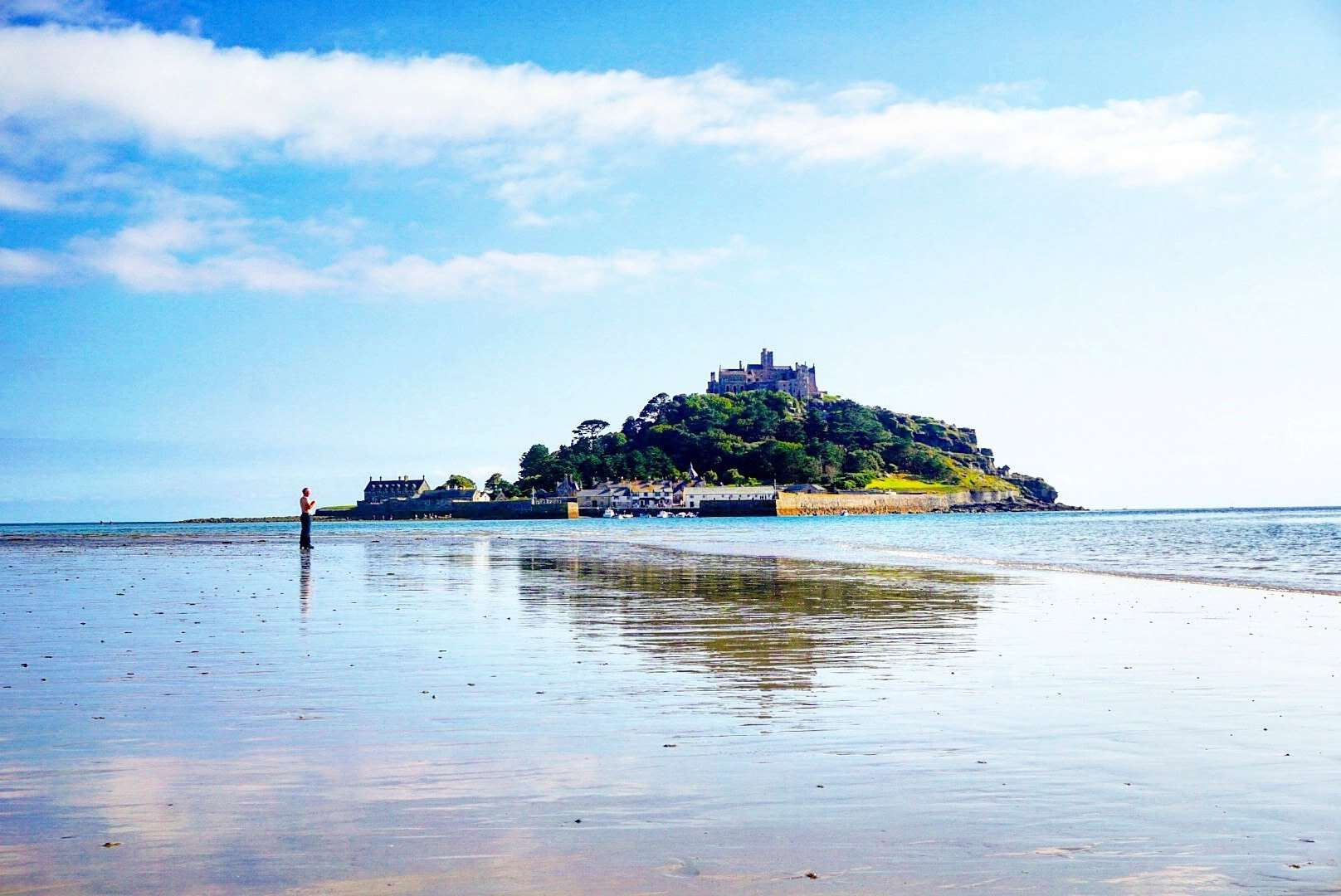