Last Updated on 9th May 2021 by Sophie Nadeau

Once upon a time, plenty of wooden windmills graced the hills surrounding Paris. What was once farmland is now housing. What was once dirt tracks are now cobbled paving stones. And the lost Paris windmills? Well, very few of them still survive to this day… 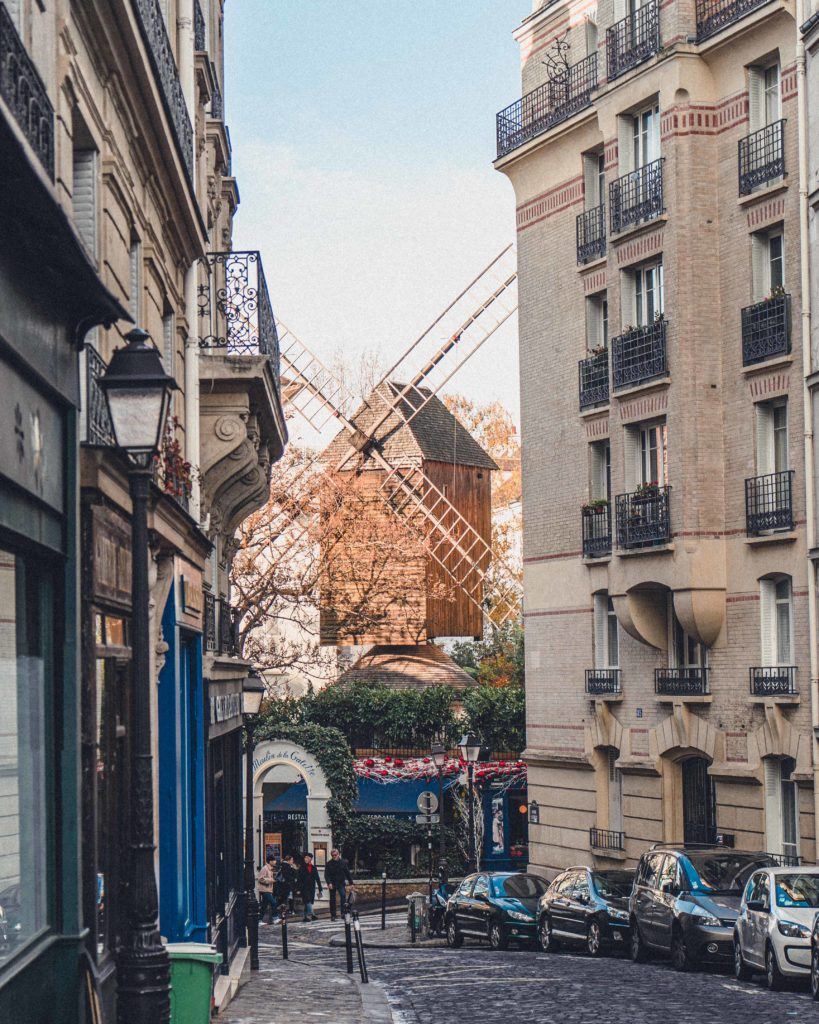 Notably located in the historic district of Montmartre, the mills were used to grind flour and to press grapes from the nearby vineyards. Up to 300 of them in various shapes and sizes existed in the early 20th-century. A number of these wooden and stone windmills could be seen from miles around and the Butte became characterised by these quirky landmarks, immortalised by many an impressionist painter.

Van Gogh, Utrillo, Renoir (whose house can now be visited in the form of Musée de Montmartre), and Toulouse Lautrec all painted the lost Paris windmills at one point or another. Today, very few of these windmills survive as many were destroyed to make way for new housing developments, further office buildings and more modern structures. 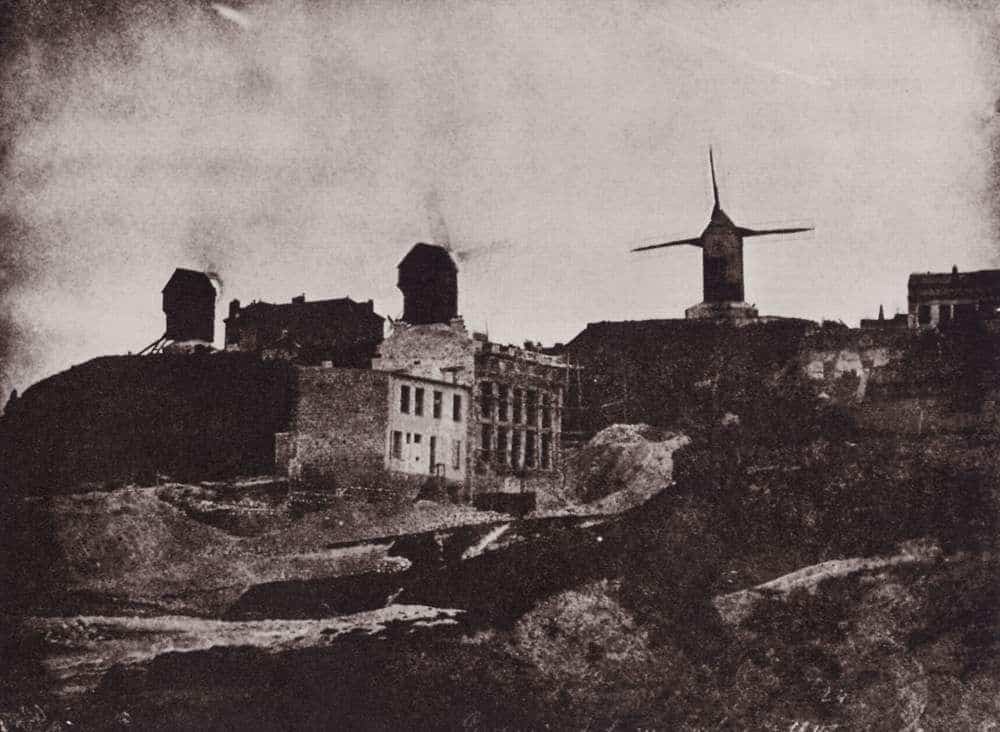 Wander away from the Sacré-Coeur. Pass by Square Marcel Bleustein-Blanchet, which was once the site of a windmill named ‘Moulin de Turlure’ and stroll on by Place du Tertre where artisans and painters still tout their wares to this day (albeit it in a rather touristic fashion!)

Carry on walking and you’ll soon find yourself on the steep street that is rue Lepic. This long and winding road is in of itself a gem of Montmartre and, among other things, was the birthplace of the Renault car. It’s also worth noting that for those in search of some independent shopping opportunities, a stroll along rue Lepic is an absolute must.

Once on this typically Parisian street, you’ll also discover two windmills which are commonly known as ‘Moulin de la Galette.’ Singularly, they are Moulin Radet and Moulin de Blute-Fin. While Le Moulin Radet now features as the front piece façade of a fancy eatery, the Moulin de Blute-Fin is tucked away from the road and can only really be glimpsed in the winter months when leafy green trees don’t shield it from the view of the casual passerby. 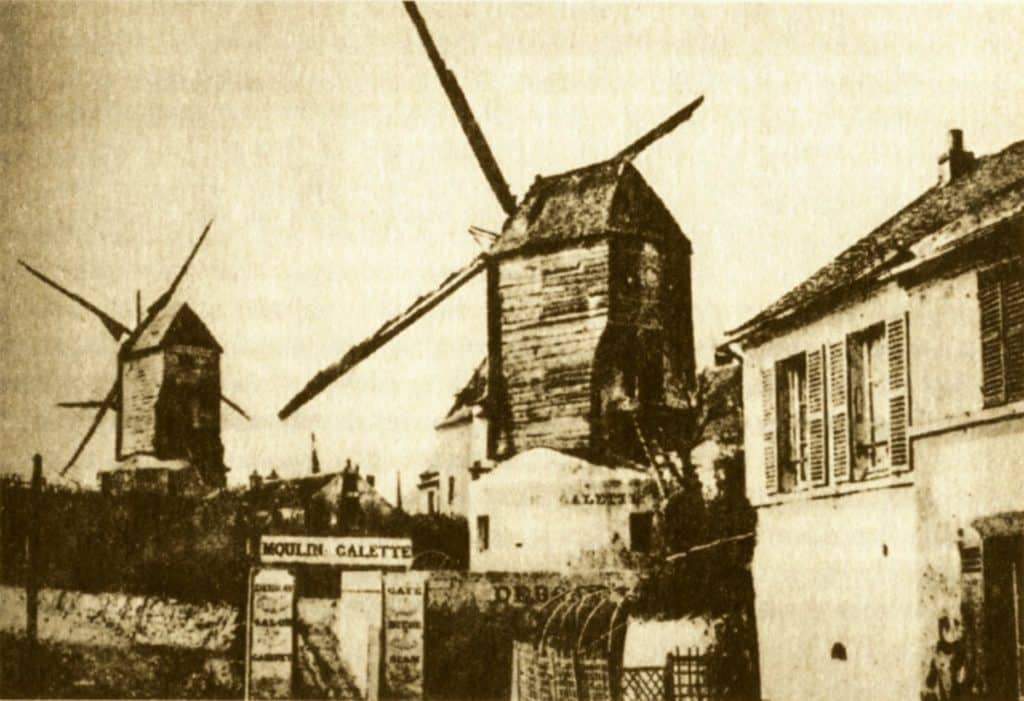 The two windmills which form ‘Moulin de la Galette’ were purchased by the Debray family in the early 19th-century. At this time, the Debray family became famous for selling small ‘galettes,’ a type of small brown bread that was sold together with a glass of milk to make a quick and filling snack. This gave rise to the windmills current name.

You may well remember that nearby Château des Lys (now a club for libertines) was once used to sell milk by the glass to passersby. In 1830, when Montmartre production shifted from milk to wine, the Moulin was transformed into a cabaret, a move which was immortalised by Renoir’s painting “Bal du moulin de la Galette.” Today, the painting is housed within the former train station-turned-museum Musée d’Orsay.

How to visit Le Moulin de la Galette in Montmartre

Today, the windmill of Blute-Fin is the only moulin still functioning in Montmartre. It’s now a private residence and is closed to the public. Its counterpart, on the other hand, Moulin Radet was moved a little way down the street and has been incorporated into a trendy French restaurant. The best way to see Moulin Blute-Fin is from rue Tholozé, which is also where you’ll find wisteria in Paris during the spring time.

First constructed in 1717, Moulin Radet was restored in 1770, and then moved in 1934 to the crossroads of rue Girardon and rue Lepic. A little internet sleuthing suggests that Le Moulin de la Galette Restaurant (83 rue Lepic | website) serves some pretty tasty food accompanied by a great wine list. A starter, main course, and dessert (excluding wine) costs just under €40, making it a special place to take your beau…

If you have a little longer to explore the 18th arrondissement, and I highly recommend setting aside the time in your Parisian itinerary in order to do so, then it’s worth noting that the best way to enjoy the delights of Montmartre is on foot. This free and self-guided Montmartre walking tour will show you all the highlights of the arrondissement, including that of the Moulin de la Galette. 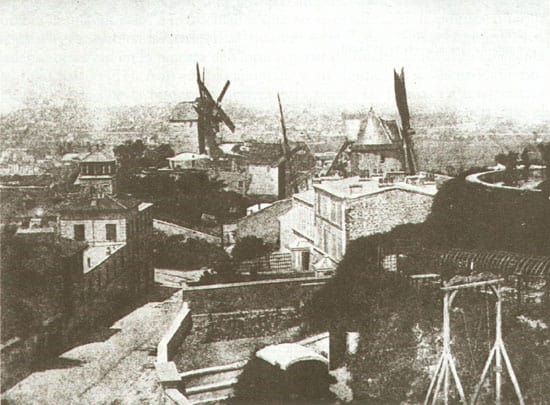 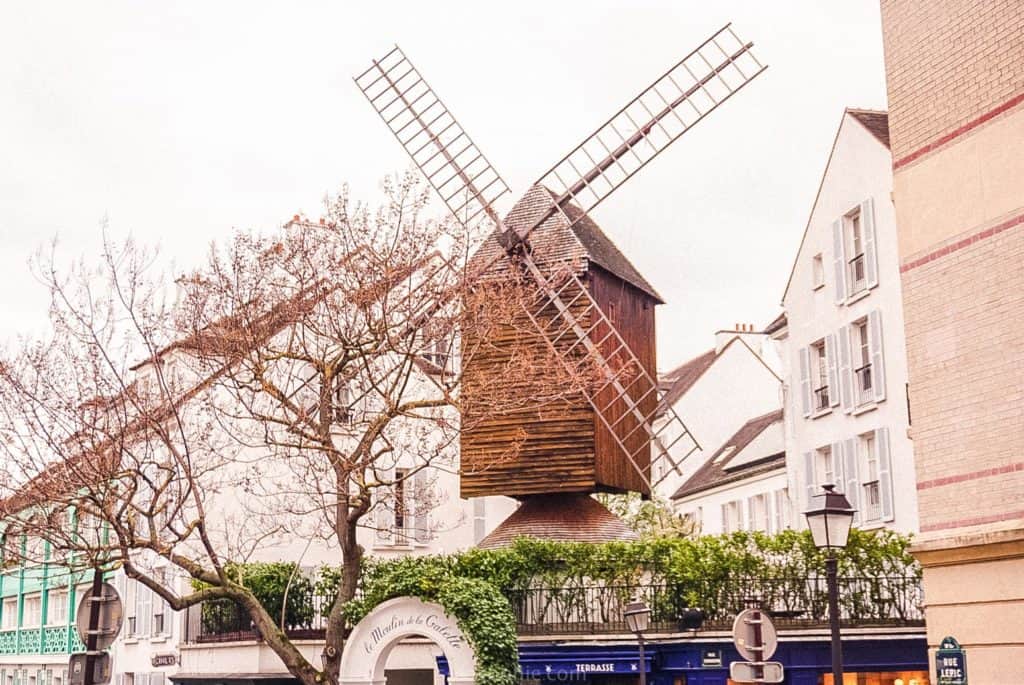 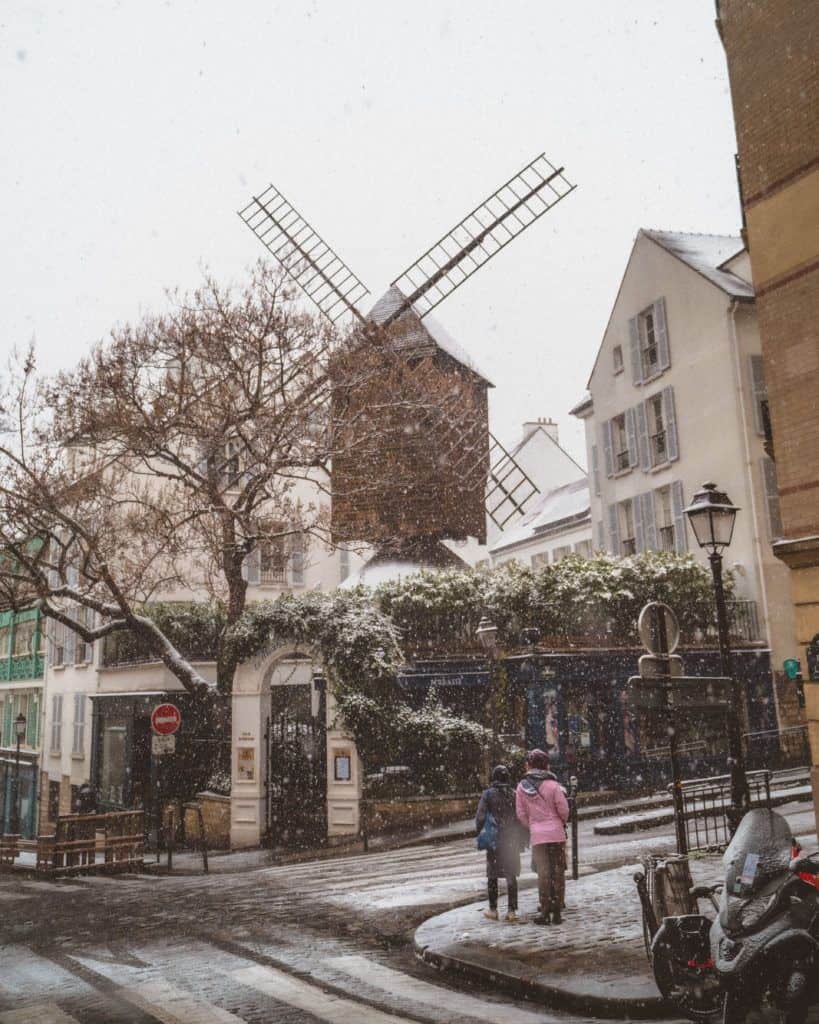 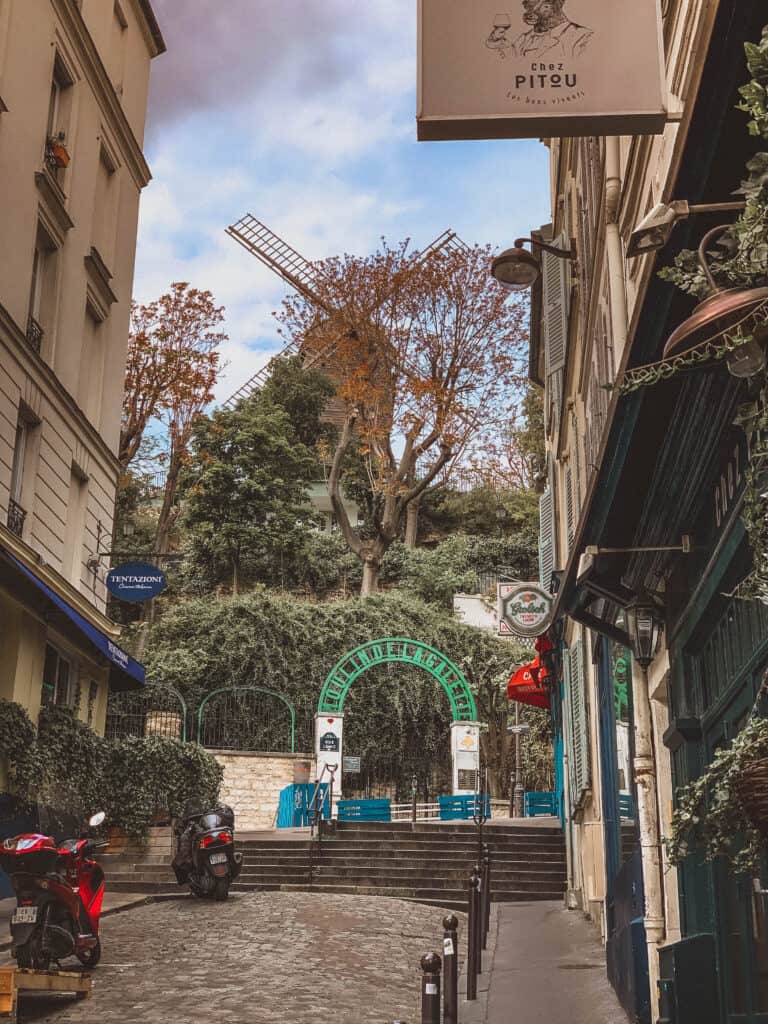 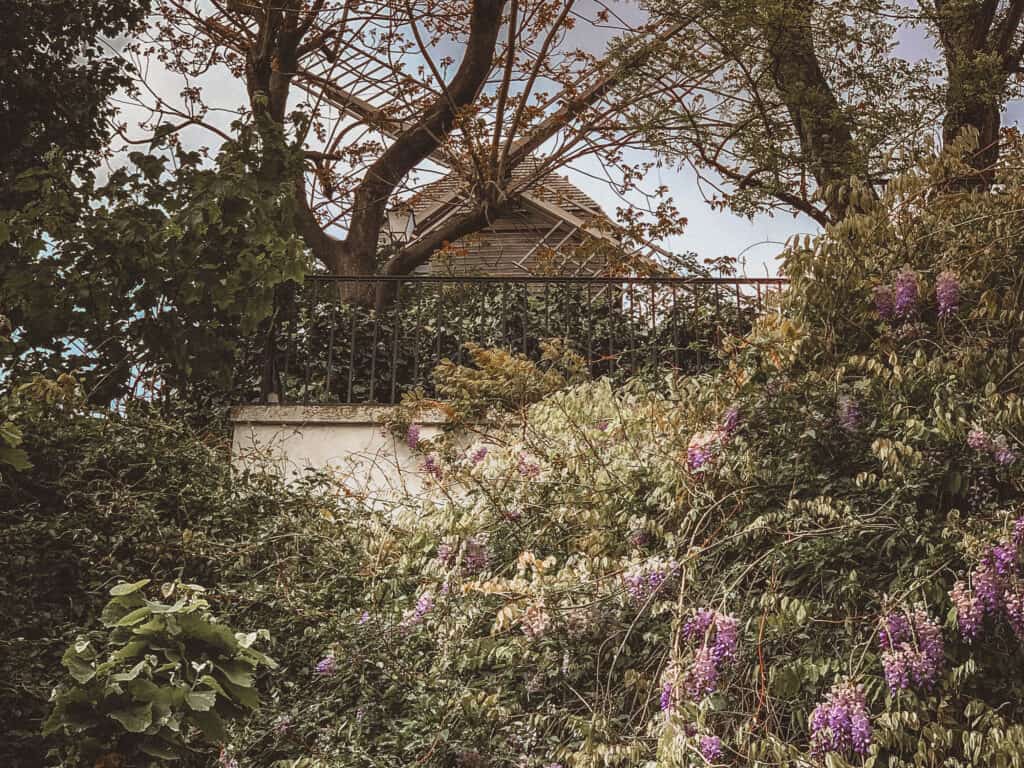 Enjoyed reading about the lost windmills of Paris? Pin it now, read it again later: 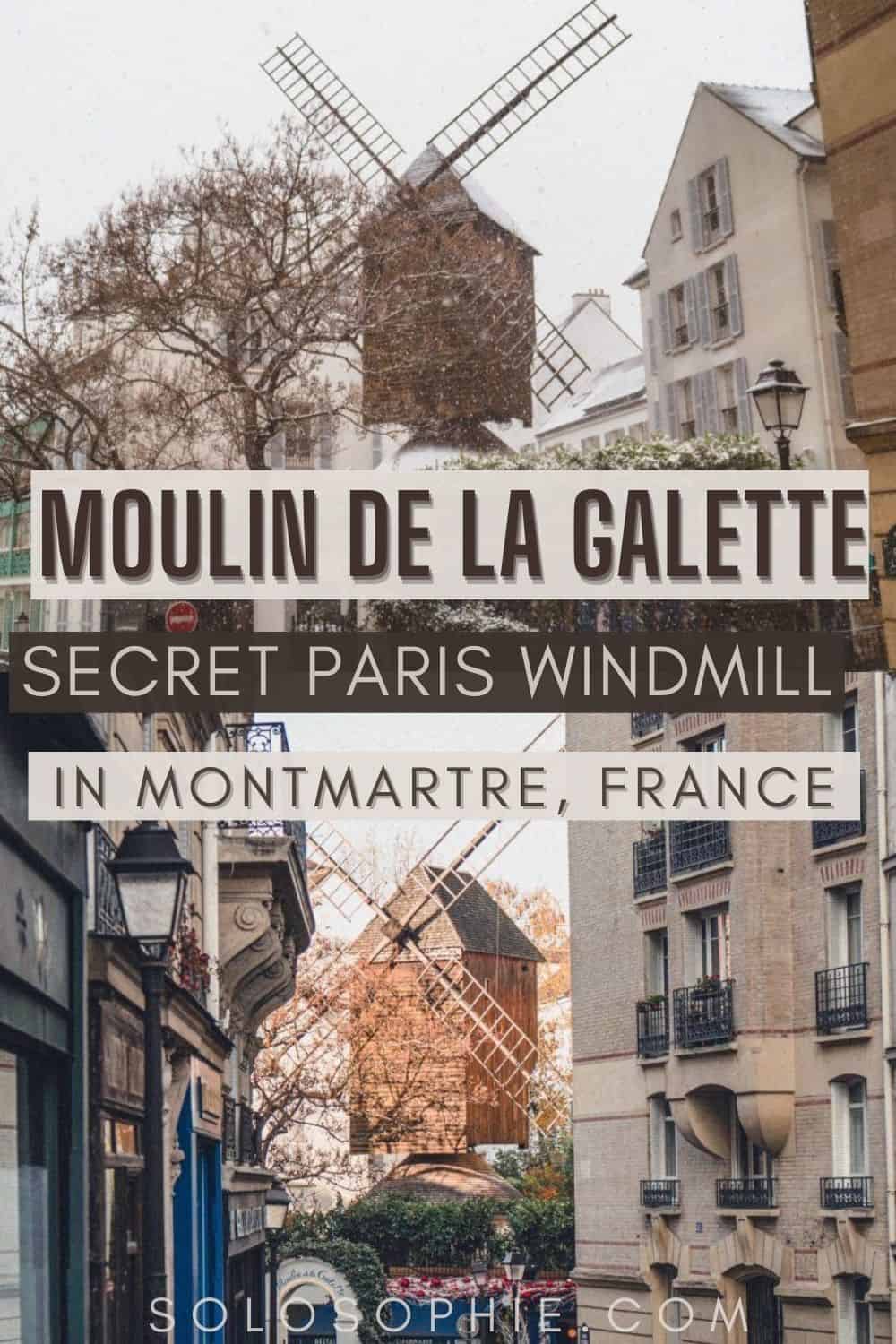 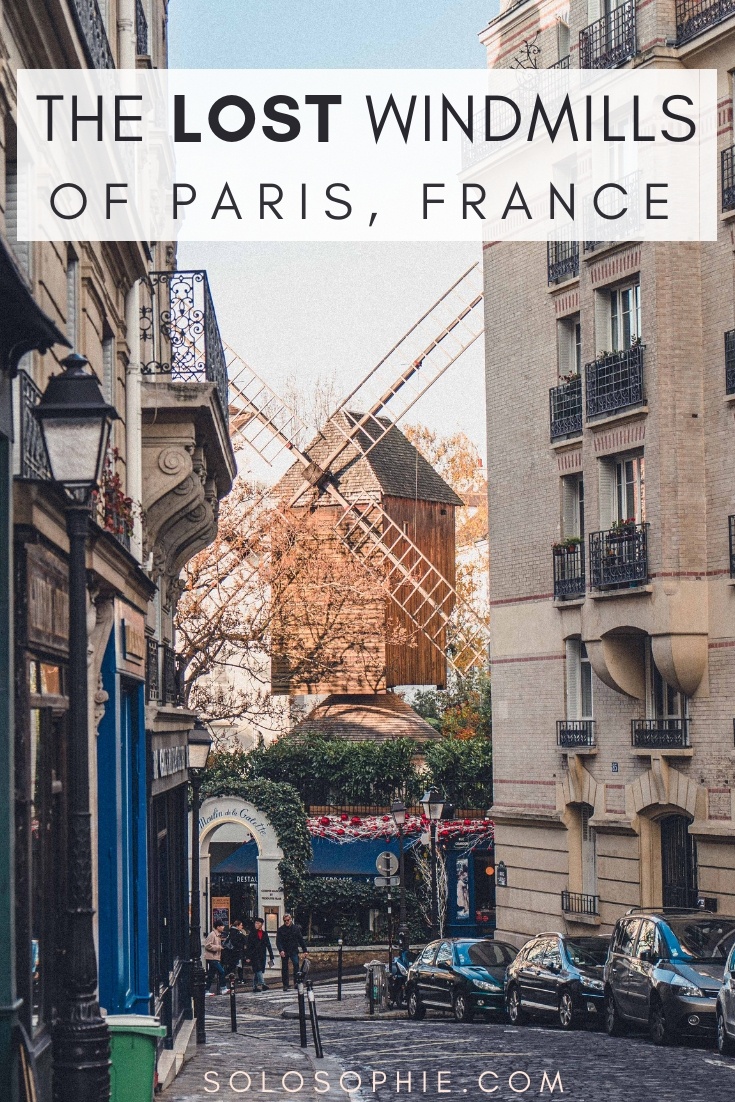 What a lovely post (came to you from the pinterest thread) We stayed in Monmartre a few years ago and came across some of these old windmills on our jaunts but it's nice to read a bit of background about them. And, when we go back I shall now be looking out for the others!