It’s a well-known secret that J.K. Rowling attended Exeter University in the 1980s and that many of the bars, cafés and shops around the quaint little city in the heart of Devon inspired her when she was writing the Harry Potter series. So much so, that today you can take yourself on a magical Harry Potter tour of Exeter for yourself.

Also worth noting is that the nearby towns and villages of Ottery St Mary, Chudleigh and Topsham were probably the inspiration for ‘Ottery St Catchpole’ (where the Weasley family lives), Topsham (where Madam Nettles lives) and Chudley (possible home of the Crudely Cannons). For more wizarding inspiration in the UK, check out my Harry Potter guide to the UK.

Before you visit Exeter, you need to know a few things. As the capital city of Devon (the other city in the South West county being that of Plymouth), there’s no shortage of things to see and do.

And between Roman ruins, an award-winning free to visit town museum, and an excellent foodie scene, there’s pretty much something for everyone! Thanks to its massive popularity, especially during peak season, you’ll want to book your place to stay well in advance so as to secure the best deal. Check accommodation prices here.

Alleged to be | Diagon Alley

Start your walking tour on Exeter High Street and turn down onto Gandy Street, a little road filled with boutique shops and dating back centuries. Filled with tiny boutiques and pretty cafés, it’s not hard to see how Rowling transfigured this street into a magical one.

When wandering down this road look hard enough and you’ll soon spy The Mugglers Inn, a magically-inspired bar that serves cocktails with names such as ‘First Year Experiment’ and ‘Berry Worms’. Update: As of May 2019, the Mugglers Inn (formerly known as the Cauldron Inn) has been closed for refurbishment.

From the end of the road, start walking down towards the boutique shops and bunting. Cross the road (be sure to look both ways), and around halfway down Gandy Street, you’ll see…

Alleged to be | Gringotts Bank

And no, I doubt any dragons will be bursting out of the roof any time soon! But, the unique façade of the vaults bar and club in Exeter looks surprisingly like Gringotts Bank from the film…

From Gandy Street, cross over to the other side of the main high street and turn down one of the many small alleys to enter into. En route, you’ll pass by several bookshops, jewellery stores, ancient pubs, and even the building which was once the oldest hotel in Devon.

Alleged to be | the room of Requirements

After snapping photos of the Room of Requirement door, don’t leave Cathedral Close just yet! After all, you still need to visit the stunning and Gothic Exeter Cathedral.

Worth noting is that a huge Roman bath complex is located beneath Exeter Green, and preliminary excavations suggest that the site here may be as important as the Roman Baths of the City of Bath!

Alleged to be | The Great Hall

The impressive architecture on the inside of Exeter Cathedral supposedly inspired the Great Hall where almost every major event in both the movies and films occurs.

From the Cathedral, turn back on yourself and walk back onto the main high street. Walk down the High Street towards the Next, Boots and John Lewis stores. At the junction by the John Lewis store, turn left and walk down the road for about 150/200 metres. On your right hand side, you’ll see:

Alleged to be | The Leakey Cauldron

If at the end of your Harry Potter, you’re feeling a little peckish, no problem! Not only does the Firehouse, Exeter make delicious pizzas, it was also the inspiration for the Leakey Cauldron.

And as soon as you step into this cosy pub, you’ll see exactly why! Before ordering these mouthwatering Italian delights, be sure to note that pizzas are absolutely enormous and just one is more than enough to share between two people! 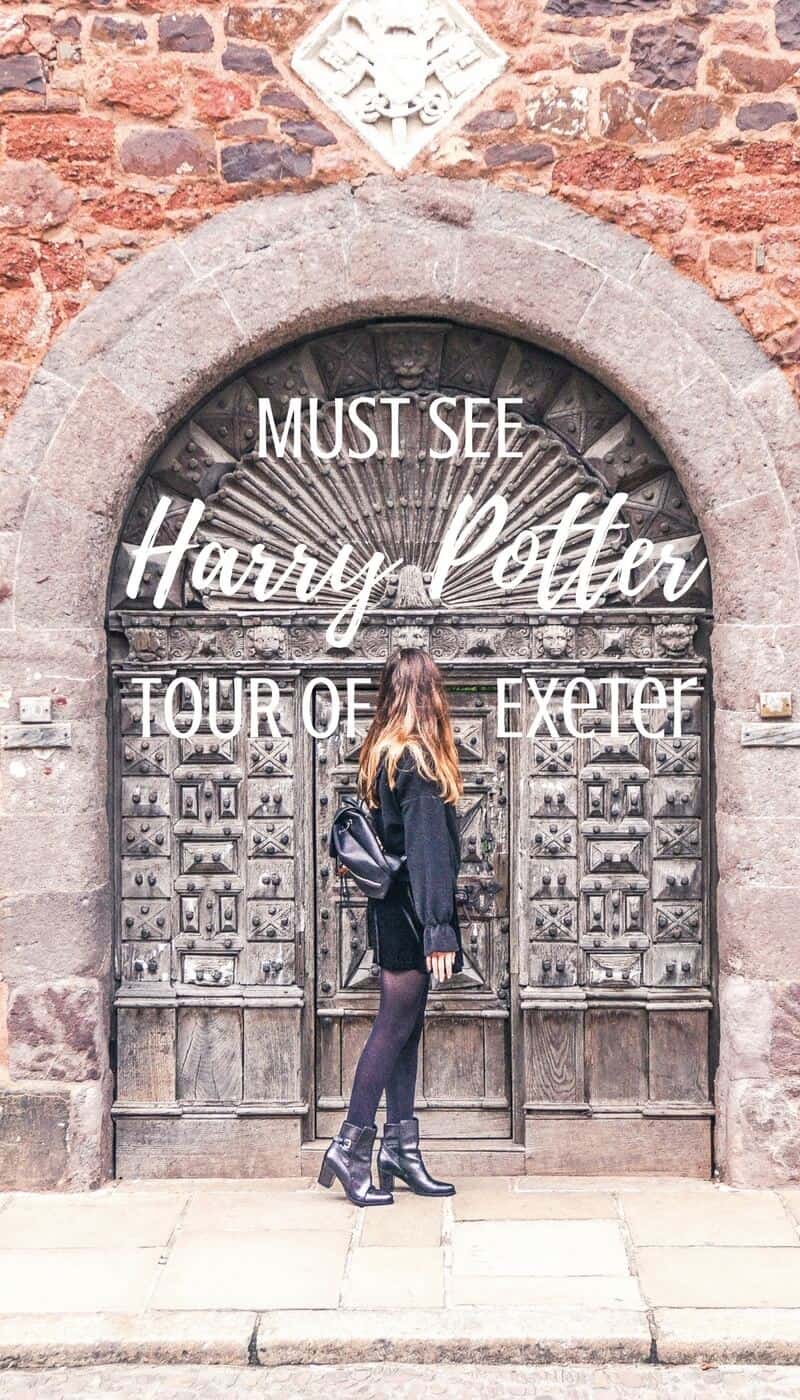 Although I liked this guide, there has never been a "Muggler's Inn" in Gandy Street. There used to be a place called "Cauldron Inn", but that closed down recently. There is a "Smuggler's Inn" in the town of Shaldon, maybe you were thinking of that.

The Cauldron Inn was actually renamed the Mugglers Inn!

What nonsense. JK Rowling has said she never went in the Old Firehouse. Why would a gay bar of no particularly unusual architecture make you think of a bank? There are plenty of streets like Gandy Street in Edinburgh where she wrote the books. This is just a lot of urban legend presented as fact with no evidence whatsoever.

Thanks for this. I only live 10 miles away in Exmouth and knew none of this. Looking forward to revisiting these places.

So i'm from Exeter, Topsham to be exact and knew of most of these places being an inspiration for the Harry Potter series. I love my city. Its gorgeous and to walk around and see these places really fuels my love for Harry Potter even more! Reading the books and seeing some of the local places mentioned is amazing.

Hi there! YOUR article is fun! If you want to visit the real film locations come on one of my tour of London one day!!