Have you ever sipped on your drink in a former 20th-century church? Surrounded by Pre-Raphaelite stained glass windows, loud music, and crumbling walls? Well, in the very heart of England, you can do just that in the café-bar of Freud, Oxford. 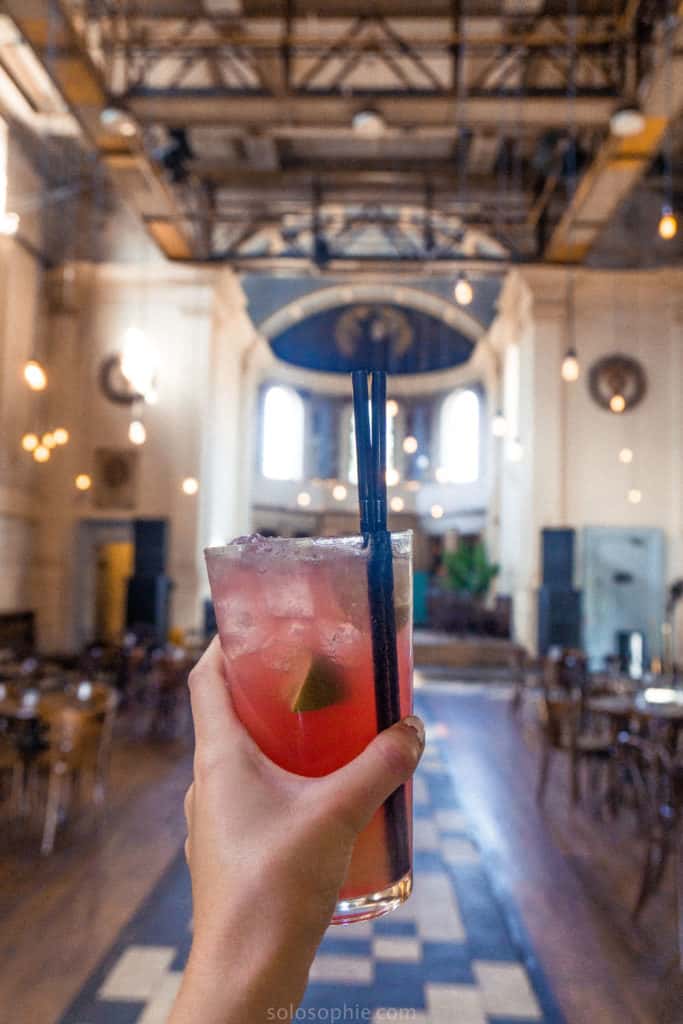 The historic area of Jericho is home to the likes of Oxford University Press and countless narrow lanes. Somewhere in the midst of this vibrant district lies Freud, a lively bar set against the backdrop of a former place of worship and which is often referred to simply as ‘FREVD’. 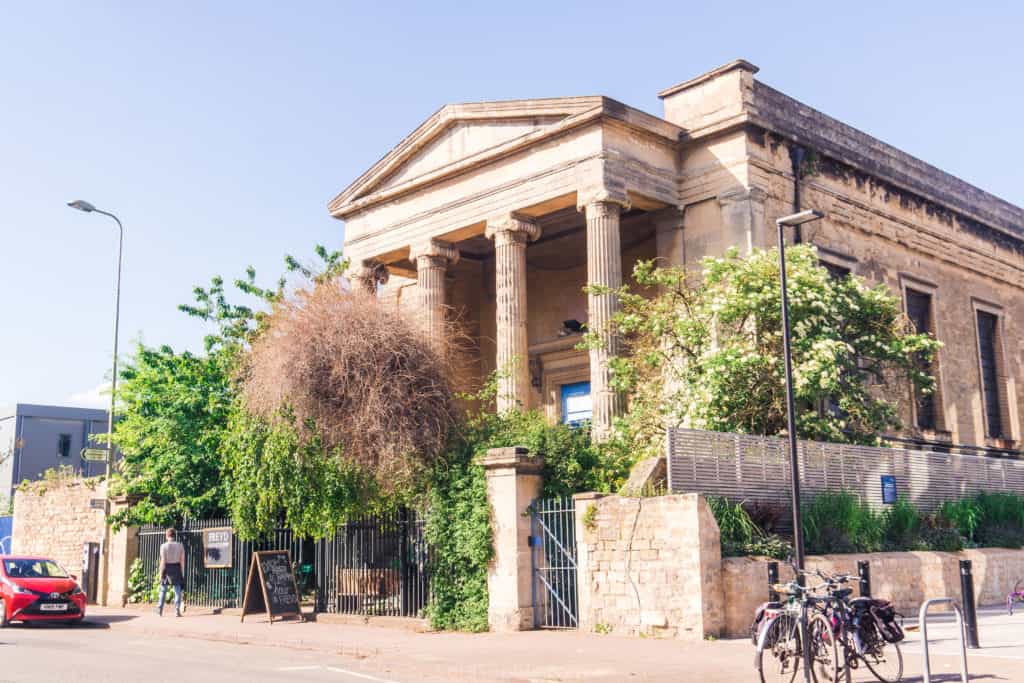 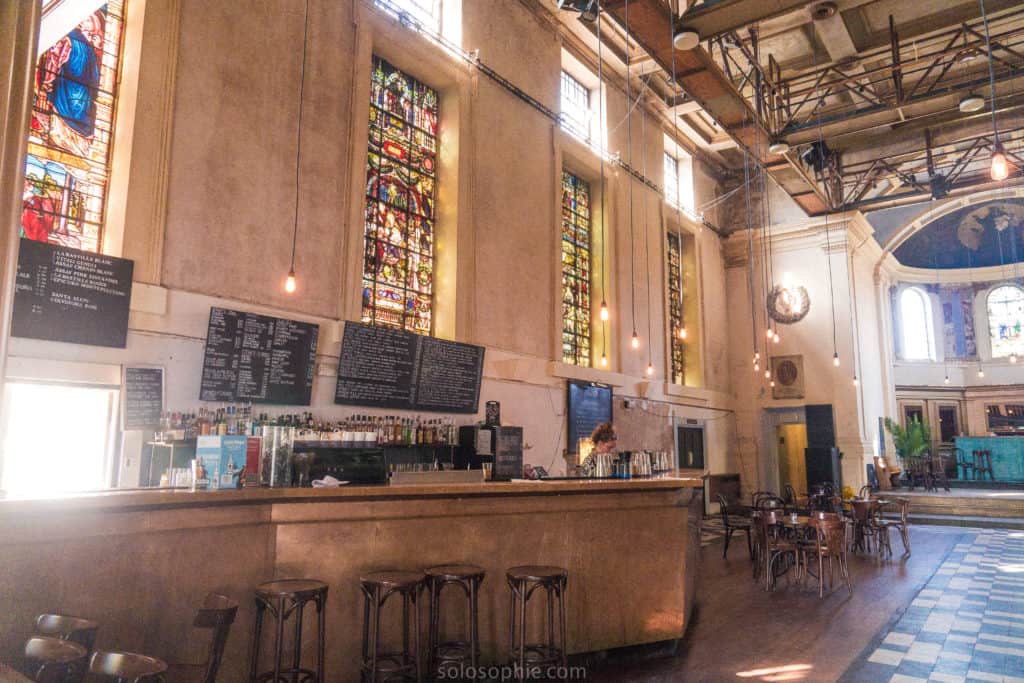 First constructed in the Greek Revival Style, the former ecclesiastical building still has stained glass windows in situ and now serves cocktails and coffee on a daily basis. The building itself was designed in 1836 by Henry Jones Underwood, a man best-known for his work on the Oxford Botanic Garden’s Library.

Over the next century, the iconic ionic columns of the church became a permanent fixture along Walton Street. Well, that was until the 1960s when a myriad of factors meant that the church was no longer used as a regular place of worship. Instead, St Paul’s was deconsecrated and the premises were purchased by Oxford Area Arts Council. 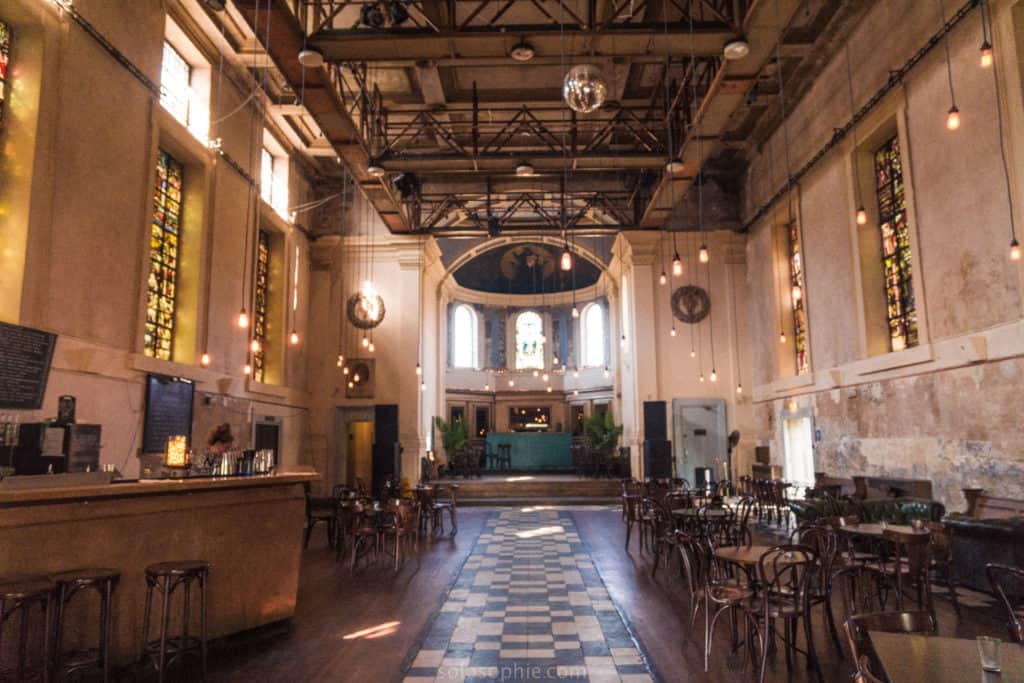 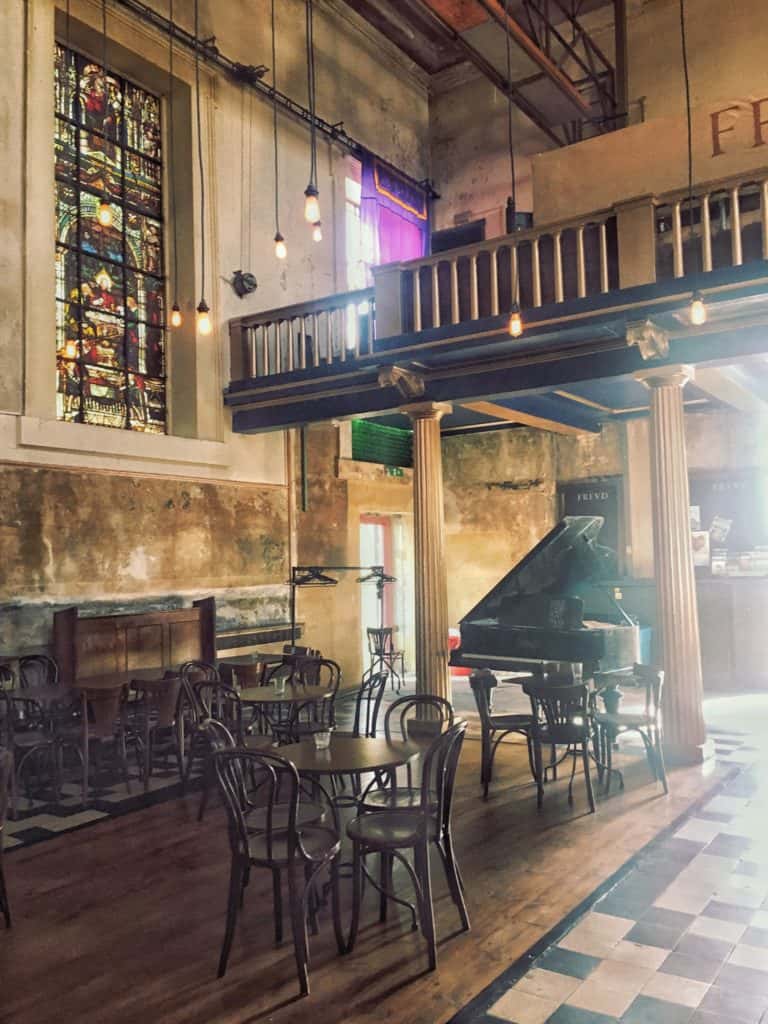 In 1998, the church was transformed into a coffee shop and bar by a former student of the Courtauld Insitute of Art, David Freud (hence the bar’s name!). Venture into Freud’s today and you can expect to find that the bar’s name is written as ‘FREVD’. The ‘V’ is just the Latinised way of writing ‘U’.

Another café-bar of the FREVD chain can also be found in London. The Shaftesbury Avenue bar was founded in 1986 and Freud’s aim with this was to create the first café-bar of its kind in the UK, inspired by those of Vienna. 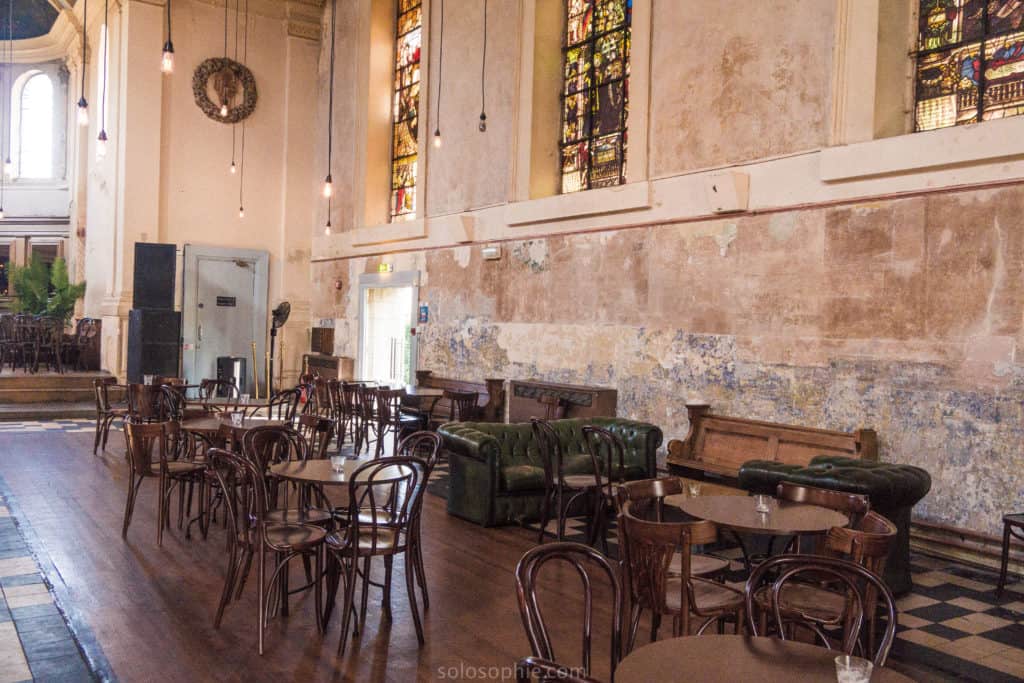 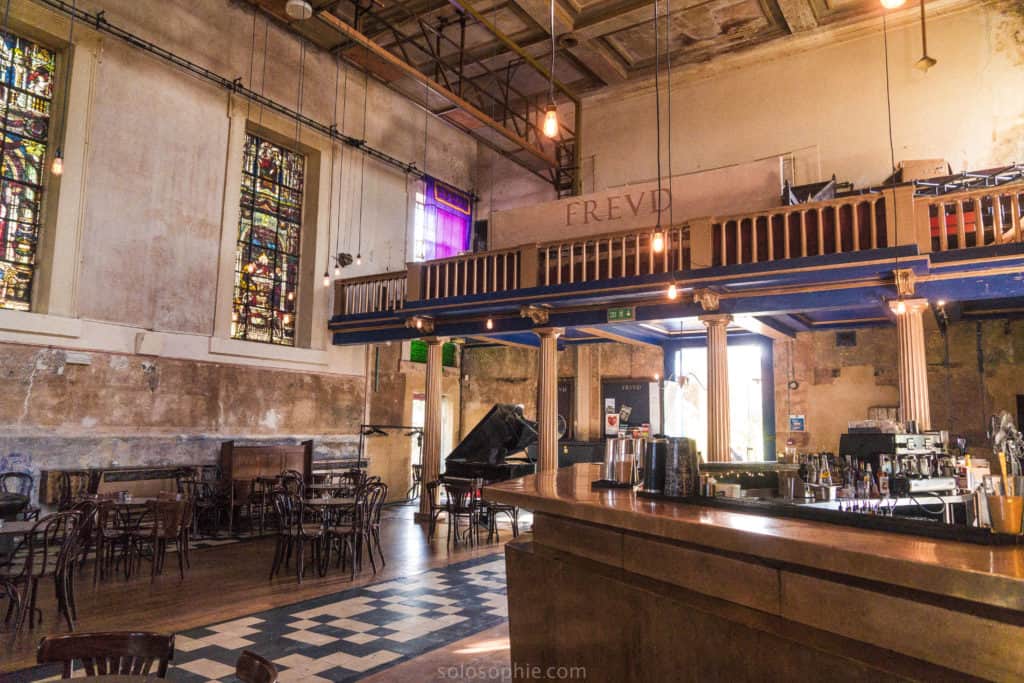 It was an incredibly warm afternoon in central Oxford when my friend and I were searching for a place to sip on some cocktails under the summer sun. We wanted to sit outside, chat, and find a place where the atmosphere would be relaxed. En route to another pub, we spotted the imposing Neo-Classical architecture of St Paul’s.

A sign ‘happy hour’ caught our eye and so we wandered inside. The cavernous ceiling sparkles with dimly glowing hanging lights, while the walls are slightly dilapidated. The music is loud and the ambiance is friendly. Live blues and jazz music often play inside and art exhibitions are sometimes displayed within the crumbling walls of the Neo-Classical church. 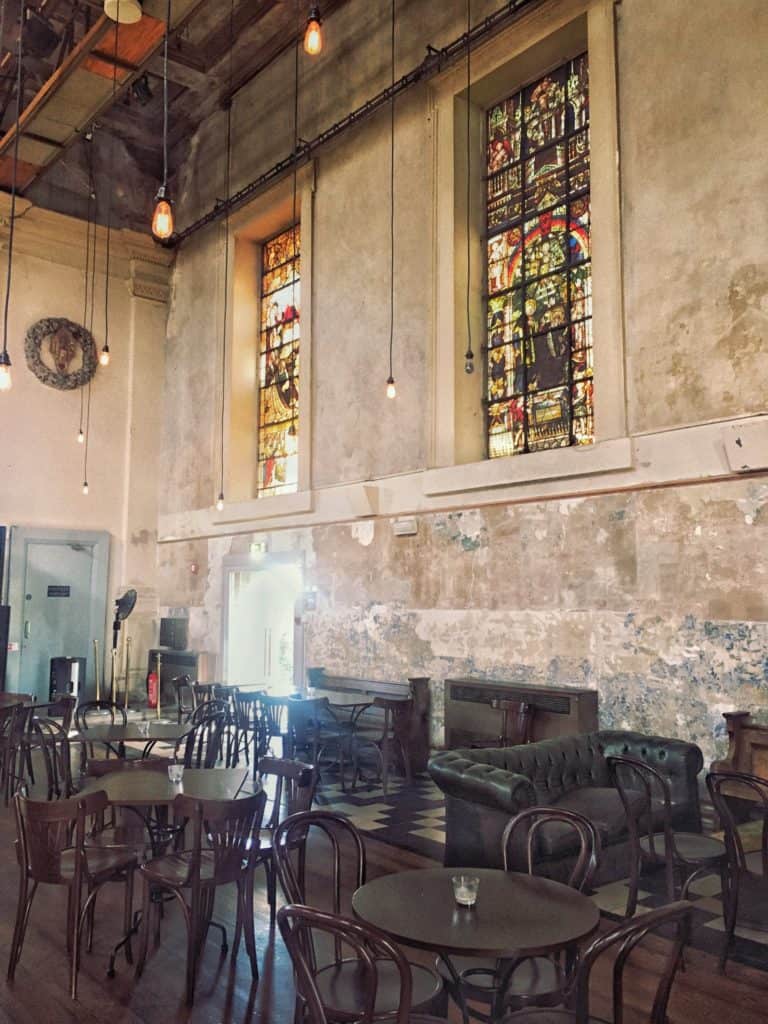 To the front exterior, there’s a small garden/ terrace area where you can enjoy your drinks on small café stools and chairs throughout the summer months as the sun goes down. The menu is European inspired and happy hour is every hour when it comes to several of the drinks.

Cocktails on offer cost £5.50 and I enjoyed the ‘Holy Freud Lemonade,’ a drink inspired by the premises themselves (think lychee liqueur, cranberry, and elderflower). Although I’ve since read mixed reviews about Freud, Oxford online, we found the place to be charming.

The decor was quirky, the setting hauntingly beautiful and I would certainly return in the future! All in all, the café bar was a lovely find during a stroll around the city. I’d even go as far to say that FREVD is one of the best hidden gems that Oxford city has to offer! 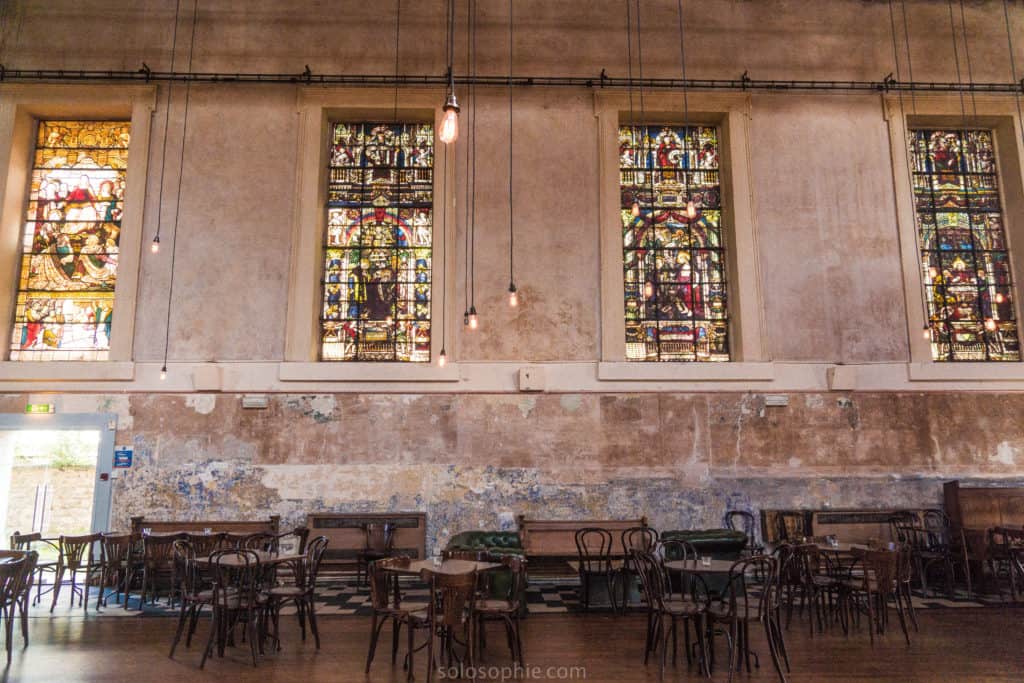