For this post, I did some ‘research’ by rewatching the film (ha)! Here are a few of the Da Vinci Code filming locations in Paris you must visit!

When the Da Vinci Code burst first onto the scene, in the form of a book, and then later a film, the Dan Brown creation caused something of an uproar. And for good reason. The book, film and even the theories behind them sparked controversy around the world, notably because they ‘claimed‘ that Jesus had children, and therefore, a potential bloodline. 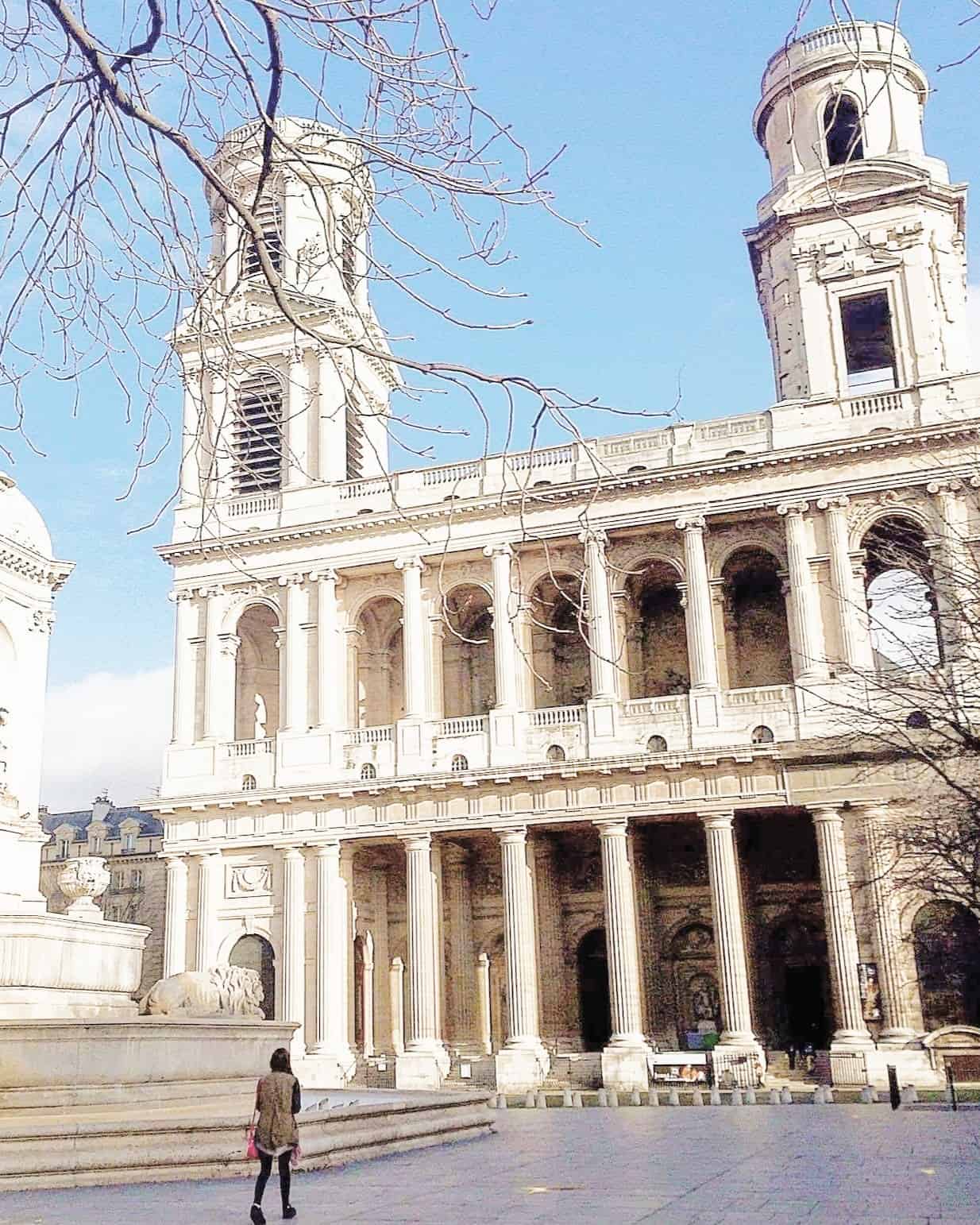 The historic church of Saint Sulpice, located not far from the Jardin du Luxembourg and pretty close to the Latin Quarter area of the city, is probably the most controversial of all the Da Vinci Code filming locations in the city of love.

After all, when the film crew asked for rights to shoot the interior of Saint Sulpice, they were actually turned down. This means that when you watch the film and Tom Hanks walks into the infamous church, he is actually walking through a Hollywood Movie set.

The high ceiling and many of the stained glass windows are merely special effects, added post filming. The reason the church rejected the Da Vinci Code being filmed here? Well, in both the book and the movie, the ‘rose-line‘ supposedly runs through the heart of the church and is meant to be ‘the world’s first meridian’.

Dan Brown links this mythical line to the bloodline of Christ. However, the Catholic Church vehemently rejects this claim, and there is even a special notice inside the church informing visitors to this ancient place of worship that the rose-line is mere fiction. Interestingly, there is a real meridian line in the church… But this one is supposed to calculate the official date of Easter, rather than any link to possible descendants of Jesus. 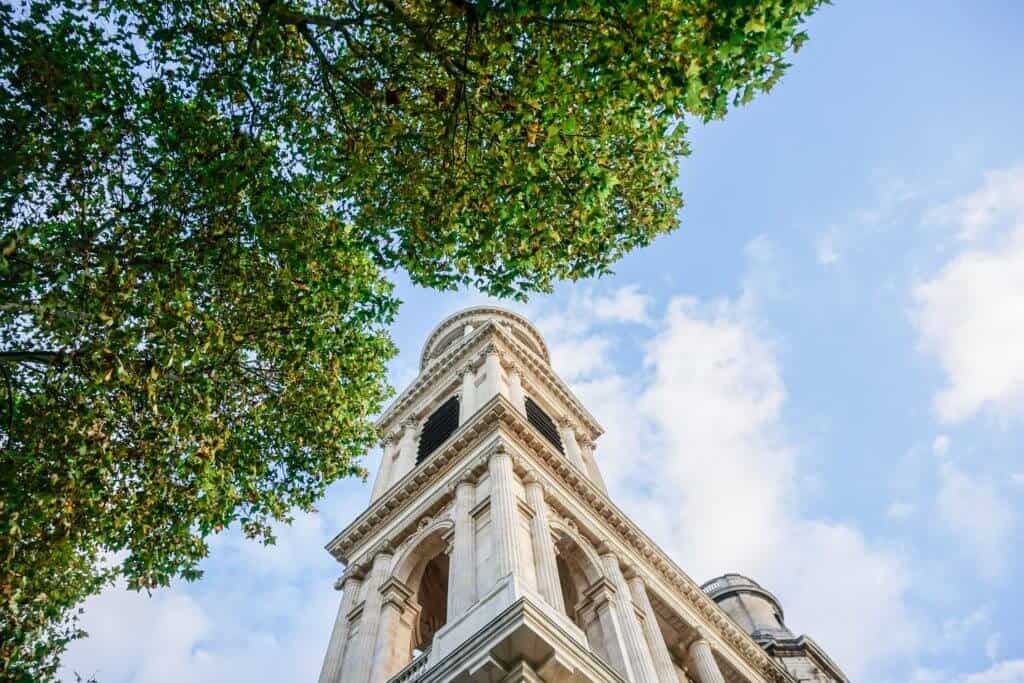 Grand, imposing and once the seat of nobility –rather than royalty, Palais Royal sits opposite the Louvre. In the Da Vinci Code, Robert Langdon (played by Tom Hanks) walks through the historic palace, continuing with his search to find the end of the rose-line.

Today, Palais Royal is both the name of the building and the quiet square nestled within its walls. The pretty and tranquil park is often cited as many people’s favourite park in the city of lights. In fact, it’s the perfect place to catch up with friends, or head to one of the only spots in the city where you can purchase a Matcha Latté, Café Kistuné. 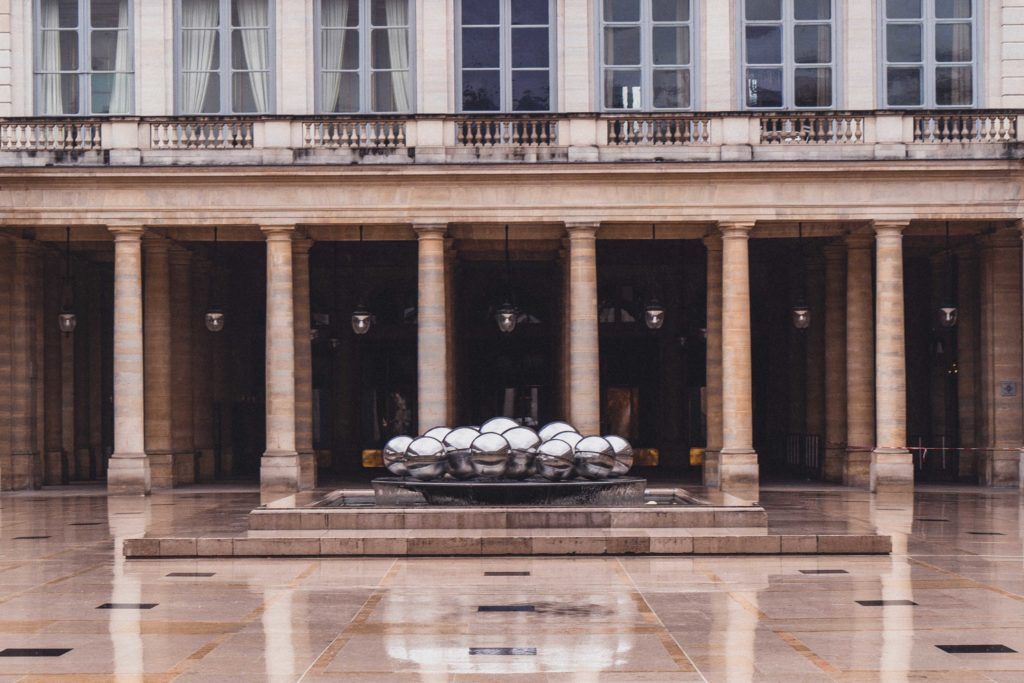 The Comédie-Française is the first, and so far only, comedy theater run by the French government. Located close to Palais Royal and the Louvre, its grand Haussmann façade makes it difficult to miss. Plus, it has its own group of full-time employed actors. The theater is yet another stop along the infamous ‘rose-line’, or so-called ‘Paris meridian’.

In the Da Vinci Code, Robert Langdon stays at this Hotel. Hand painted walls, red velvet and mahogany everything: this hotel is the height of Parisian decadence and luxury. Originally founded in 1898 by Cesar Ritz, the hotel has welcomed acclaimed, famous, and wealthy guests from all over the world for over a century. Today, you can book your very own stay at the iconic hotel. Check rates and availability here.

And the final stop on our quirky tour of the Da Vinci Code filming locations in Paris is the Louvre Museum. Allegedly the final resting place of Mary Magdalene, the Louvre also happens to be the largest museum in the world.

In the book and novel, it’s alleged that the pointed triangular architecture of the centrepiece of the Louvre is not just a controversial art piece. Instead, Dan Brown alleges that the triangle points to the final resting place of Mary Magdalene, and the triangle symbolises the male and the female. 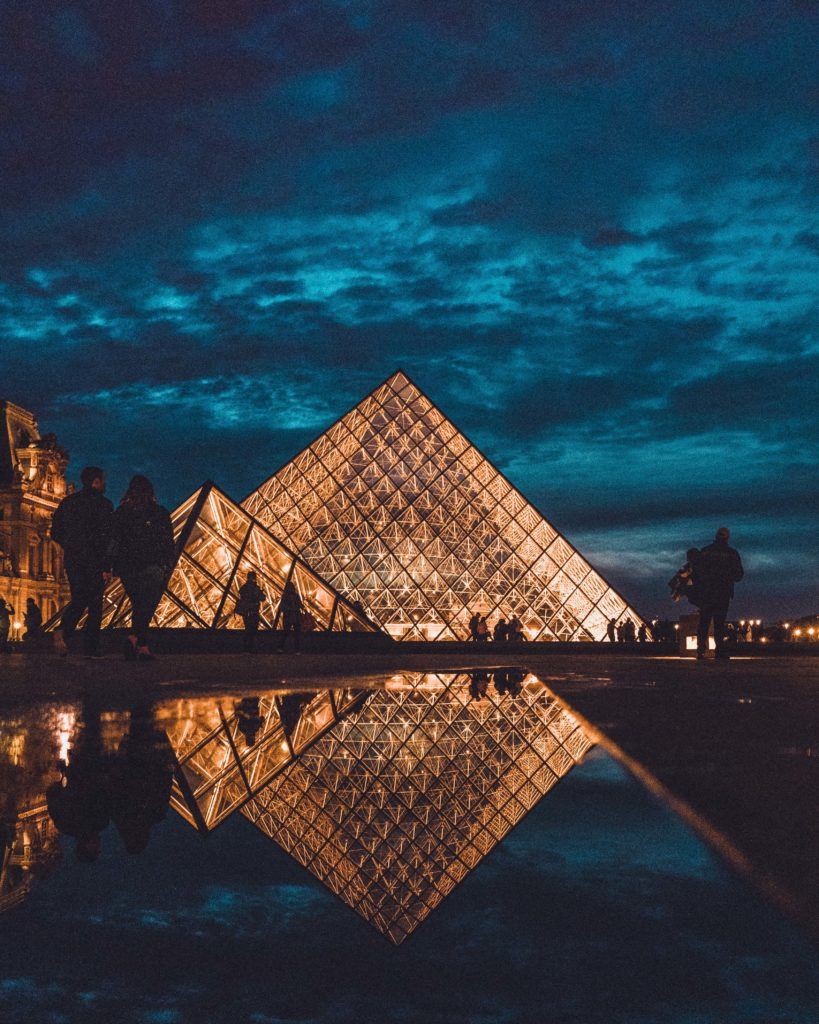