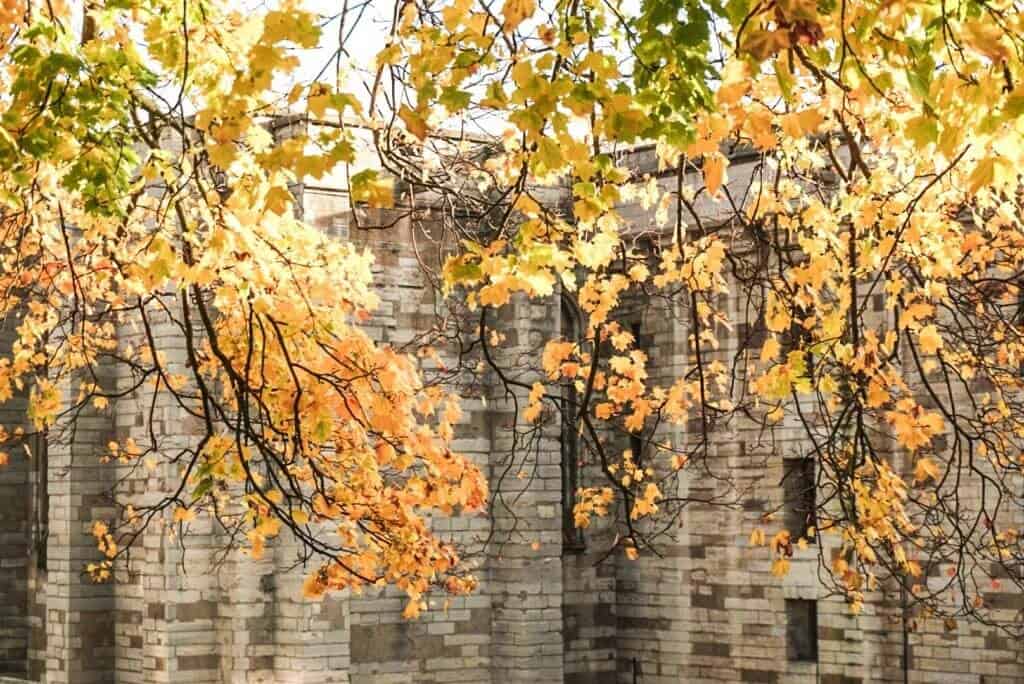 Constructed between the 14th and 17th centuries, Château de Vincennes has seen varying uses throughout its lifetime. From its time as a royal residence to its stint as a dungeon, the Castle remains the only fortified château close to central Paris.

Lying to the East of the city, the château traces its origins back to use as a royal hunting lodge in the 12th-Century. (Just like the much larger Fontainebleau-which is also a great day trip from Paris!). Today, the former royal residence lies on the fringe of Bois de Vincennes, one of two large forests which flank either side of the French capital city.

In time, the hunting lodge was deemed insufficient for the growing interests of the Kings of France, and at some point during the 13th-century, the rather insignificant hunting lodge was transformed into a much larger, palatial building. It was also during this period, at Château de Vincennes, that both Philippe III and Philippe IV wed their future wives and queens of France. 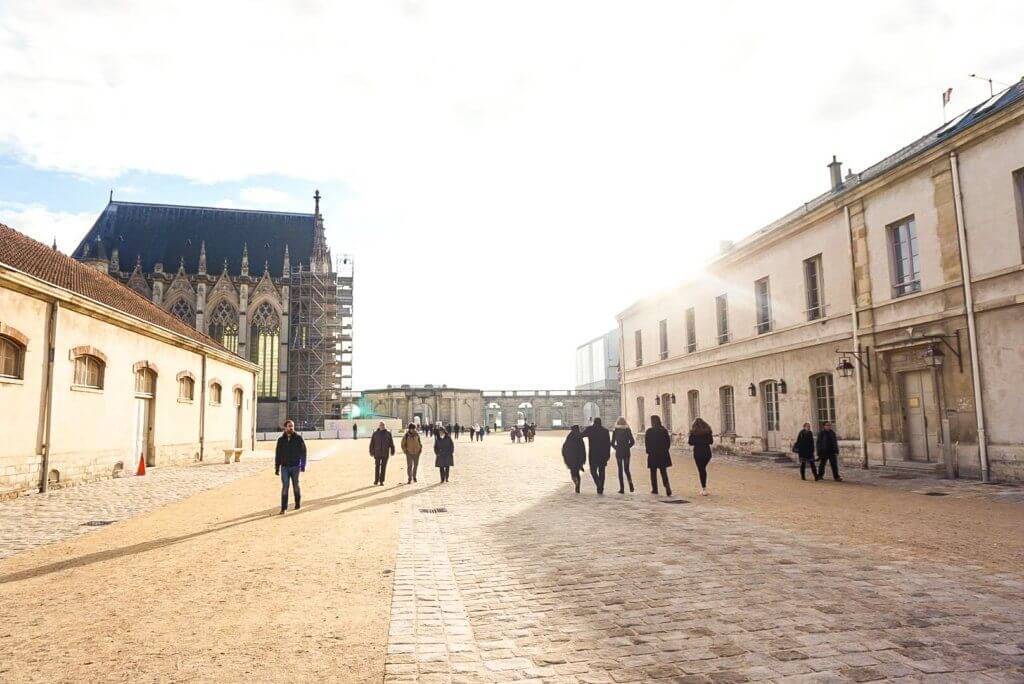 In the 14th-century, the building you can see today was built, replacing the 13th-century buildings. During the renovations, the Château was greatly updated. All contemporary conveniences were added, making it the perfect base for the seat of royalty. In fact, with the addition of the donjon tower (also known as the keep), at 52 metres high, the castle became the tallest medieval fortified structure in Europe at the time. 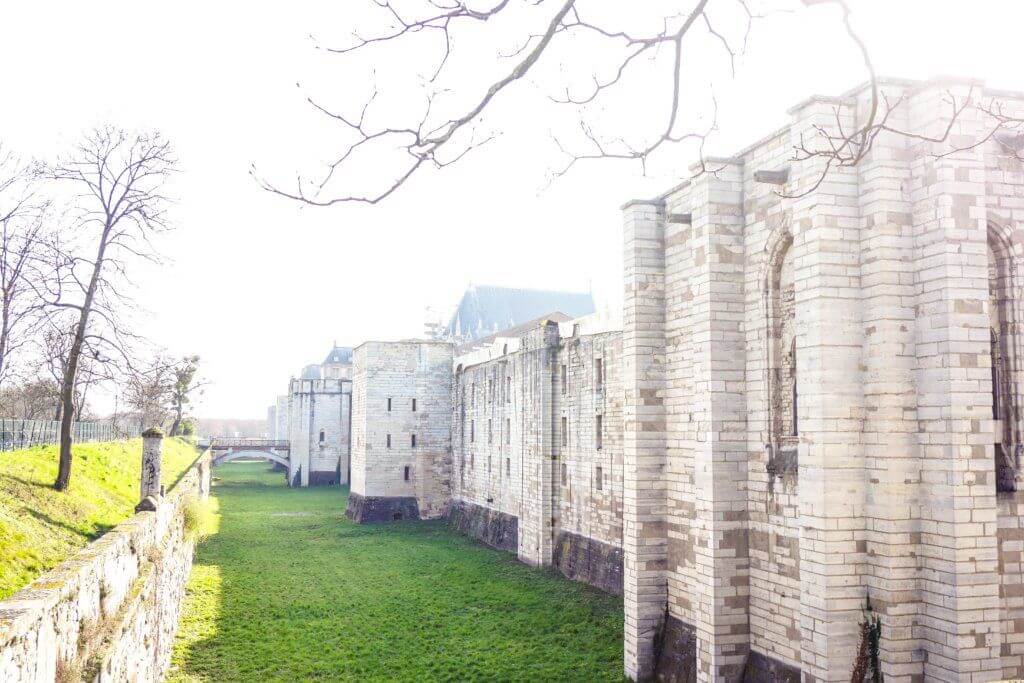 How to visit the Château de Vincennes

Today, the château remains complete with a keep, dungeon, moat and fortified concentric walls. Like many monuments and sites of historic interest across IÎle de France, the castle is free to visit on the first Sunday of every month.

However, if you do choose to visit on one of these ‘open days’, make sure to arrive early- whenever something is ‘free’, there’s always a long queue to enter! Otherwise, you should know that the easiest way to reach the Château is by taking the metro line 1 (yellow line) to Vincennes and simply hopping off the train and following the signs to the Château.

Entrance is free for under 18s and those residing in the EU who are under 26. When buying your ticket to visit if you don’t qualify for free entrance, then note that your ticket includes a self-guided tour or a 1.5-hour guided tour in French. Purchase your Château de Vincennes entrance ticket here in advance. 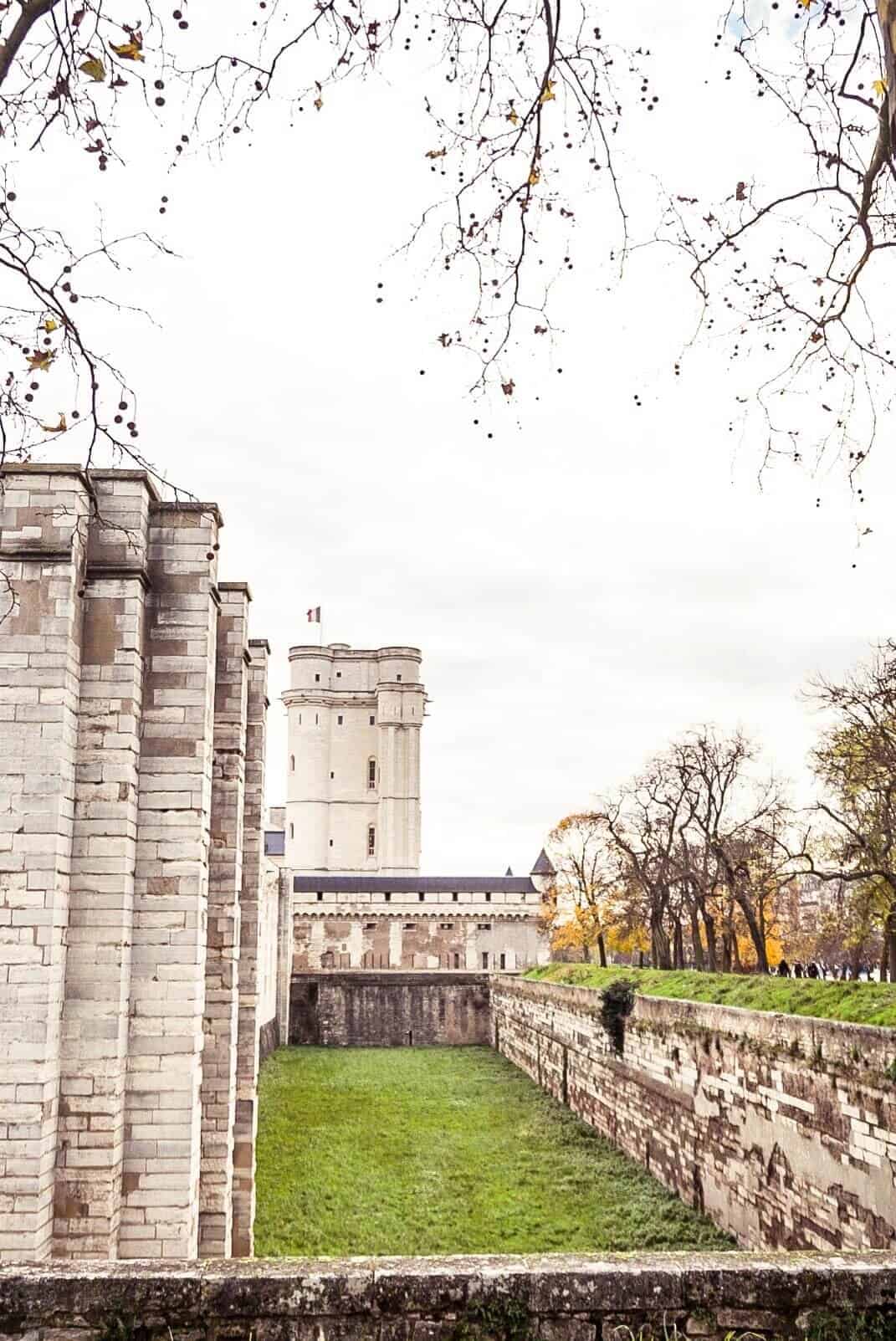 One of only a few such ‘Sainte-Chapelle’ chapels still surviving, Sainte-Chapelle de Vincennes is definitely worth a look around, if only to see the stunning stained glass windows and its brightly lit interior. This gothic structure was founded in 1379 and updated over the centuries to encompass various Kings’ tastes and requirements.

The stained glass windows have been restored to a much greater extent here than in the city, as well. This is because much of the interior of the place of worship was destroyed during the French Revolution. Nevertheless, the stunning chapel is still well worth a visit to this day, if only to admire the epic proportions of the ecclesiastical building. 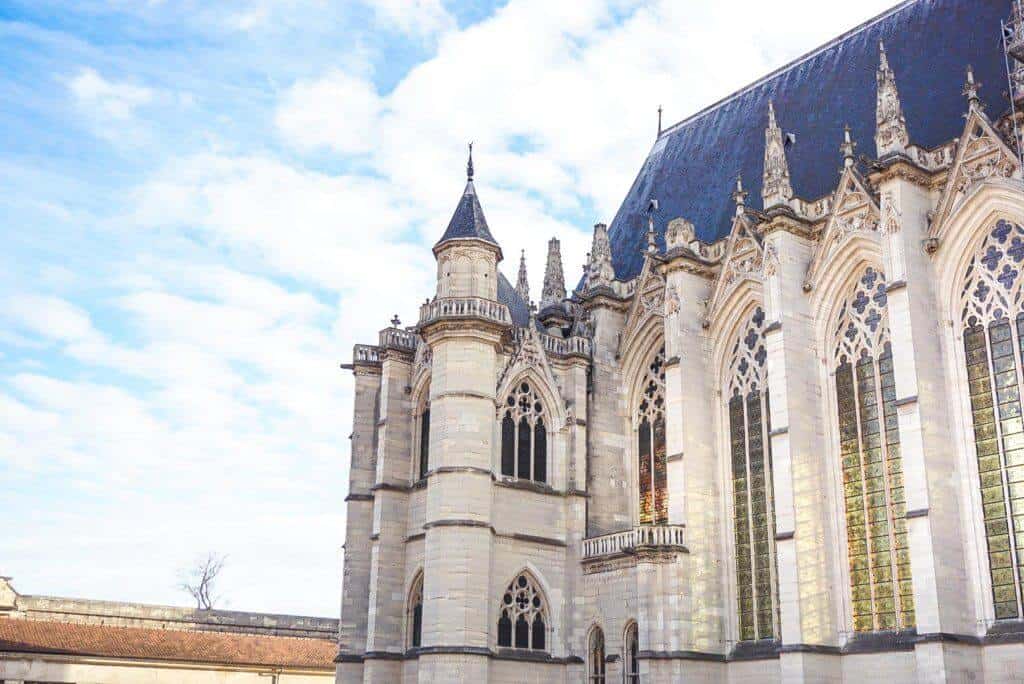 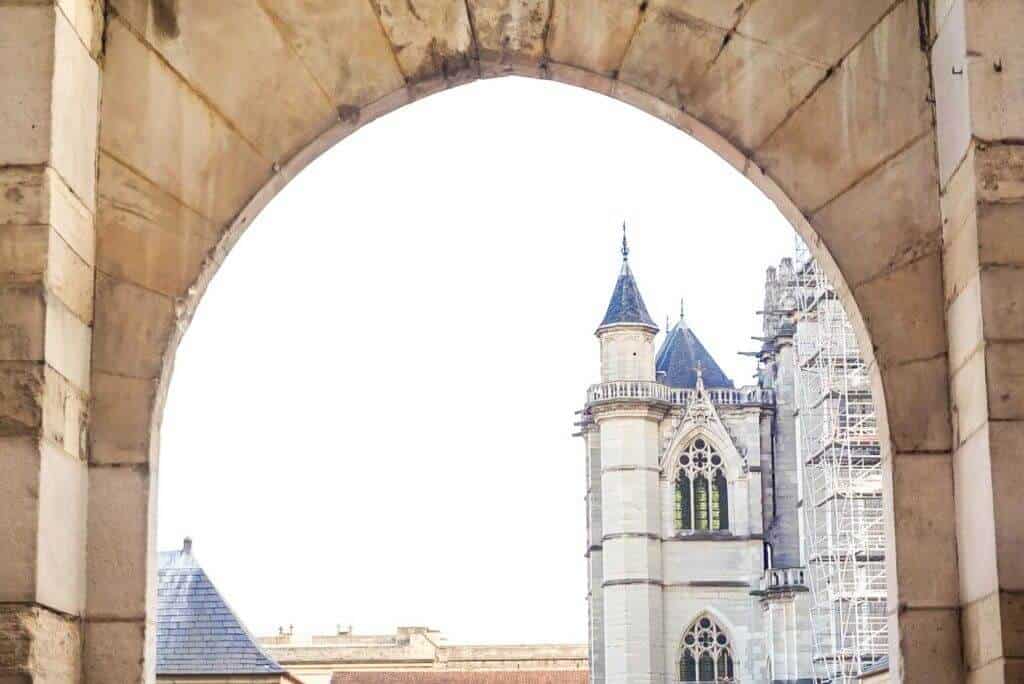 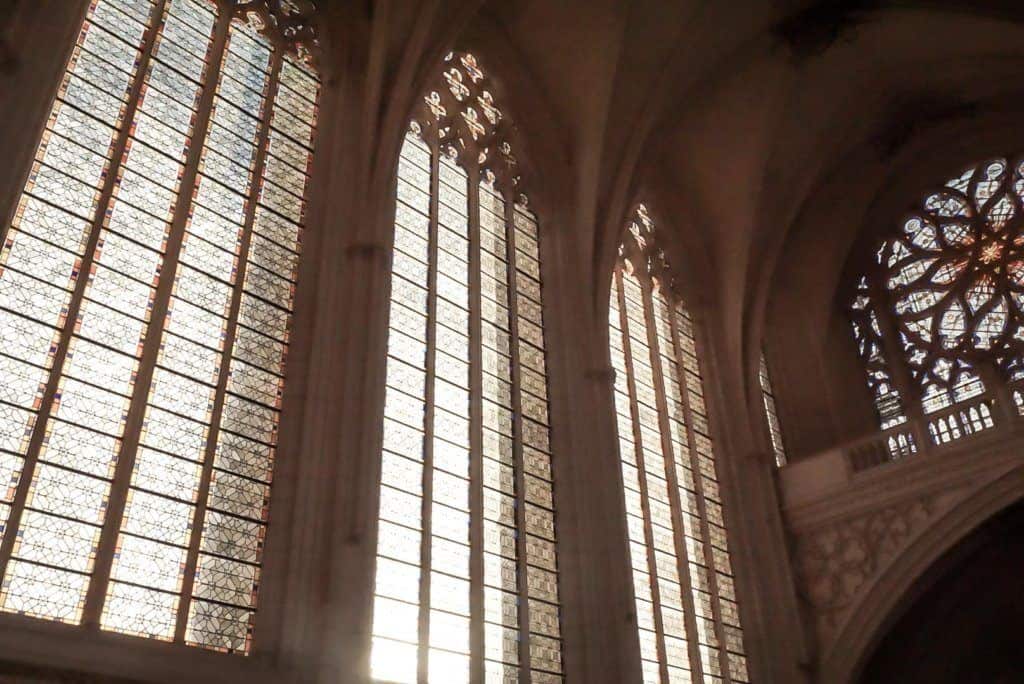 Once the preserve of Kings and Nobles, and solely in use as a Royal Hunting Ground, today Bois de Vincennes surrounds the Château de Vincennes and is one of the largest public parks in Paris. (Here and Bois de Boulogne are the two largest parks). Once there, you’ll find a lake (where you can rent a rowboat), plenty of green spaces, and a botanical garden.

The Park was created in the 19th-century at the request of Napoleon III and was always intended for use as a public space. The park is so vast, that it comprises of 10% of the entirety of Paris, and takes hours to walk around. If you are looking to delve deeper into the story of the park together with a local guide, then you might consider booking a segway tour like this one. 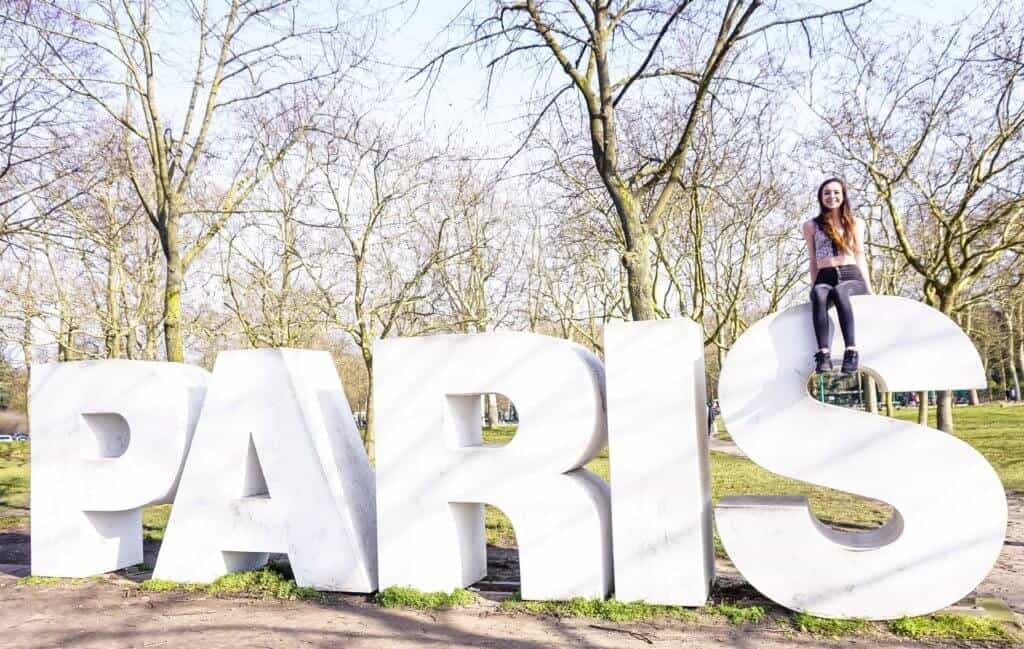 Enjoyed reading this guide on how to visit Château de Vincennes as a day trip from Paris? Pin this article now, read it again later: