If you’re looking for the ultimate gastronomic French experience, then you simply must head to the wine city of Bordeaux. Inhabited since time immemorial, head to the South of France settlement today and you can expect to find a plethora of tours and tastings worth your while. Here’s your guide to the best of wine in Bordeaux, including river cruises, a history of Bordeaux wine, and wine-inspired day trips from Bordeaux. 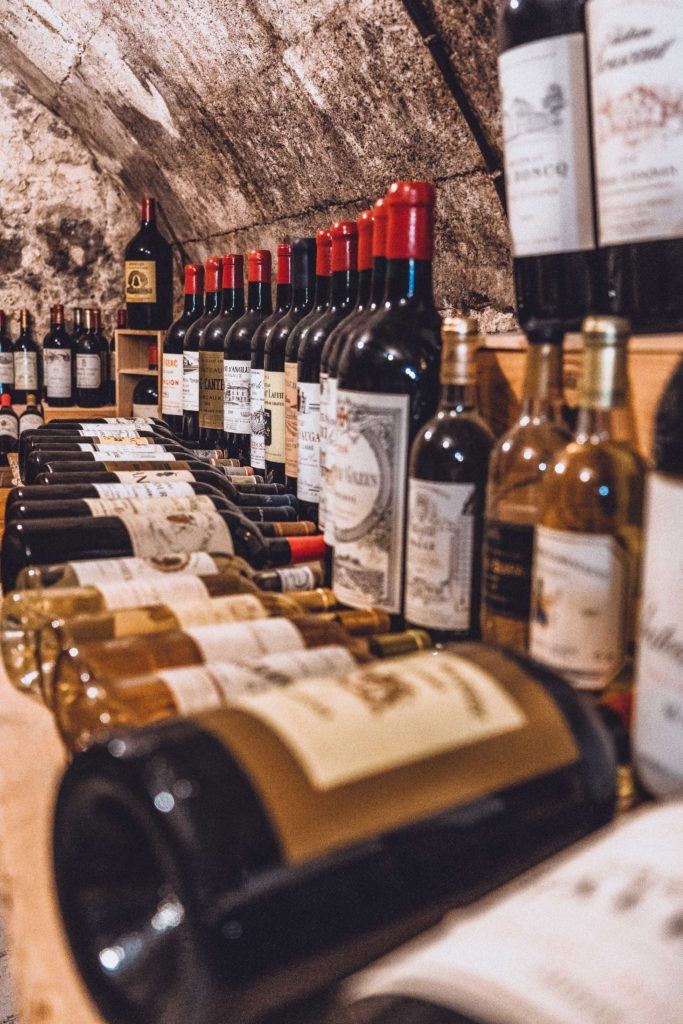 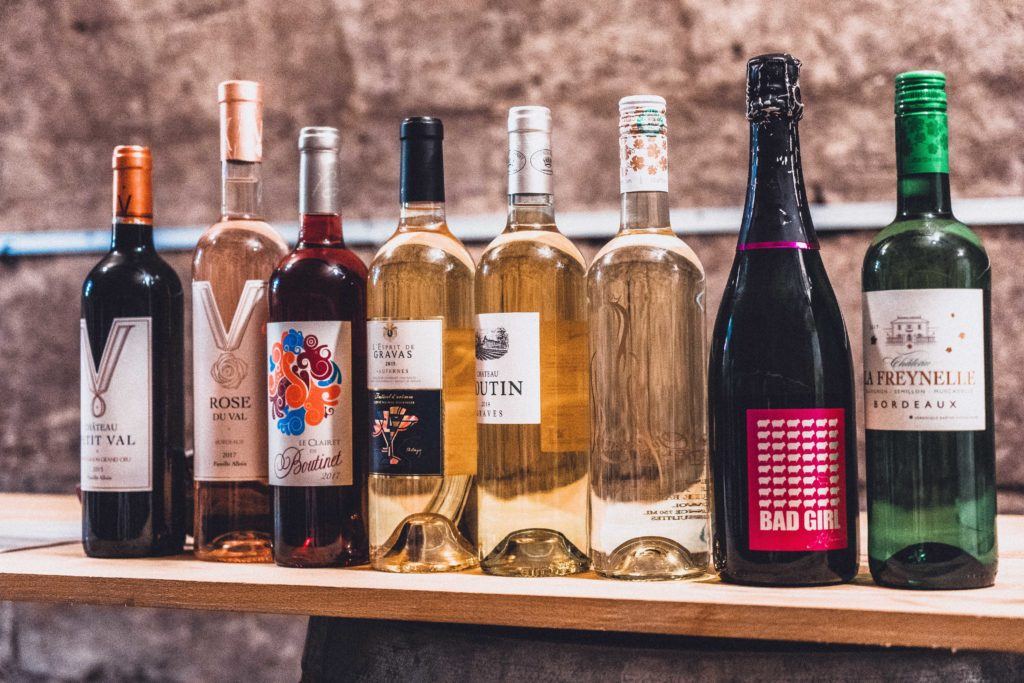 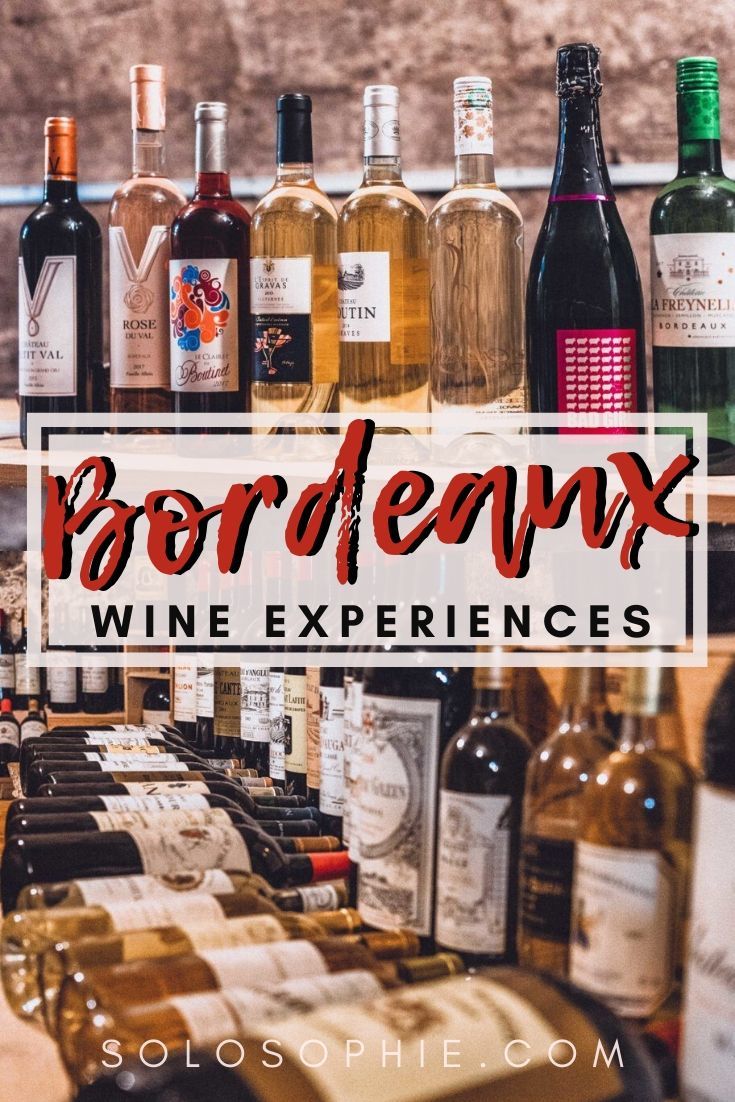 Located in South West France, Bordeaux is the capital city of the Nouvelle-Aquitaine region of l’Hexagon. Widely regarded as the city Parisians would most like to live in if they didn’t live in Paris, once in the busy and bustling port settlement, you’ll soon discover delights like the Gothic Cathedrale Saint André and the longest pedestrian street in Europe, Rue Saint-Catherine.

First inhabited by the Romans, who called the city ‘Burdigala,’ other highlights of the wine capital of France, of which Bordeaux is the hub and beating heart, include plenty of 18th-century mansions and countless fountains. When in the city, be sure not to miss out on the foodie scene or the wealth of vineyards surrounding Bordeaux. 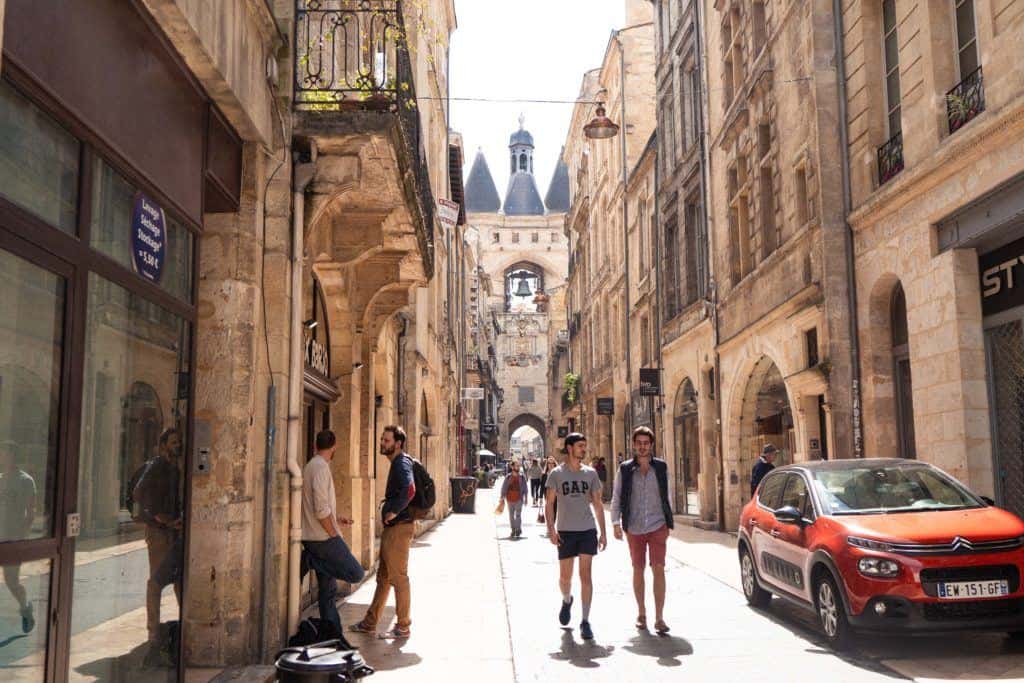 Types and varieties of wine in Bordeaux

When one imagines Bordeaux wine, they likely picture a deep fruit red, full-bodied, and full of flavour. But what many people don’t know is that there are a plethora of wines to be found in the region, all entirely different, and many worth tasting if you’re a wine drinker.

When it comes to Bordeaux vineyards, red, rosé, dry white, and sweet white wines are all represented thanks to the biodiversity of the soil. The region’s proximity with the salty sea, sand dunes to the East and the countryside to the West also mean that there are plenty of microclimates, resulting in an incredibly diverse selection of wines. 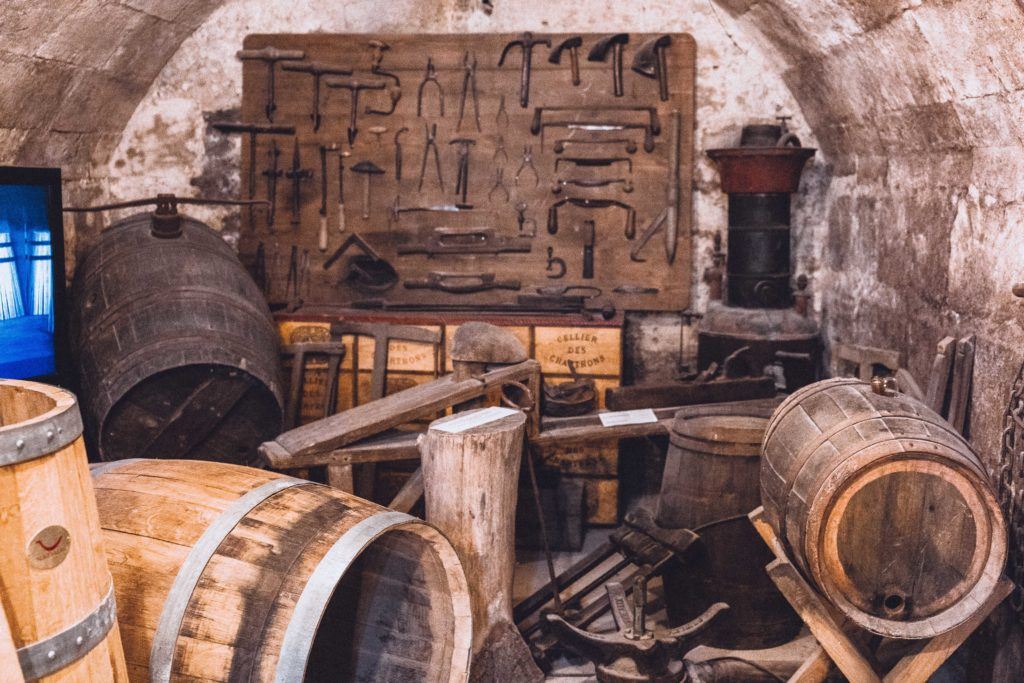 Today, there are close to 7000 wine growers in Bordeaux, providing over 55,000 jobs to the region. In total 65 separate appellations are noted (an appellation is a protected legal term for the geographical location where specific grapes for a wine were grown) and well over 100,000 hectares of the region are covered in vines.

As you can see, there’s a lot more to Bordeaux wine than you might have originally imagined, and booking a Bordeaux wine trip is the perfect way to get even more knowledgable about the subject! 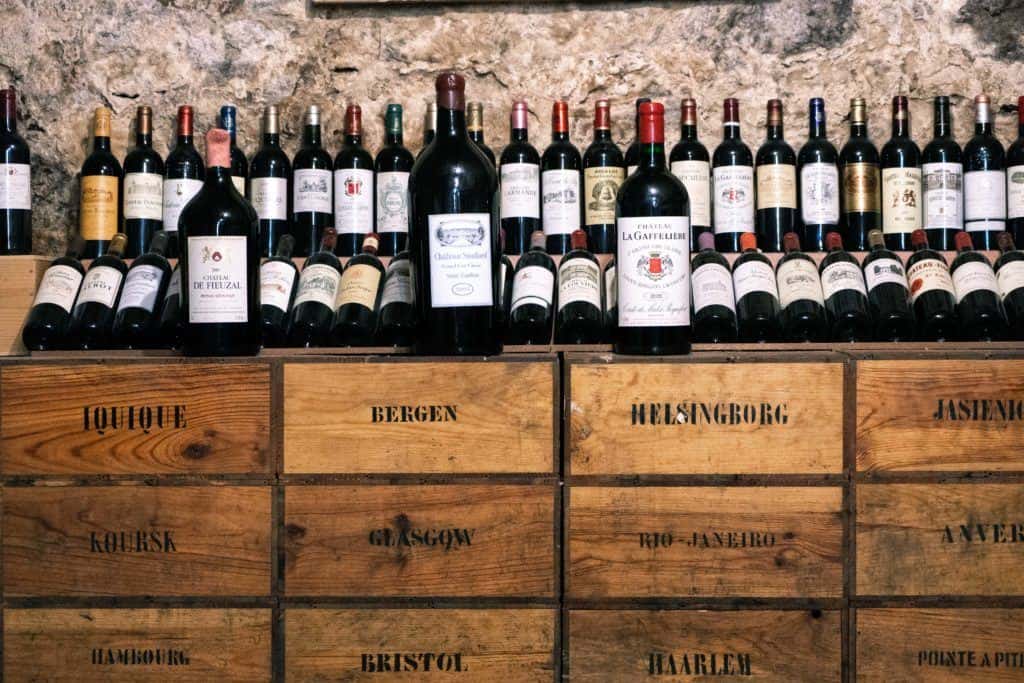 If you’ve ever tasted Bordeaux wine, then no doubt it was likely made using the rich Merlot grape. Typically early-ripening, this grape produces low-acid, smooth, deep-red wines. Largely grown in Saint-Émilion and Pomerol areas of Bordeaux, the wines contain flavour notes of figs and red fruits.

This local variety is typical of Bordeaux and is usually early-ripening. Delicate in its structure, Cabernet Franc provides hints of violet and variety. This grape is typically used as a secondary blend and never really makes up most of the final wine blend.

Late ripening, Cabernet Sauvignon provides a flavour palate of liquorice, black fruits. The later-ripening of the grape means that it produces plenty of tannins and is largely grown in the Médoc and Graves area of Bordeaux. 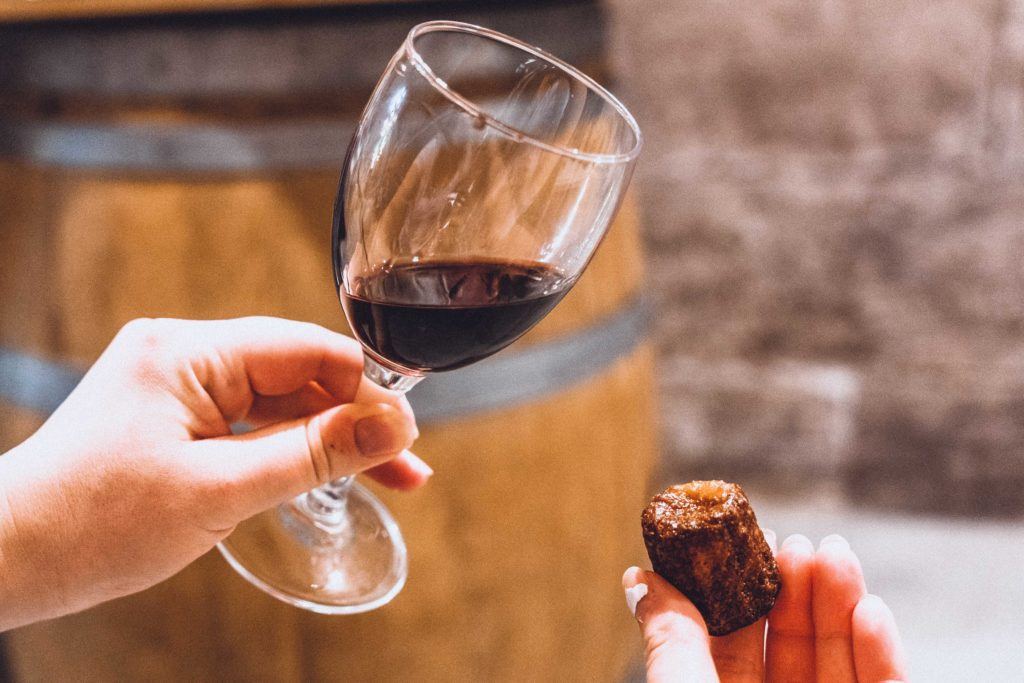 King of the sweet whites, this grape is also used in dry white wines as well. Known for growing noble rot (a grey fungus forms on the grapes, and in dry conditions, partially dries the grape, leading to a sweeter blend), the flavour palate of Sémillon is apricot and honey aromas.

A unique feature of Bordeaux wines is that they’re blended, meaning that a combination of grape varieties are combined to create unique flavour palates. Muscadelle is typically used as a secondary grape variety (due to its fragility) when it comes to creating certain dry white wines from Bordeaux.

My drink of choice (due to its abundance in bars and restaurants across Europe), Sauvignon Blanc produces dry white wines that are typically crisp and fresh. Notes of citrus, fig leaves, and wood can all be found within this variety. 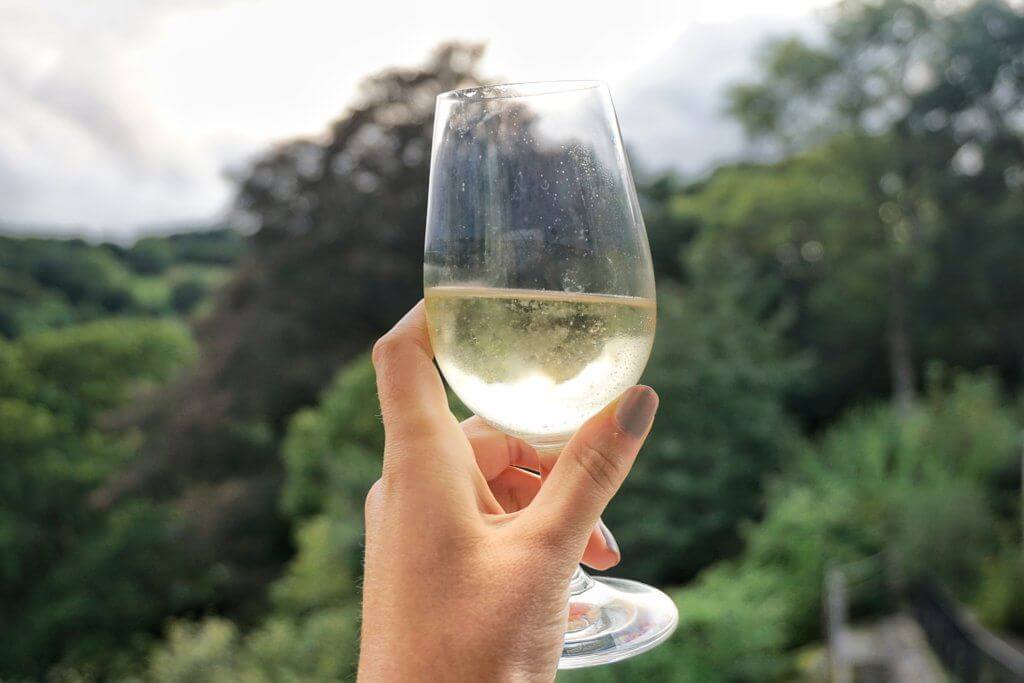 While there’s no denying that Bordeaux is best known for its rich and full bodied reds, there are also several easy drinking and more sophisticated rosés from Bordeaux that you’ll want to try on your next French adventure.

Despite what you might think, there are actually several ways to create rosé. While the obvious choice would be to blend white and red varieties, this technique is not as common as one would expect. Instead, many rosés, including rosé from Bordeaux, is created by lightly pressing red grapes for just 4-8 hours.

A sweet dessert-style wine, this is a slow sip wine that clocks in with an alcohol percentage volume of 17%. Known under French law as an ‘aromatised wine’, Lillet is produced in Podensac in the region of Graves. The aperitif is created using an 85% of Bordeaux wines and 15% of macerated liqueurs, typically of the citrus variety. 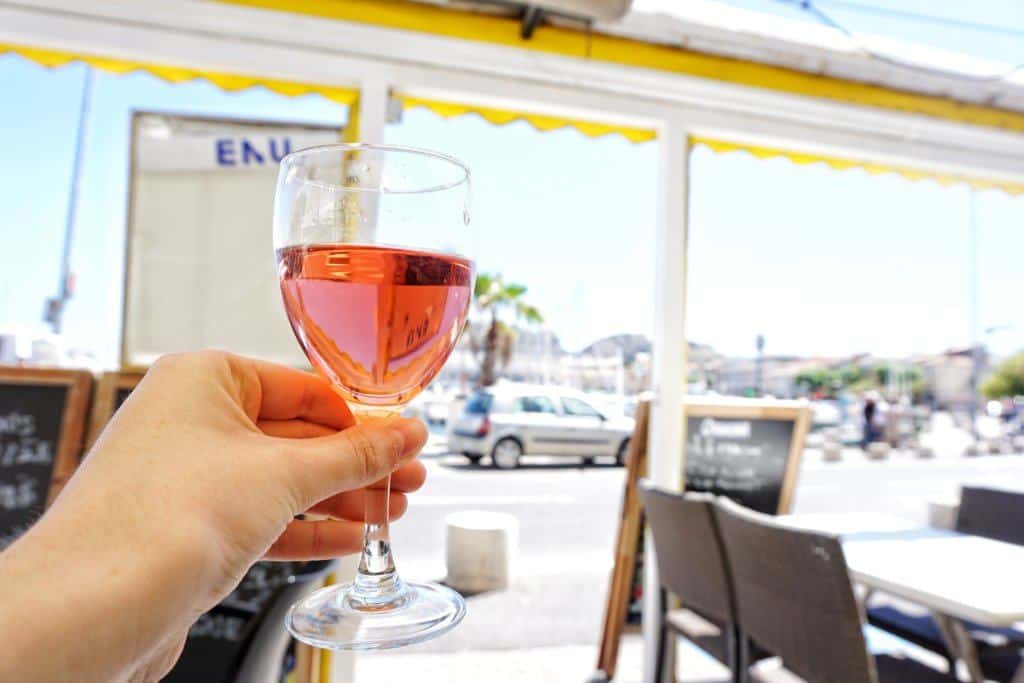 Opened in 2016 by the President of France, the Cité du Vin (City of Wine) lies alongside the banks of the River Garonne and is a metropolis of glistening buildings, all dedicated to the history and culture of wine in Bordeaux. Featuring exhibitions, shows, and wine tastings, no visit to Bordeaux would be complete without checking out this museum. To visit the Cité du Vin, purchase your tickets in advance here. 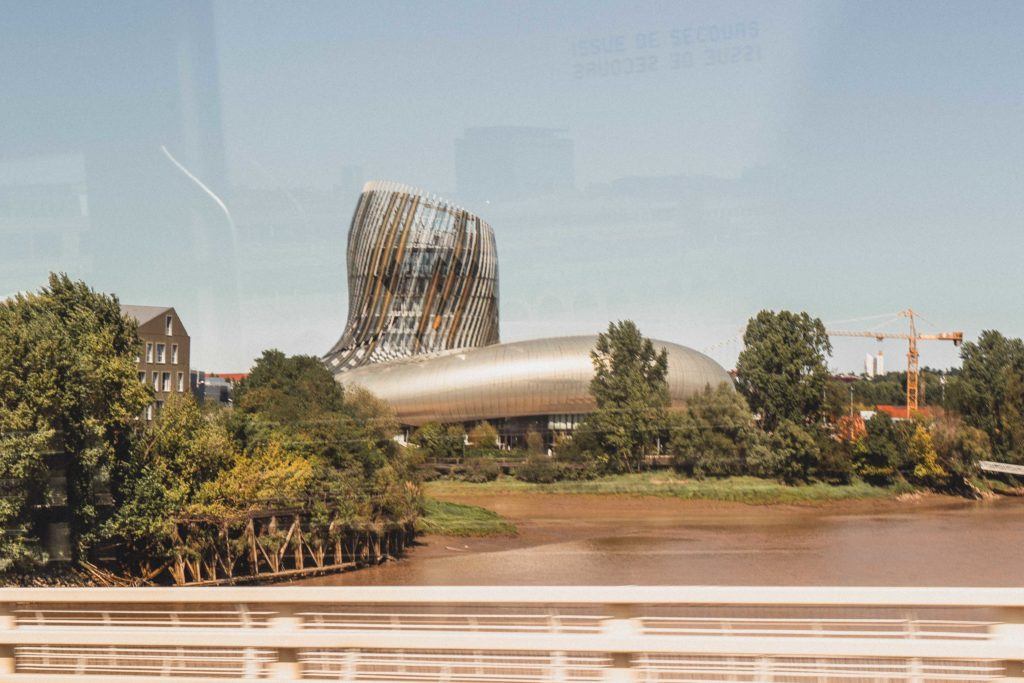 A little off the beaten path and less well-known than the Cité du Vin (despite being much older), the wine museum of trade and commerce can be found in the historic Chartrons district. One of the best hidden gems of Bordeaux, this museum is housed within the former cellars of Louis XV’s wine vendor.

Set against the backdrop of centuries-old bricked cellars, the museum is part exhibition space, part museum, demonstrating the history of winemaking through film, text, and artefacts. Truth be told, the best part of the visit is that, included in the visit, is a wine tasting at the end.

This intimate affair is typically just a few people, involves drinking plenty of samples and learning all about wine from the Bordeaux region from a knowledgeable local expert! For more information, including opening times and prices, check out the Musee du Vin’s website. 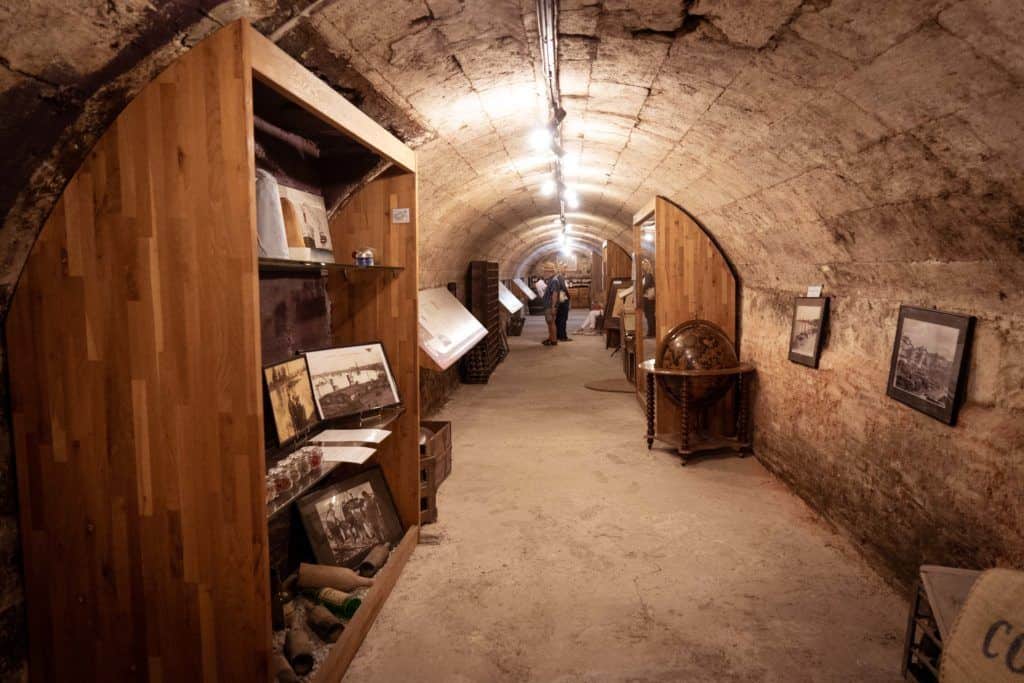 Bordeaux wine tours are par for the course when it comes to true wine experiences in Bordeaux. For those looking for a fairytale town surrounded by mountains and set against the backdrop of a hundred vineyards, Saint-Emilion is the place to go.

Though you can opt to stay for a longer break, if you’re short on time then a day trip from Bordeaux to one of the most famous wine villages in France is an absolute must. While it’s always possible to plan an independent day trip from the city, there are a plethora of organised group tours that take away all the stress of bookings, planning and preparation.

This half-day wine tour lasts for four hours and includes a walk-around tour of the historic town of Saint-Emilion, as well as a tasting n a Classified Growth Chateau of St Emilion. For those with a little more time on their hands, this day trip from Bordeaux wine tour lasts a full day. 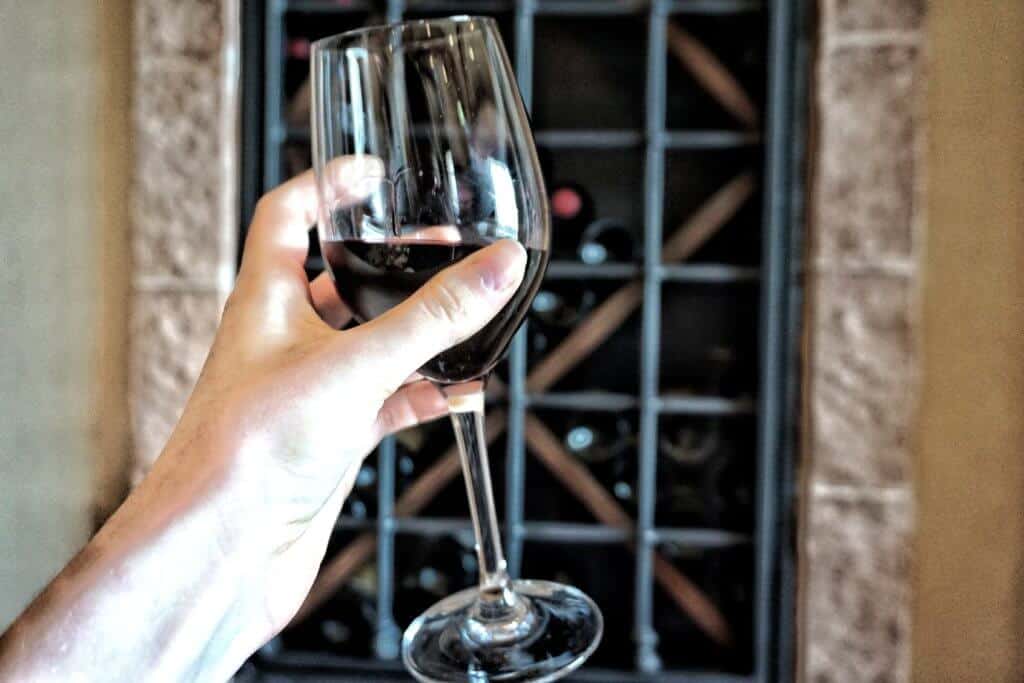 One experience that quite literally screams a unique experience in Bordeaux is taking one of the many Bordeaux winery tours available in the region. Though a little less known than Saint-Emilion (while, admittedly, still world-famous!), the Medoc region can be found to the North East of the city, close to the Atlantic Ocean.

This half-day trip to the Medoc region lasts three and a half hours and includes four wine tastings and a visit to two French Château. Also included with the tastings is the opportunity to sample a platter of local French appetizers… Did someone say santé? 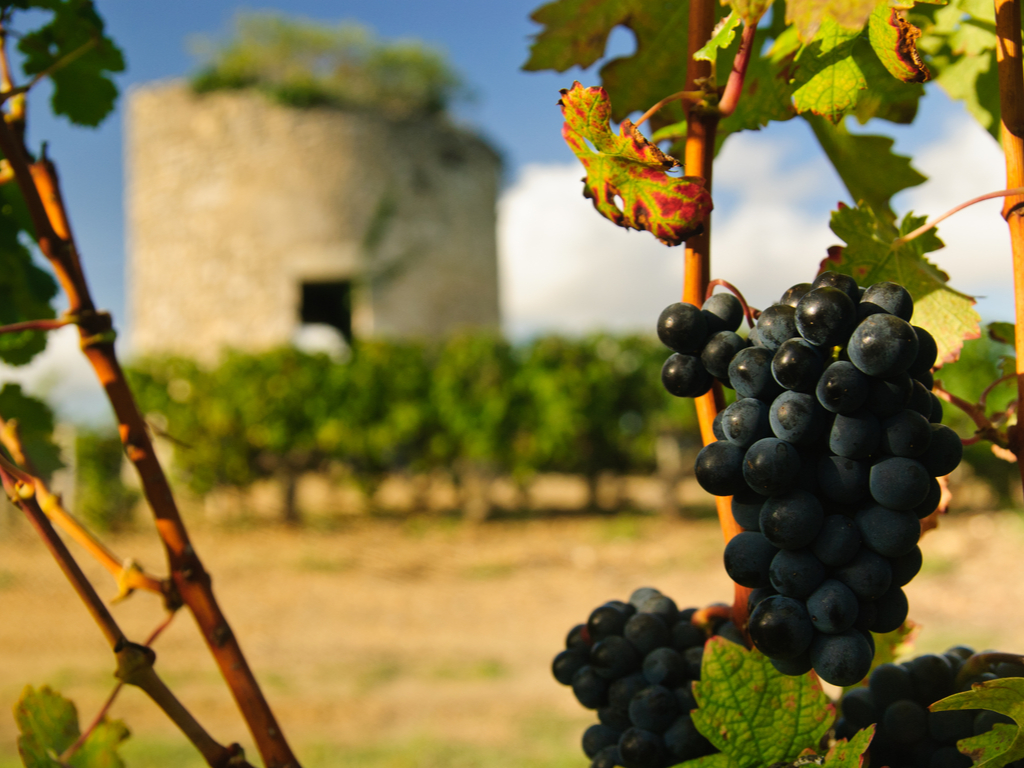 There is perhaps no better way, nor perhaps more romantic experience, than to enjoy the riverside views that Bordeaux has to offer than by taking a cruise along the banks of the River Garonne, a waterway that links the city to many other cities in France, including the prune city of Agen and the Pink City of Toulouse.

This wine tasting cruise includes a brief history of the Bordeaux wine growing region, as well as the city itself. Included on this two-hour cruise is the opportunity to sample some regional wine. In truth, the best aspect of this riverboat tour, aside from the wine, is the chance to glimpse the beautiful architecture of Bordeaux from another perspective. 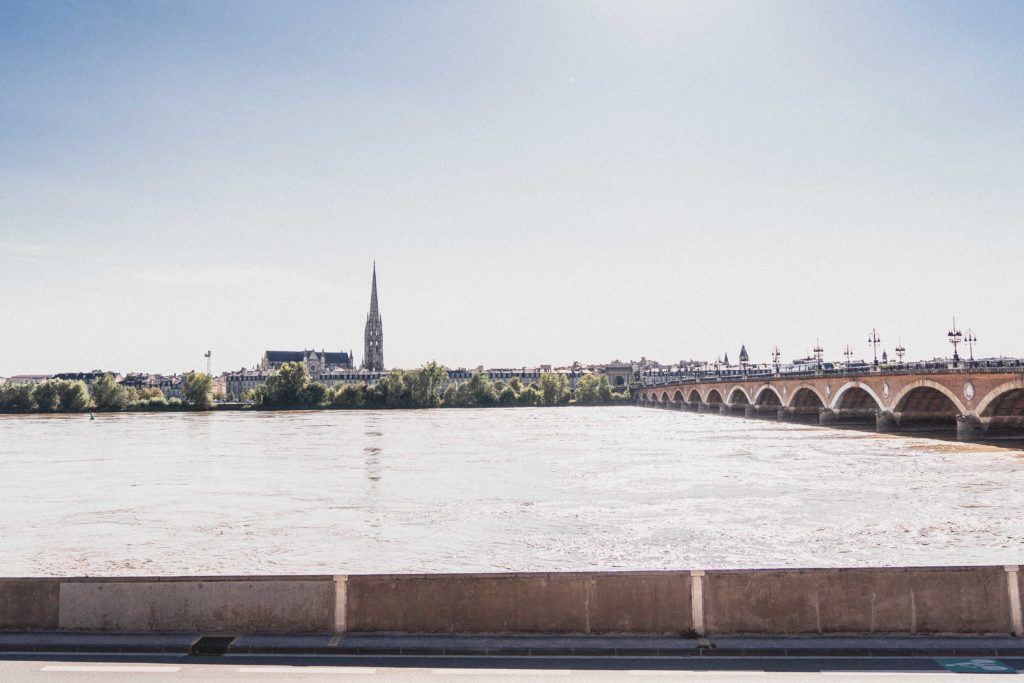 Of all the wine things to do in Bordeaux, for those who are seeking out local experiences, this Bordeaux walking tour combines elements of local history and culture with wine tastings. Included in the experience is a wander around the city with an experienced guide for two hours, as well as a ticket for two wine tastings. So what are you waiting for? Go out and get to know Bordeaux from a local’s perspective… 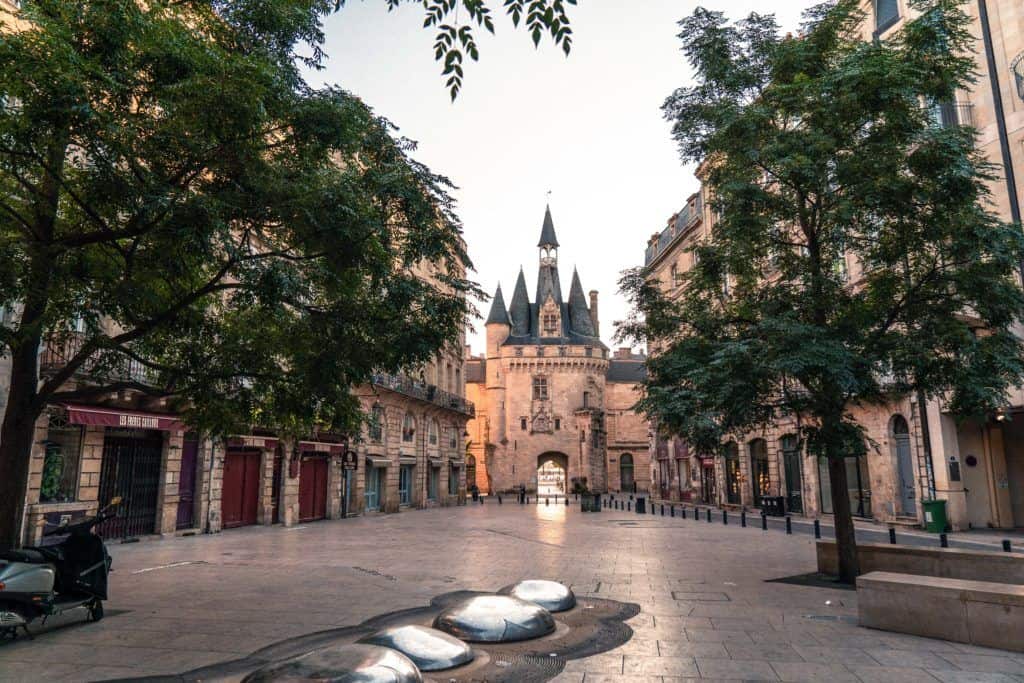 Of all the wine experiences to be had in Bordeaux, one of the most chic is to go for a sumptuous glass of wine in one of the best venues in town. Set within the 19th-century built ‘Flatiron’ building of Bordeaux, the bar is easily one of the top places to visit in Bordeaux.

On the menu, you’ll find a variety of rich reds, sweet whites, and crisp rosés. The interior of the bar is as much of a feast, only this time for the eyes. After all, stunning stained glass windows beam down on diners and drinkers alike.

Whether you’re planning a weekend in Bordeaux or are looking to stay in the city for a longer period of time, you surely won’t be disappointed. As one of the largest cities in France, there’s no shortage of foodie experiences, cultural attractions, and day trips to be taken from the city.

Whatever the time of the year you visit, there are a few essentials you’ll want to pack in your suitcase! A universal travel adapter like this one is essential if you want to keep your things charged on the go. Otherwise, note that while English is widely spoken, it’s only polite to learn a few words of the local language, in this case, French. Bring along a French phrasebook like this one to help you get by. 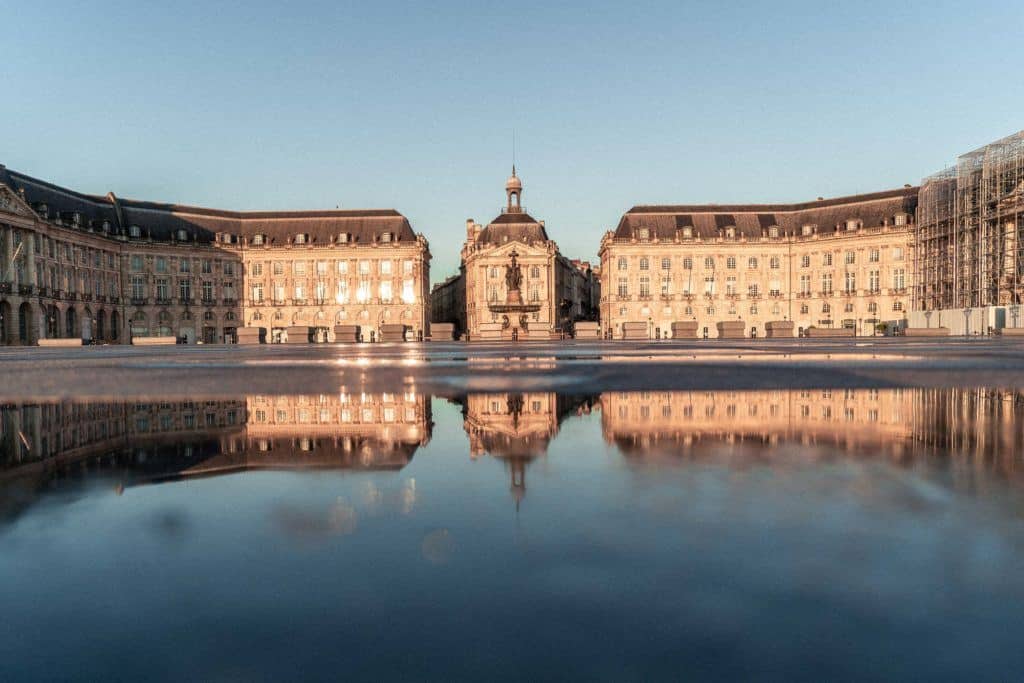 For those who are thinking of visiting multiple attractions and museums in Bordeaux (as well as using the public transport system while in the city), you might want to consider purchasing a Bordeaux Metropole City Pass for 24, 48 or 72 Hours.

Set at different price points for depending how long you want to use the card for, this pass includes access to all of the city’s main museums, as well as public transport, and free entry to the Cité du Vin before 12. Check Bordeaux Metropole City Pass prices here. 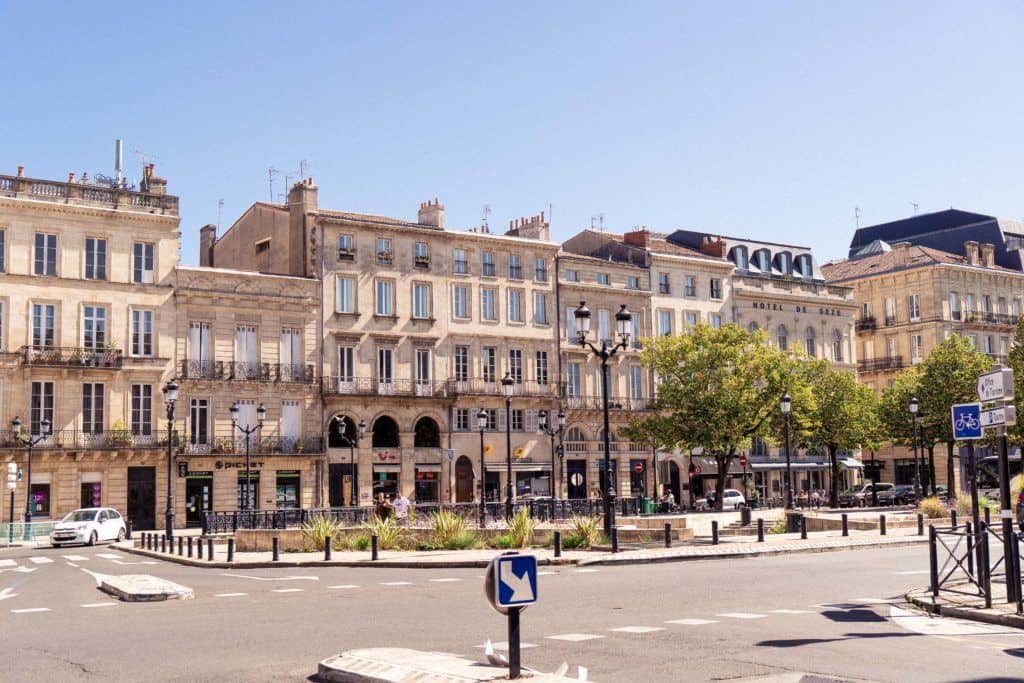 Although Bordeaux is not France’s most popular tourist destination (that title is obviously awarded to the French capital city of Paris!), finding a place to stay can still be tricky, especially during weekends, holidays, and when special events are on.

For example, when I visited Bordeaux for a last-minute getaway in September, we had trouble finding a room as a marathon was taking place that weekend. As such, I recommend booking your stay well in advance. Check the best Bordeaux accommodation rates here. 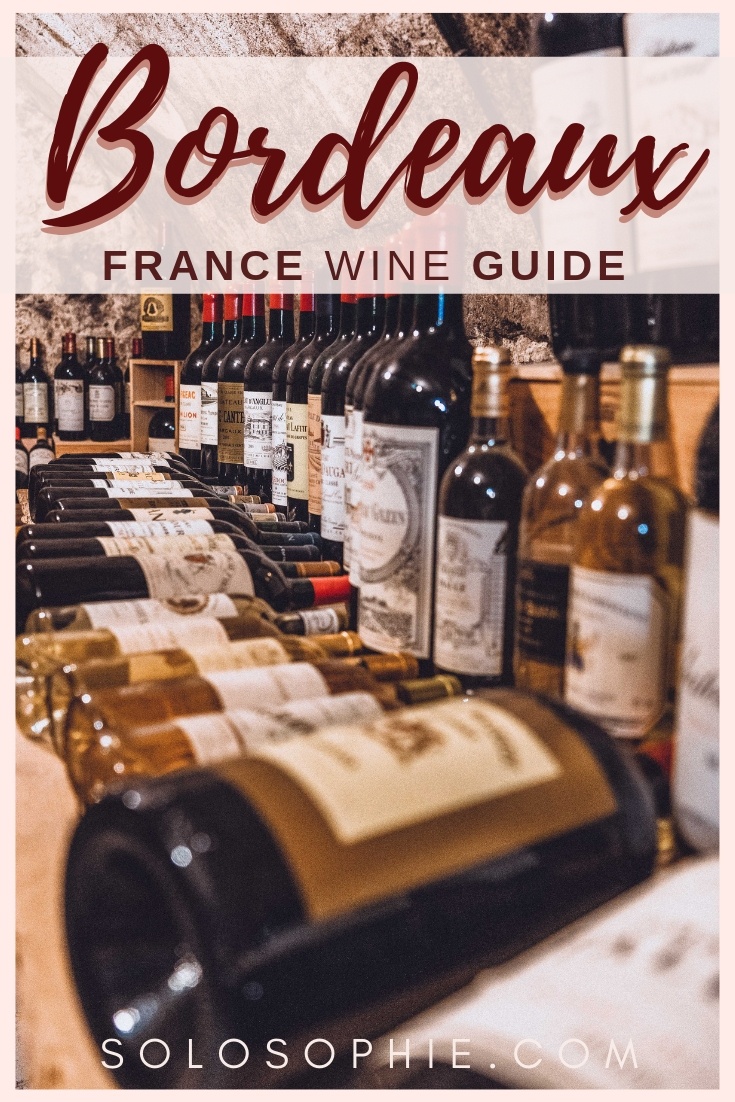 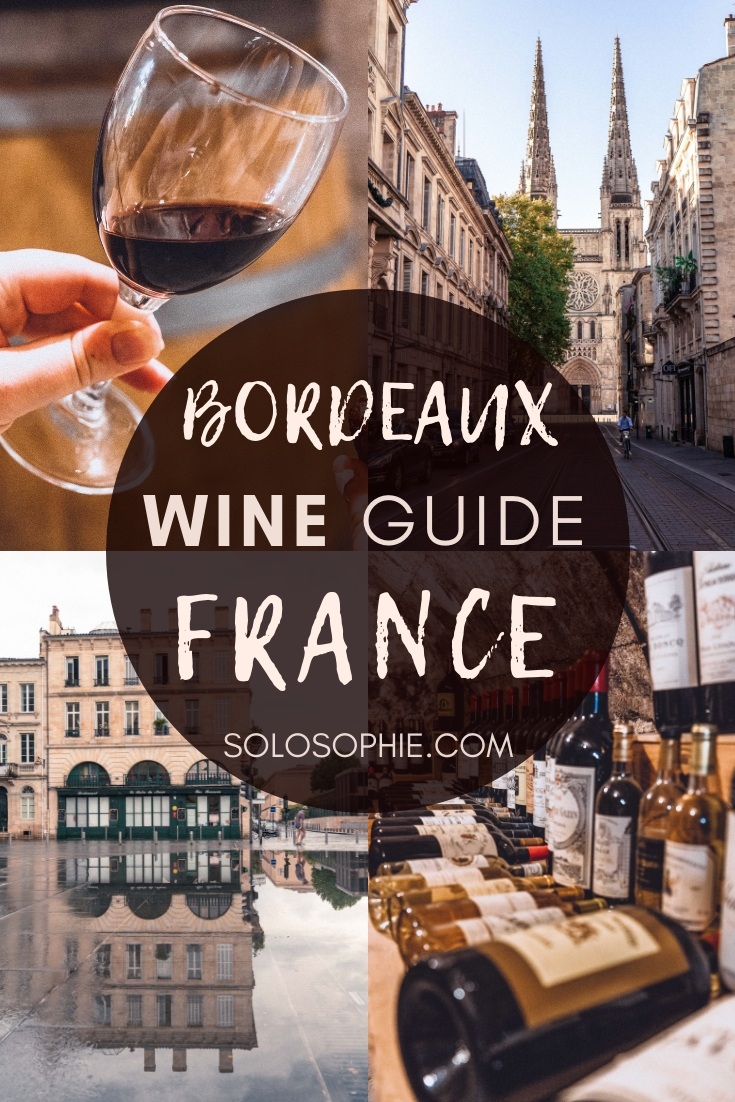 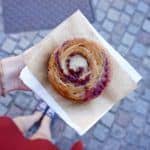 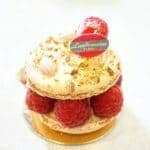 LOCAL DELICACIES: HISTORY OF THE MACARON 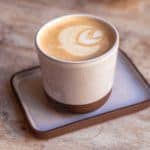 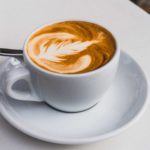 Everything You Must Know About a Traditional & Typical French Breakfast
652 shares
Click here to cancel reply.