Situated a little inland from the sea on the Algarve coast of Portugal, the charming and historical town of Silves is a must-see for architecture lovers and history buffs alike. Best seen over the course of a long afternoon so as to enjoy all that the city has to offer, here’s your guide to the best things to do in Silves, as well as travel tips to know before visiting.

What is Silves known for?

Founded by the Romans, Silves is the old capital of the Algarve. During the time of the Moors, from the 9th to the 12th centuries, Silves was a key trading city and today many vestiges of its strategic importance remain.

Visit now and you’ll soon discover that Silves has the best-preserved castle from the Middle Ages in the Algarve. Thanks to the sheer amount of history remaining in the town, as well as the fact that it is set further back from the coastline, a trip to the city is also an entirely different experience than a visit to anywhere else in the Algarve.

Best things to do in Silves

Of all the things to do in Silves, by far the most popular attraction is that of the ‘Castelo’ (which is known as Castle in English). Constructed atop of the highest point in town, the castle dates all the way back to the Middle Ages and is widely touted as the best example of Arab military architecture in Portugal.

Perched on a hillside which overlooks lush green vineyards, olive groves, and the glittering sea of the Algarve coastline, there has perhaps been a fortification on site since as early as the 2nd century BCE.

Inhabited by the Romans, followed by the Visigoths, it was the moors who truly expanded the castle, making it what it is today. Entrance to the castle grounds costs just a few euros per person and, as well as offering a beautiful garden inside, there is the view of the city to enjoy, as well as a restaurant serving local food and drink.

If you’re looking to delve deep into the history of Silves, then it’s worth noting that you can buy combination tickets at the museum or the castle which will give you entry to both Silves attractions.

The archaeological museum can be found directly opposite Silves Cathedral and showcases the history of the city dating back to the 2nd-Century BCE right up until the present day. Though fairly small in size, particular highlights include an ancient well, as well as further information about the wider Algarve region.

Once the site of a Mosque, the Cathedral of Silves is surrounded by palm trees and can be found directly below the ancient castle and is a steep walk up from the city gate. The Cathedral is built in the Gothic style and dates back to the Middle Ages.

Unfortunately, unlike many other churches in the region, the Cathedral is not open to visit all of the time and so, during our visit, it was only possible to admire the Cathedral’s whitewashed exterior. The best view of the cathedral can be found from along the castle’s ramparts.

One of the most impressive historical sites in Silves is that of the Portas da Cidade. This city gate was constructed at some point during the 12th or 13th centuries and would once have been the main entry to the city during the time at which it was completely encircled by city walls.

Those who want to glean a better view of the city would do well to climb the set of steps (for free) that are attached to the city gate in order to get a bird’s eye view of the main town square (Largo do Município) and beyond. Directly below the city gate, there is a portion of medieval pavement that remains from the 14th-century.

Since we had already enjoyed a tasty lunch in Monchique, we simply visited Silves with the hope of experiencing some local architecture and history, as well as enjoying a coffee and some typical Portuguese pastries.

Café DaRosa can be found directly next to the tourist information office on Largo do Município and overlooks a sprinkling fountain as well as the historic city gate. The interior of the coffee shop is decorated in quintessential Portuguese tiling, while the exterior offers a lovely sun-soaked terrace during the warmer months of the year.

I particularly recommend opting to sample the Pastel de Nata pastry which is particularly tasty. Those who are feeling a little more peckish should note that salads and sandwiches are also on offer.

Those who are particularly interested in delving deep into the history of the region would do well to discover one of the top hidden gems of Silves, which can be found on rua da Cadeia. For it’s here that it’s possible to see the remains of the Medina wall and Barbican.

The Xlib Medina finds its roots in the Almohad times and would have been important in the medieval fortifications of the town. Today, there are a few remnants of wall that remain. As well as this, there are pink cobblestones on the road and pavement to indicate where the rest of the structures would have once stood.

If you’re visiting Silves by car from the coastline, then it’s hard to miss the attractive Ponte Romana bridge. This ancient structure is steeped in history and is the oldest surviving bridge in town (though it’s possible that the Romans constructed a bridge which connected both sides of the Rio Arade).

Yet another traditional thing to do in Silves is to head to the Mercado Municipal (traditional market) to purchase local goods and wares. The market at Silves takes place between Monday and Saturday from 7 AM to 2 PM in a building which is typical of the architectural style of the dictatorship era of Portugal. The main produce for sale is food, drink, and related products.

Thanks to Silves’ position among lush green hills which boas countless vineyards, one of the best short excursions to be taken from Silves is to head to a nearby vineyard to sample the local tipple and learn more about wine culture in the Algarve. Some of the top vineyards to head to close to Silves include Rota dos Vinhos do Algarve and Quinta de Mata Mouros.

Discover Silves in Winter (and the Silves Christmas Market)

One of the best things to know about Silves if you’re planning on visiting in the off season (i.e. during winter) is that there is an annual Christmas Market in Silves. This village is typically hosted from the first week of December to the first week of January each year.

As well as traditional Bavarian chalets selling goodies such as Christmas market food and little gifts, there is an ice skating rink. The Christmas Market of Silves is held around the Al-Mutamid square.

Things to know before visiting Silves

If you want to get more information about visiting Silves and its surrounds, then you would do well to go to the tourist information office where the staff are helpful and the information is available in abundance. There is also the possibility to buy guides for the local area. Those who enjoy exploring with the help of a tourist map can pick one up for 50 cents.

While parking shouldn’t be a problem in the European shoulder seasons, nor the off-season (i.e. winter), parking your car may well pose a problem in high season (from June to September) when the town gets particularly busy. Your best option is the large car park on the South Western outskirts of the old town.

Last but not least, if you’re planning a trip to this stunning destination for yourself, be sure to read our Portugal travel tips guide to help you avoid common travel mistakes that visitors to the South Western European country make!

How to visit Silves in Portugal

Public transportation to lesser-visited spots in the Algarve can be complicated and so I would highly recommend renting a car if you want to head a little off the beaten path. Check here for car rental comparison prices.

While Silves is, by no stretch of the imagination, a non-touristic part of the coastline (there is a train station around 1.5 km away from the old historic town centre), it’s still worth renting a car if you’re looking to explore the region in your own time. I would also suggest that Silves is best seen on the same day as Monchique as both are not too far apart from one another.

Alternatively, if you want to have the transportation details taken care of for you, then there are multiple guided day trips to Silves from various towns along the Algarve. For example, you can book a Half-Day Winery Tour and Silves from Albufeira like this one. Alternatively, those wishing to visit both Monchique and Silves can book this tour.

How many people live in Silves?

The touristic areas of Silves are generally as safe as other European destinations. With this being said, pickpocketing can happen all over Europe and so you should never leave your valuables lying around or unattended. I also recommend always wearing a crossbody bag like these ones.

Free things to do in Silves

While the castle itself is not free to enter, the castle can still be admired from its exterior. Other free things to do in Silves include visiting the cathedral and wandering around the streets of old town Silves.

Enjoyed reading about the best things to do in Silves? Pin this article now, read it again later: 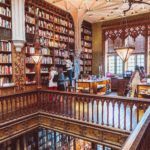 Livraria Lello: Is this the Most Beautiful Bookshop in Porto? 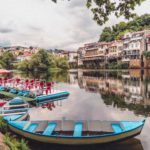 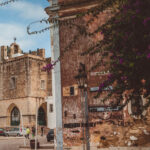 A Guide to the Best Things to do in Faro 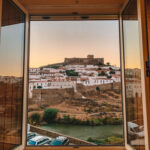