A Guide to the Best Things to do in Nemours

A quaint market town with roots dating back centuries and boasting the claim to be home to the only centre of town chateau in the Île de France region, Nemours is around an hour away from Paris by train and is a sheer delight. Here’s a guide to the best things to do in Nemours, as well as things to know before you go, and how to visit as a day trip from Paris. 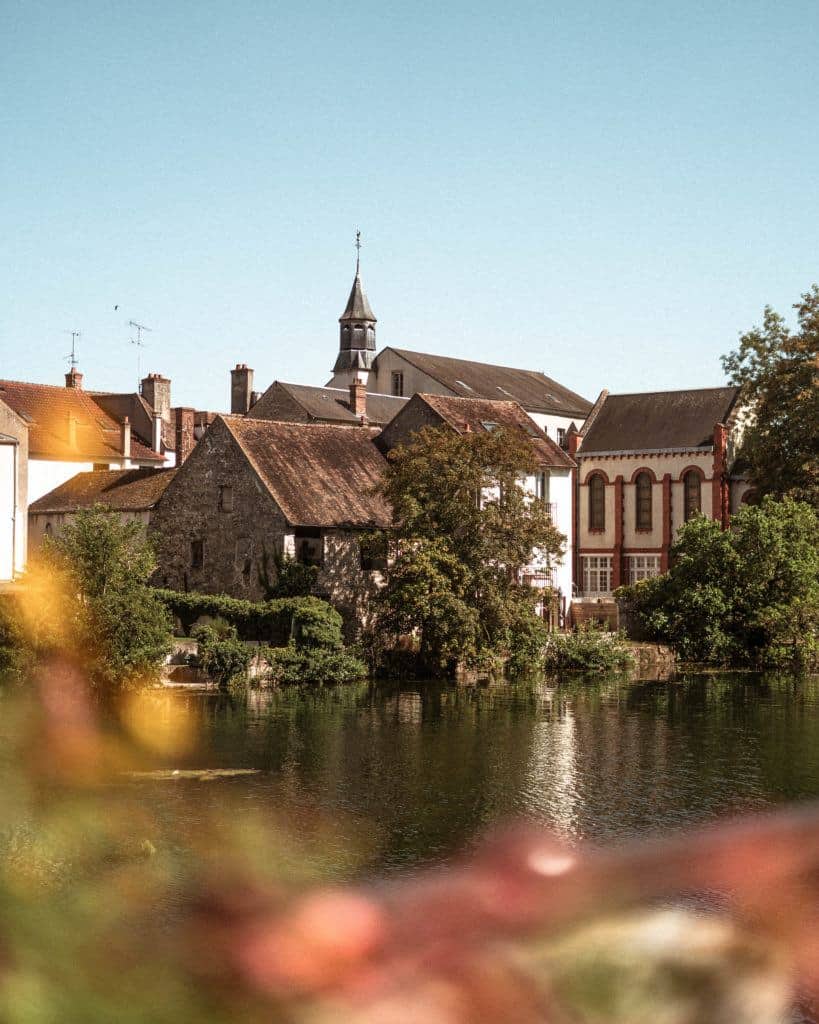 A brief history of Nemours

Located along the Loing river, the area where Nemours now stands has been occupied since at least Gallo-Roman times (when it was known as Nemoracum), with remnants from this time period found in the surrounding area. Most interesting regarding the history of Nemours is that it lies in an area which was highly disputed between the English and French during the Hundred Year War.

In fact, the town was captured by the English in 1420 and remained in English hands up until 1437. Though important during the Hundred Year War, the town rose to true prominence when the estate was handed over by King Francis I to the House of Savoy.

By the 17th-century, the Château had been acquired by Philip of Orléans, younger brother of Louis XIV (i.e. the Sun King of Versailles). The Château’s tumultuous history means that the architecture of the structure you see today is an unique blend of Gothic meets Renaissance. Nearby, you’ll soon discover historical intrigues such as the remains of an old toll bridge which was washed during floods and he remains of a church dedicated to Notre-Dame. 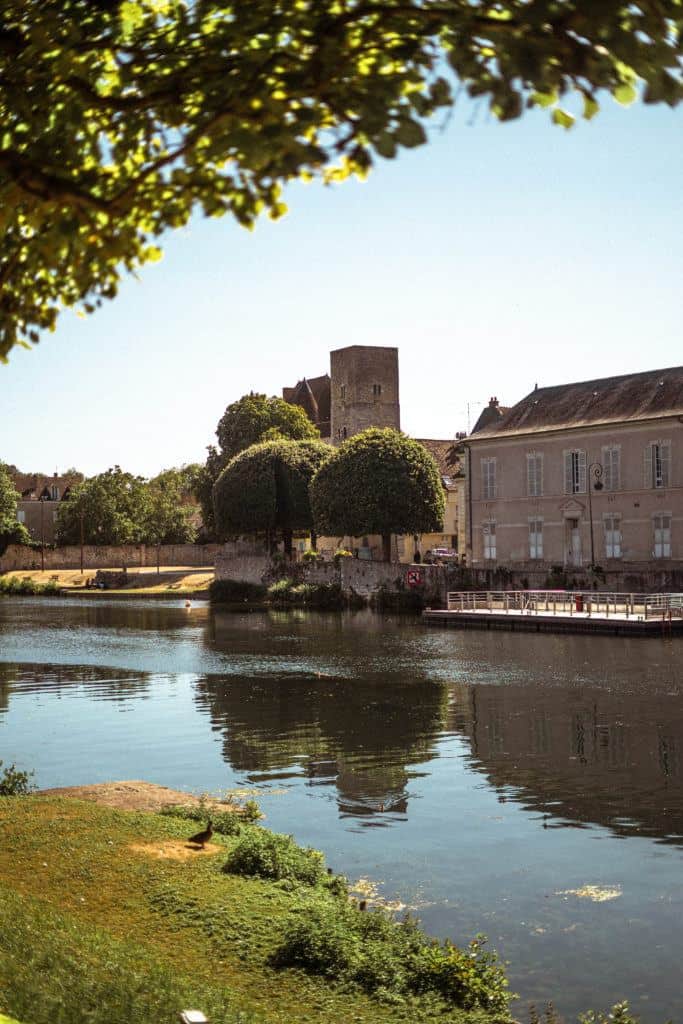 Truth be told, the main highlight of Nemours is the imposing and medieval Château which is flanked by the River Loing on one side and the town of Nemours on the other. Now operating as a museum which you can visit yourself, those wishing to delve deeper into the history of the structure as well as the surrounding area can book a guided tour for a small fee.

Otherwise, you can also take yourself on a self-guided tour. Unfortunately, due to health and safety reasons, only around a third of the Château is open to visitors, though there is still a fair amount to see considering the entry price. Should you opt to take the guided tour, you’ll also be able to see the historic dungeons, where prisoners were held right up until the 17th-century.

The Château itself was constructed during the 12th-century under Gautier I and appears as if it has been plucked straight out of a storybook. Square in shape and featuring four distinctive turrets, the fortification was actually constructed in three parts.

During the French Revolution, the Château became the property of the town and was used for various activities before being transformed into the museum you can see today. One of the most interesting aspects of the Château is that it is built with the same stone as that of the Sacré-Coeur Basilica in Montmartre, Paris. The limestone is quarried locally and is pretty special in that it reacts with rainwater, creating a kind of ‘self-cleaning’ effect. 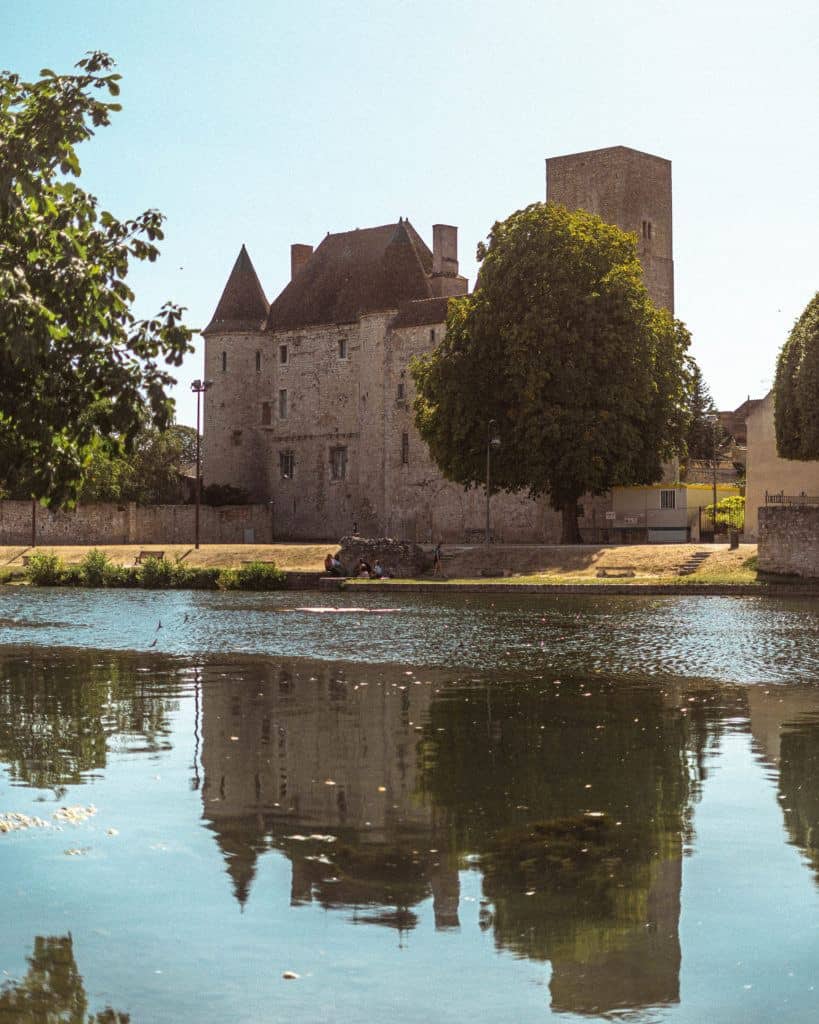 For fans of history, a visit to the prehistory museum of Nemours is an absolute must. Situated on the fringes of the historic town, the museum features collections of historic artefacts and displays from 500,000 BCE to the 1st century BCE.

Situated alongside the river, Nemours church is a beautiful example of 16th-century. There has been a church on site since the 12th-century, when an ecclesiastical building was constructed at the behest of Gautier I to act as a home for a relic of Saint Sebastian.

Today, the porch tower remains the only part of the original structure still standing. Unfortunately, the first church was destroyed by a fire (as were so many during the Middle Ages) and so the Church of Saint-Jean-Baptiste was reconstructed during the 16th-century, being consecrated in 1595.

The current stained glass windows and interior furniture date from the 19th-century. For the best view of both the Château and main town church, you need to head over the late 18th-century ‘Grand Pont’ which was inaugurated by Pope Pius VII in 1804. Along the banks of the waterway on the opposing side from Nemours’ main buildings there’s a green space which offers some of the best vistas of the town.

How to visit Nemours as a day trip from Paris

Though you can make a longer visit of your excursion to Nemours, I would personally say that you don’t need more than a day to fully discover everything that the medieval town has to offer. As such, it couldn’t be easier to enjoy the best of Nemours as a day trip from Paris.

Nemours lies in the Île de France region, meaning that you can access the city with your Navigo pass if you have access to one. Otherwise, the regional train departs from Gare de Lyon every hour throughout the day and is a pleasant air-conditioned double decker train.

The train station you arrive at is actually Nemours-Saint-Pierre, which is around a five to ten minute walk from the town of Nemours. When it comes to food options, Nemours has plenty of bakeries and bistros, as well as supermarkets where you can pick up a light bite to eat in the form of a pre-made salad or sandwich.

Once you’re within Nemours, I personally recommend heading straight to the tourist office where you can pick up a guided map of the town, as well as a suggested walking route for free. The tourist office is set against the backdrop of a Renaissance era gateway to the Château and is the perfect introduction to the ambiance of the rest of the town. 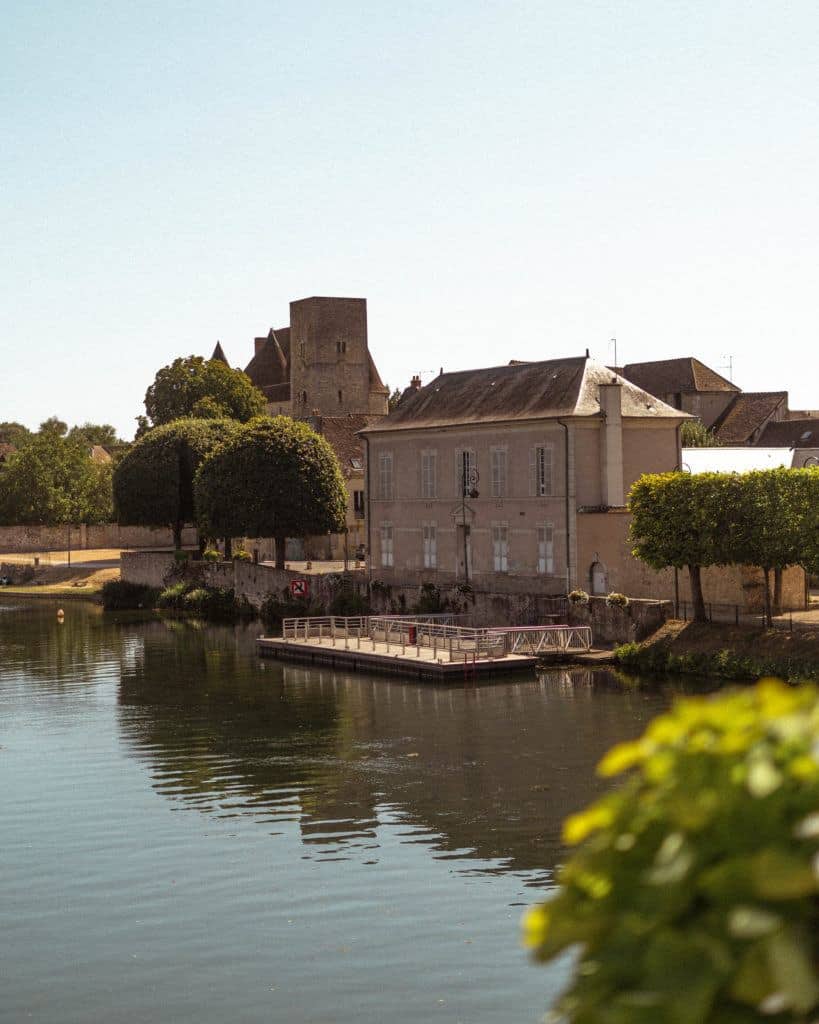 Enjoyed reading this guide to the best things to do in Nemours? Pin this article now, read it again later: 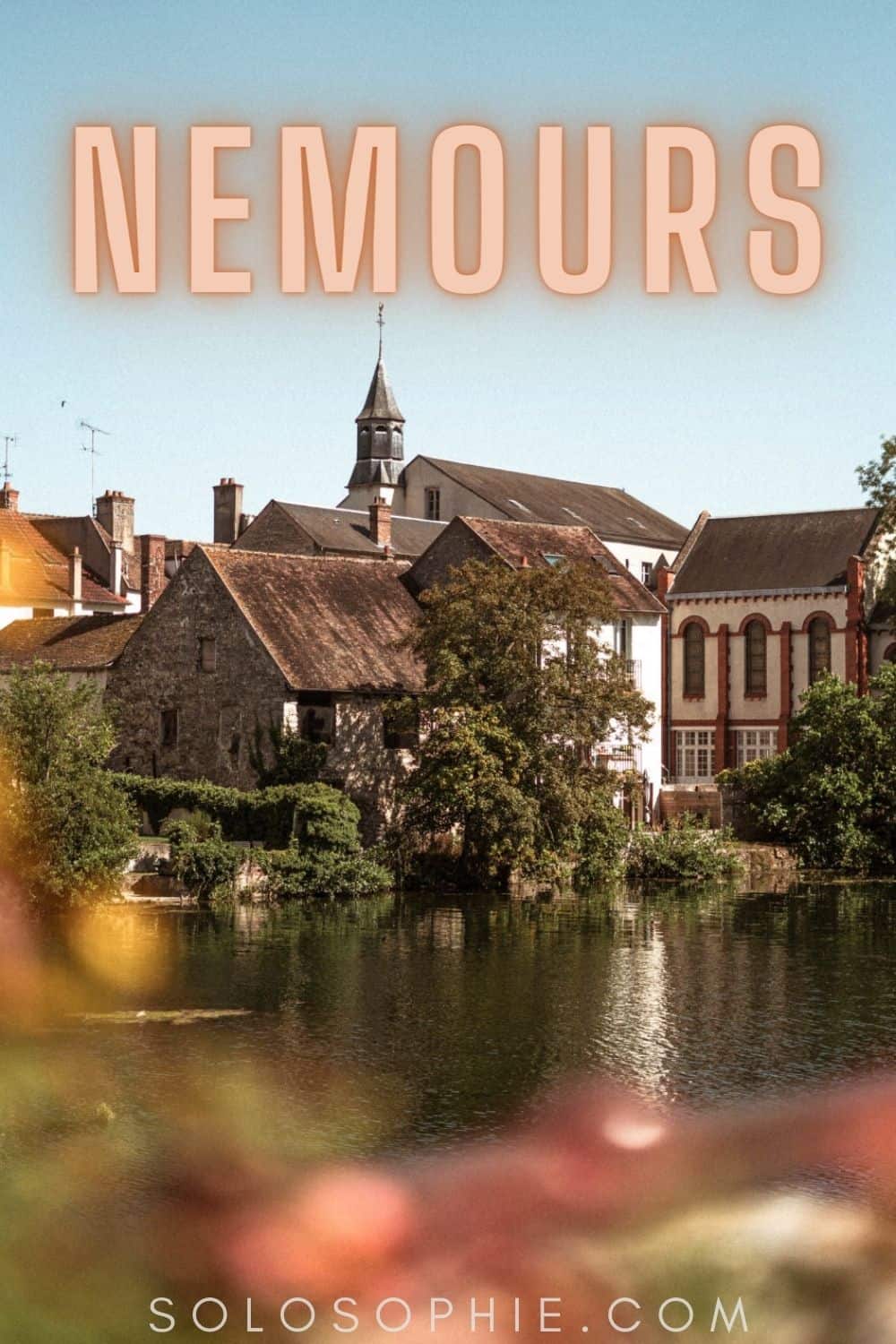 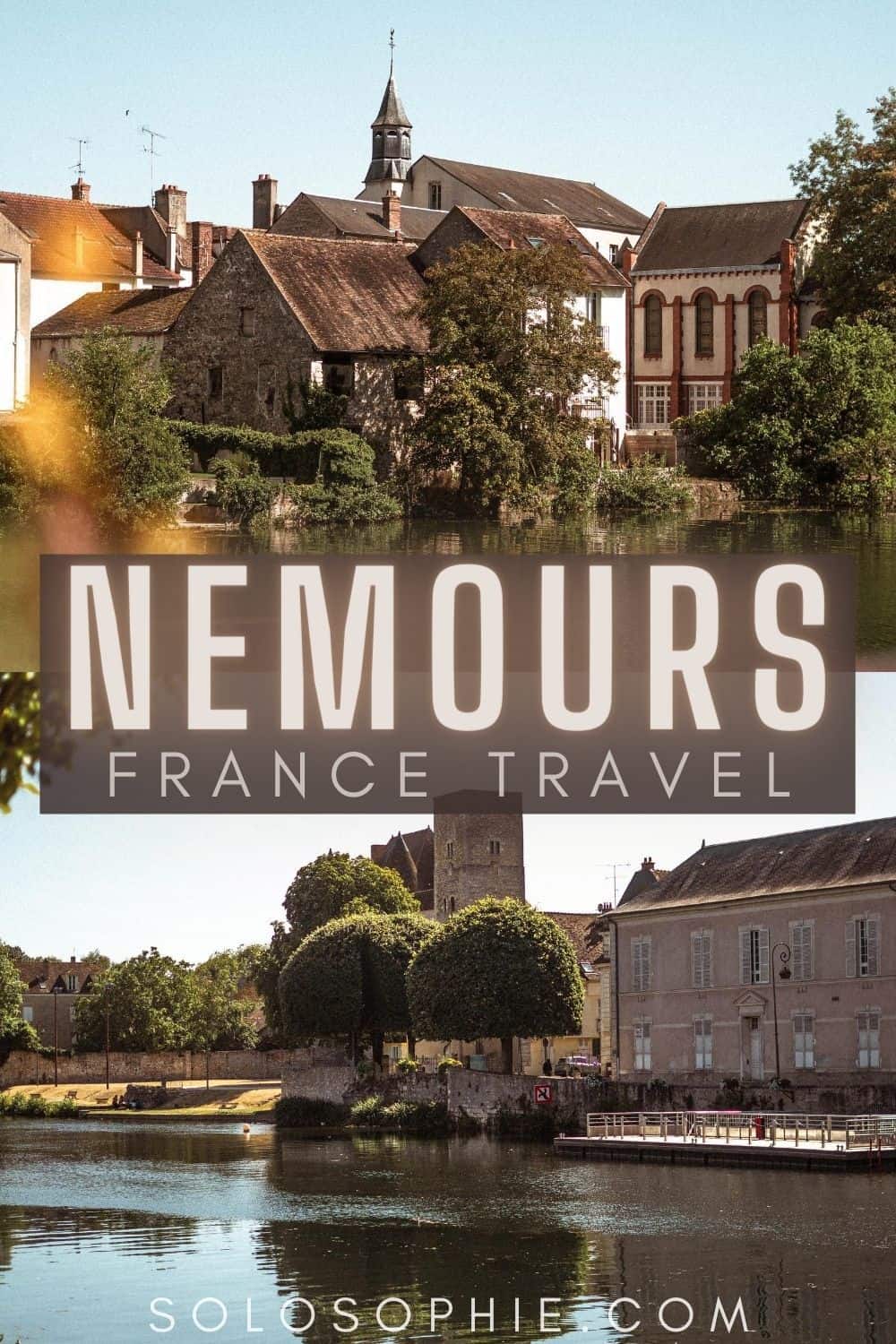 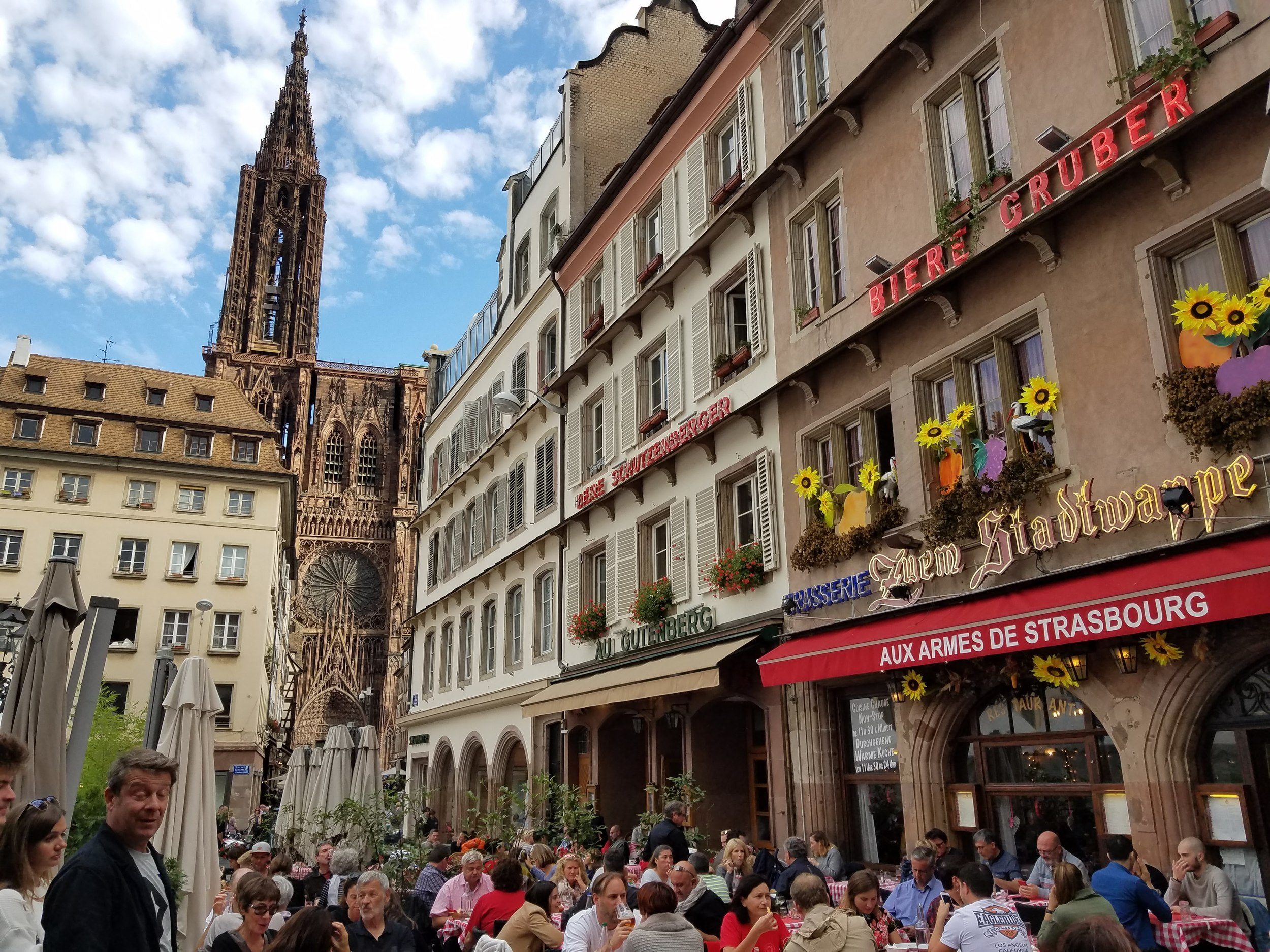 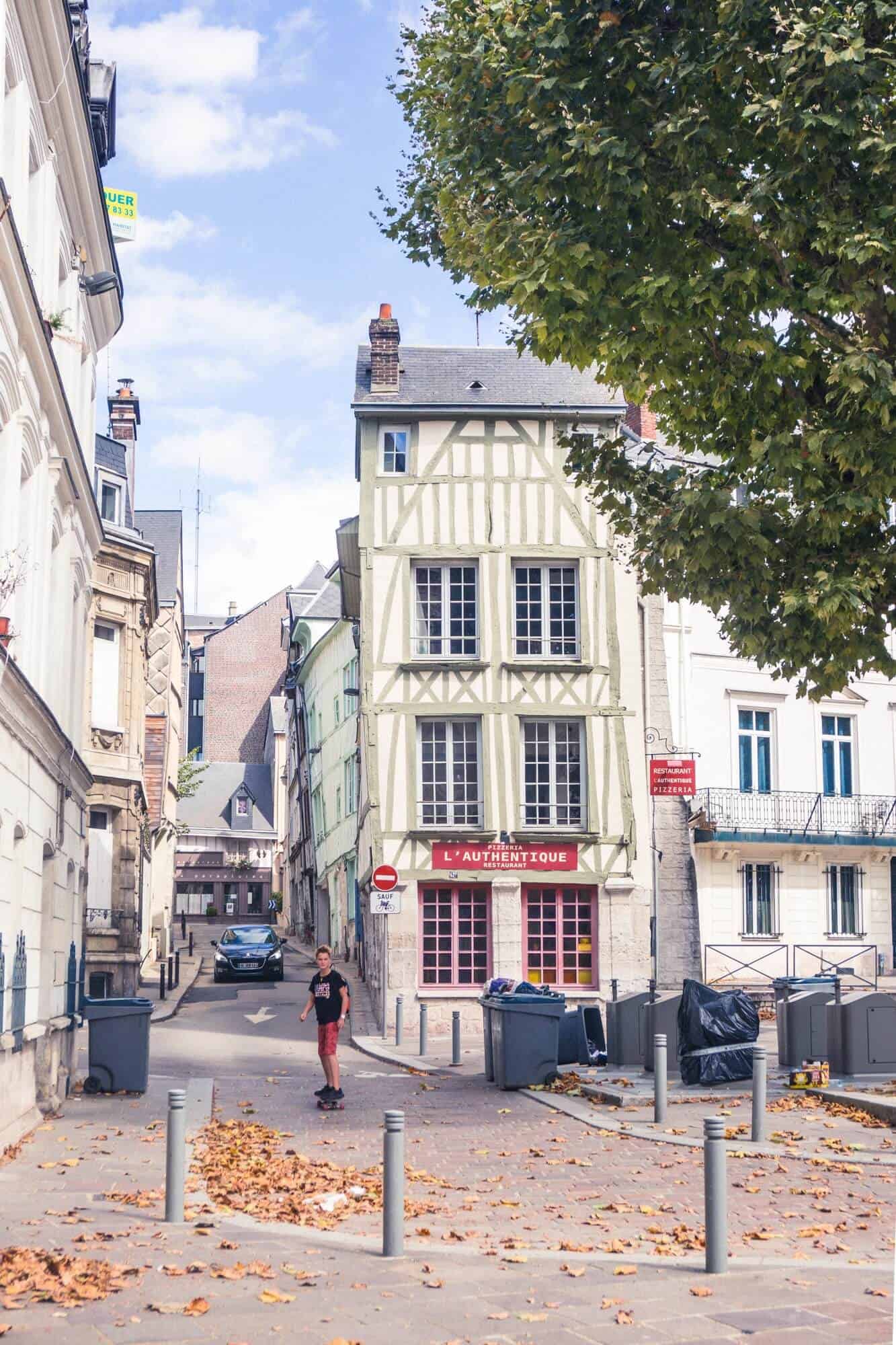 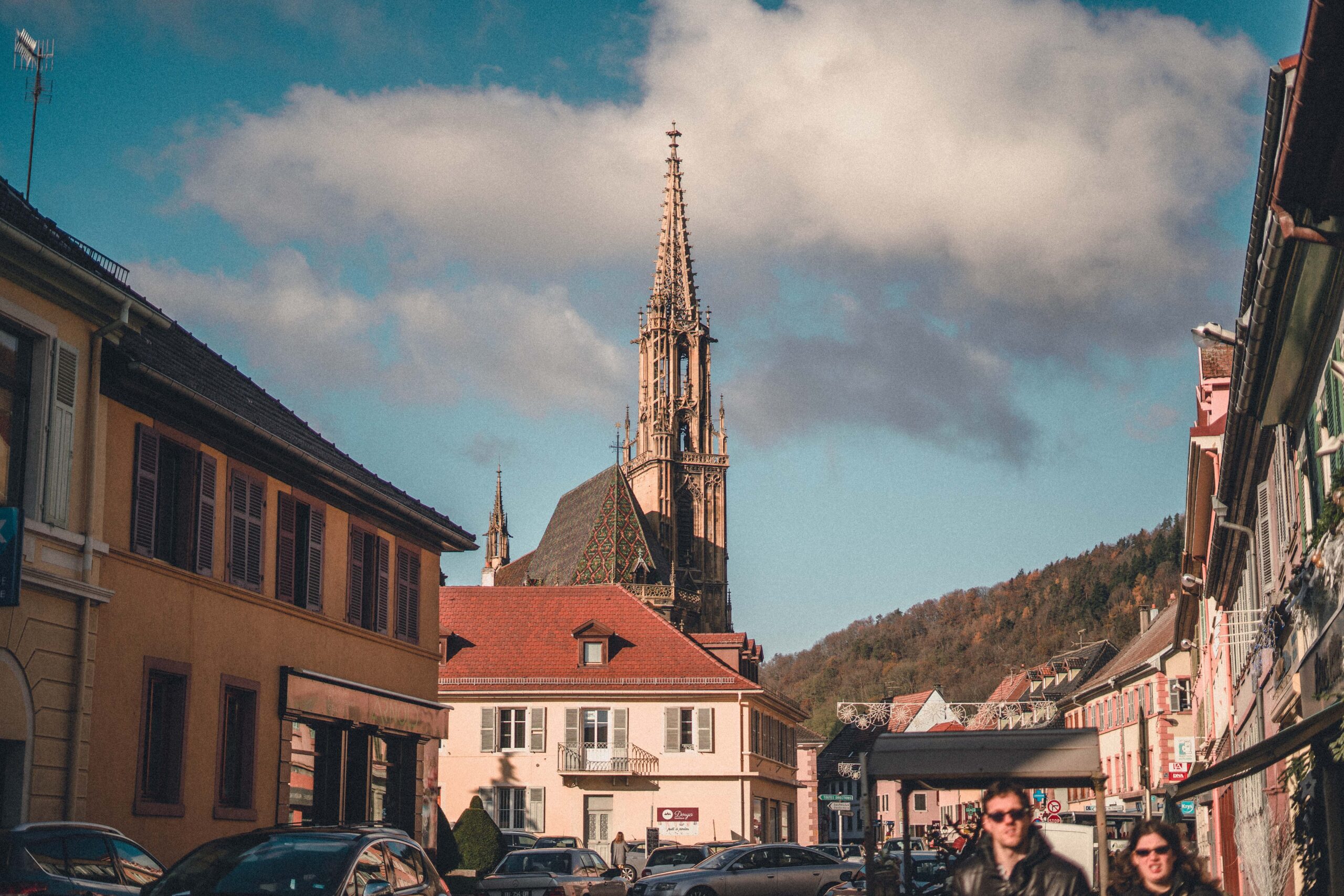