There’s one film that my family and I have made it an annual tradition to watch each and every Christmas time. And that’s Love Actually. Set in and around London for the most part, the movie chronicles the life of numerous strangers whose lives all seem to intersect in some way or another. This feel-good festive film is a celebration of love, life, and London. Here are all of the very best Love Actually Filming Locations in London:

Of all the Love Actually filming locations in London, St Lukes Mews is probably the cutest. Pretty in pastel hues and covered in trailing ivy, St Lukes Mews is easily one of the prettiest Mews Streets in all of London (and is a must-see when you’re in Notting Hill, even if you’re not a huge fan of Love, Actually!)

Perhaps not the most glamorous of locations, Heathrow Airport makes the list because this is where the movie both starts and ends. Heathrow is actually London’s busiest airport and up to 200,000 people depart from here on a daily basis. Chances are, if you’re heading to London via plane, you may well end up passing through Heathrow Airport yourself…

Grand architecture and located in a prime position along the Strand, each year an ice skating rink is set up outside of Somerset House’s grand neo-classical façade. Head here to practice your skating skills and to see the location of several filming scenes of Love Actually.

This sweet little wedding venue features in the film as the location of the marriage between Peter and Juliet. In real life, Grosvenor Chapel is located in the Mayfair district of the city and was built in the 1730s. So iconic is this pretty place of worship, that it inspired many of the architectural designs for churches in New England.

This is where the character Jamie (played by Colin Firth) discovers that his long-term girlfriend is actually having an affair with his brother. In real life, Blenheim Road is your typical residential street with little by way of interesting attractions or things to do.

This smart department store features in the film when Harry (played by Alan Rickman) shops for a gift for his secret lover and secretary Mia, while out shopping for Christmas gifts with his wife.

This is perhaps one of the most amusing scenes in the film as it features Rowan Atkinson! Visit Selfridges along Oxford Street today and you can expect to find one of the most luxury shopping experiences to be had in the British capital.

Though this school is now permanently closed, in the film the Elliott School in Putney was the scene of a nativity play. (The play is perhaps the only nativity play in history where a prime minister and his secret girlfriend are exposed, and where a lobster is included as a character in the nativity!)

This shopping centre in Bayswater is filled with shops, boutiques and plenty of eateries. In the film Love Actually, the place is filled with Christmas decorations and the large Christmas tree in the foyer features in several frames. 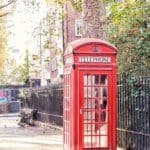 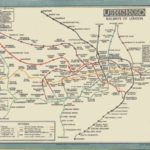 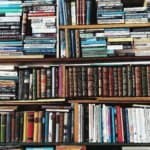 I FOUND THE BEST BOOKSTORE IN LONDON! 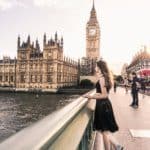 I think the place where Jamie discovers the affair is in Blenheim Rd, Chiswick. And his parents lived in Bath Rd, Chiswick. It was nice to see these locations where I grew up being shown on the big screen!

Beautiful movie! Thank you for sharing