Fossils, the Jurassic Coastline, and a glittering sea: there is a myriad of reasons to visit Lyme Regis, not least the fact that one of the most famous palaeontologists of the past few centuries, Mary Anning, was born in the town. Here’s why you must visit Lyme Regis on your next seaside escape in England! 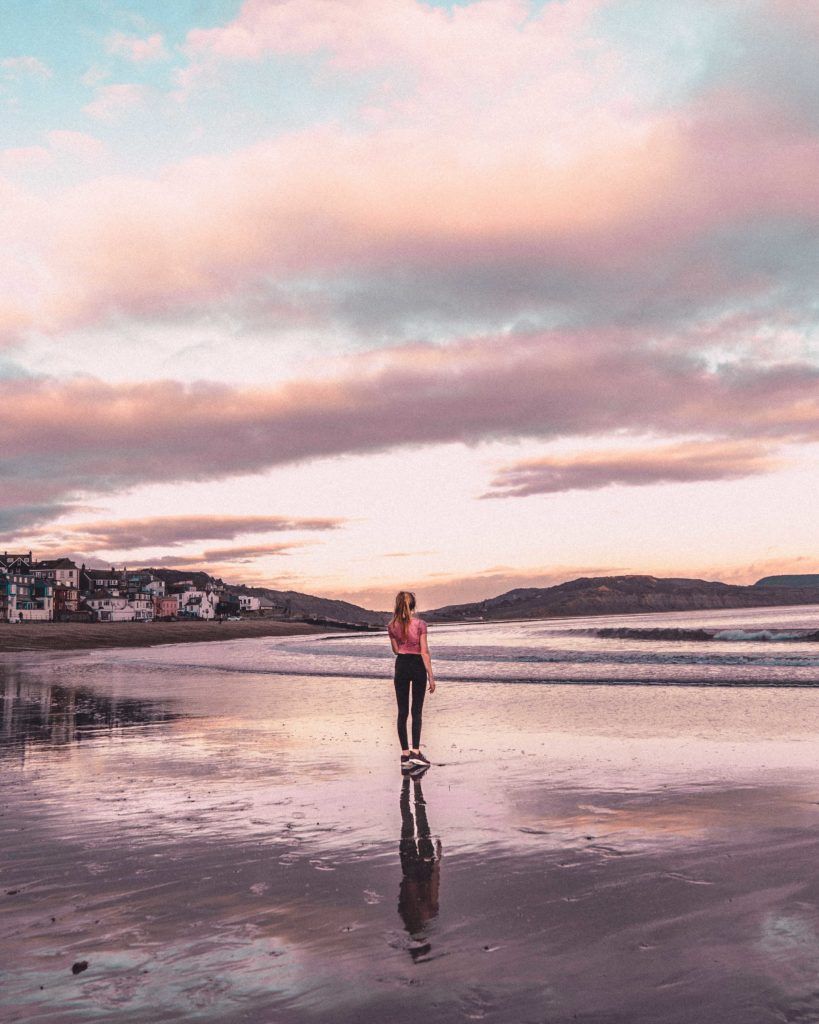 Where is Lyme Regis?

Lyme Regis is a delightful seaside town on the Southern coast of Dorset. Home to a population of around three and a half thousand residents, the town is most associated with fossils and is often referred to as the ‘pearl of Dorset’ thanks to its sheer beauty.

The Jurassic coast is so-called because of the sheer wealth of its wealth of geological history, spanning millions of years. The Triassic, Jurassic and Cretaceous period are all represented within a 96-mile stretch. Lyme Regis is located in the very middle of this part of the coastline, which has been a UNESCO world heritage site since the early 200s.

Hands down, one of the best things to do in Lyme Regis is to go fossil hunting. Truth be told, the most famous fossil find at Lyme Regis was a complete ichthyosaur, which was discovered during the 1800s by the then 12-years-old Mary Anning.

However, most commonly found along the coastline at this point are ammonites, small shell-based sea creatures which inhabited the oceans some 201- 66 million years ago. For more information about collecting fossils, here’s a guide on how to go fossil hunting in Dorset! 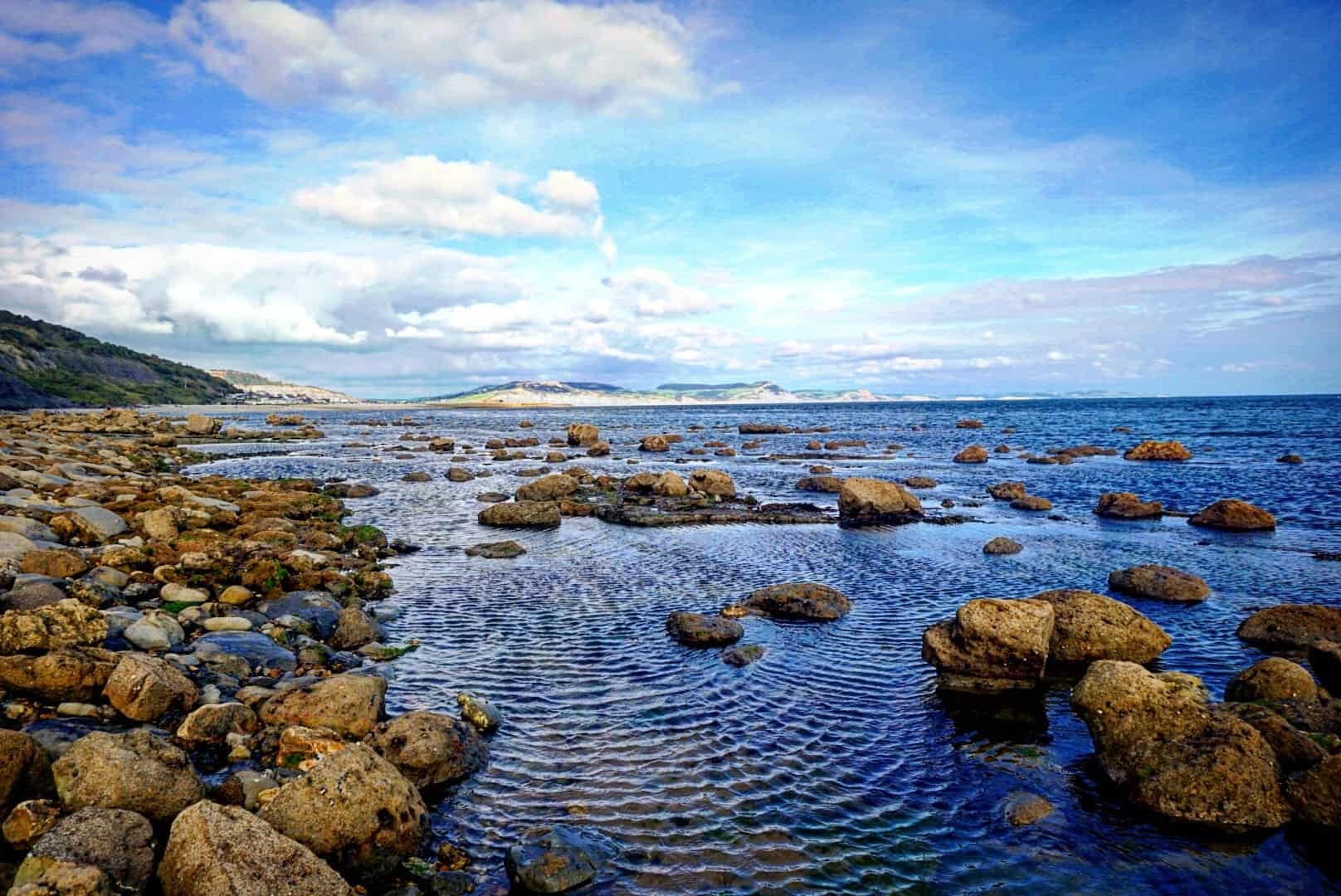 The most famous of modern palaeontologists is Mary Anning, a woman who grew up incredibly poor at the end of the 18th-century. When Anning first went out to collect fossils, she regarded them as unusual curiosities. However, in time, Anning grew to learn that these curios were actually fossils and she sold them to make money. Mary Anning is also credited as being the first person to discover

#4 Lyme Regis is a Seaside Escape

If you’re searching for the ultimate seaside escape, then you need to look no further than Lyme Regis. Situated on the South Coast of England, in the county of Dorset, the main town trade has been in tourism for at least two centuries.

Wander around Lyme Regis today, and you can expect to find the Victorian promenade from when the Victorians would vacation there. Elsewhere in the town, hotels can be found in abundance, while the pretty pastel beach huts which line the town beach are further evidence of Lyme Regis’ booming trade in tourism.

#5 The Cobb of Lyme Regis

Constructed as early as the 14th-century, the Cobb as it is locally known is the hub of fishing activity in the area. Lyme Regis and its surrounding bay are distinctly lacking in natural harbours and so The Cobb was built during the 1300s so as to shelter the town and its many boats from the frequent sea storms that sweep through the area.

Now, the Cobb is a staple of Lyme Regis life and is one of the best places to see the sunset in the area. If you’re looking for the hidden gems of Lyme Regis, then aside from the old prison keep in the town (which can be found opposite Aroma Coffee), you’ll discover a set of steep stairs known as ‘Granny’s Teeth’ somewhere along the Cobb.

There is not one or two, or even three beaches in Lyme Regis. Instead, the town is home to four beaches! All with their own vibe and viewpoint, some are better for fossil collecting, while others are perfect for sitting back, relaxing, and watching the sun go down in the evening. The beaches found in Lyme Regis are as follows; East Cliff Beach, Town Beach, Monmouth Beach, and Church Cliff Beach. 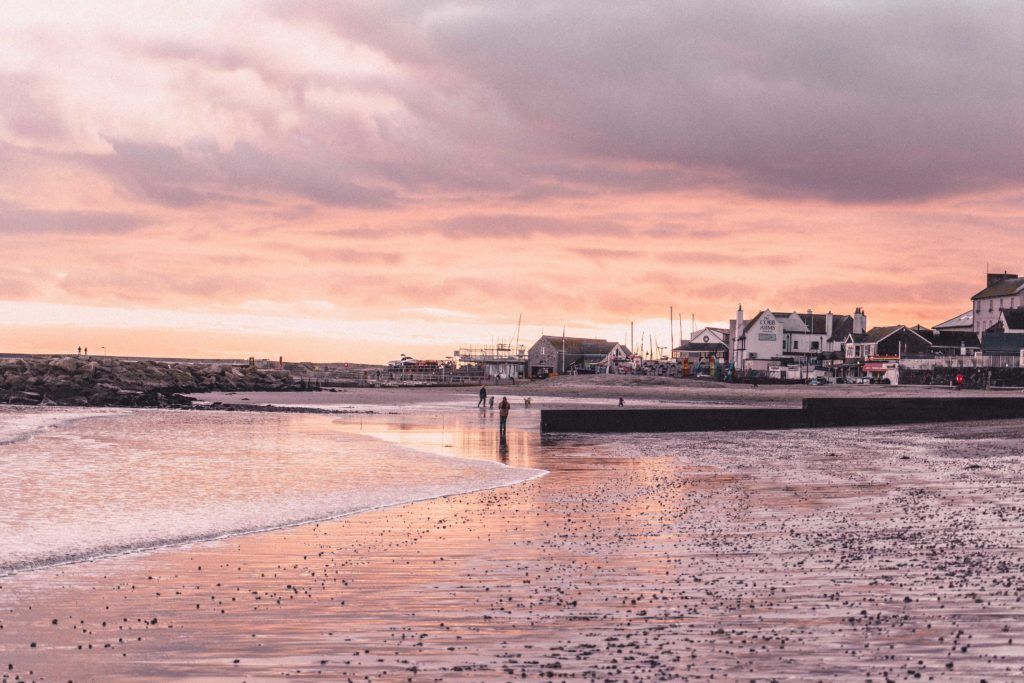 For those who love hiking, it’s worth noting that the South West Coast Path is the longest National Trail in England. Stretching a staggering 630 miles along the coastline from the Northern most part of Minehead in Somerset, and all the way around the coastline to Poole Harbour in Dorset, the path actually originated as a route for coastguards to catch smugglers.

Today, you can opt to walk part of the path, or all of it if you so desire. Free to hike along, there is perhaps no other walk in England quite as challenging, nor as beautiful as that of the South West Coast Path. Highlights en route, aside from the fossils of the Jurassic Coastline, include many castles, and plenty of opportunities to spot local wildlife, including seals!

#8 Lyme Regis is home to many museums

Located in a building which stands where the house where Mary Anning was born once stood, the museum documents the history of the town, as well as that of fossil collecting in the surrounding area. Nearby, the Parish Church of St Michael the Archangel provides gorgeous views onto the sea. In the churchyard, you’ll find Mary Anning’s grave.

#9 Lyme Regis has plenty of bookshops and fossil shops

If you’re a bookworm like me, then I highly recommend visiting the Sanctuary Bookshop in the heart of the town. Close to the town clock, this Narnia-like store stretches over 10 rooms and sells all kinds of wares. Vending everything from lava lamps to old prints to vintage books, you could easily spend hours perusing the shop and searching for treasure.

Another Lyme Regis shop of note is the Lyme Fossil Shop. Situated on Bridge Street, this store has become something of an institution in the town. Opened decades ago, the store has gone from strength to strength, with stock for sale ranging between anything from 99p to well over £1000! 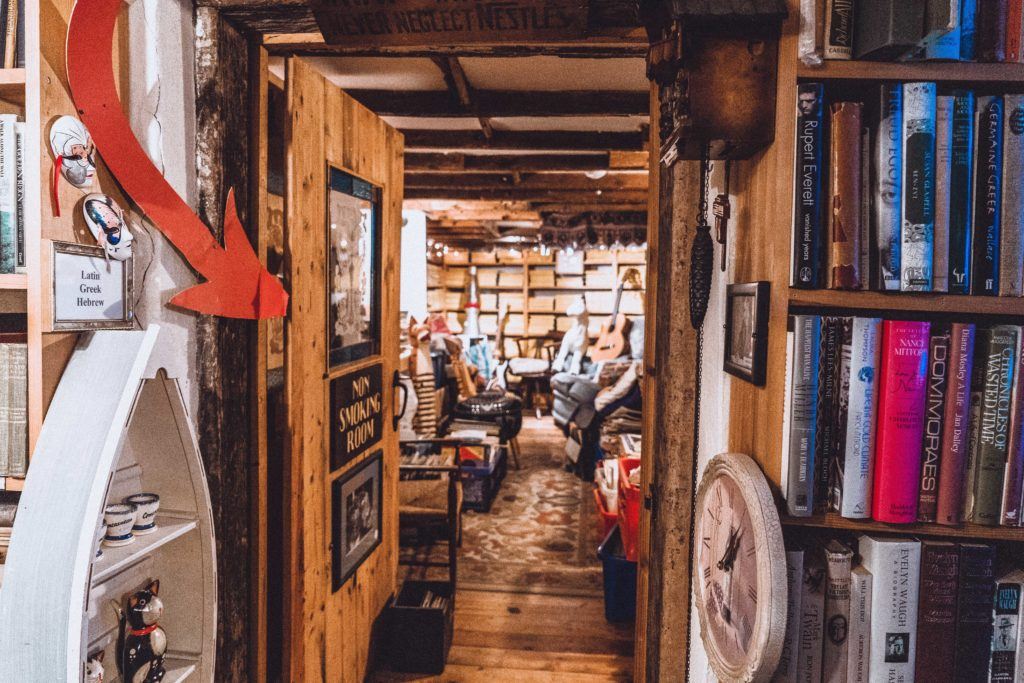 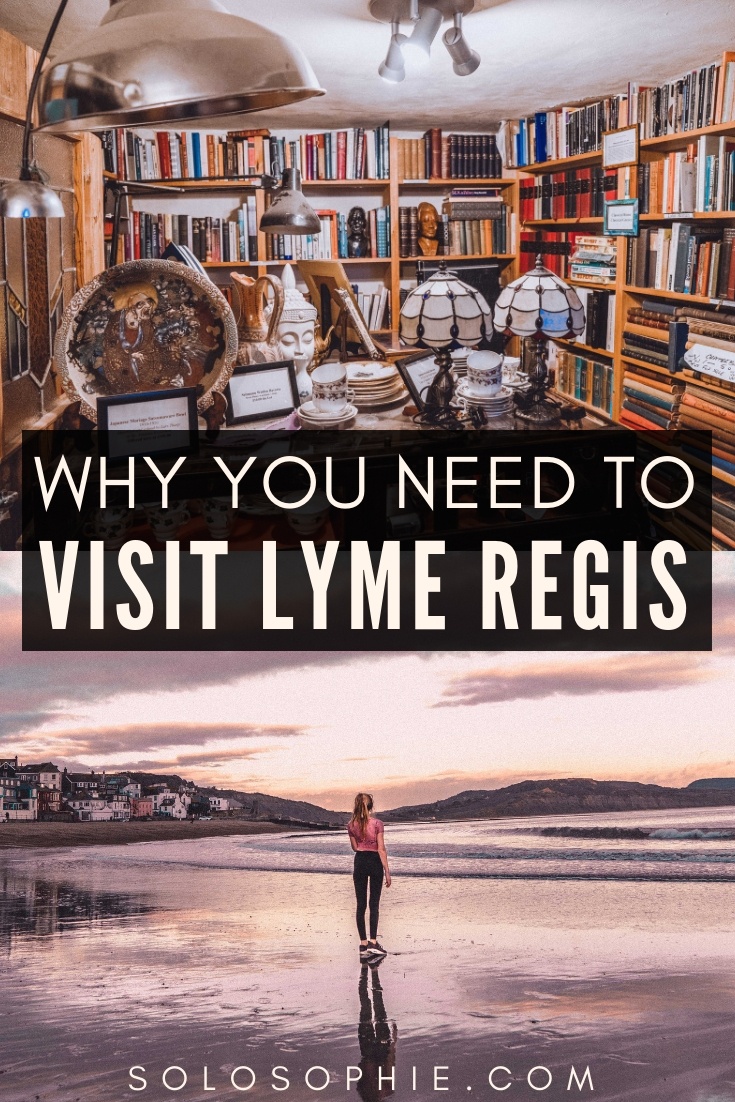 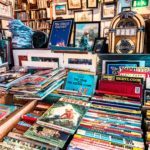 The Sanctuary Bookshop, Lyme Regis: The Narnia Bookstore of Dorset 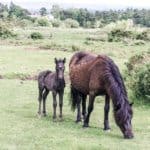 Visit Dartmoor: Best Things to do in Dartmoor National Park! 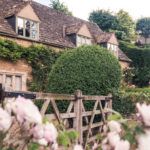 A Quick Guide to Upper Slaughter, the Cotswolds 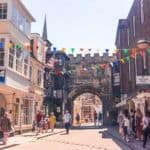