I can never resist taking a photo of pretty staircases. And of course, when I visited the Tulip Stairs in the Queen’s House, Greenwich for the first time, I couldn’t help but take a quick snap (or two! or three- but, shh!)…

Located in the Grand Queen’s House in the heart of Greenwich (more commonly known for being the home base of Greenwich Mean Time and the location where the line is located), the twisted spiral staircase of the Tulip Stairs date all the way back to the 17th century. Not only is a walk up (or down) this spiralling feat of geometry a real step back in time, it is also a chance to encounter the paranormal… 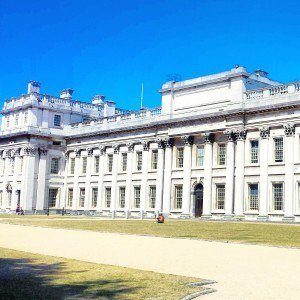 Queen’s House, Greenwich: A step back in time

Greenwich is a green space set just outside of the heart of central London, in a world of its own. Despite just a couple of tube zones of difference, the entire area is akin to stepping back in time. Boutique shops are abundant, green space is everywhere and there’s plenty of walking and cycling trails to explore.

Unlike many other buildings with the name ‘Queen’s House’, the Queen’s House once really did belong to royalty. The building is also of great architectural importance as, when it was first built in the 17th Century, it was the first Classical building to be constructed in the country.

Although architect Inigo Jones revolutionized with his classical designs, few of his buildings survive to this day. The Queen’s House is one of them. While most of Greenwich Palace was destroyed during the Civil War, the bricks being repurposed for nearby project developments, and the newest wing of the Palace of Placentia (the palace’s fancy ‘official’ name) incorporated into the nearby Naval College, the Queen’s House is all that remains of the original palace.

The Tulip Stairs were a 17th Century addition and are of equal architectural importance to the building itself owing to the fact that they are most likely the first geometric self-supporting spiral stairs in Britain. The quirky shade of blue they’re painted (which weirdly is a very similar blue to my desk/ bedroom theme!) is unique in that the colour is derived from crushed glass. 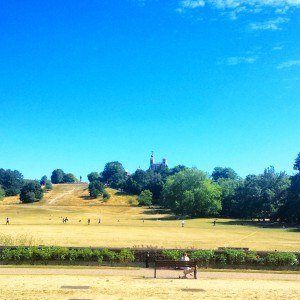 Of course, over the years, as is only natural for an ancient building this age, the Tulip Stairs have had their fair share of strange sightings, paranormal happenings, and strange occurrences. But the most documented of all the ‘ghostly apparitions’ occurred in 1966 when Re R. W. Hardy was visiting London as a tourist from Canada.

Upon his return to Canada, he developed the photos of the architecture, the Classical columns, and of course, the Tulip Stairs. But what appeared in the image was one, possibly two, possibly even three figures walking up the staircase.

Ghost Club became involved in the investigation after the group became intrigued by the story. And so, on the night of June 24th, 1967 the Ghost Club Group visited the Queen’s House. On that night, they allegedly heard bells tolling, saw strange flickering lights, and witnessed other paranormal activity. To this day, no one has been able to figure out why or how the images appeared in a photo of what was, in reality, an empty set of stairs.

How to visit the Tulip Stairs, Queen’s House, Greenwich

Today, you can visit the Queen’s House, wander up the spiralling stairs and imagine what the villa must have been like in the 17th century thanks to some pretty heavy restoration efforts in the past couple of years.

The Queen’s House is open from Wednesday through to Sunday and is completely free to visit, though you’ll have to book free tickets in advance. Times are as follows: Weekdays 10.30am-4pm | Weekends 10am-5pm.

Nearby, Greenwich is one of the most delightful green spaces which London has to offer, and even boasts many a hidden gem. In the winter, an ice skating rink is set up outside the Queen’s House, making Greenwich one of the best places to enjoy London at Christmas. 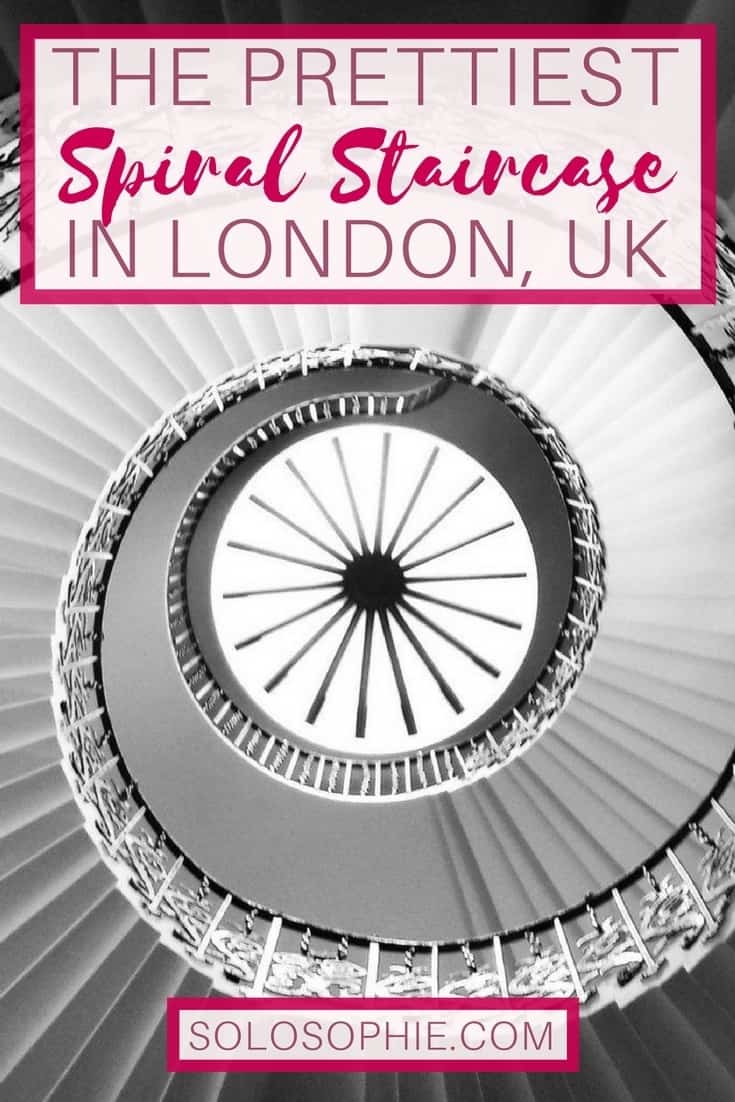 It's definitely one of the prettiest. Another that I like is the one in Heals Furniture shop! Have you seen that one before?

Yes, I love it so much and definitely want to head back to Greenwich later this year as I haven't been in a while! I've not been to Heals Shop yet but am definitely going to note it down for the next time I'm in London. Thanks for the suggestion :D