MY SECRET PARIS LOCATIONS: JARDIN DES COLONNES, IN SEARCH OF A FUTURISTIC CITY

The 14e district of Paris is one of those Parisian places that gets little attention in comparison with some of its closest neighbourhoods; the 5e, 6e and 7e to name just a few. But if you want to head a little off the beaten path in the city, then you need to look no further than this quirky arrondissement. After all, oddities such as the Jardin des Colonnes (a futuristic green space) and the Square de Montsouris (probably the prettiest street in the city) are abundant here and can easily be found during a short stroll of the neighbourhood…

It’s also here, in the 14e arrondissement of the city, that you’ll find one of the most unusual churches in the city (Notre Dame du Travail), one of the tallest observation decks (that of Tour Montparnasse), and the final resting place of Charles Baudelaire (in Cimetière du Montparnasse). 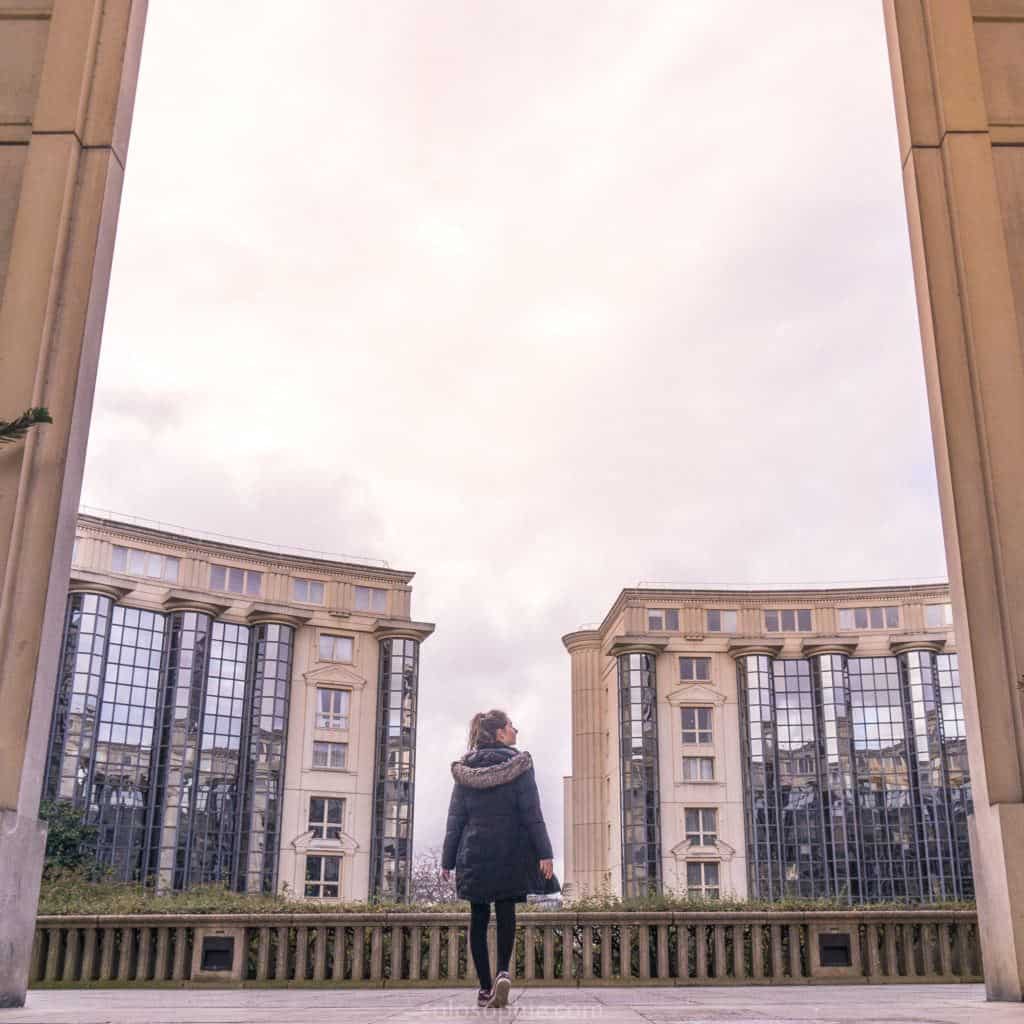 In search of futuristic Paris…

Wander away from the nearest metro station of Pernety (line 13) and away from the hustle and bustle of life around Tour Montparnasse. Instead, head into the maze of little streets dotted around the 14e in search of the hidden gems that are becoming few and far between in the tourist hotspot that is Paris.

Stroll down a little street by the name of Rue Vercingétorix and you’ll stumble on a set of large iron gates that look closed off to the public. But push open the forbidding door and you’ll be rewarded with a futuristic view of the city that was never completed…

Wandering around the 14e yesterday (I’d visited the area in search of the iron frame of Notre Dame du Travail), I stumbled on this architectural quirk that doesn’t quite fit the stereotype of ‘Haussmannian Palace’. Instead, the circular building is covered in reflective windows and surrounds a garden filled with fragrant lavender. 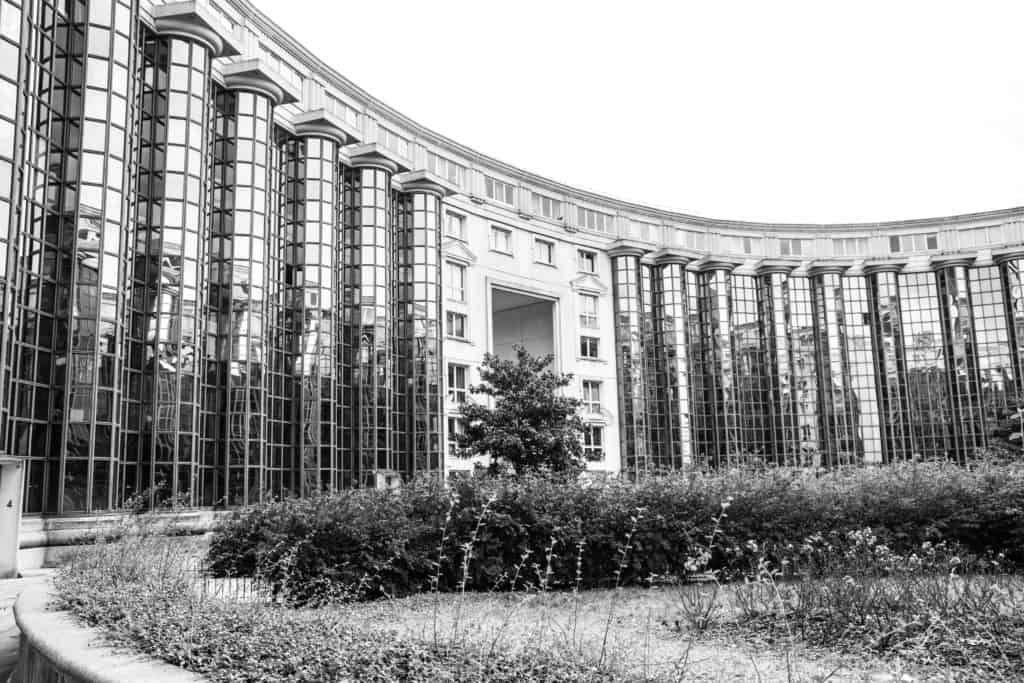 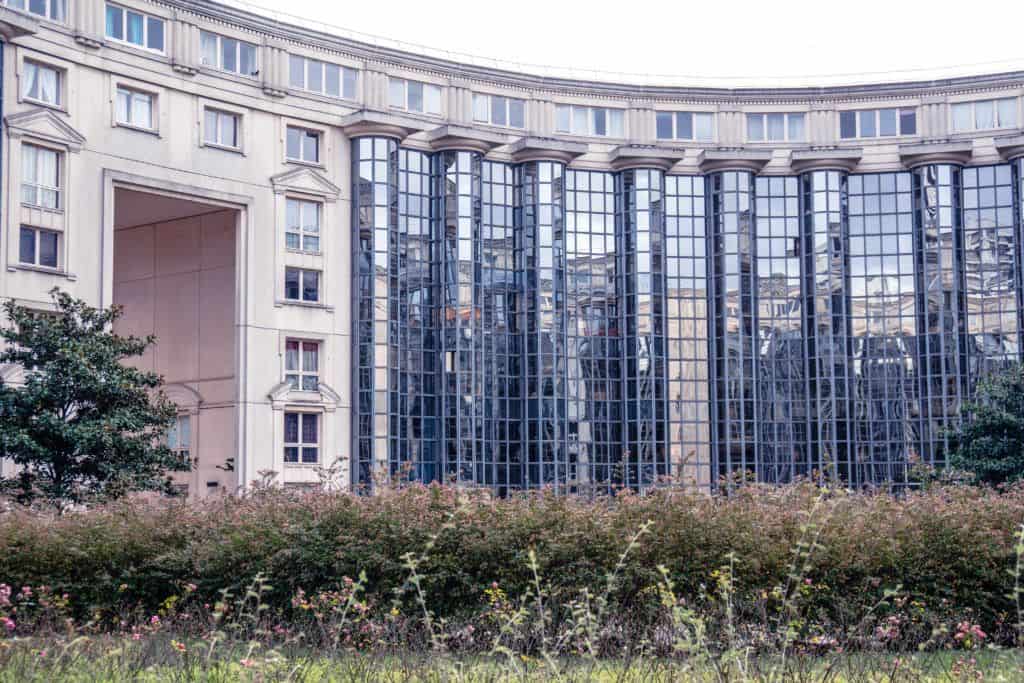 Literally translated as the ‘Garden of Columns’, the park was created from plans by architect Ricardo Bofill. His typical style is apparent in the theatrical nature of the building, as well as its uniqueness. Jardin des Colonnes was created in 1986 and then renovated in 1998. The unusual green space is located inside the peripherique, making it much easier to access if you’re a little pressed for time (though bear in mind that the garden is closed during windy weather). 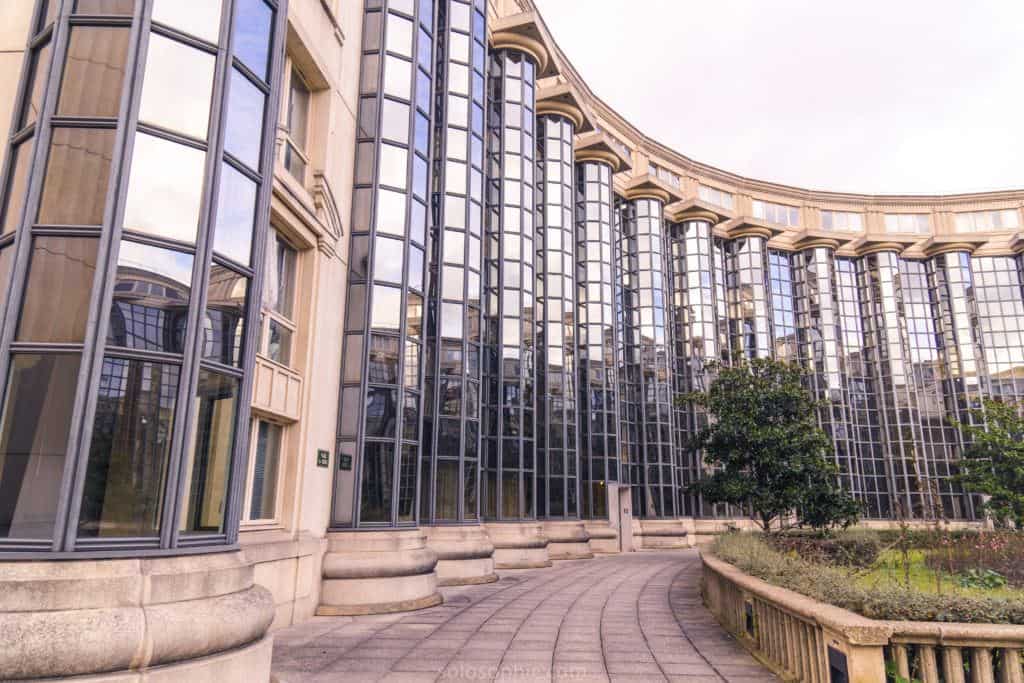 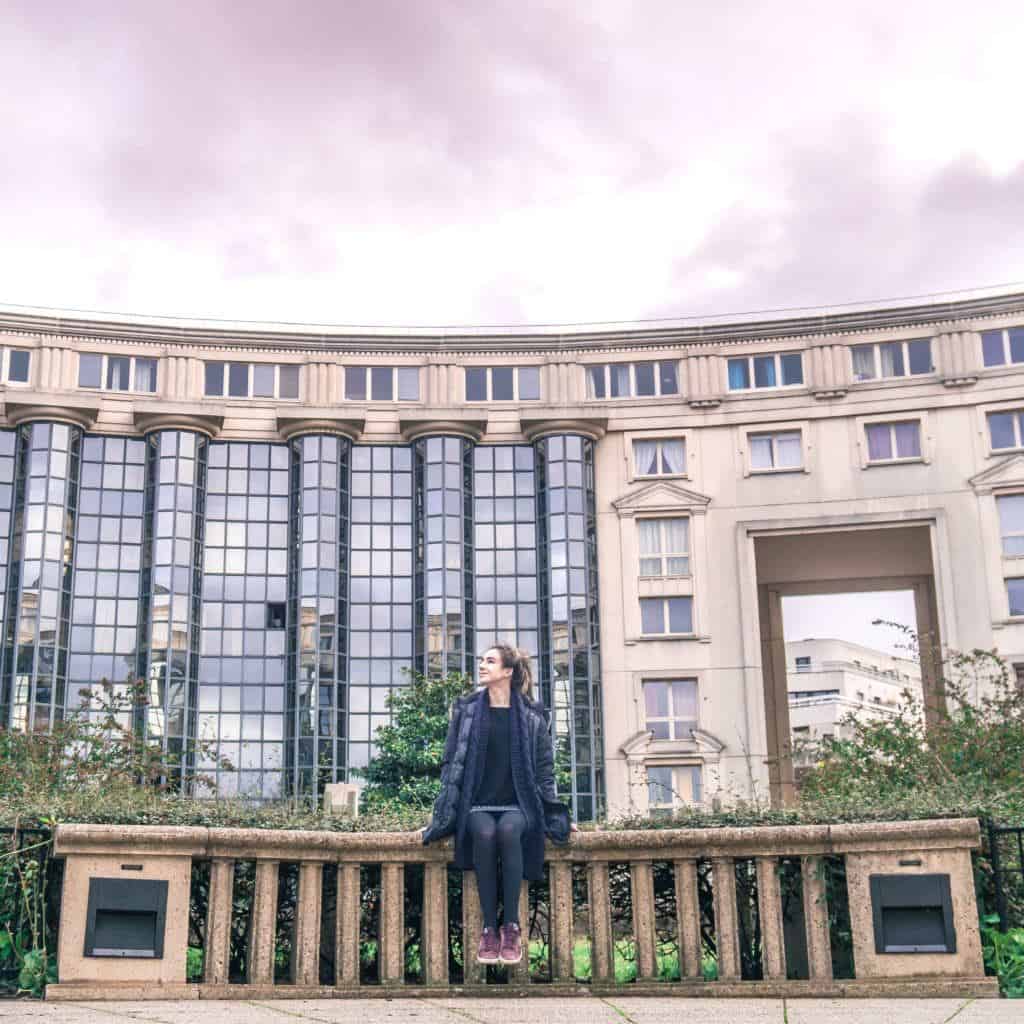 Enjoyed reading about Jardin des Colonnes? Pin this post, read it again later (and maybe even go and visit it for yourself…) 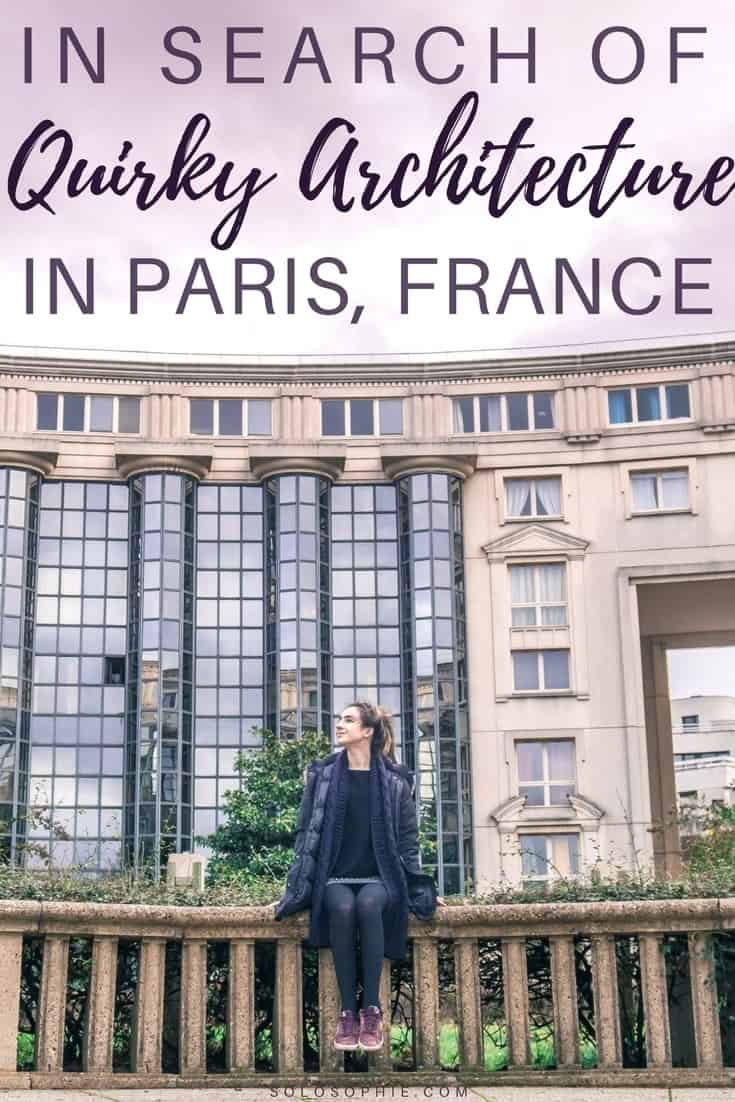