Far away from the glittering sea, across the city from the world-famous Promenade des Anglais and off the beaten tourist track, the Russian Orthodox Cathedral in Nice is easily one of the city’s best-kept secrets. Constructed at the turn of the 20th-century, today the ecclesiastical building remains the largest Eastern Orthodox Cathedral in Western Europe. 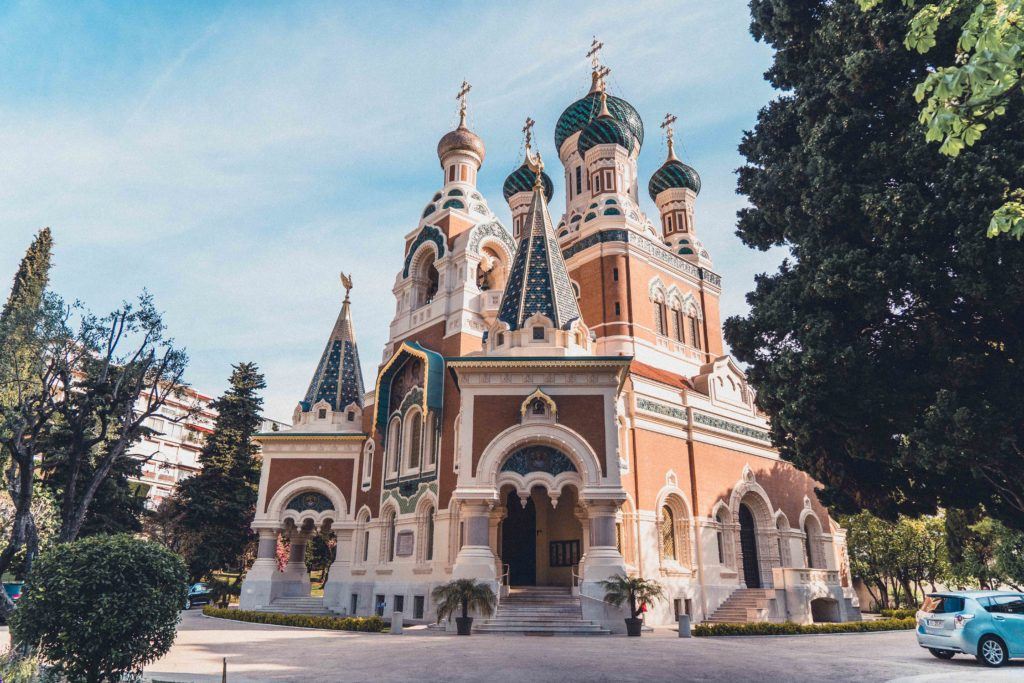 A history of the Russian Orthodox Cathedral in Nice

Known as Николаевский собор, Ницца in Russian, The Russian Orthodox Church can be found along Avenue Nicolas II and is a truly unique gem that truly catches you off guard when rounding the corner from the underpass and adjacent petrol station.

After all, with the exception of the winding cobbled lanes of the historic city centre, much of Nice architecture is synonymous with the typically Hausmmannian architecture that you’d expect to see in Paris or Bordeaux. With six golden cupolas topped by golden crosses, this stunning ecclesiastical building is not the first Russian church on site.

Since the mid-19th-century, Nice has been a favourite hotspot for wealthy Russians looking for a little winter sun. Even Tsar Alexander II took a trip to the French Riviera just after the completion of the railway line in 1964. The original Russian church of Nice was built in 1859 but soon became too small for the ever-growing Russian population of the city. 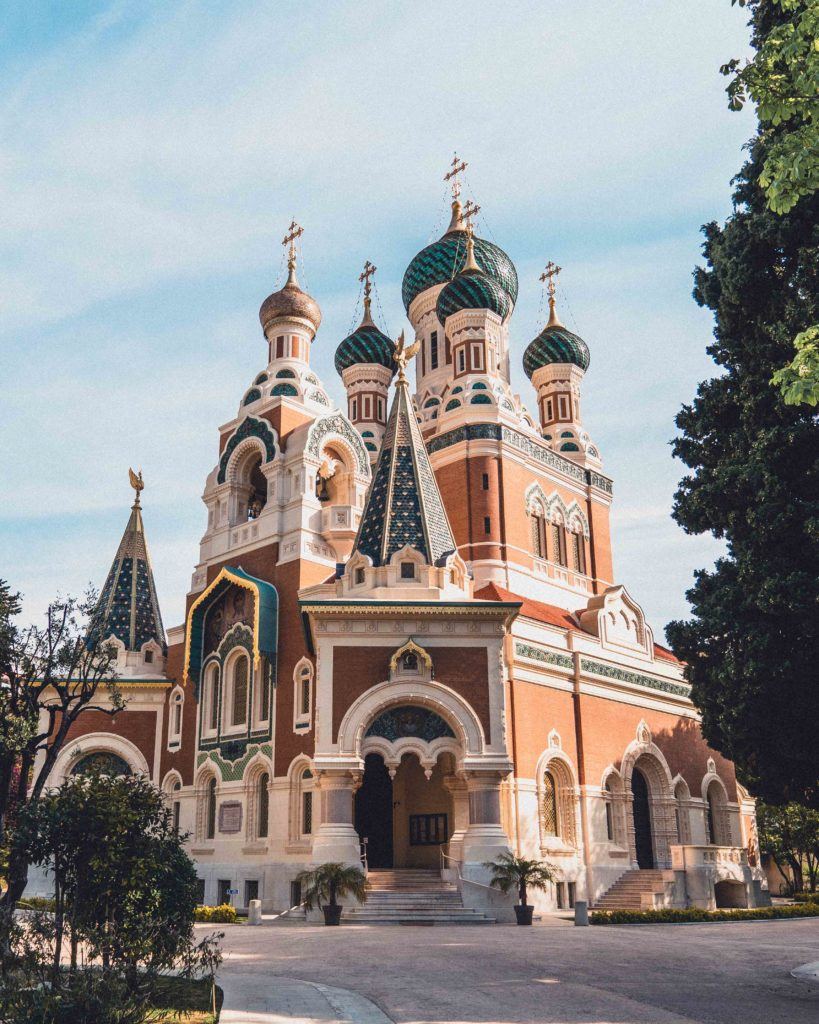 As such, the decision was taken to build a larger place of worship. Plans were drawn up and construction of a larger, newer cathedral began in 1903. The funds were provided by Tsar Alexander II whose son had sadly passed away from meningitis in the grounds of Villa Bermond (the place where the Russian Orthodox Cathedral is now to be found).

Originally designed to be a funerary chapel, the designs were created by Preobajenski, an architectural professor from Saint Petersburg and the inspiration for the design was the Muscovite style. After over a decade of building works, the cathedral was opened to the public in 1912. Today, following a fairly lengthy legal battle, the Cathedral is now in the possession of the Russian Federation.

How to visit the St. Nicholas Russian Orthodox Cathedral

Wander inside today and you can expect to find ornate frescoes, murals, wooden carvings. The interior is actually shaped by way of a Greek cross. Of particular note is the fine iconostasis around the choir which was made by the Khlebnikoff workshops in Russia. You should know before you go that the church is open on a daily basis from (May – October) 9am-12pm, 2pm-6pm and (November – April) 9.30am-12pm, 2pm-5.30pm.

Free to enter, remember that this is a place of worship and so be sure to cover knees and shoulders. Also, make sure to be quiet when wandering around inside. Finally, it’s worth remembering that while you’re free to snap photos of the stunning domes and ornate façades of the exterior, no photography is permitted within the cathedral itself. The closest bus stop is Parc Impérial / Gambetta.