Home to centuries worth of history, historically the island was well-known for its herring and quarry trades. Here’s your ultimate guide to Marstrand; what to see, how to visit, and when to go!

Surrounded by the sea and populated by the traditional Swedish architecture that is so synonymous with the country, the town of Marstrand can be found along the Bohulsän coastline and is spread over two of some eight thousand islands in the region.

Introducing Marstrand: One of the most beautiful towns in Sweden

Situated to the west of the country, in a place where the land meets the sea, the town island gets its name from the island of Marstrandsön and buildings can be found sprawled across two islands linked by a single ferry crossing (or a swim if you’re feeling particularly brave!).

Home to a population of around five hundred during the winter months, though this rises significantly during warmer periods of the year as a result of a tourist influx, Marstrand has sill retained its ‘city status’ despite being so small thanks to its historic roots. The two islands which Marstrand can be found on are Koön and Marstrandsön.

Located along the Bohuslän coastline, which stretches close to 280 kilometres and comprises of eight thousand islands, Marstrand is the last stop on the public transport system from Gothenburg, making it an easy day trip (or weekend escape) from Sweden’s second largest city.

During the summer, Marstrand hosts the prestigious Match Cup Sweden sailing competition. All in all, Marstrand is easily one of the most charming islands in Europe.

What is Marstrand known for?

Marstrand is most famous for its beautiful scenery, swimming, and sailing. On the island, there are also plenty of hiking opportunities so be sure to pack some good walking shoes and comfortable clothing should you opt to visit.

As a result of the many outdoor activities on offer, hands down the best time to visit Marstrand is during the summer months when the weather is at its best and the sun is often shining.

Best things to do in Marstrand

Though the city has been fortified and popular for centuries, it wasn’t until the 19th-century that Marstrand shot to true prominence. This was as a result of the royals, i.e. King Oscar II, discovering the island as a seaside resort during the 1880s. Today, some of the bathhouses and former royal residences can be found alongside the coastline.

Fortified and imposing, the impressive castle of Marstrand dates back centuries. Built in the 17th-century by prisoners (1658 to be precise!), it took well over two hundred years to actually complete the fortifications. Today, it’s possible to visit Carsltens castle and even stay in the hotel now housed within its thick walls! In Swedish, the castle is known as Carlstens Fästning.

Go hiking around the island

While Marstrand is largely thought of as a predominantly summer destination, the island remains pretty to visit all year ’round. With lightscape vistas and sea views, hiking around the granite island requires good walking shoes but isn’t too strenuous if you’re used to long walks.

If you’re looking to experience some local cuisine (and perhaps some local traditions- Fika, anyone?) then be sure to head to the traditional bakery close to the dockside. Selling all manner of sandwiches, cakes, and fresh bread, you may even be able to pick up some saffron buns if you’re lucky!

How to visit Marstrand & when to go

One of the two picturesque islands can only be reached by boat (or by swimming if you’re particularly brave!). A ferry service operates throughout the year to the predominantly car-free island of  Marstrandsön and takes around five minutes. Koön is easy to reach by car.

Though many might maintain that the best time to visit the islands is during the summer months (and, indeed, everything is actually open in the high season!), Marstrand is pretty to visit all year, even if you’re planning a short break to nearby Gothenburg in the winter.

And while I would recommend hiring a car so as to have as much flexibility as possible, it’s still possible to catch the bus to reach Marstrand from Gothenburg. After all, Marstrand is the last stop on the public transportation from the city. When it comes to reaching Gothenburg itself, there’s great train links, as well as an international airport which flies to all the major European capitals (Paris, London, and beyond!)

Just across the bay from the castle, the Marstrands Havshotell and spa is a slice of Swedish luxury and a true escape from the hustle and bustle of everyday life. In true Sweden style, the rooms are designed to be both chic and user-friendly. Nothing is placed in the room unless it is absolutely essential.

For example, while the beds are comfortable (and I wish I’d been able to lie on the dreamy pillow a little longer!), there’s no TV in the room. Instead, the waterside view and Marshall radio is more than enough entertainment for those who wish to wake to the sight of a traditional coastal town.

And when it comes to the communal areas, just as much detail has been placed into the design. The open space reception and dining areas invite as much light as possible (in this area of the world, the design is all about making as much of the little sunshine that Sweden gets in the winter).

Meanwhile, the spa area comprises of several pools of varying temperatures, as well as saunas at 25, 40, and 70 degrees. If you want a truly magical experience while staying at Marstrands Hotel, then you should head outdoors and straight into the hot tubs overlooking the Carlstens Fortress and bay twinkling with the night lights of a thousand homes.

Enjoyed reading about the best things to do in Marstrand? Pin it now, read it again later: 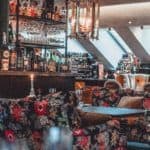 A Foodie Guide to Gothenburg: Where to Eat in Gothenburg 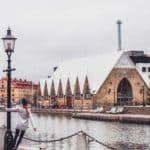 9 Magical Reasons to visit Gothenburg in the Winter 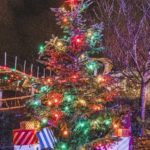 A Guide to the Best Christmas Markets in Gothenburg 2021 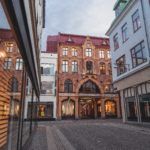