Weeping willows line the banks of the Marne, a lazy flowing river along which you’ll find a hidden gem of a town in the form of Lagny-sur-Marne. And though the Île-de-France settlement is situated just under 30 km to the East of intra-muros Paris, even many Parisians don’t know of its existence. Here’s a guide to the best things to do in Lagny-sur-Marne, as well as travel tips and things to know before you go. Getting to know the Île-de-France region

Lagny-sur-Marne is situated in the Île-de-France region, the area of France in which Paris (the French capital is located). An area roughly eight times the size of greater London, the region is easily the most urbanised area of France, though still boasts plenty of rural countryside.

Unfortunately, with the exception of Paris, and perhaps Versailles, the region is incredibly overlooked when it comes to visitors deciding on where to visit and explore in l’Hexagone! This is such a shame because the region has a wealth of gastronomic, cultural, and historical delights to fascinate even the most discerning of traveller. 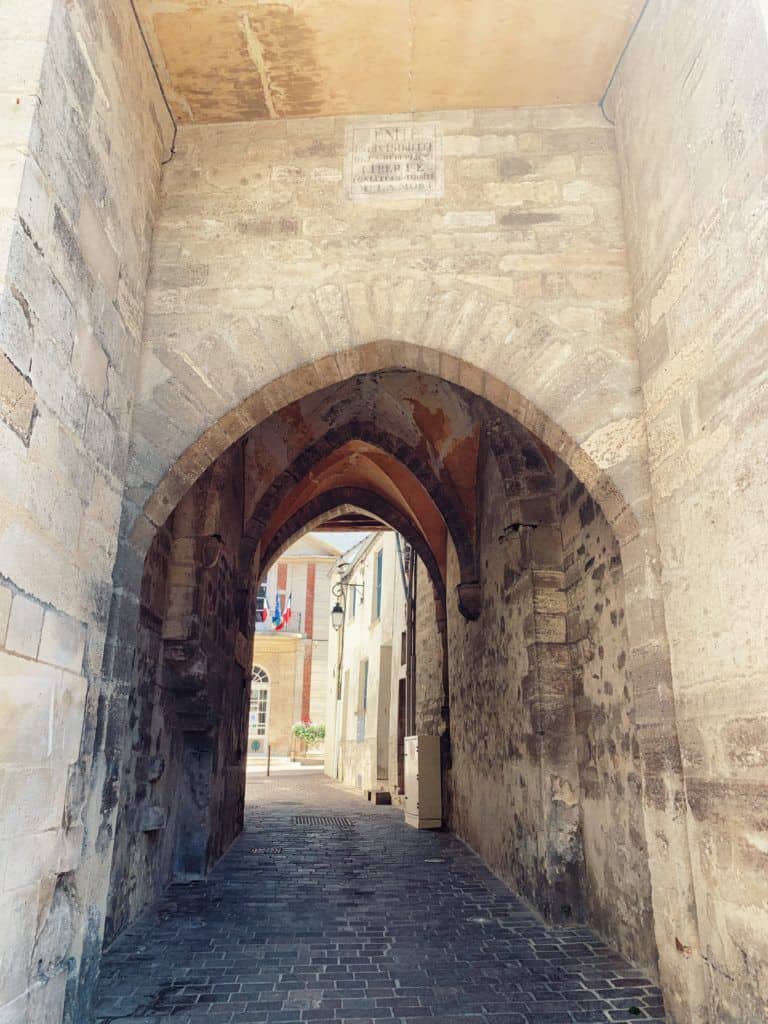 A brief history of Lagny-sur-Marne

The ancient town of Lagny-sur-Marne has been inhabited for many centuries and first rose to true prominence during the 7th-century, when the area was chosen to be the site of the Lagny Abbey. The exact date of the founding of the monastery was 644.

Though the monastery was destroyed by the Normans, it was re-founded just before the year 1000 CE, in 990. The Abbey and its surrounding buildings were seized during the French Revolution and taken for use by the state. Today, the Hotel de Ville is partially constructed from the former cemetery and a plaque next to the main entryway commemorates this.

During the Middle Ages, Lagny-sur-Marne (which is referred to in some older guidebooks simply as ‘Lagny’) was pretty popular in Northern France due to the prevalence of tournaments, or tourneys, which were mock fights/ jousts often featuring horses and real weapons. In more recent times, the town has been incorporated administratively into the ‘new town’ of Marne-la-Vallée. 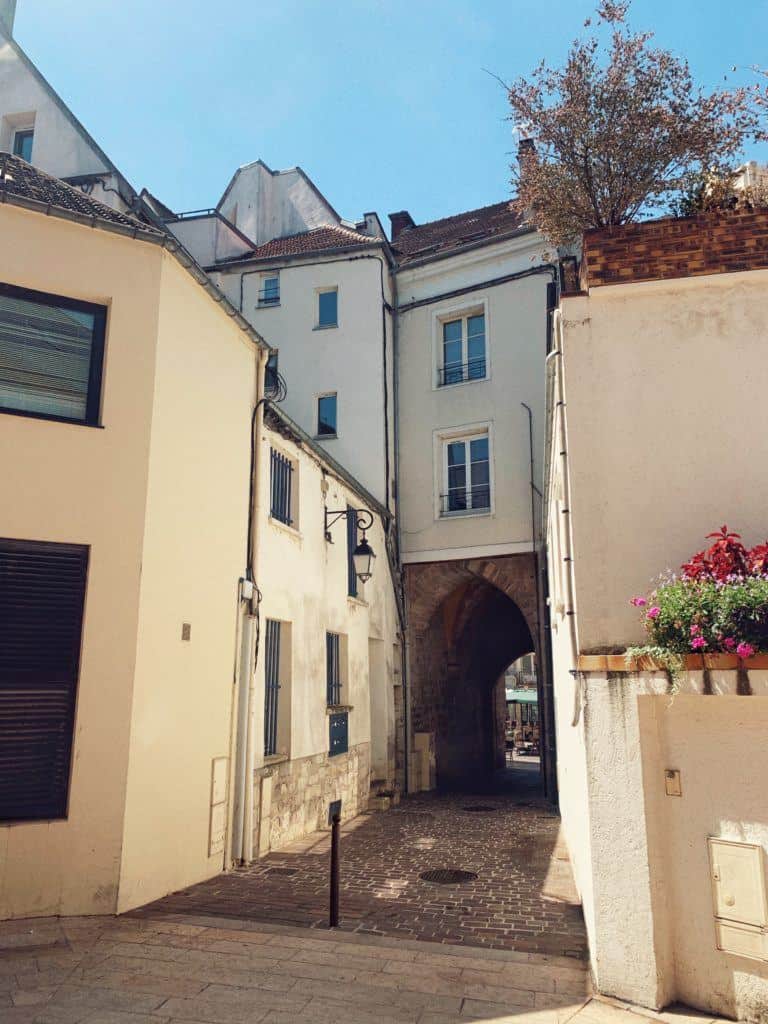 Best things to do in Lagny-sur-Marne

Stroll along the River Marne

For the very best views of Lagny-sur-Marne, I highly recommend strolling along the Rive Droite (ie the Thorigny-sur-Marne side of the river) and soaking up the stunning Provençal vibe of the towns. On a particularly sunny day, the water is a turquoise blue and makes for wonderful photos. I personally brought a picnic along with me and loved sitting on a park bench and watching the world go by, all the while admiring the pretty river views. 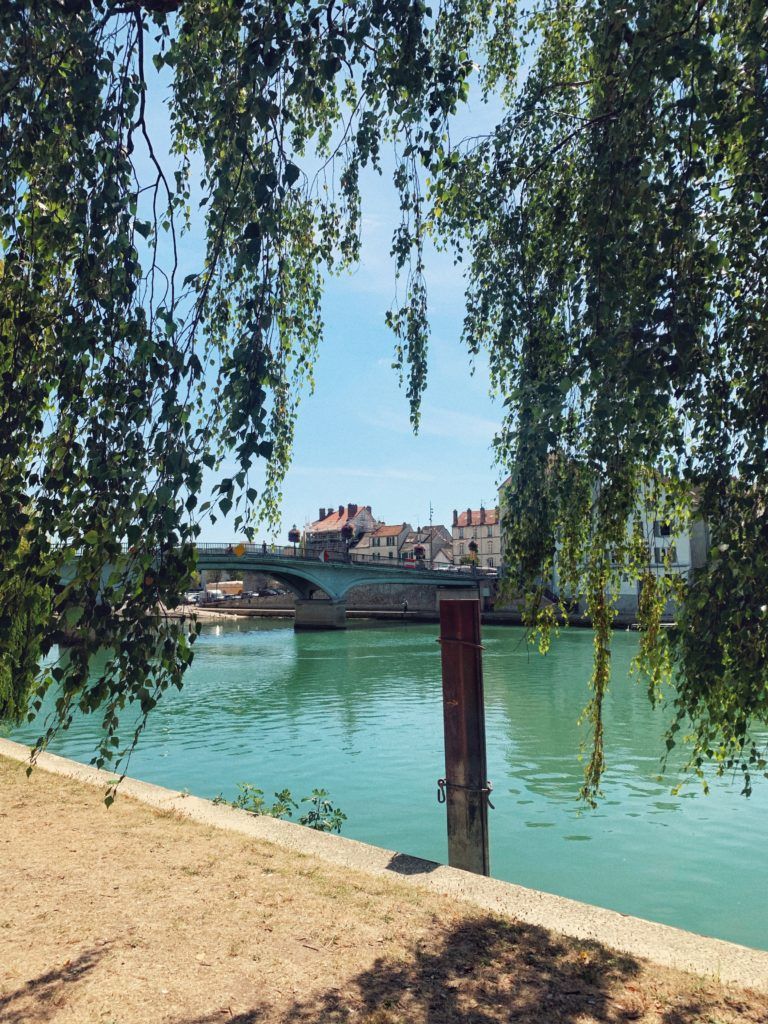 Glowing an ethereal blue in the dappled light of dozens of stained glass windows, one of the main highlights of the town is that of the Abbey of Saint-Pierre. Situated in the very heart of the town on a pretty square and steps away from the Hotel de Ville, the Roman Catholic church has been classed as a National Monument since 1886.

Building of the current ecclesiastical building which stands on the site began in the first half of the 12th-century, and so much of the ensuing style is Gothic. One of the main highlights of the church is a plaque which commemorates when Jeanne d’Arc passed through Lagny-sur-Marne and is said to have performed a miracle, whereby she resurrected a child who had been dead for three days. 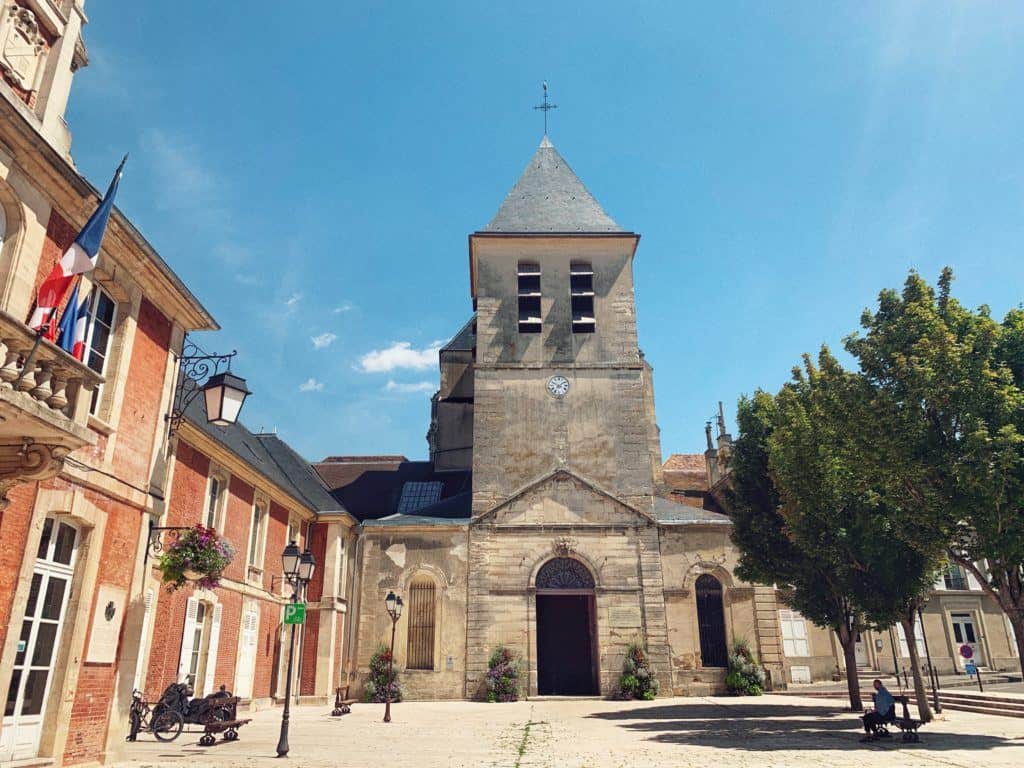 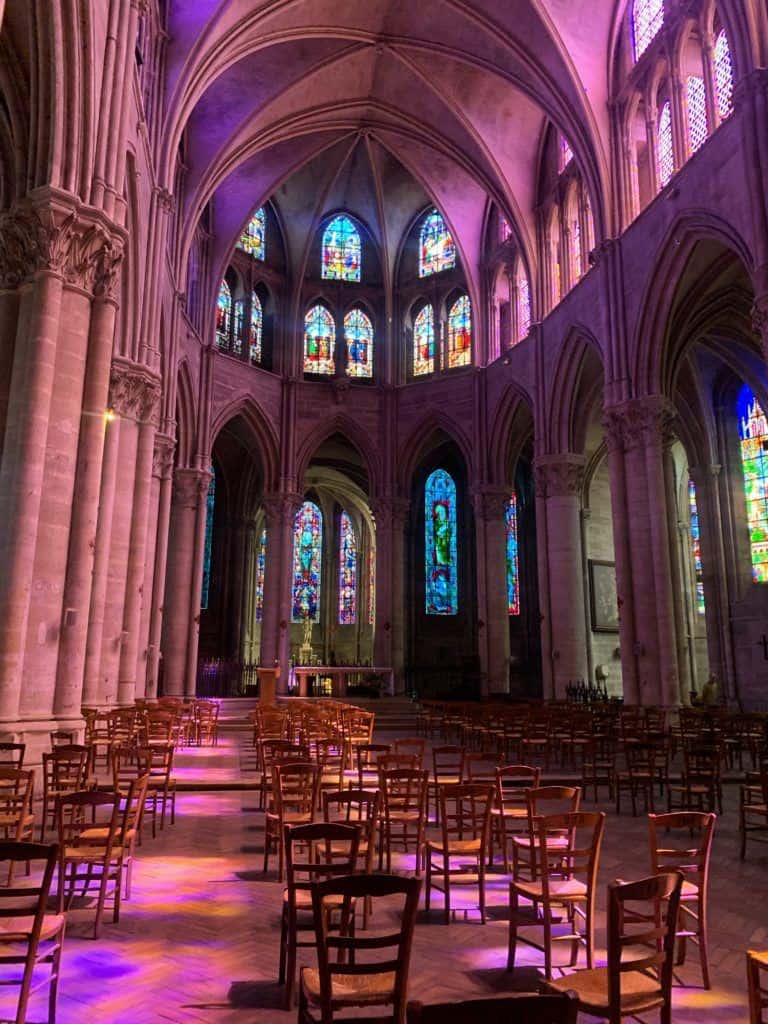 See the plaque to Joan of Arc

Joan of Arc, or Jeanne d’Arc as she is known in French, was a vitally important figure to the story of France and travelled all across the country, particularly in the Ile de France region. Today, a plaque commemorates her visits to Lagny-sur-Marne on the side of l’Hotel de Ville which overlooks the church. 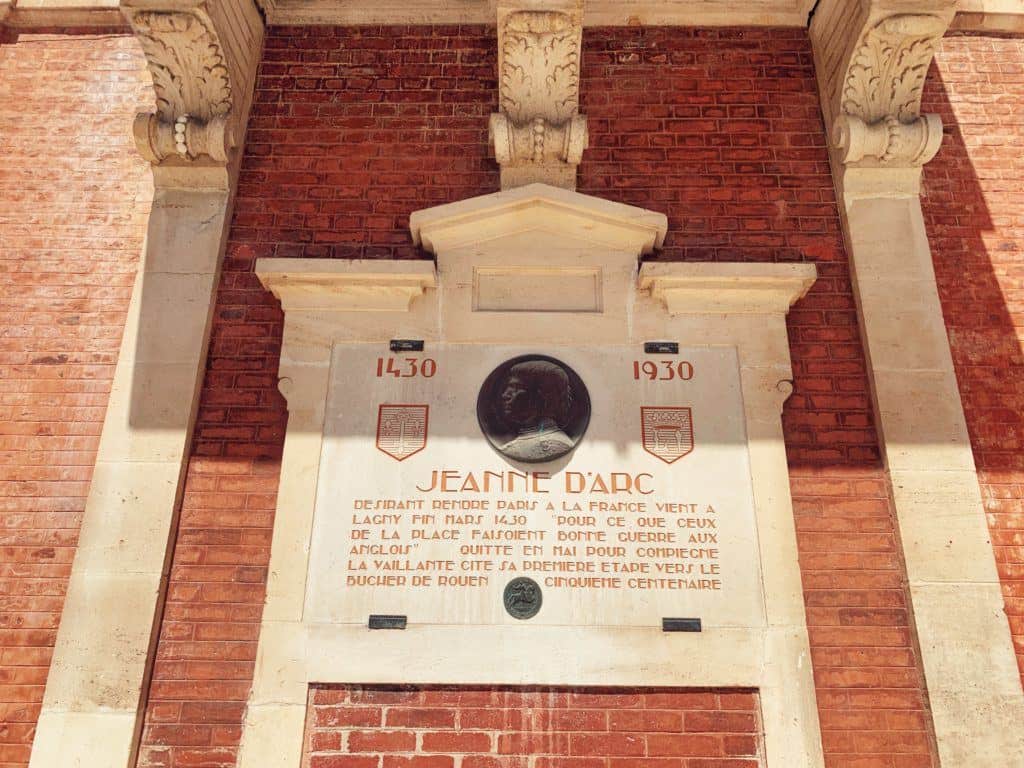 One of the main tourist attractions of the town is that of the Gatien-Bonnet museum. The cultural hub can be found steps away from the banks of the River Marne and is set against the backdrop of the former home of doctor of medicine Paul d’Halluin. The museum was originally established in a room of the Hotel de Ville in the 19th-century buy Gatien-Bonnet, who was once mayor of the town.

Admire the façade of the Church of Saint-Fursy

Just off the main town square, around which much of the rest of the town is built, the Church of Saint-Fursy is no longer in use as a place of worship but can still be admired for its stunning (if a little dilapidated) Gothic exterior.

Dating back to the Middle Ages, the church was rebuilt several times before being closed for worship for the final time during the French Revolution. Though the choir and bell tower have since been demolished, much of the building still stands to this day. 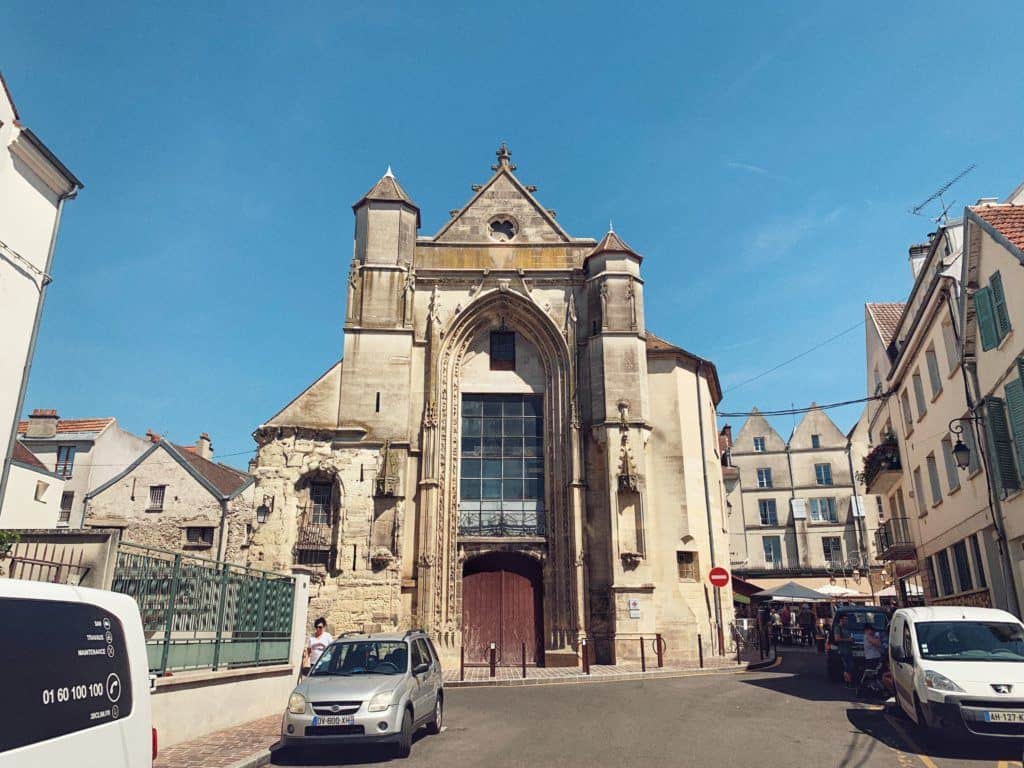 How to visit Lagny-sur-Marne

Due to its small size and chocolate box nature (i.e. the charm in the Frenchs settlement is in its secluded nature and sheer beauty as opposed to the number of activities on offer), Lagny-sur-Marne can easily be enjoyed over the course of a long and lazy afternoon.

The town doesn’t have its own train station, but is instead conveniently located just across the water (the River Marne) from Thorigny-sur-Marne which has its own train stop, with a direct train depating for Paris every half an hour or so during the daytime.

From Paris, you’ll need to take the Line P towards Meaux. The journey takes just 23 minutes and though the countryside between the two destinations isn’t particularly interesting, the train travel time goes by faster than you can say “voilà”.

Once in Thorigny-sur-Marne, it’s a five minute stroll over the D221 bridge to the Rive Gauche and you’ll arrive immediately in Lagny-sur-Marne. Rather conveniently, the tourism office is situated on the banks of the river and has a wealth of information on activities and things to do in the surrounding area, as well as brochures documenting a comprehensive history of the town (in French, bien sur!) 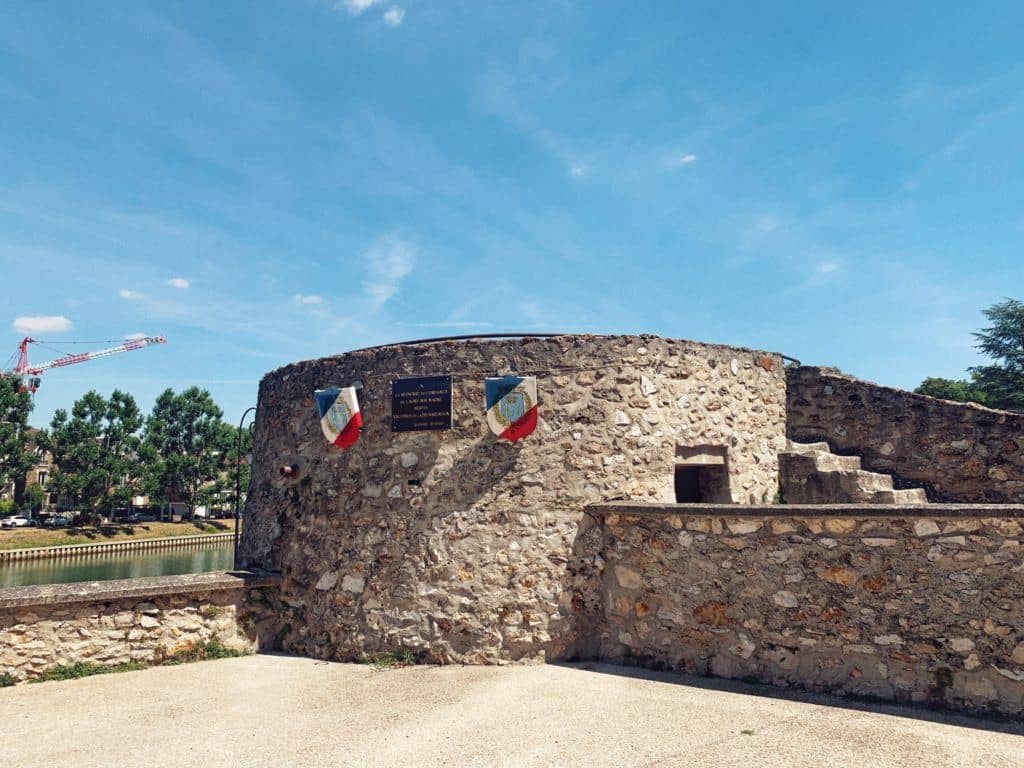 Enjoyed reading about the best things to do in Lagny-sur-Marne? Pin this article now, read it again later: 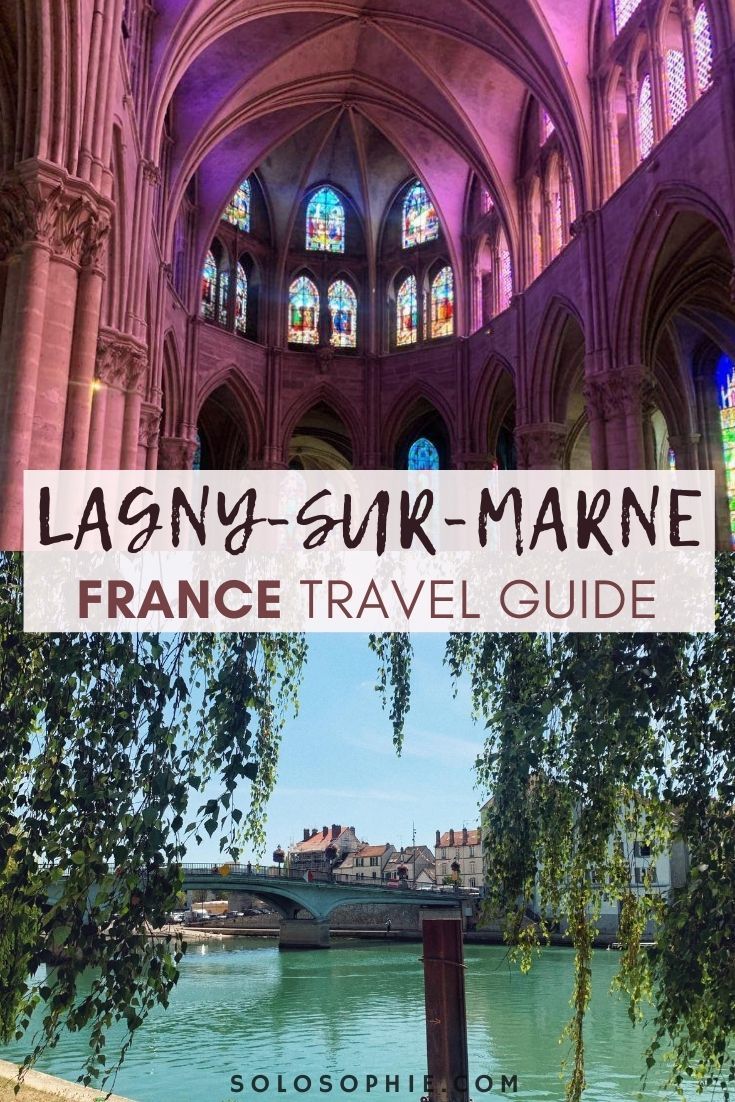 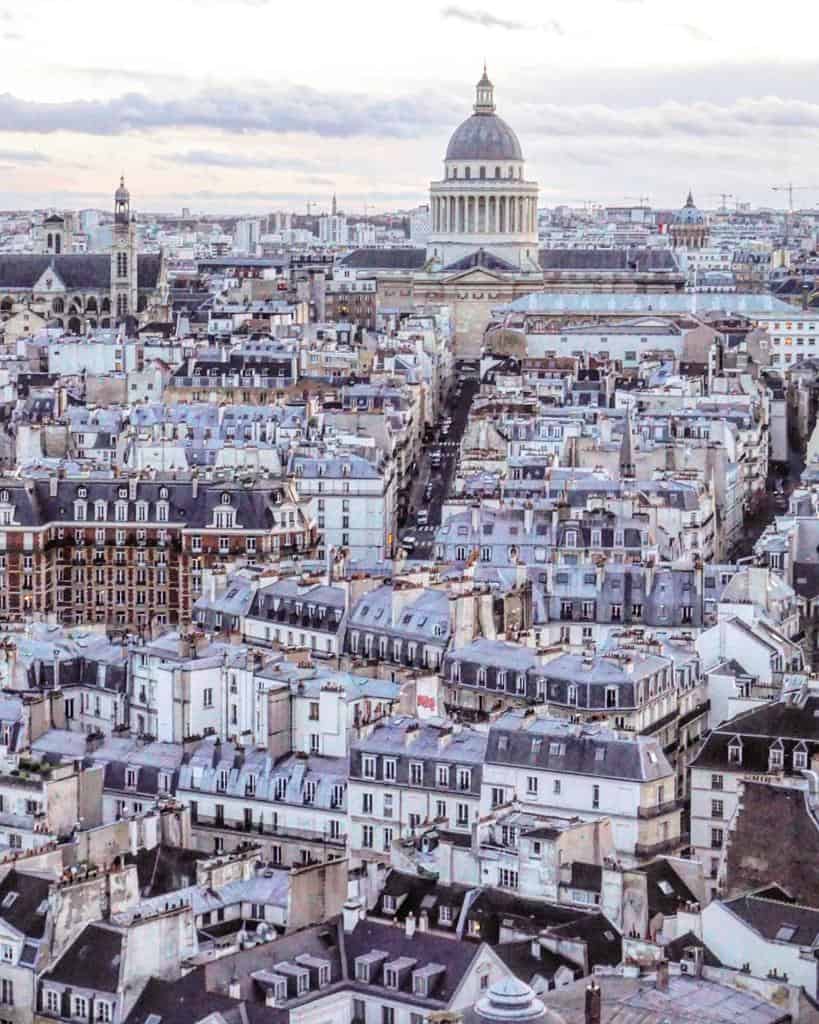 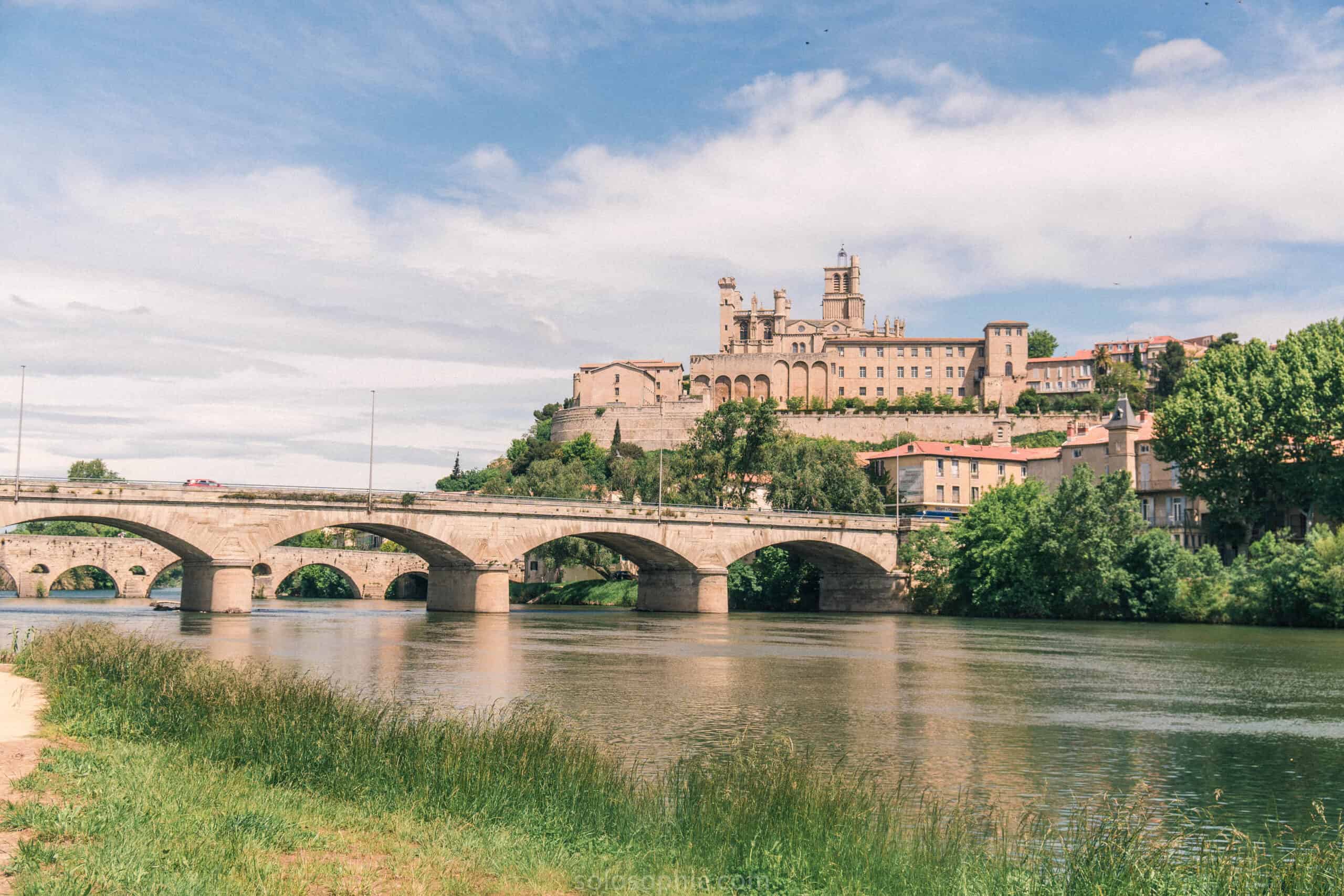 Where to Find the Best View in Béziers 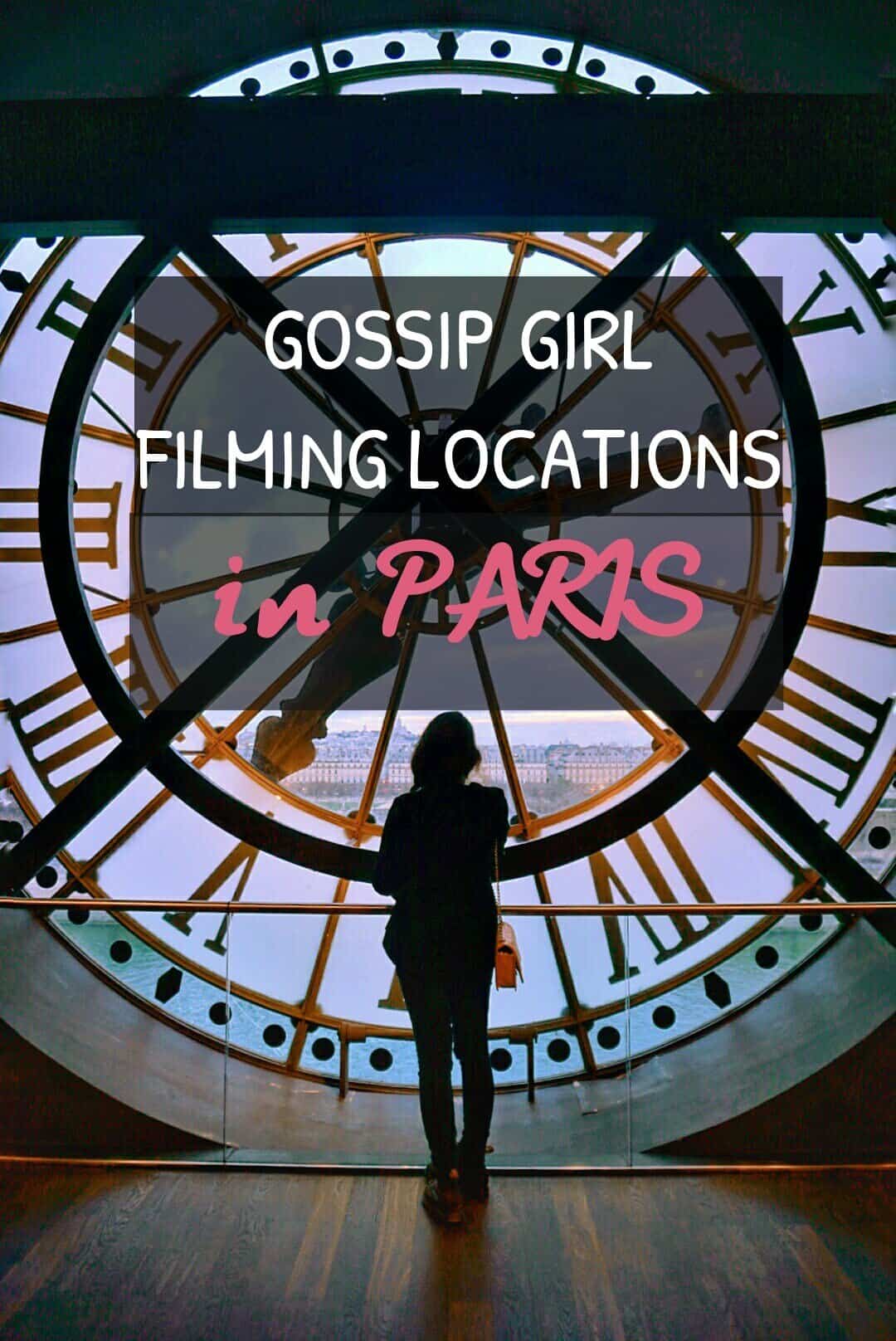