It was only meant to be for a short time. A precautionary measure. Until the end of the war, they said. But indeed, the ghost village of Imber has been abandoned for much more than a mere decade. Evacuated during the Second World War, Imber is one UK ghost town you’ve likely never heard of (but probably should have done)…

The ghost village can be found in the very heart of Salisbury Plain, a chalky grassland in the middle of Wiltshire. Known for its countless tumuli, proximity to the UNESCO site of Stonehenge, over half the plain is now owned by the Military of Defense, including the lost village.

Today, the public, former residents, and family members are seldom allowed to return to Imber, often for just a few weeks each year. In 2017, the church at Imber was open to the public for just four days.

And so, earlier this week, on a balmy summer’s afternoon, we ventured to Imber for ourselves, eager to see this ghost town before access is closed to the public forever. Please note that Imber can be visited as a short excursion from the city of Salisbury, which is around a half hour drive away or so.

The village of Imber had been inhabited since the 10th-century, perhaps even earlier. Evidence of Roman inhabitation can be found throughout Salisbury Plain. The village itself was first recorded in 967 and was even attested in the Domesday Book of 1086 as having a relatively small population of about fifty.

However, over the centuries, the number of residents grew, and at its peak, inhabitation of Imber hovered around 440 (in the 19th-century). In 1897 the Military of Defense, then known as the War Office, began buying up the land on Salisbury Plain.

Over the following decades, they acquired more and more land. During WWI, the manor house of the village, Imber Court, was used to house troops. An artillery school was built in 1920, while barracks were constructed some years earlier.

In Imber itself, the MOD had purchased many of the farms and houses in the village, leasing them back to the inhabitants on an annual basis. By the time 1939 rolled around, the population had shrunk a little and is listed as having been 152.

Once upon a time, Imber was a thriving village. A community with generations of the same family name living on site. That was, until one fateful day in 1943, when residents received a letter telling them to pack up their belongings and leave the village for what was to be the final time.

D-Day was swiftly approaching and the army needed a space to practice. Imber, with its lone location, cut off from the rest of the world, was chosen as the perfect place for the MOD to practice, with particular regards to the American allied troops. The villagers were told to evacuate, with the promise that they would be allowed to return following the end of the war.

They were given just 47 days to leave, informed one chilly winter’s day in the Village Hall. In amongst the chirping of the crickets and the gentle breeze, it’s hard to imagine what that must have been like all those decades ago. The community was soon ripped apart, families sent to live in various villages across the Wiltshire countryside.

And, in a time before the internet or mainline phone connections, it’s said that the blacksmith quite literally died of a broken heart mere months after being evicted from Imber.

Most tragically of all, most of the villagers left fairly peacefully, believing that they would be allowed to return following the war. Indeed, the Bell Inn continued renewing its license for two decades after the village was closed to the public.

Located in the very centre of the lost village, the 13th-century church of St Giles is the only building still fully standing of the once thriving community. Opened to the public on just a few occasions a year, this beautiful building was constructed in the late 1200s.

Within the church, the remains of medieval pictures can still be spotted on the walls today, while the graveyard is well maintained by volunteer whenever they are able to visit the village (just a few times a year.) Although access to the church is controlled by the MOD, the building remains under the jurisdiction of the Diocese of Salisbury.

While the church fell into great disrepair during the 20th-century, renovation projects in the past few years have meant that the six original bells (removed during the 1950s) were replaced in 2010. Many parts of the roof were also replaced. During my time at Imber, I was informed that at one point, the church was even hit by a shell!

Today, St Giles Church is managed by the Churches Conservation Trust. A charitable organisation who care for those ecclesiastical buildings which the world have otherwise since forgotten, other churches in their care include the Church of St Peter the Poor Fisherman, Revelstoke and St Martin’s Church, Exeter.

In a somewhat final slap in the face to the deposed villagers, the nearby army village of Warminster’s garrison church (i.e. the army’s own church) was dedicated as a St Giles place of worship in 1968 for the lost village of Imber. Indeed, the garrison church’s foundation stone was taken from the St Giles church of Imber.

While the St Giles church is all that remains of the ecclesiastical buildings in the village today, there were once two churches in Imber. Perhaps the most shocking sight in Imber is the ‘remains’ of the Imber Baptist Church graveyard, if they can even be called that.

For the church itself has long since been demolished. Constructed in 1839, the ecclesiastical building was demolished in 1977. All that remains is the churchyard. Now, out of over a hundred burial sites, just a few headstones survive, around ten in total. Many of the grave markers that still stand are damaged, broken, and the ground is much churned up.

A ghost village visit to remember

We pull up the car. Crickets chirp and birds swoop overhead. The story of Imber is a sad one; villagers forced to leave their homes, never to return. And the ever looming question of how much power a military should have. Today, very little of the original village remains.

There’s the two pubs (The Nag’s Head and the Bell Inn), the old manor house (Imber Court), several farmhouses, St Giles Church, four council houses built in 1938, the school… And that’s it. The rest of the buildings on site are mock-up exteriors, simply built for military training exercises.

Situated in the very middle of the Military Defense area, this part of the plain is constantly used for live military training. And looking through the visitor’s book, it’s a somber sight. The sheer number of comments saying ‘come back to see my former home,’ ‘visiting Mum’s grave’ highlights just a part of what the villagers’ who were forced to evacuate lost.

How to visit the ghost village of Imber

Should you wish to visit Imber yourself, it’s possible to see the village via a red Routemaster bus. Once a year, a number of vintage buses travel through the village providing transport from Warminster to the ghost village of Imber. The special route runs on just one day and is known as Route 23A. More details of 23A can be found here.

If you’re travelling to the village by car, then accessing Imber is slightly easier. Access to the village is normally during the Easter holiday period, as well as several weeks towards the end of August. The MOD reserves the right to close access to Imber at any time.

When visiting the village, you can only enter the St Giles Church, visit the Baptist Church graveyard, and walk along the main road. More details on Imber opening times can be found on Imber Church’s Facebook page. While on Salisbury Plain, heed all warning sides and be sure never to leave the road.

There are several car parking spaces once in Imber and plenty of volunteers dotted around. During St Giles opening times in the summer months, volunteers sell local jams, as well as cakes and coffees. Imber is truly a special place and I highly recommend a visit should you ever get the opportunity.

Found this article about the abandoned ghost village of Imber fascinating? Pin it now, read it again later: 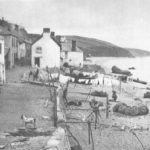 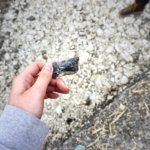 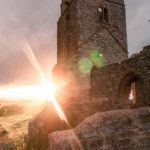 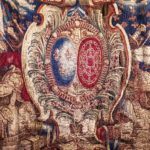