Walled, fortified, and straight out of a storybook: if you make it your mission to visit just one town in the Vaucluse, make it Avignon. Inhabited since time immemorial, the city may be best known for its Medieval History, but the town was once known as Avenio during the Roman Era and is filled with hidden gems worth discovering. Here’s your complete guide to the most unusual things to do and secret spots in Avignon.

A quick editor’s note: those who are looking to discover even more about the history and culture of Avignon together with a local guide might consider booking a guided walking tour with wine tasting like this one.

Situated on the fringes of the historic city centre, the church of the ancient Covent of Carmelites is one of the lesser known ecclesiastical buildings that Avignon has to offer. Construction of the church started in 1267.

With this being said, of course there have been plenty of restorations and renovations over the centuries that followed, right up until the present day. Free to enter, highlights include 17 chapels alongside the nave and early 17th-century panels by Guillaume-Ernest Grève.

Pisa may have its own famous tower, but Avignon too has a leaning tower which can be spied from many streets away. Situated not far from the cloisters, the Augustine bell tower presides over the rue de la Carreterie and is all that’s left of an ancient Augustine Convent. The stone tower itself was built between 1372 and 1377 in the typical Avignonaise style.

Avignon vineyard above the city in the Rocher des Doms

High above the Palais des Papes and boasting wonderful views of the Pont d’Avignon, the tiny Clos d’Avignon can be found within the confines of the Rocher des Doms park. Though the vineyard may appear as if it has been in situ for centuries, the row of vines overlooking the River Rhône were actually planted in the 1990s.

For those who love a little bit of medieval history, one of the best secret spots in Avignon can be found in the form of the old convent of Franciscans. The brothers arrived in the city in 1226 and, as was customary of the time, they built their church outside the original fortified walls.

The church was vast in size and wasn’t actually completed until the mid-14th-century! However, all this changed after the French Revolution when the ecclesiastical building was confiscated and sold off. Visit today and you can expect to find just one tiny chapel, a picturesque façade and a crumbling bell tower.

Steps away from the exit for the Palais des Papes, the adjacent garden lies beneath the citadel’s fortified walls and is a secret green space amidst the hustle and bustle of the maze of cobbled lanes and narrow streets that make up Avignon’s historic city centre.

With wonderful views of the Papal Palace in all its glory, as well as being a stone’s throw away from all of Avignon’s major attractions, there are benches on which to sit and relax, or perhaps even enjoy a picnic with friends during the summer months.

Of course, no visit to Avignon, and indeed no Provence itinerary, would be complete without at least a brief glimpse of the Pont d’Avignon. Partially washed away, the bridge has not only since become a symbol for Avignon, but for all of Provence.

While there is, of course, still a chapel on the bridge that you can visit (though bear in mind that to actually stand on the bridge, you’ll have to pay an entry fee), what many people don’t realise is that there’s also the crumbling walls of the 1731 constructed Chapel of Saint Nicolas next to the quay and directly below the bridge.

Though Avignon may be best known for its medieval history, the city was first founded centuries below and was once know to the Roman as Avenio, i.e. the windy scene. One of the best places to experience the best of Roman Avignon is on Place de la Mirande.

Back to the Roman remains and you’ll have to look pretty closely to actually spy the crumbling ruins on the left-hand side of the square when facing away from the hotel. After all, located below ground level, there are just a few blocks of stone that date back to the 1st century CE.

Though, of course, everyone knows about the Musée des Beaux-Arts and the Palais des Papes, there are also several more unusual museums in Avignon. One such can be found close to the town walls in the form of the Louis Vouland Museum. Housed within the walls of a former mansion house, the permanent collections feature Decorative Art from the 17th and 18th-centuries.

One of the best and yet little-known day trips from Avignon can be found just across the water from the walled city in the form of Villeneuve-Lès-Avignon. Easily one of the prettiest towns in Occitanie, the walk to this off the beaten path town is just forty minutes, while the bus or a car ride takes even less time.

Once in this pretty town, you’ll soon discover spectacular views of Avignon and the surrounding Provençal countryside. Otherwise, Fort Saint André is a stunning 14th-century fortification where you can meander along the ramparts, while the main part of town includes a centuries-old collegiate church complete with cloisters.

Enjoyed reading about the best secret spots in Avignon? Pin it now, read it again later: 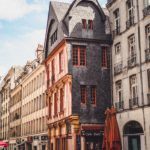 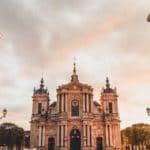 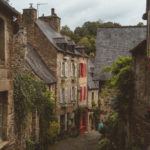 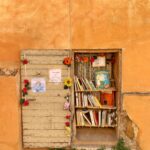