Some of the very best things to do in London can be found in the Holborn District, an area which is part of the quirky Borough of Camden (best known for its open air markets, unique clothing shops, and many bars and restaurants). Holborn itself is famous for its many restaurants, museums, and galleries, the area makes for one of the best places to stay in the UK capital. Here are the best things to do in Holborn!

A quick history of the Holborn District

The area is first attested in a Westminster Abbey Charter of 959 and the name most probably derives from ‘hol’ for hollow and ‘bourne’ for the stream. At that time, the area was actually outside of the jurisdiction of the city of London, and instead in that of the Kingdom of Wessex.

However, times have changed and the district is now located in zone one of the city. Holborn is the main tube station the area has to offer. And from there, it’s more than easy to walk around the rest of this modern and bustling district which is filled with a surprising amount of history. 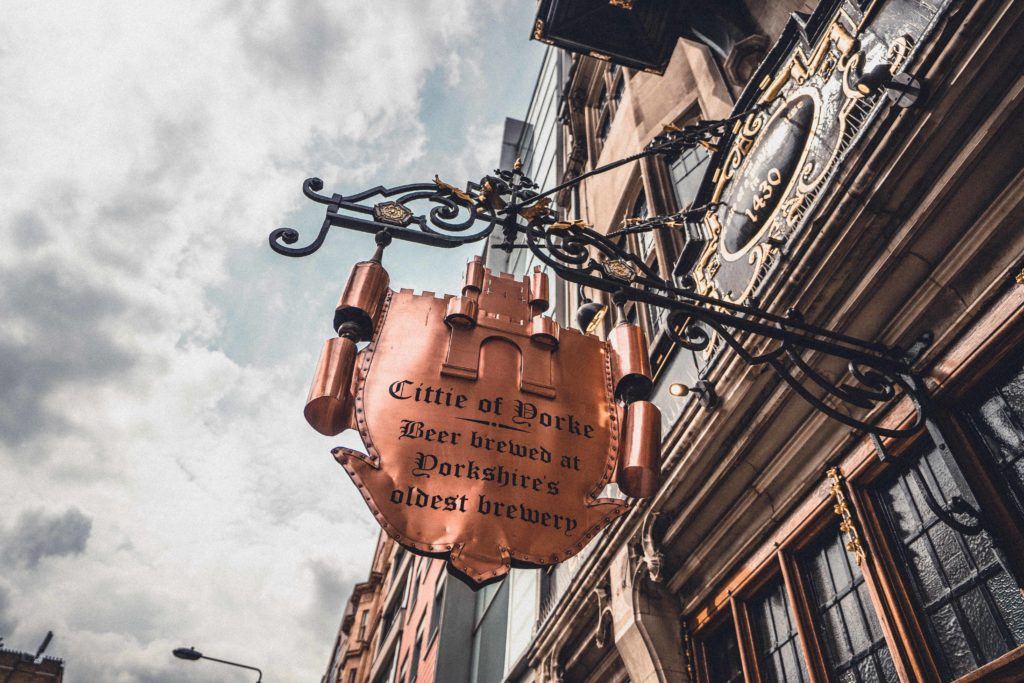 Best Things to do in Holborn

Ever heard of the only store in London not to have burnt down during the Great Fire of London? No? Well here’s your chance… The Old Curiosity Shop is a curiosity in itself. Although probably not the actual shop mentioned in the Charles Dickens’ novel (it was suspiciously renamed after he wrote the novel), Dickens, who lived in the nearby area of Bloomsbury, was known to frequent the store.

Built in the 16th century, it miraculously survived the Great Fire of London, which burned down the majority of London, including Shakespeare’s Globe Theatre! Nowadays it is used as a storefront for a bespoke shoe designer. It also looks pretty funny amongst all the modern LSE buildings and shiny apartment blocks! What do you think? 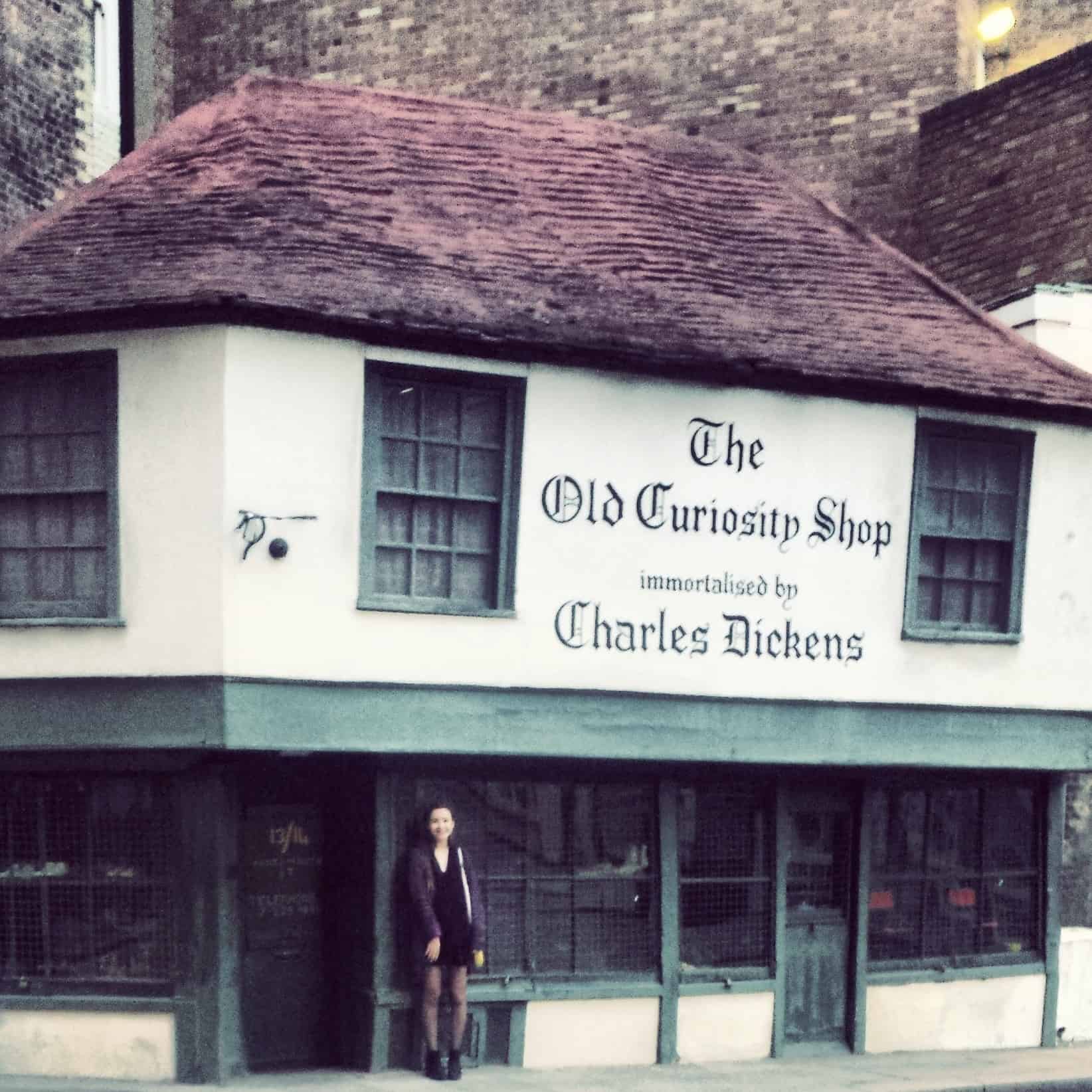 Free to visit, Lincoln’s Inn Fields is the place where the Apprentice TV Series was filmed. The area is full of law firms and independent cafés serving fresh brews and tasty cakes throughout the week. The park in the centre of the square is most definitely the best place to check out the blossom in the springtime and a perfect place to have a picnic between museum visits.

The Sir John Soane Museum and the Hunterian Museum are located either side of the square. If you’re visiting around London and want to see London on a budget, then I recommend purchasing a sandwich nearby and sitting in the green space Marvel at the treasures within the Sir John Soane Museum

This little-known gem is loved by almost everyone who visits and is probably my favourite museum in The World. Built by Sir John Soane (he designed the front of the bank of England) in the late 1700s/ 1800s, he had an act of parliament passed in order to donate the museum to the country and preserve the beautiful interiors. Think dark corridors and an amazing amount of architecture squeezed into a tiny space.

Be prepared to step back in time; no cameras or phones are allowed in the museum. Crazy. Want to know more? Here are 10 secret spots in London you’ll want to return to again and again! 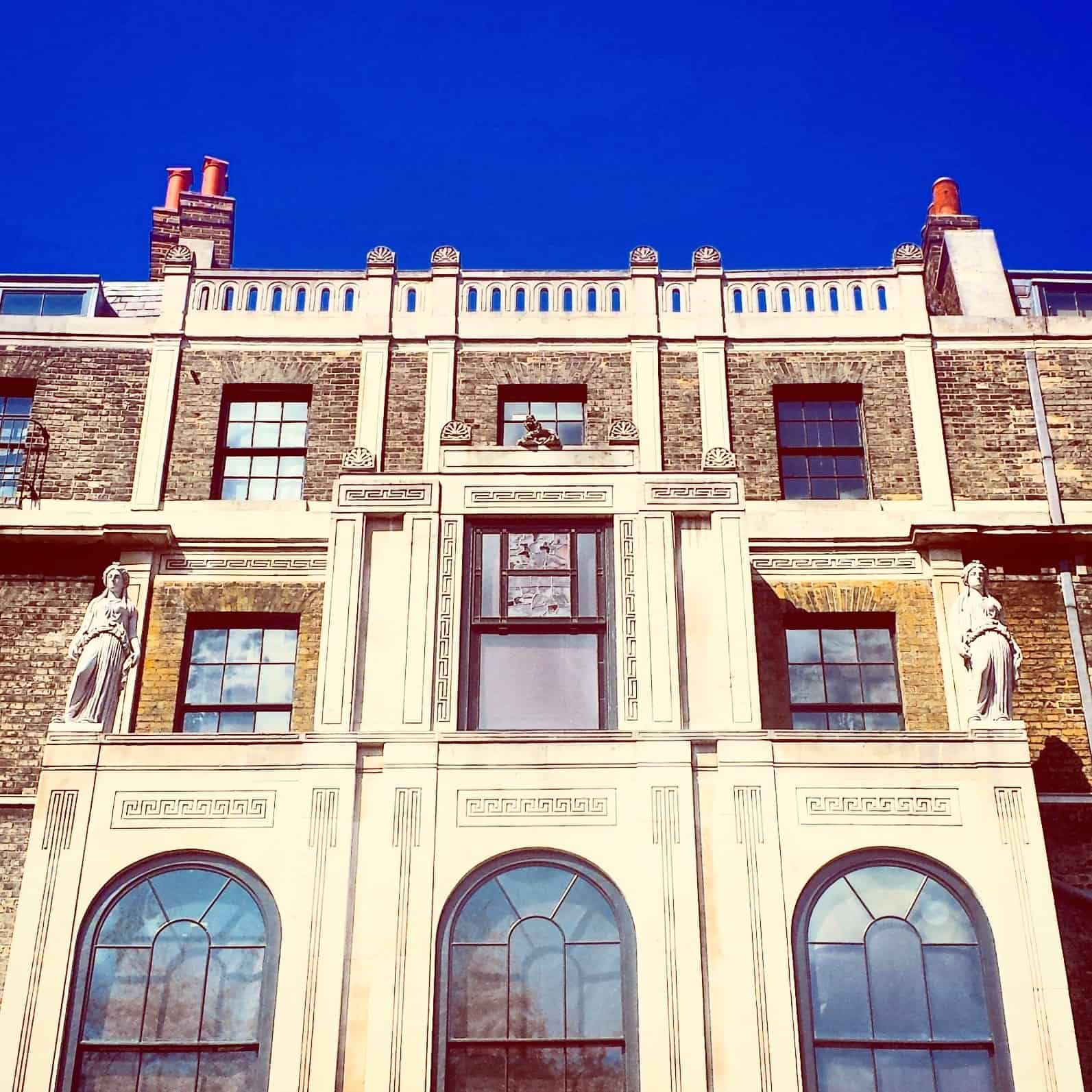 Just across the Lincoln’s Inn Fields from the Sir John Soane’s Museum, in central Holborn, you’ll find the Hunterian Museum, which is part of the Royal College of Surgeons. Free to visit, this cultural space is home to a collection of around 3500 human and animal specimens.

Inside, you’ll find plenty of exhibits incorporating models, paintings, and instruments dating all the way back to the 17th Century. The collection began in 1799 when the British government bought a collection (then comprising of around 15000 specimens) that had been collected by the surgeon John Hunter during the course of his life. Today, a visit to the museum is one of the best things to do in the Holborn District of London. 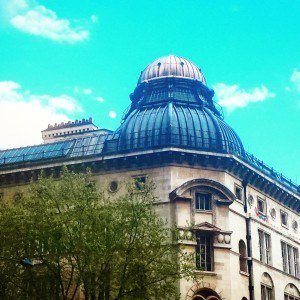 Drink a Pint in the Cittie of Yorke

If you’re in search of a unique foodie experience at fantastic prices in the heart of Zone One, you simply need to head to the Cittie of Yorke. Although this pub looks like something straight out of a medieval time-warp, visitors will soon be surprised to learn that the pub actually only dates back to the 1920s, when the drinking establishment was reconstructed using elements of the middle ages pub. 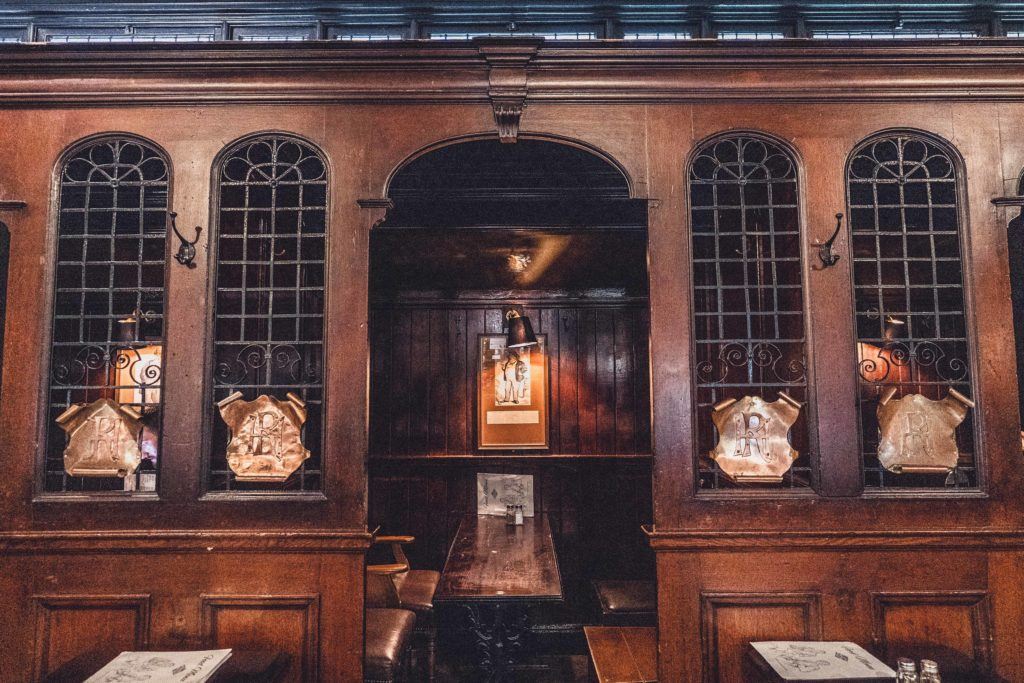 Where to stay in Holborn District

Close to many of the main attractions London has to offer and situated right in the heart of the city, Holborn is one of the best places to stay in the UK capital. Here is some of the best accommodation in this chic and trendy district:

If you’re looking for somewhere that’s uber luxurious, then this five-star luxury hotel has all the amenities you could ever want… And it’s in an ideal location, perfectly suited to discovering all of the Zone one attractions close by. Check rates and availability here.

Part of a larger hotel chain with boutique accommodation all over Europe, including in Paris, the Hoxton has a number of beautifully appointed rooms and is well-reviewed. Check rates and availability here. 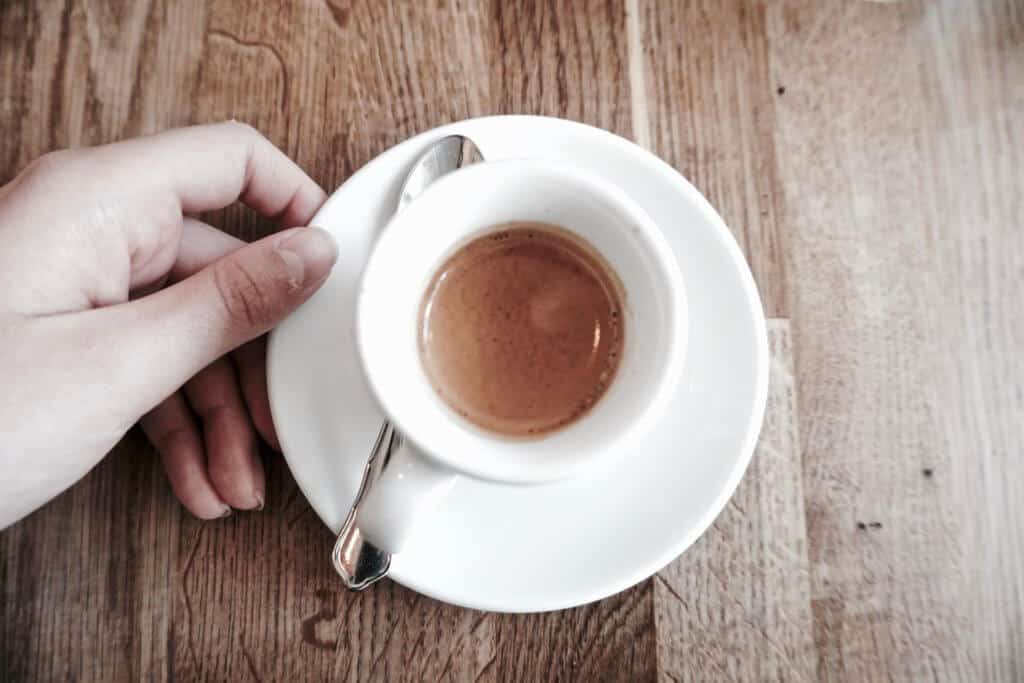 Where to eat, drink, and caffeinate in Holborn

As one of the trendier districts in Camden, it should come as no surprise that while there are plenty of places to find food and drink in Holborn, prices certainly don’t come cheap! Here are the very best cafés, bars, and pubs in the area:

If you simply want to caffeinate while in the Holborn district, then you need to look no further than this hidden gem of a coffee shop which serves teas and cakes at reasonable prices!

Part of the ever-chic Rosewood Hotel, this restaurant serves firm British favourites with a modern twist. The eatery is also open for traditional British afternoon teas.

For those looking for some Italian food while in London, the well-reviewed Isolabella restaurant serves pizzas, pasta, as well as plenty of other dishes.

If you want to eat some Vietnamese food, then you need to look no further than Banh Mi Bay, a pretty restaurant serving freshly cooked dishes at reasonable prices. 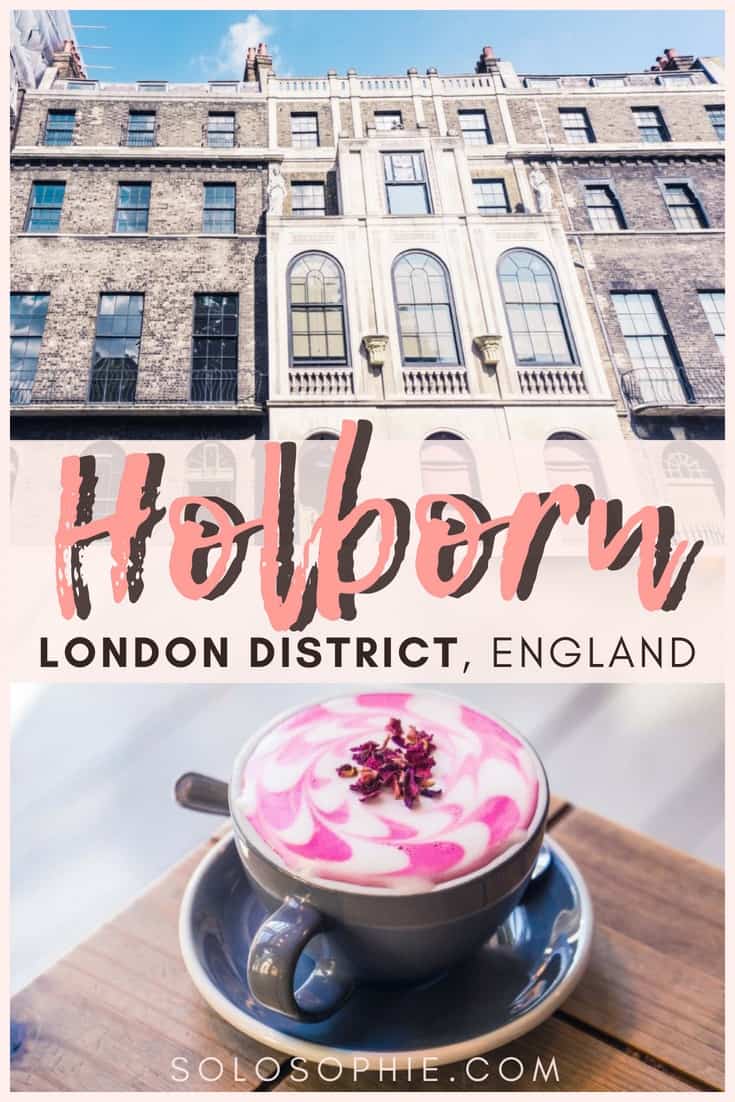