Friday 13th is widely regarded to be unlucky throughout the English speaking world. A fear of Friday 13th even has its own name: paraskavedekatriaphobia. Some people do anything to avoid flying on a Friday and are less likely to spend money on non-essential products. But why is Friday 13th unlucky, anyway?

Well, some airlines and residential buildings go as far as to remove the number 13 from their businesses because of the sheer volume of people who refuse to live at or sit in a number ’13’ seat. Plus, an entire film franchise of Horror Films has sprung up regarding ‘Friday 13th’ (with the films regularly being released on said day).

The Number 13 is considered bad

Since biblical times, the number 13 has been regarded as superstitious. In many religions, 12 is the number of completeness. On Mount Olympus, in Greek Mythology there are 12 major gods. Today, there are 12 months in the calendar year, and so on. As 13 is the next number after 12, it’s seen as a number of non-completeness.

In Norse Legend, Loki was the 13th mythological demigod and bringer of evil and misfortune. In Christianity, 13 was the number of those present at the last supper; with Judas being the 13th guest and the man responsible for Jesus’ ultimate execution and death.

Furthermore, in many cultures, 13 is associated with femininity and the lunar cycle (female menstruation). As there are 13 lunar cycles in a year, many goddesses have been associated with the number 13 throughout history. In an ultimate act of sexism, 13 has gone on to become associated with misfortune by misogynistic men. On another note, you also need 13 witches to form a coven… 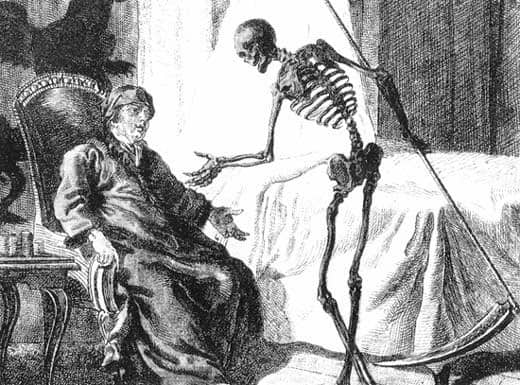 Personification of death holding a scythe, courtesy of Wikipedia.

Friday is the worst day of the week

I think that many of us can agree that, even in today’s society, Friday is one of the worst days of the week! As the 5th day in the office for most people, it’s a hard work day before a well deserved weekend break. Well, throughout history, Friday has been associated as the unluckiest day of the week as well.

Yet again, Friday finds its associations with bad luck in the bible. After all, in the bible, Jesus was crucified on a Friday. In the Canterbury Tales by Geoffrey Chaucer, Chaucer states that ‘it’s unlucky to start both a journey and/ or a project on a Friday’.

The last Supper by Leonardo da Vinci. Jesus and his twelve disciples have been painted sat around the table, eating what is to be Jesus’ Las Supper. In the Da Vinci Code, Dan Brown speculates that the figure to Jesus’ left is not a disciple but Mary Magdalene.

So why is Friday 13th Unlucky? (Knights Templar)

Well, when you add Friday and the number 13 together, you just get overall bad luck and a general superstition towards the day. However, one particularly prevalent myth as to the origins of the superstition is that the exact origins of Friday 13th began in France during the 14th-century.

Founded in the 12th-century, the Knights Templar was a Catholic military order who were active until a papal bull in 1312. Closely tied to the crusades, the order was powerful and have been linked to everything from the truth about the Holy Grail to searching for the Ark of the Covenant.

Their association with conspiracy theories is only aided by the fact that the order were so wealthy and during just a few centuries, had managed to build a system of estates, castles, and land ownership throughout Europe.

On Friday 13th October 1307, hundreds of members of the Knights Templar were captured, forced to admit to false confessions and burned at the stake on order of Philip IV of France, who was in debt to the order. In time, this murderous event became more closely associated with Friday 13th, thus furthering the superstition of Friday 13th. 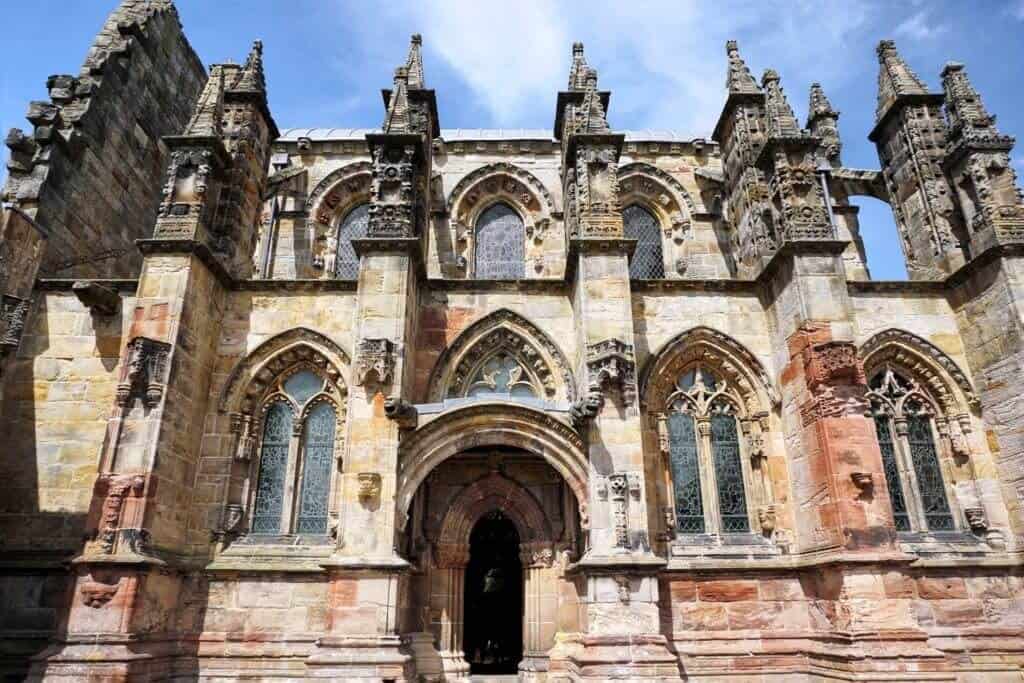 Rosslyn Chapel is a former collegiate church and restored ecclesiastical building that’s an easy day trip from Edinburgh in the small village of Roslin. It’s widely associated with the Knights Templar and was even referenced in Dan Brown’s best-selling book, the Da Vinci Code.

But wait, what about Tuesday 13th?

While Friday 13th may be seen as English speaking countries across the World, the same cannot be said for Spain. In Spain, it’s actually seen as lucky is a baby is born on Friday 13th. However, in Spanish and Greek culture, Tuesday the 13th is best avoided if you can help it.

In Greek History, the fall of Constantinople (modern-day Istanbul) occurred on Tuesday 13th, 1204, and then again to the Ottomans, on another Tuesday 13th. I’d say if the heart of your empire fell twice, both times on a Tuesday 13th, then you’d probably feel that Tuesday 13th was kind of pretty unlucky.

Oh and the fact that in Ancient Greek, Tuesday was the third day of the is likely where we get the saying “bad luck come in threes” from. In Greek culture, it’s also considered that Tuesdays are dominated by the God of War, Ares, furthering the belief that Tuesdays are particularly unlucky! 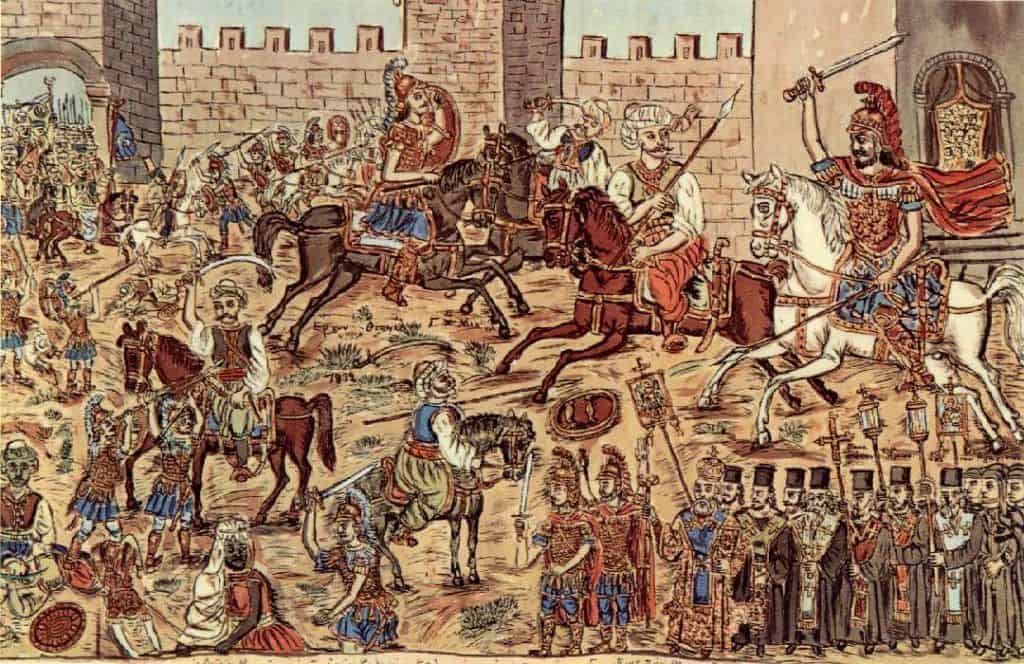 A depiction of the fall of Constantinople Constantine Palaiologos, 1932. Image courtesy Wikipedia.

So, you’re already avoiding Tuesday the 13th and Friday 13th. All good now? Well, no! Simply put it’s not the 13th that’s seen as unlucky in Italian culture but Friday 17th. Popular legend says that the tradition of fearing the 17th traces its roots all the way back to the Roman empire.

When writing out 17 in roman numerals, you get XVII. Shift the letters a bit and you get Vixi in Latin (I have lived). Like, living is no longer an option and death is in the air. Yeah, super spooky. In Italy, Friday the 17th is still widely regarded to be particularly unlucky. 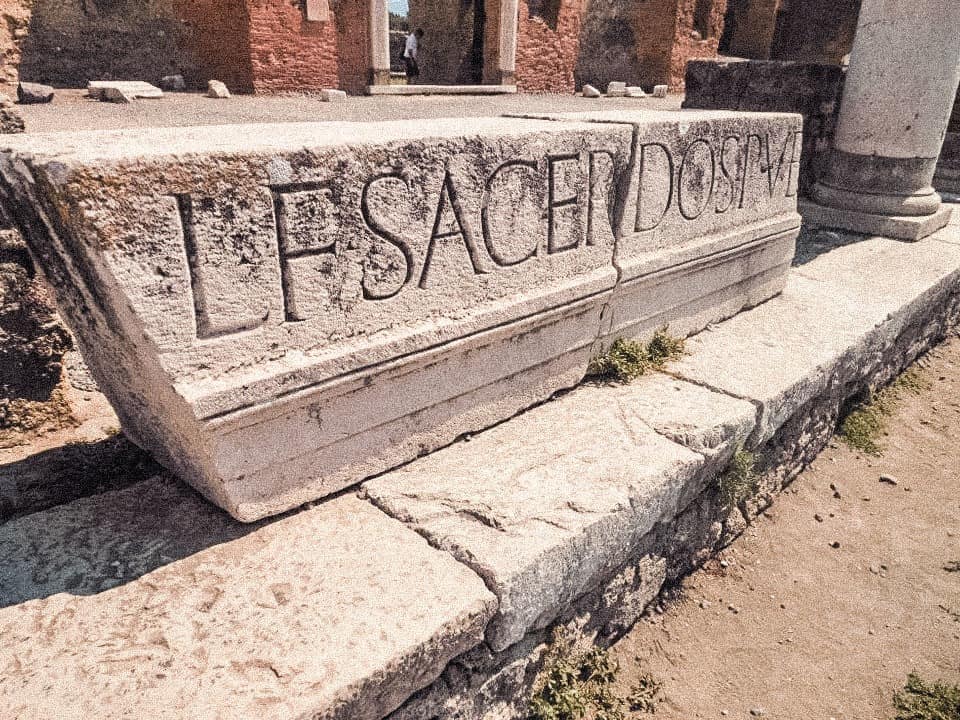 Is there any truth to the matter? Should we be wary of Friday 13th?

So now we’ve established why Friday 13th is unlucky, should we be worried? Is there any truth to it? Well, maybe, but probably only because people are making it so. Your house is likelier to sell at a lower price on Friday the 13th and road accidents increase on the day.

However, you may well be more likely to get into a road accident on Friday 13th because everyone is jittery and nervous about driving on an ‘unlucky day,’ making everyone more likely to have an accident. Perhaps the only spooky statistic is that in the next 4800 months, the 13th day is likelier to fall on a Friday than any other day of the week… 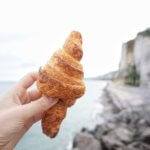 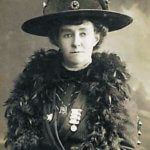 THE INCREDIBLE STORY OF EMILY DAVISON & WOMEN’S RIGHT TO VOTE 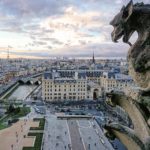